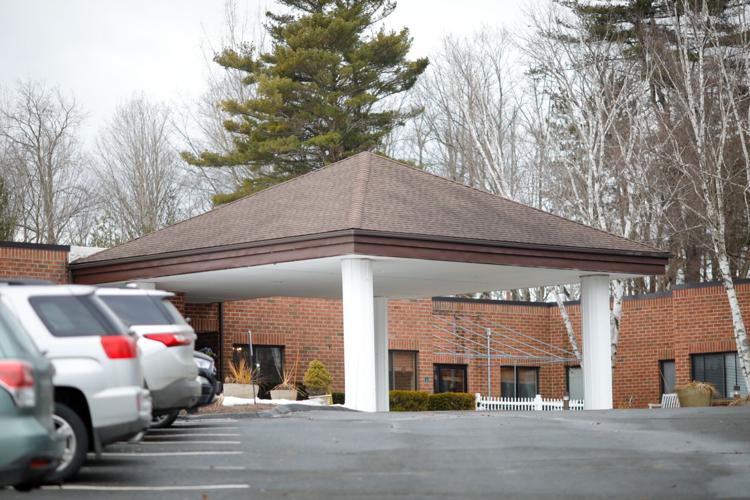 National Guard and state Department of Public Health workers arrived at Springside Rehabilitation and Skilled Care Center in Pittsfield on Thursday to help provide care amid staffing shortages and charges of neglect. 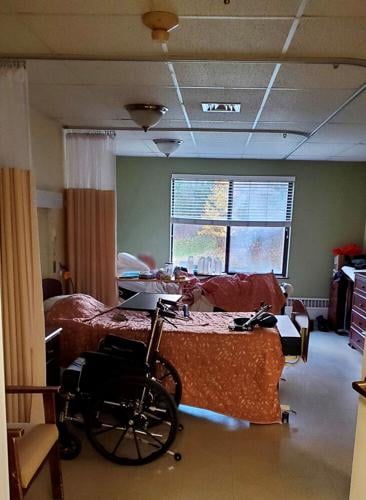 A room at Springside. Local officials and lawmakers say they are turning their attention to the Lebanon Road facility in the wake of the reports of neglect.

PITTSFIELD — Four National Guard members and 13 additional health care workers from the state arrived Thursday at a city nursing home where reports of neglect have accelerated in recent weeks amid a coronavirus outbreak.

“I want families to know that we are well aware of their concerns and we are actively engaged on their behalf and raising the alarm."

An inspector from the state Department of Public Health also arrived unannounced Thursday morning at Springside Rehabilitation and Skilled Care Center, in response to reports of more new COVID-19 cases, according to the agency.

Also, the DPH’s Rapid Response Team returned Thursday, two days after having spent several days at the facility to help with nursing care and infection control.

Springside owner Kevin Morris, president of BaneCare, emphasized that inspectors had arrived for an infection-control inspection, not a complaint-based inspection arising from reports of neglect, “which we wholeheartedly deny.”

And he noted that the Rapid Response Team is required to report instances of abuse or neglect, which, he said, it has not done.

“The Rapid Response Team has been a godsend with assisting the facility to care for our patients and residents while our employees recover from COVID,” Morris said. “They are reporting back to us that they have no issues.”

The team also reported no serious infection-control issues but “isolated instances” of staff not properly wearing protective equipment, according to the agency.

Local officials and lawmakers say they are turning their attention to the Lebanon Road facility in the wake of the reports of neglect, including an incident last week in which a woman concerned for her mother’s safety called police to help get her out.

Mayor Linda Tyer said she is working with the DPH and has spoken directly with state Department of Health and Human Services Secretary Mary Lou Sudders.

A daughter couldn't reach anyone at her mother's Pittsfield nursing home. So she called the police

“I want families to know that we are well aware of their concerns and we are actively engaged on their behalf and raising the alarm,” Tyer said, noting that she sensed urgency from Sudders and the DPH.

State Rep. Tricia Farley-Bouvier, D-Pittsfield, said that “At this point, I have more questions than answers, but we need to demand answers.”

“I’m alarmed, along with my constituents, about the conditions being reported out of Springside nursing home, and I will work closely with the Department of Public Health to ensure that they are addressed,” she added.

Troubles at the facility began mounting late last month, when the number of COVID-19 cases grew among residents and staffers. Springside reported at least 42 resident cases and 18 staff cases since Jan. 25, according to information on the facility’s website.

Workers familiar with the situation, who spoke on the condition of anonymity, said an already-strapped nursing staff was reduced to dire numbers because of quarantines, with ratios, at times, of one aide to 53 residents.

Since reporting on the case last week of police being called to get the woman’s mother out, The Eagle has received numerous reports from those whose relatives have stayed in the facility, and from health care workers familiar with the situation.

If a resident, their representative, or their family members have complaints or concerns about the care they receive while in a long-term care facility, they can contact the facility’s long-term care ombudsman, at 413-499-0524, to provide assistance.

Or they can file a complaint with the state Department of Public Health by calling 800-462-5540.

They allege neglect that includes call bells going unanswered for hours, and staffers scolding people who continue to press them. Other common allegations include abrupt weight loss, medication that is late or never arrives, double-diapering and, in the most extreme circumstances, people lying in their waste for up to 10 hours.

Many say administrator and receptionist phones mostly go unanswered, and patients, residents and their families often are met with dismissiveness and sometimes hostility when concerns are brought to administrators and most caregivers.

One man, calling the situation “a humanitarian crisis at the local level,” raced to Pittsfield from another state to remove his father about an hour after police were there last week to help the woman transfer her mother.

Understaffing at the 135-bed Springside, and most nursing homes, is nothing new, though the coronavirus pandemic has exposed the problem by creating a new layer of staffing shortages because of quarantines. Nursing home operators say they also are having difficulty finding people to work.

An Eagle analysis of federal staffing data shows that the facility, like most, long has had staffing levels below what federal regulators consider safe. Springside’s most recent staffing level reports to regulators show levels below state and national averages, and for RN care, significantly lower than what is considered safe and adequate.