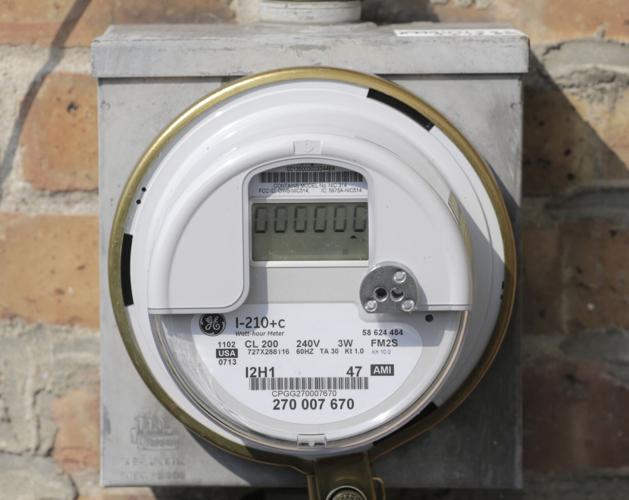 State legislators will send a letter asking the Department of Public Utilities to review and potentially lower already approved rate increases for gas and electricity. The move comes as utility bills skyrocket for customers across the Commonwealth, after the DPU allowed utilities to pass along higher supply costs, mainly due to rising prices for natural gas due in part to the war in Ukraine. 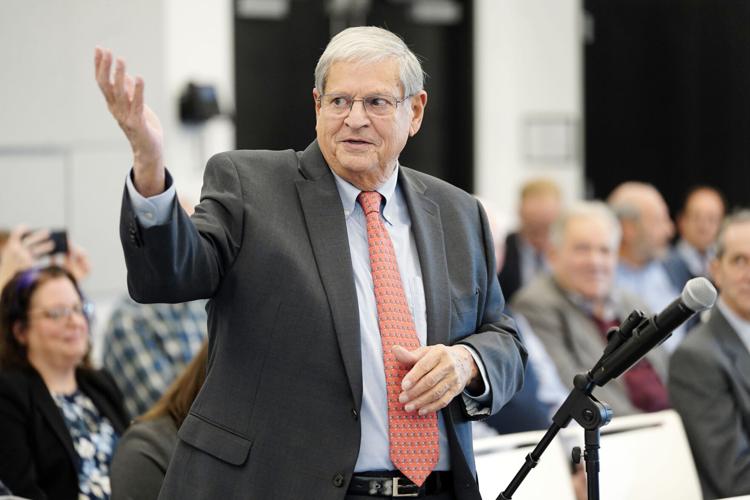 State Rep. John Barrett III speaks at a Pittsfield hearing in early December. He and other lawmakers want the state Department of Public Utilities to review recent rate increases for electricity customers.

State legislators will send a letter Wednesday morning to the Department of Public Utilities asking the agency to review and potentially lower already approved rate increases for gas and electricity.

The move comes as utility bills skyrocket for customers across the commonwealth, after the DPU allowed utilities to pass along higher supply costs, mainly due to rising prices for natural gas due in part to the war in Ukraine.

The letter’s main sponsors are representatives of the Berkshires.

Berkshire County residents call their recent electric bills 'horrifically expensive.' If you were shocked by your bill, you're not alone

The DPU approved the rate changes — about 64 percent for National Grid on Oct. 31 for the period of Nov. 1 to April 30. The agency on Nov. 18 approved rate increases for Eversource of about 43 percent, in effect from Jan. 1 to June 30. 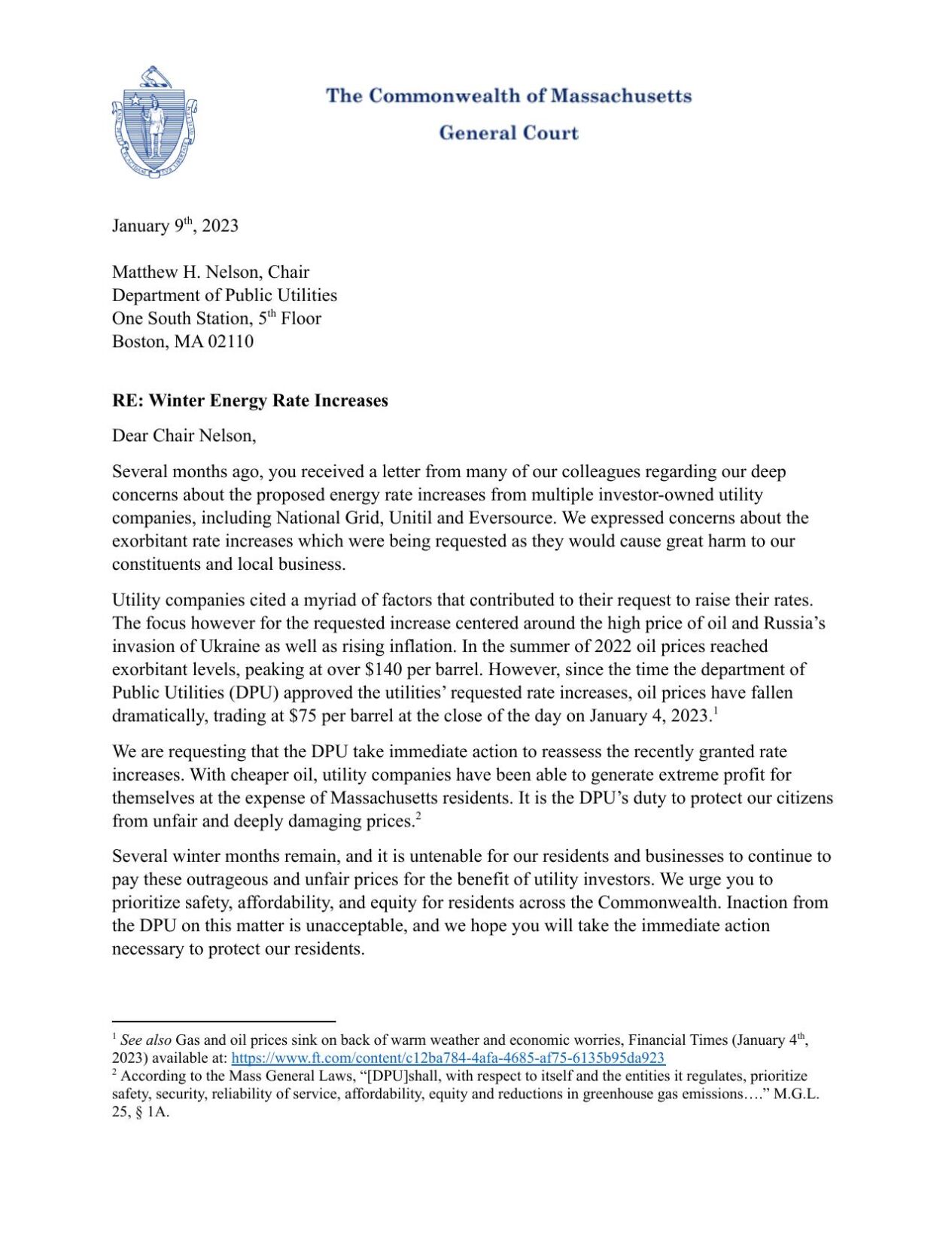 “Several winter months remain, and it is untenable for our residents and businesses to continue to pay these outrageous and unfair prices for the benefit of utility investors,” the letter reads. “It is the DPU’s duty to protect our citizens from unfair and deeply damaging prices.”

The letter notes that utility companies cited many reasons to justify the increase in costs, including fuel supply and demand, weather and the cost of alternative fuels. The letter zeroes in on the cost of oil, however, as a major contributor.

The letter says that after peaking over the summer, oil prices dropped dramatically through the end of the year. On Jan. 10, oil cost roughly $75 a barrel in the U.S., according to Bloomberg. The drop in prices should prompt further review of the rates, the letter reads.

Without additional action, the department would next review rates in April. But Barrett and other legislators don’t want to wait that long, with state residents paying higher rates now.

Barrett said the letter is still gaining signatures, but already has between 85 and 90 supporters.

Barrett said the rate increases need to be addressed immediately. He’s been raising concerns since October, before the rates were approved.

In an Oct. 11 letter, over 100 state legislators wrote to the DPU expressing concerns over the rates and urging the department not to pass on the costs to consumers in the midst of pre-existing inflation from global events.

“Our constituents already feel the impacts of these macroeconomic factors,” the October letter reads. “They encounter them when they buy groceries, fill up their car, or pay for medical expenses. Under the proposed rates, keeping themselves warm during the winter would be just another heightened cost passed along to Massachusetts residents.”

Barrett said he was frustrated with the DPU’s response to the original letter. The department’s correspondence with the legislators outlines steps the state had taken to try to soften the blow of higher utility costs, including promotion of the state’s fuel assistance program, the Low Income Heating and Energy Assistance Program, and payment plans to help people struggling to pay their bills.

The response letter, signed by department chair Matthew Nelson, also highlighted the Mass Save program, which offers energy audits for state residents. Nelson said measures employed by the department would also reduce the impact of the rates by about $15 million.

In Barrett’s opinion, those measures are only delaying the hurt, not solving it.

“They talked about how they put a moratorium on electric and gas service shut offs, [which begins on Nov. 15 and] runs through the 15th of March,” Barrett said. “That’s great, but people are still being left with these astronomical bills. In my district, I had one electric customer who saw their bill go from $350 to $750 a month.”

Barrett said he hoped the department would take action.