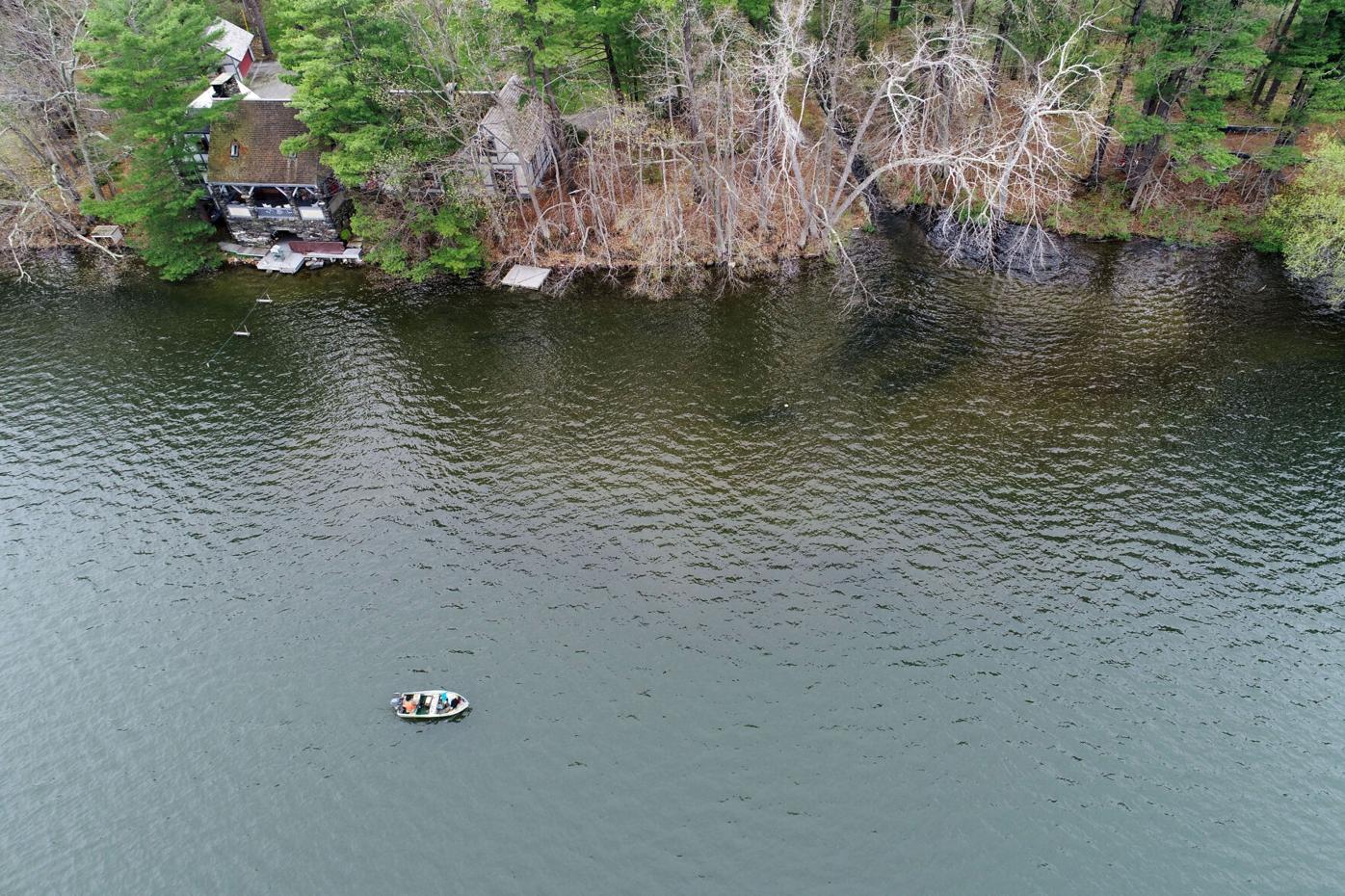 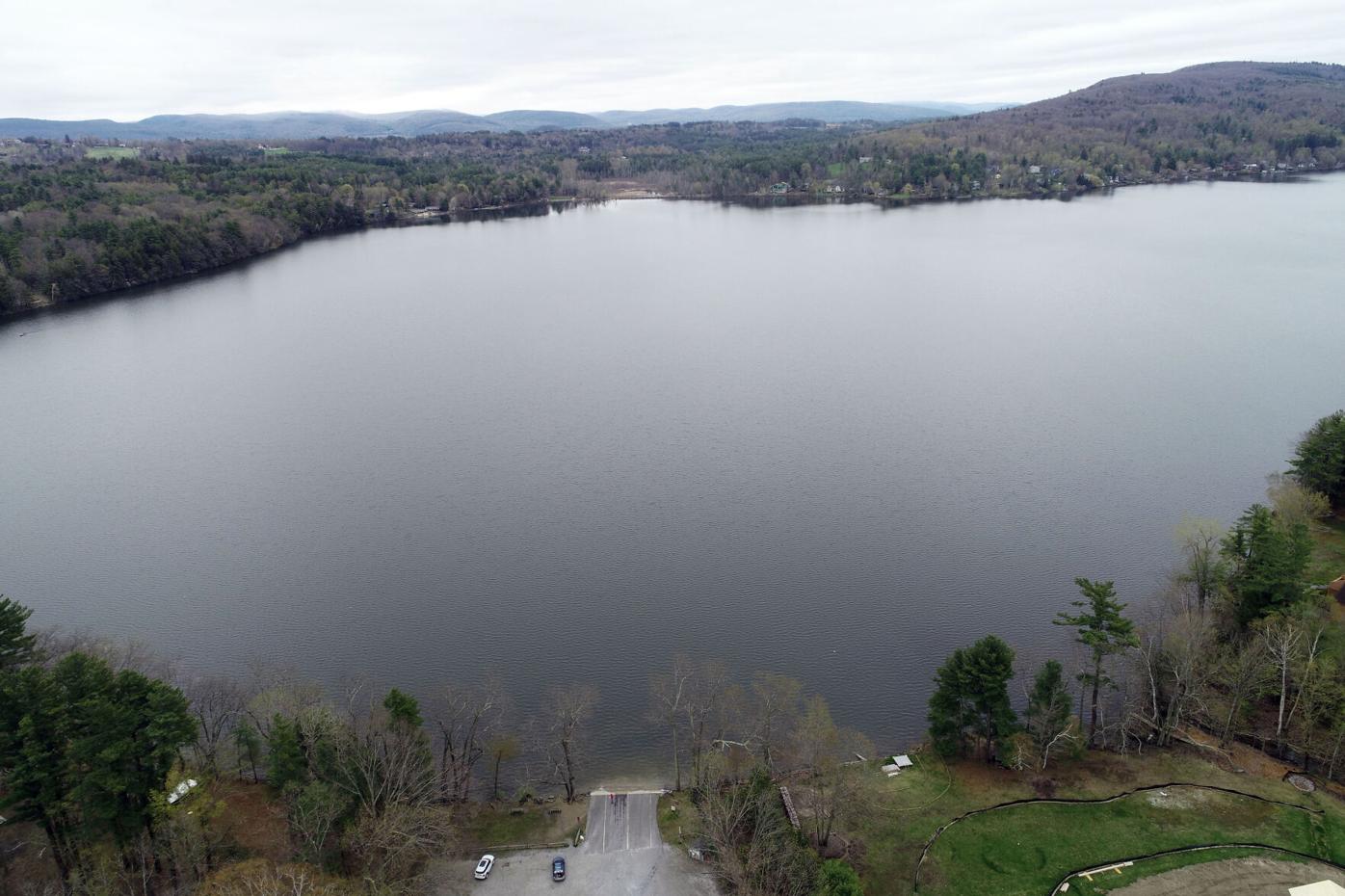 A weed-harvesting plan for limited portions of the Stockbridge Bowl is in the works this summer to control Eurasian Milfoil. 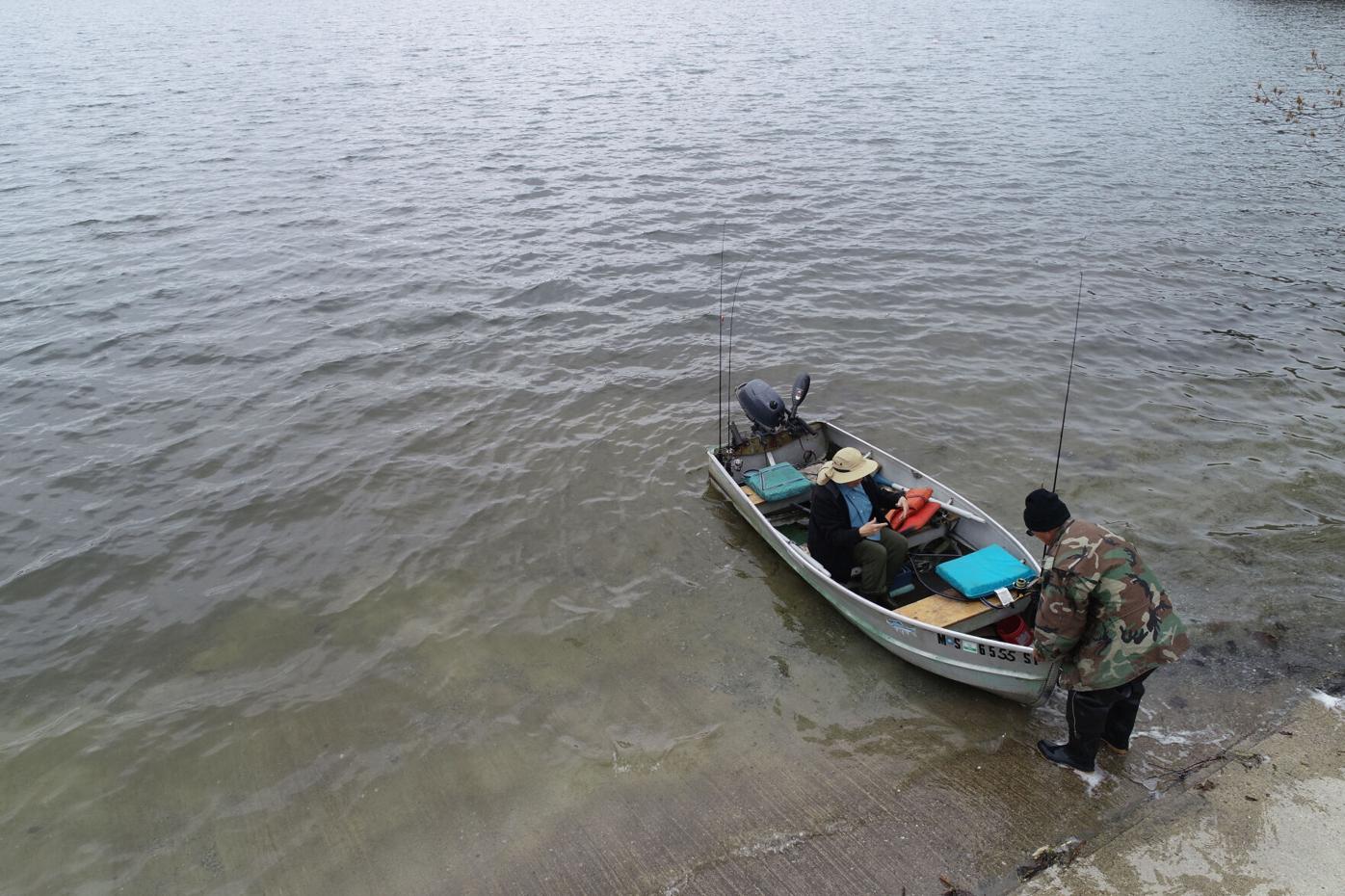 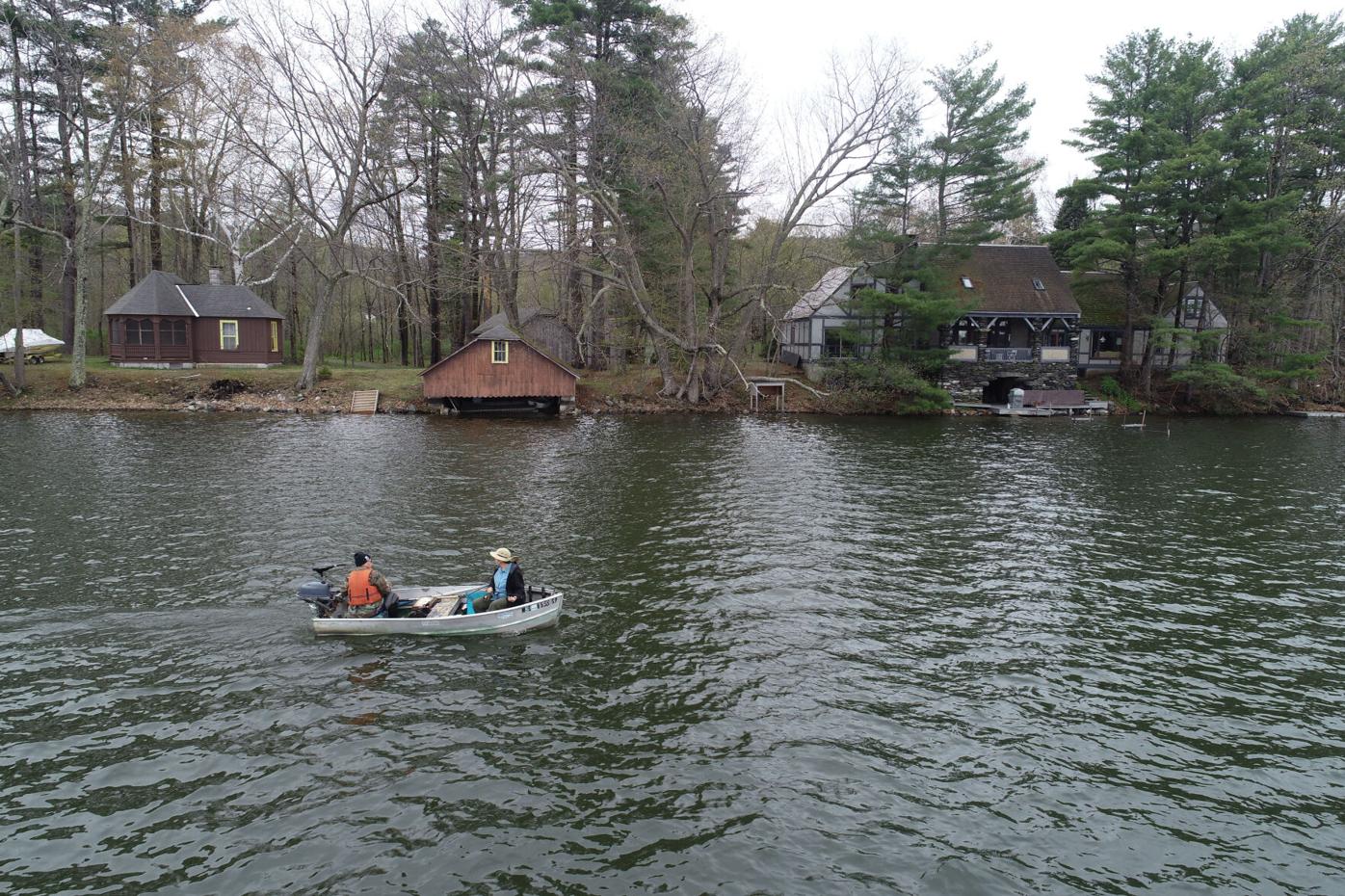 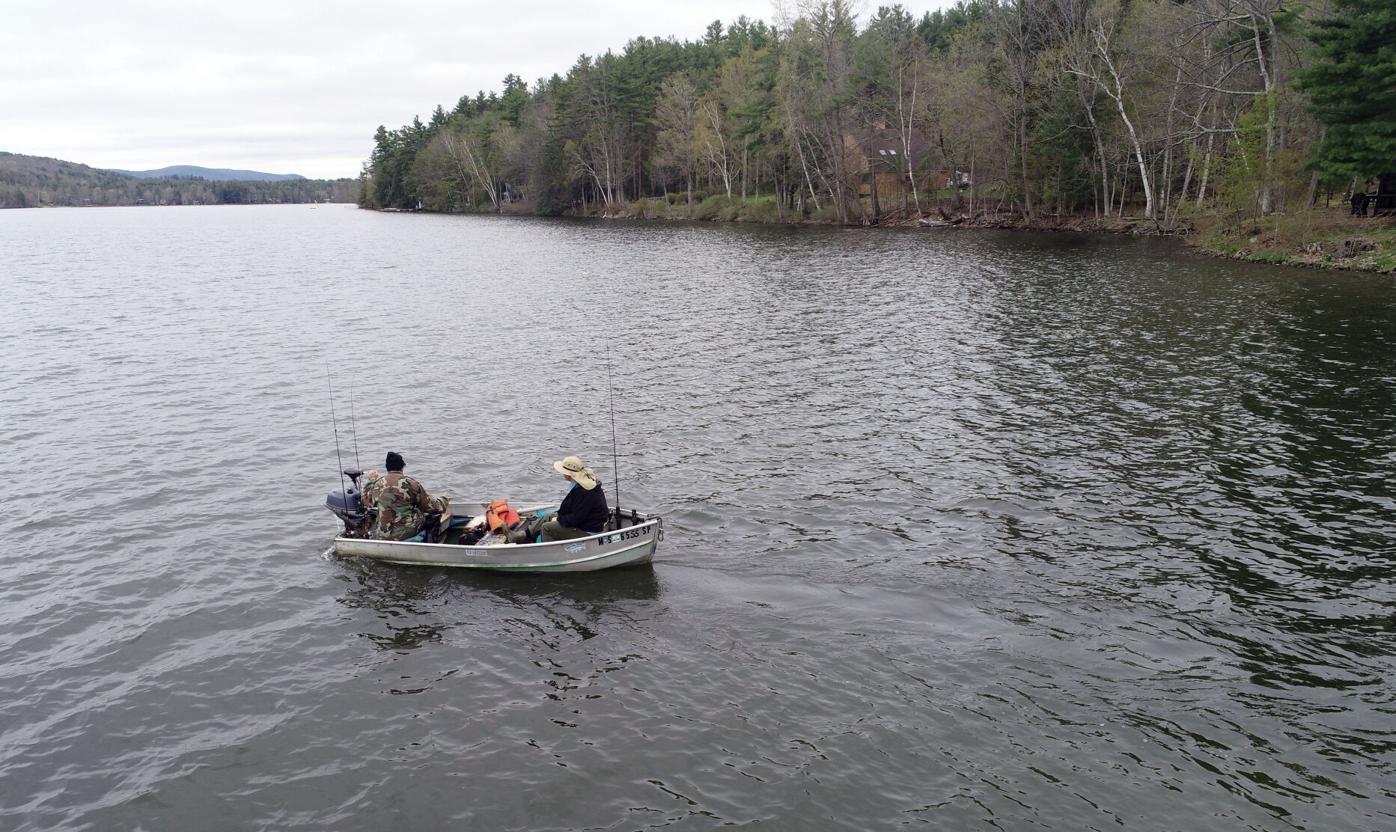 But, if the Eurasian milfoil weeds that bedeviled the state-owned, town-maintained “Great Pond” in most previous summers (excluding last year) return, the game plan to attack any infestation remains murky.

A weed-harvesting plan for limited portions of the lake this summer is “almost finalized,” Town Administrator Michael Canales told the Select Board recently. The details await approval from the state Department of Environmental Protection. And any work by the town harvesters would depend on the extent of renewed weed infestation in a potential state-permitted 10-acre section.

Responding to an Eagle query, Stockbridge Bowl Association President Richard Seltzer said the town has announced plans to seek permits from MassWildlife’s Natural Heritage and Endangered Species Program for harvesting weeds around the full perimeter of the lake. The association’s board expects a report on that effort at its meeting Saturday.

The state is involved because a snail species, the Marstonian lustrica, inhabits portions of the shoreline and is considered rare and endangered in Massachusetts.

Looking ahead to a planned test of fluridone for long-term weed wipeout and control, Seltzer said he will tour the lake Tuesday with Solitude Lake Management, which would apply the herbicide, to determine where milfoil is growing this year.

“The unexpected virtual disappearance of milfoil last year required a one-year suspension of the plan for testing fluridone on two test patches,” Seltzer said. “Based on the May 11 survey, we may need to readjust where the test patches should be located.”

Seltzer also announced that after 10 years as president of the association, he will step down. Members will elect a new leader at this summer’s annual meeting.

“I strongly believe that organizations remain more vital if they periodically bring in new leaders — people with fresh ideas, new talents and a commitment to goals that are forward looking,” Seltzer said. He told the board of his decision last month.

A lengthy legal standoff between the town and the SBA over treatment of the lake was settled in January.

In addition to harvesting and fluridone tests, a proposal to obtain state permits to dredge and remove a buildup of impacted sediment from three areas of the lake bottom, no earlier than April to October 2022, remains a work-in-progress, Gregg Wellenkamp, an association member, told the Select Board.

Wellenkamp, a mechanical engineer and president of Well-Kamp Enterprises of Great Barrington, is the town-appointed overseer of the project.

He said the project would dredge the equivalent of 13 acres of silt. The sediment would be transferred by barge through geo-textile tubes, moving 2,820 dump truck loads. The destination: An open portion of Bullard Woods, the 52-acre conservation property that is mostly old-growth forest adjoining the lake and is owned by the association. The meadow would be reseeded and restored, Seltzer said.

MassWildlife’s endangered species program and the Department of Environmental Protection have to sign off on that project because of the endangered snail population.

The limited, restricted areas targeted for dredging are behind Kwuniikwat Island and down the outlet; a small area in front of the town beach; and also at Lily Brook, in front of the Mahkeenac Road causeway.

The plan by GZA GeoEnvironmental of Springfield is being prepared for a cost estimate ahead of the permitting process, which is expected to require up to eight months, Wellenkamp said. The cost “guess-timation” is $2.3 million.

He also told the Select Board that “as of today, Natural Heritage is OK with the proposed plan.”

An alternative hasn’t been ruled out, he acknowledged. That would involve up to three barges on the lake, pumping all the dredged material to the Bullard Woods site, avoiding the extensive, costly trucking operation and the expensive, deeply submerged geo-textile tubes between the barges. “It would not split the lake into two halves for a couple of months,” Wellenkamp said.

“The importance of this project cannot be overstated,” said Michael Nathan, an association member who’s also on the town’s Stockbridge Bowl Stewardship Commission. “This project is a necessity to the community.”

The lake, widely used for recreation and a mainstay of the town’s tax base because of hundreds of adjacent residential properties, has been beset by the silt buildup for many years, threatening the health, use and beauty of the Bowl, he said. The project has been in the planning stages for 10 years.

“If the Bowl gets silted-in and becomes wetlands, there’s no going back, we cannot undo it,” Nathan said. “It’s not just about people living around the Bowl, it’s about the town of Stockbridge and the community of the Berkshires. We cannot let this lake die. We cannot restore it, we cannot bring in another lake.”

The Stockbridge Bowl Association has raised about $1.5 million that is still available to the town for the dredging project, and the state has awarded a $675,000 grant. Any damage to roads caused by the dump trucks would be covered by additional town funding, Select Board Chairman Ernest “Chuck” Cardillo said.

“This Select Board is very dedicated to that lake, we know what it means to the town and the surrounding communities,” Cardillo stated. “We’ll do everything that we can through the town to get this project done.”

Nathan voiced concern that donors to the project may get their contributions returned if the work can’t begin. “Now is the time,” he said. “The energy may not come back for years to get this project off the ground as it is now. We’re at the point of inflection, the point of no return.”

Lakeshore resident Arthur Kreiger, a project supporter, urged consideration of the pumping option because of the “human impact” caused by the nearly 3,000 trucks, including noise pollution.

“It’s going to be devastating with the trucks,” Cardillo agreed.