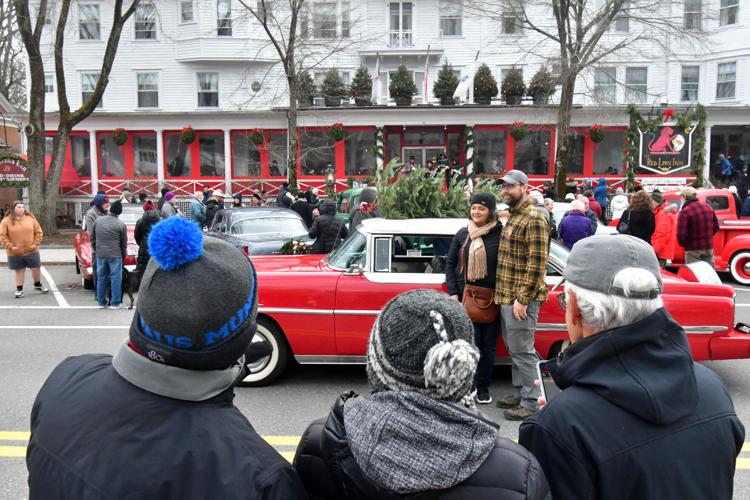 People take turns getting their photo taken in front of the iconic vintage car with a Christmas tree on top during Sunday's Stockbridge Main Street at Christmas event, which celebrates Norman Rockwell’s painting of the town during the holidays. 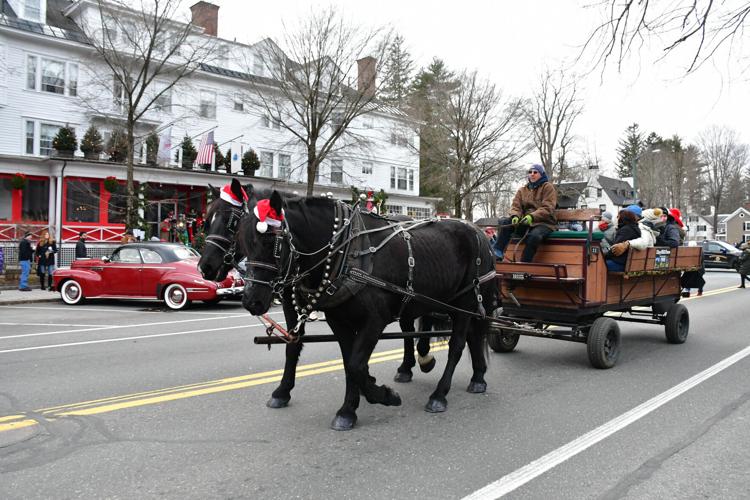 People enjoy a horse drawn wagon ride from King and Tom of Clay Hill Farm from Chesterfield at Sunday's Stockbridge Main Street at Christmas event, which celebrates Norman Rockwell’s painting of the town during the holidays. 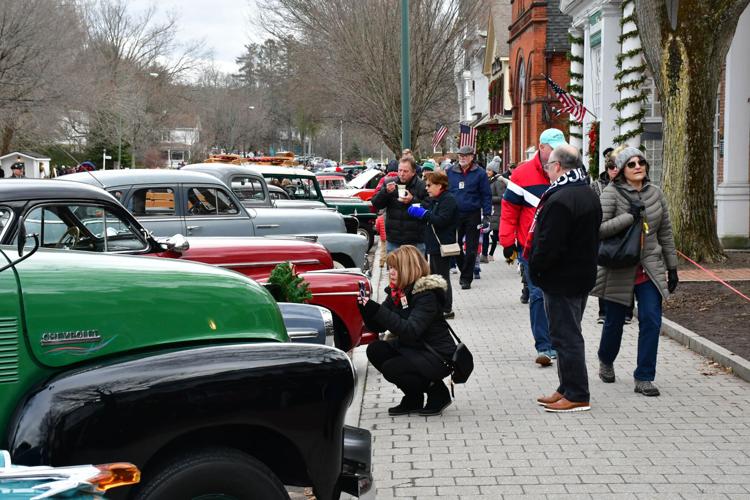 People line Main Street in Stockbridge and take photos of the antique, vintage cars at Sunday's Stockbridge Main Street at Christmas event, which celebrates Norman Rockwell’s painting of the town during the holidays. 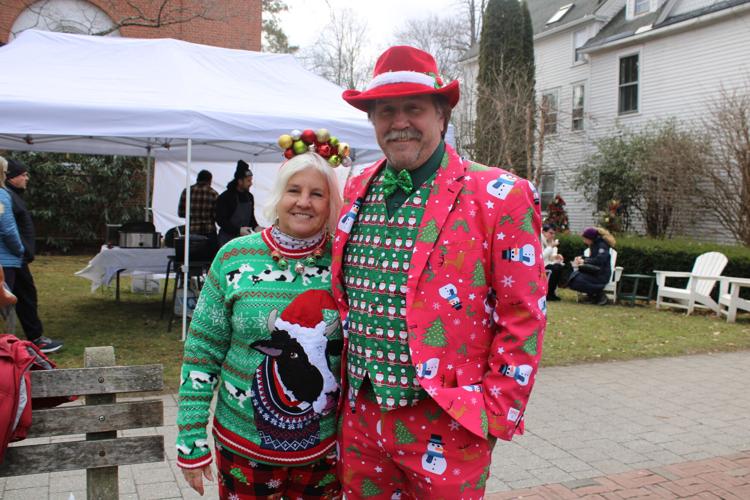 STOCKBRIDGE — Down on Main Street in Stockbridge on Sunday, a display of holiday lights and a fleet of classic cars aimed to make the town’s central thoroughfare a little more picturesque for one afternoon.

After a two-year hiatus, the popular Stockbridge Main Street at Christmas holiday festivities were back in full swing this weekend, capped by Sunday's re-enactment of the scene depicted in Norman Rockwell’s painting of the town, also known as “Home For Christmas.”

The celebration features vintage cars lining the town’s main drag, as well as carolers performing at the Red Lion Inn dressed in Dickensian attire. Horse-drawn carriages carried wagons full of attendees in a loop around the cars. Special food booths were operated as part of the event, and street performers entertained crowds as they passed through.

Recreation of Rockwell's Christmas in Stockbridge

Perry and Bette Flood, of Lee, have been coming to the event for nearly 20 years. Perry Flood said he enjoys seeing Corvettes along the street, and noted each year is a little different.

For the Floods, the event is also a good opportunity to be out with other people again for the holidays. The event was scaled back significantly during the pandemic, and was back in full effect for the first time this year.

“You get Santa, sleigh rides and fresh air, too,” Bette Flood said.

It was the first time at the event for Paul Beebe and Donald Niedzielski, who made the drive from Holyoke to be there. Beebe said the holiday festivities and a choral performance in a nearby church in Stockbridge were highlights.

“It’s just a great time to be out and experience the joy of the season,” Beebe said.

Beebe and Niedzielski were also fans of the display of vintage cars, particularly a Hudson model that’s seldom seen on a town’s main drag.

“That’s not my favorite, but it is a rarity,” Niedzielski said.

Amber Roy and Veronica Valladares came to try to get into the Christmas spirit. Between live Christmas caroling, which they had never seen before, and decorations, there was plenty to go around.

Roy said appreciating the “small town vibes” were also a big draw for the event.

Kevin Rueger, decked out in a full three-piece Christmas suit with snowmen and reindeer — one of five that he owns — was there with Elizabeth Hobby, who had on a sweater to complement his garb. Rueger said that they had been coming to the event for the last few years to enjoy the food, the cars and the Christmas spirit.

The duo certainly weren’t short on holiday spirit themselves; Rueger said they have lights up all year, not just for Christmas, but for Thanksgiving, Halloween and other holidays on the calendar. Rueger also has corresponding suits in his closet for most of them.

When asked, Rueger’s reason for the decorative apparel was simple: “I just like having fun,” he said.

Just having fun was the modus operandi for another character at the event, too. Among the entertainment, one show in particular had spectators of all ages stopping: Roger the Jester, also known as Roger Reed.

Reed, a resident of North Egremont, has been doing his juggling and comedy show at various places for nearly 50 years. He originally started doing it after getting a degree in photojournalism, then realizing it wasn’t for him. After some soul-searching, he asked himself: What do I want to do?

“The only answer I could come up with was to make people laugh,” Reed said.

It’s been about 49 years since Reed “retired,” as he puts it, although he keeps himself busy with carpentry and computer troubleshooting when he’s not in the jester suit.

“I often say I get paid in a lot of different ways,” Reed said. “The children’s faces, the parents, the grandparents … a lot of people say they can’t remember the last time they’ve laughed so hard.”

For Reed, the laughter is worth its weight in gold.

“I’d do this every day of the week,” he said. “It’s fulfilling and refilling for me.”