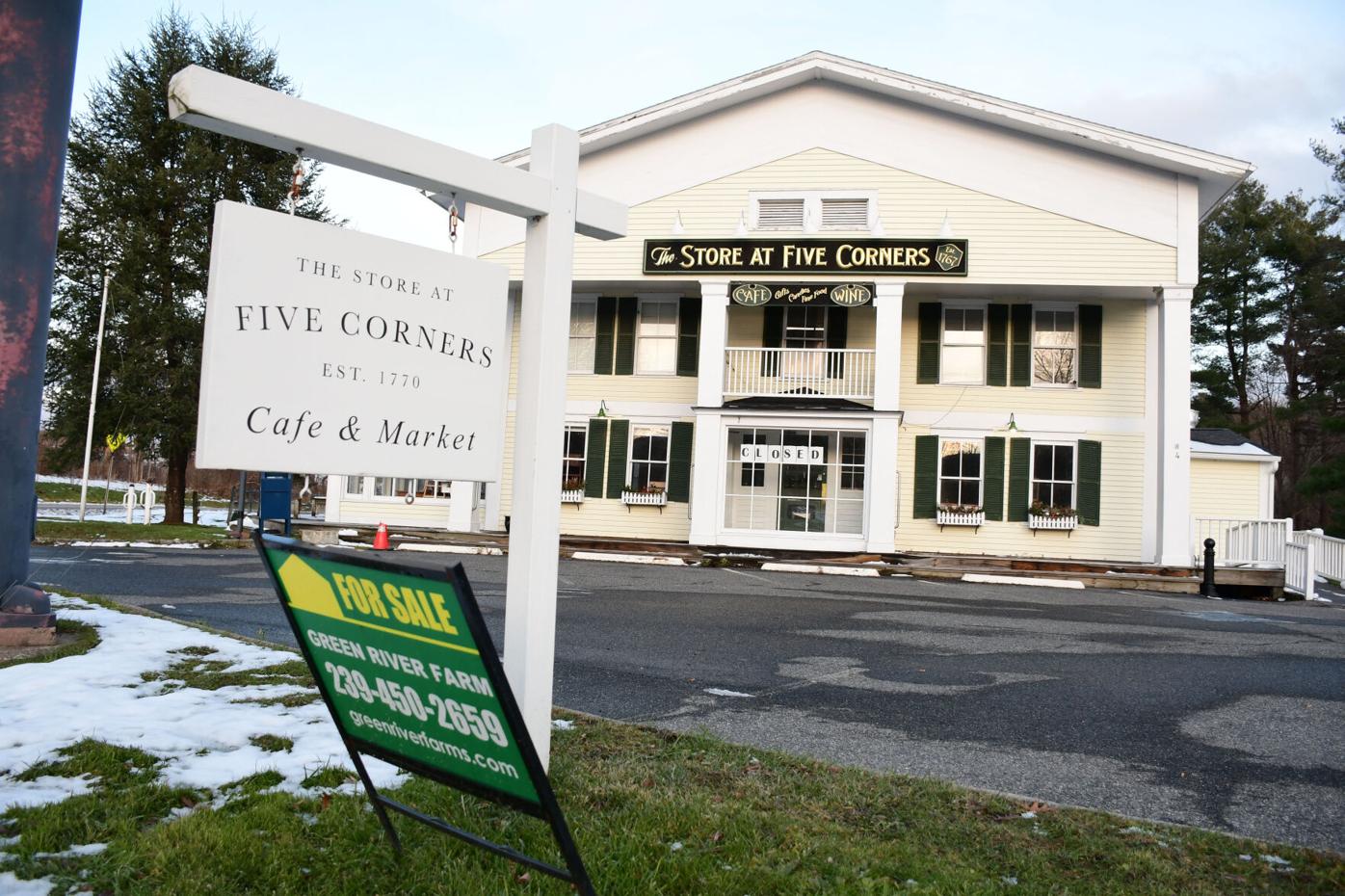 A new nonprofit organization, The Store at Five Corners Stewardship Association, along with the South Williamstown Community Association as fiscal sponsor, has taken on the task of acquiring, renovating and maintaining the historic store building as a community asset. 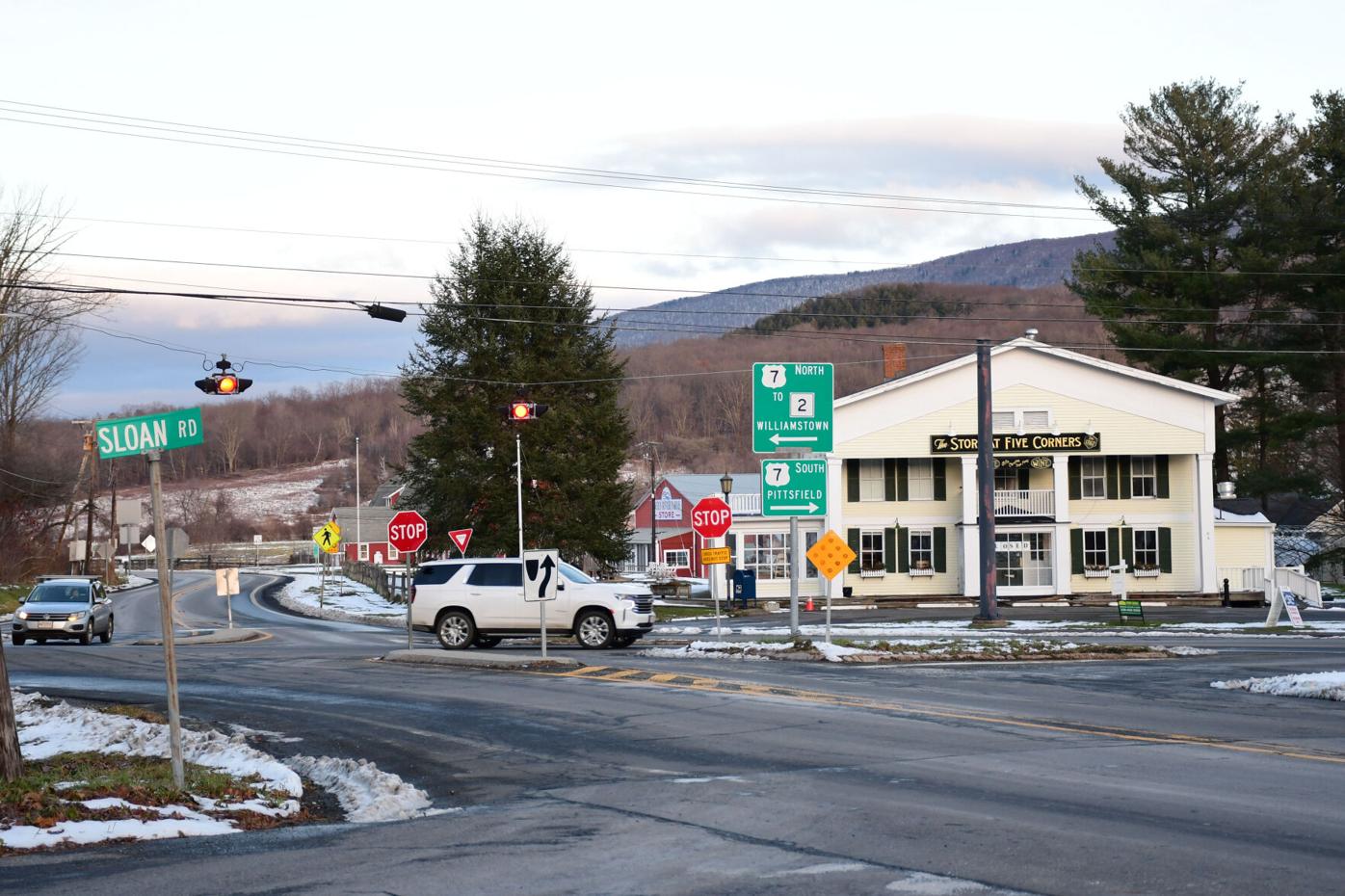 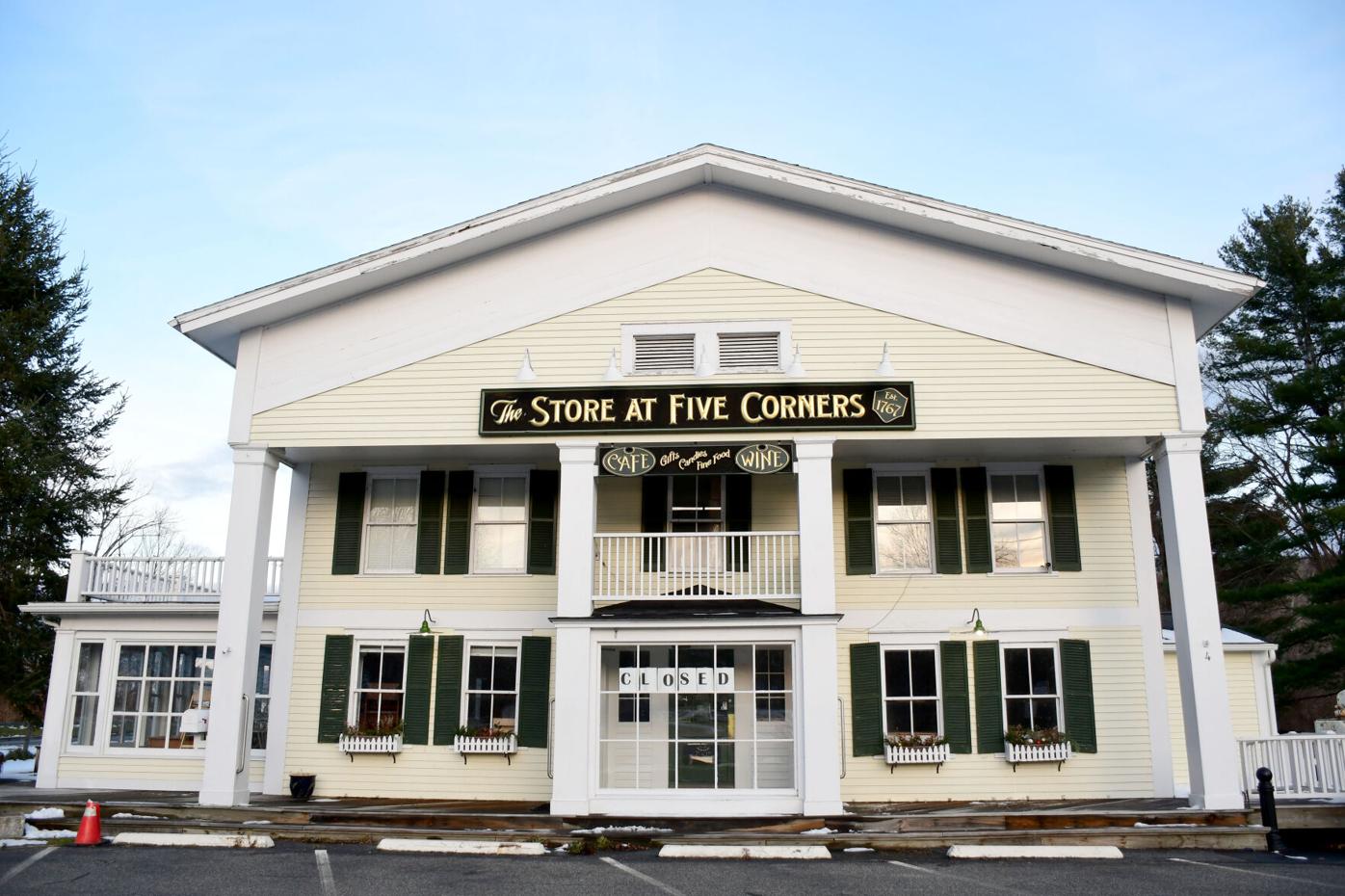 According to a message posted on the store's Facebook page in January, The Store at Five Corners and five adjoining properties, including nearby Green River Farms, are being offered as a package for $5 million.

WILLIAMSTOWN — It has served as a community center, a destination for tourists, and a welcome respite for motorists traveling the long, lonely stretch of Route 7 between Lanesborough and Williamstown on Route 7.

“Everybody has a favorite story about the store,” said Karen Charbonneau, of Williamstown, referring to the historic Store at Five Corners on New Ashford Road at the intersection of routes 7 and 43.

Charbonneau is one of a group of local residents who would like those stories to continue about this iconic meeting place, which dates to the 18th century.

She is president of The Store at Five Corners Stewardship Association, a recently formed nonprofit organization whose goal is to raise enough money to purchase the property from current owner Franklin Lewis and find an operator  who would lease the store from them.

The group also wants to create an endowment that will allow the store to continue to operate in the future. The Store at Five Corners has been closed since July 2020 because of the economic upheavals associated with the COVID-19 pandemic.

The Store at Five Corners is located within a state historic district.

The store's origins date to 1770, when Samuel Sloane, a blacksmith and successful land speculator, and his wife, Hannah, built a tavern on the site five years after arriving in Williamstown, according to Karen Charbonneau's association.

The Greek Revival house that serves as the store was built in 1830, according to Eagle files. The second story and a porch on the front of the building were added by John Jordan, who owned the tavern from 1833 to 1865.

John Steele purchased the building in 1904 and turned into a general store that was known as both Steele's Store and Steele's Corners Store for many years.

The property remained in the Steele family until 1978, when Susan Steele, John's Steele's daughter-in-law, sold it to former Rhode Island Gov. William H. Vanderbilt and his wife, Helen, who were living in Williamstown.

Vanderbilt, the great-great-grandson of Commodore Cornelius Vanderbilt, and his wife told The Eagle in 1978 that they bought the property because they were afraid that it would be torn down or made into a fast-food establishment.

The Vanderbilts renovated the property and renamed the business The Store at Five Corners before selling it in 1985.

“Our sole purpose is to buy the store and maintain it for the community,” said Charbonneau, who heads the newly formed organization’s six-member board. “It’s a community treasure. We all love that store.”

Lewis, who lives in the state of Florida and has owned a home in Bennington, Vt., purchased the store in 2009, and adjoining Green River Farms the next year. He had closed both businesses in 2011 to reorganize their operations. The store reopened in 2012, after the Lewis family hired someone else to run the business.

According to a message posted on the store’s Facebook page in January, The Store at Five Corners and five adjoining properties, including nearby Green River Farms, are being offered as a package for $5 million. Charbonneau said her group is only interested in purchasing the store, and believes that raising $1.2 million would be enough to achieve that goal.

“We want to raise $1.2 million for the purchase of the store and also pay for whatever repairs are needed, because it’s been closed for [almost] two years,” she said. “We want to purchase, repair and maintain the store, and form an endowment to be able to maintain it going forward.”

The six board members also make part of the board of the South Williamstown Community Association, which, in 2012, had asked the town for help in purchasing the store and running it as a nonprofit.

The Community Association is serving as the fiscal sponsor for The Store at Five Corners Stewardship Association, because the newly formed group is becoming legally certified as a 501©(3) nonprofit organization. The new group cannot accept tax-deductible contributions until it achieves that legal status. More information about the organization is available at storeatfivecorners.org.

Charbonneau said the current proposal for purchasing the store first was raised at a community association board meeting this fall.

“The board was really excited about it,” she said. “But, obviously, it’s a big purchase. The South Williamstown Community Association is a small organization, and we weren’t sure we wanted to own real estate.”

The group then held a community survey to gauge interest in the project. Charbonneau said 160 surveys were sent out.

The majority of the returned surveys were in favor of the group’s plan.

“I’ve never seen anything like it,” Charbonneau said. “It was compelling. People want the store to open.”

The group also looked at other historic stores in the region that are functioning, and considered the different types of operating entities that their owners have formed.

“There have been lots of different models for running them,” Charbonneau said. “Some of them are co-ops, some of them have paid staff, some are run completely by volunteers. ... Based on that research, we decided that this was the best business model for the store.”

The group has just begun the process of finding an operator for the store, Charbonneau said.

“We’ve approached a number of people who have similar businesses in Berkshire County,” Charbonneau said, adding that the group would expand its search outside the Berkshires if it had to. “The lead focus right now is to get the fundraising done.”