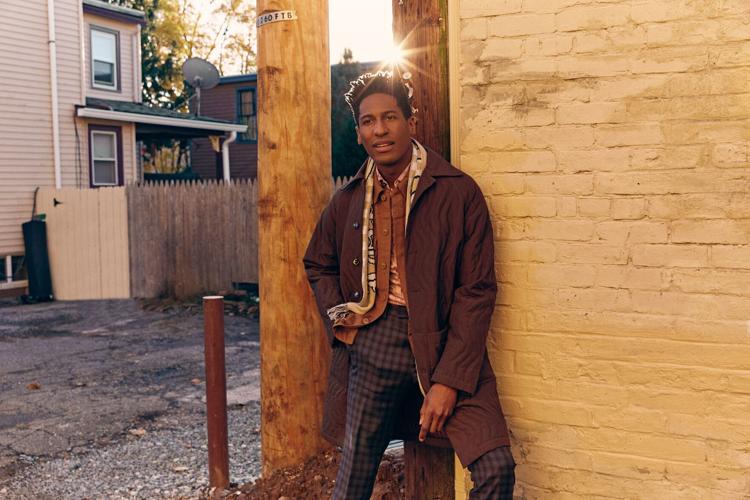 Jon Batiste, bandleader of the CBS-TV “Late Show with Stephen Colbert,” will make a guest appearance at the concert. 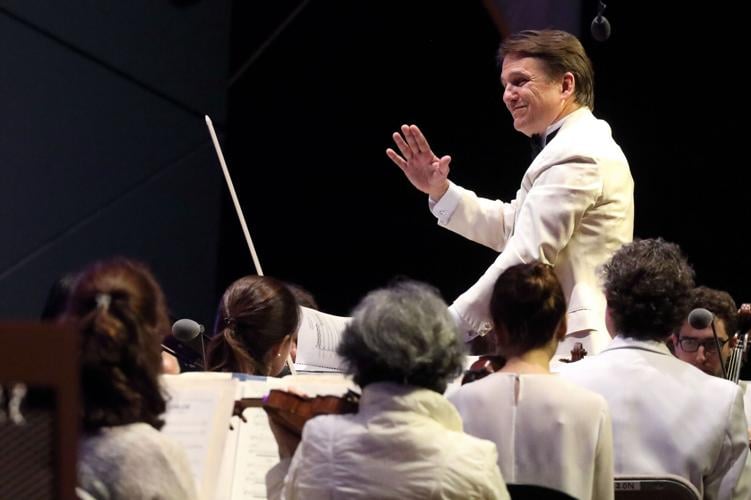 Pops Conductor Keith Lockhart will lead patriotic favorites at the event, which is free and capped at 9,000, per local health guidelines.

The annual Boston Pops Fourth of July concert will be staged at Tanglewood this year. It typically is held on the Esplanade in Boston.

LENOX — Tanglewood will roar back to life this Fourth of July, hosting the annual Boston Pops spectacular, which typically is held on the Esplanade in Boston before an audience in the hundreds of thousands.

The free event, announced Friday by the Boston Symphony Orchestra, will mark the first performance with an audience at Tanglewood since summer 2019. It will be capped at 9,000, per local health restrictions.

The festival was canceled last year, for the first time since World War II, because of the COVID-19 pandemic.

Batiste won the Academy Award for Best Original Score for the Pixar film “Soul.” Staples, also a civil rights activist, won a Grammy Lifetime Achievement Award, was inducted into Rock & Roll Hall of Fame and also was honored by the Kennedy Center.

After “The Star-Spangled Banner,” a medley saluting the U.S. armed forces and a patriotic singalong, Tchaikovsky’s “1812 Overture” will conclude the concert in full blast, with live cannon and bells, according to the announcement Friday by the BSO.

Tanglewood will give priority guest invitations to veterans and other members of the military, first responders, health care workers and community groups.

Tickets, which will be free to the general public, will be required to enter Tanglewood, but limited to four per household and available first-come, first-served. They can be reserved online starting at 10 a.m. June 21 at tanglewood.org/ July 4.

The surprise announcement from Friday pointed out that while there will be no fireworks staged at Tanglewood, there will be a display from the Boston Common, in a partnership with the city.

While the Tanglewood event will be televised and streamed live, there will be no video jumbo screens or concert sound at Tanglewood to accompany the fireworks display from 10:30 to 11 p.m.

The Pops July 4th celebration, presented annually since 1974, except for last summer, will return to the Esplanade in Boston next year.

The decision to relocate the event to Tanglewood was based on health and safety guidance from federal and state authorities, taking into account the complex planning for the Esplanade show, the BSO stated.

The BSO announcement also noted that “Tanglewood has the video-capability infrastructure in place to record the concert in a cost-effective way — an important consideration following a year of lost revenue in the millions of dollars due to 16 months of concert cancellations related to the COVID-19 pandemic.”

Lockhart, the Pops conductor, said that “though health concerns related to the pandemic have abated over the last few weeks, after careful consideration we determined there wasn’t enough time to organize the many forces needed to safely return to the Esplanade and present what is considered one of the largest concert events in the world. We decided that it just wasn’t advisable to squeeze what is normally a 10-month planning period into a five-week window.”

“We are thrilled that this special event will launch Tanglewood’s reopening and that we will have a chance to show Boston Pops fans across the country the great beauty and appeal of one of America’s most beloved summer music festivals,” Lockhart added in a prepared statement.

“We hope you will enjoy our rich array of American music and performers as they spotlight the hopes, dreams, and vision that we aspire to as citizens of this great and diverse country we call home.”

In a prepared statement, Gov. Charlie Baker said that “The Boston Pops July 4th Spectacular is one of the most iconic ways that Massachusetts recognizes our nation’s independence, and while the celebration may look different this year, it will still be a truly special way for all residents to celebrate the Fourth of July.”

“With a musical performance by the Boston Pops at Tanglewood and fireworks in Boston, this year’s event will truly bring the entire Commonwealth together,” Baker added, “and we are grateful to the many partners who have worked together to make this happen.”

Tanglewood protocols: 3 feet of distance (inside only), masks optional

LENOX — Following guidance from the Tri-Town Health Department, the state and the U.S. Centers for Disease Control and Prevention, the Boston …

LENOX — The lineup for the Boston Symphony Orchestra’s six-week season at Tanglewood is packed with audience-favorite music, marquee artists a…

James Taylor concert at Tanglewood postponed until next summer

LENOX — For the second consecutive summer, there will be no James Taylor concert at Tanglewood.

Attendance at Tanglewood will be capped at 9,000 this summer, in accordance with regulations approved Thursday by the Tri-Town Health Department.

State Fire Marshal's Office: Leave the fireworks to the professionals on July 4

When you celebrate the July 4 holiday next month, leave the fireworks to the professionals.