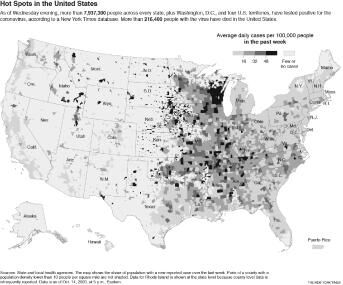 LOWERING THE BAR: As we enter a new week, new rules are in place governing whether people arriving in Massachusetts are required to quarantine for 14 days, or show a negative test for COVID-19.

Officials with the state Department of Public Health said the change brings Massachusetts in line with travel rules with most other states.

As of Friday, the statewide average daily case rate was 8.7 per 100,000 residents. That meant people from Massachusetts would have had to quarantine if coming in to their own state.

To be considered low risk, a state’s rate must be below 5 percent. In New England, that’s the case for Connecticut, Maine, New Hampshire, Vermont and, also, New York, and also for Washington, D.C. With the new standards, people traveling in from California, Hawaii, New Jersey and Washington do not face quarantine.

CORRECTION: In the Checkup that appeared in print Friday, the number of total COVID-19 cases to date was listed incorrectly for the town of New Marlborough. According to the state DPH, there have been nine cases in the town during the course of the pandemic.

THE NUMBERS: Berkshire County’s death toll held at 51 as of Sunday, with the confirmed COVID-19 case count at 736, up one since Friday, the DPH said. The DPH said 14 new deaths were reported in Massachusetts, pushing the statewide total to 9,517. Deaths including those listed as probably caused by COVID-19 are 9,737. Confirmed cases rose 744, to 140,647.

According to data provided by Johns Hopkins University, more than 118,892 people in Massachusetts with COVID-19 have recovered.

LONG-TERM CARE PICTURE: As of Sunday, 25,294 cases have been confirmed among residents and staff of long-term care facilities. In all, 390 facilities have had at least one confirmed case (one more since Friday) and have seen 6,278 deaths linked to COVID-19.

AT THE COLLEGES: The Williams College daily dashboard said the campus had administered 24,930 tests for COVID-19 since Aug. 17 and those produced five positive results. Also, 3,850 tests in the past seven days produced no positive results. Neither the Massachusetts College of Liberal Arts nor Bard College at Simon’s Rock updated their results over the weekend.

AT THE HOSPITALS: As of Sunday, Berkshire Medical Center and Fairview Hospital in Great Barrington had no COVID-19 cases.

Statewide, 483 people are hospitalized, with the latest daily admission of 199 people. Of those hospitalized, 83 are in ICU and 32 are on ventilators.

To date, 5,088,797 tests for the virus have been conducted in Massachusetts, according to Johns Hopkins.