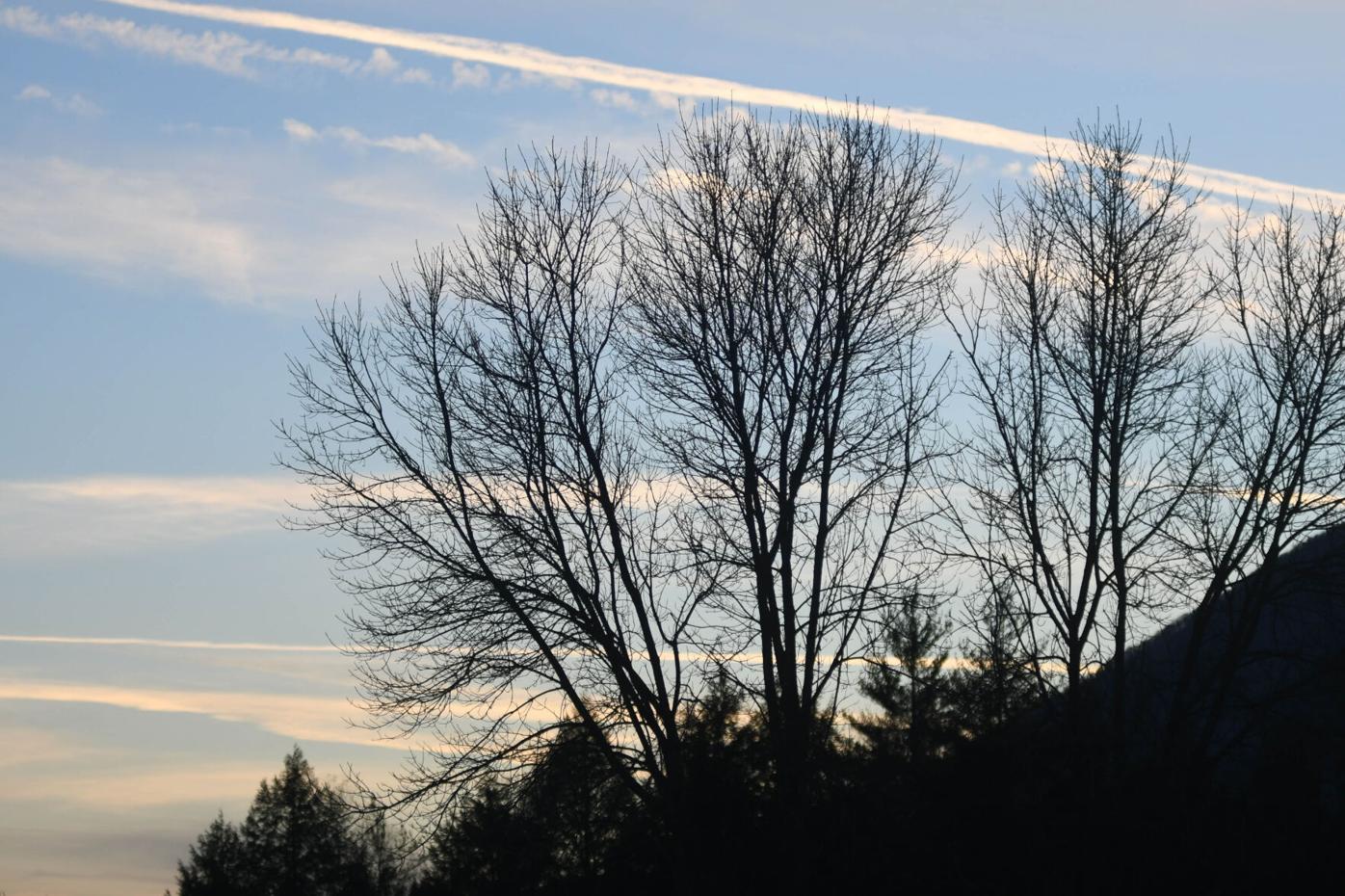 Bare trees stand out against the late afternoon sky as the sun sets in Manchester, Vt. on Thursday evening. Cold weather will hang around early this week before warming up in time for Thanksgiving and the weekend. 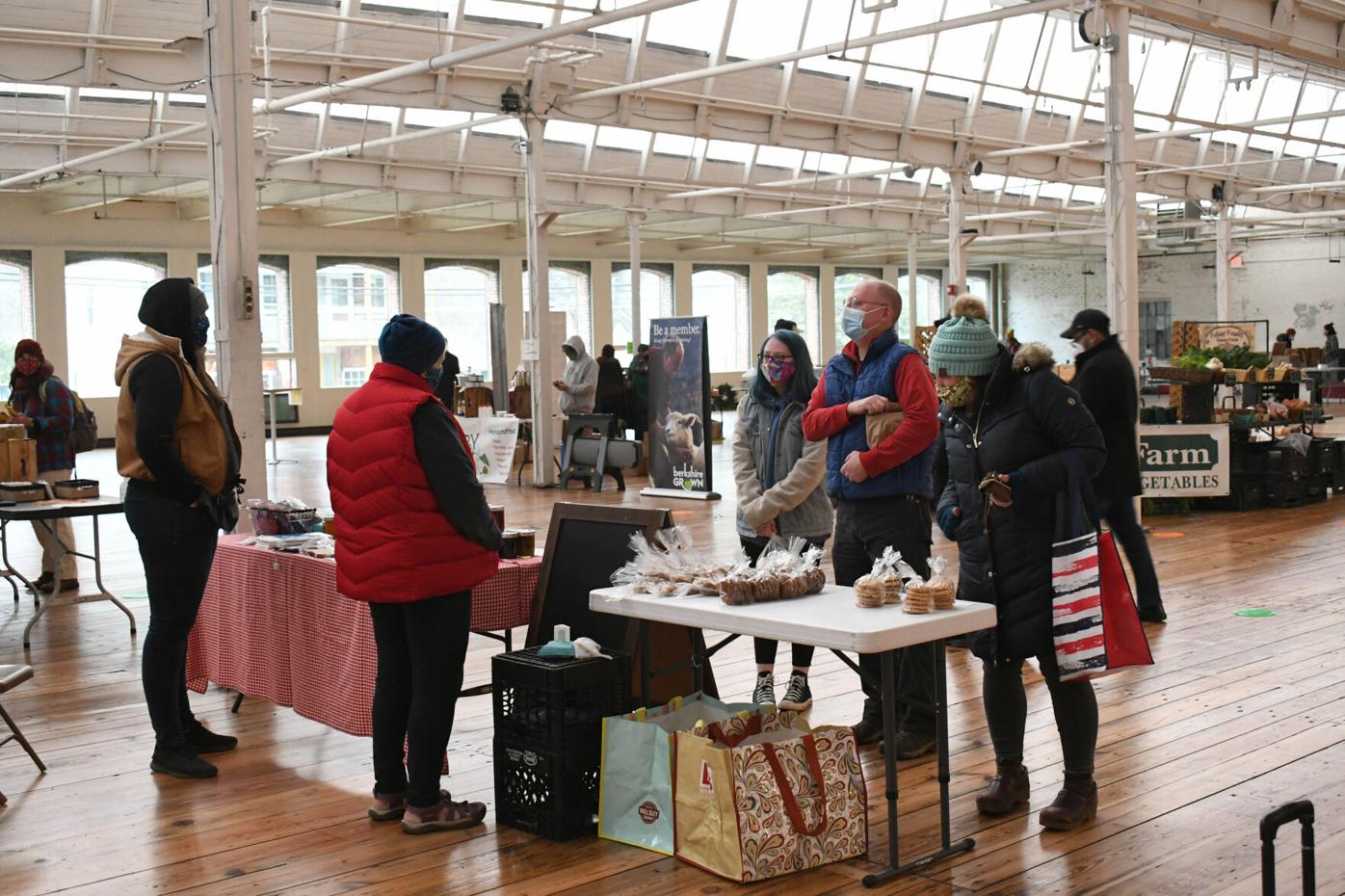 People shop at the Berkshire Grown Holiday Farmer’s Market Williamstown on Sunday at Greylock Works in North Adams. The weather at the end of the week will cooperate enough to allow shoppers to get outside and visit their favorite vendors as holiday shopping ramps up.

Bare trees stand out against the late afternoon sky as the sun sets in Manchester, Vt. on Thursday evening. Cold weather will hang around early this week before warming up in time for Thanksgiving and the weekend.

People shop at the Berkshire Grown Holiday Farmer’s Market Williamstown on Sunday at Greylock Works in North Adams. The weather at the end of the week will cooperate enough to allow shoppers to get outside and visit their favorite vendors as holiday shopping ramps up.

Turbulent conditions are typical in late November, as autumnal weather transitions into what climate scientists call “meteorological winter,” defined as December through February.

But for this time of year, when nothing else is normal, neither is the weather. Shoppers that head out and about, racing to complete Thanksgiving preparations and to get a jump on holiday gifting during what’s left of Black Friday, will encounter more sunshine than usual for the time of year.

“In November, the trees are standing all sticks and bones. Without their leaves, how lovely they are, spreading their arms like dancers. They know it is time to be still.”

Beginning Wednesday into next weekend, it will feel more like late October, unfortunately for winter sports enthusiasts, but much to the delight of hikers and devotees of canoeing and kayaking.

Despite a brief chill-down last Wednesday and Thursday, temperatures have been above normal on 15 of the month’s first 22 days, fueled by the record-busting, six-day warm spell from Nov. 6-11.

Rainfall remains sparse but as reported last week, the National Drought Monitor has restored Berkshire County to the normal range for soil moisture and river flow.

Monday and Tuesday will feel fairly chilly and breezy as a narrow wedge of Canadian air sinks into the region. Then, it’s back to mellow, mostly pleasant days with the only significant rainfall of the week extending from Wednesday evening until midday Thursday.

For next weekend, as the National Weather Service team in Albany, N.Y., puts it, the computer models “are a bit out to lunch,” so the current extended forecast is subject to change.

Travelers heading south (despite CDC guidance urging folks to stay home) may encounter torrential thunderstorms on Wednesday, followed by a rebound to sunny skies and mild temperatures. In southern Florida, highs into the 80s are possible.

The Midwest and Pacific Northwest will follow a similar pattern, with pre-Thanksgiving rain followed by a dry-out.

Southern California, Nevada and Arizona should be rain-free with some of the nation’s best weather until gusty winds return late in the week, leading to increased wildfire concerns.

The extended outlook from the Climate Prediction Center indicates above-normal temperatures and precipitation into early December for western Massachusetts and the rest of New England. That means that the likelihood of any major natural snowfall in the next two weeks is remote, assuming current trends continue.

Taking the long view for the winter season, the Weather Channel and weather.com, services of IBM’s The Weather Company, are predicting above-normal temperatures in the Northeast from December through February, which could hold down snowfall totals in central and southern New England and downstate New York.

The reason for the outlook is because of a strengthening La Niña, the periodic cooling of the equatorial eastern and central Pacific Ocean that affects winter weather patterns thousands of miles away in the U.S.

Typically, the La Niña jet stream drives cold air from Alaska into the Northwest, northern Rockies and Northern Plains. But in the East, the jet stream tends to turn north, as high pressure dominates over the South and Southeast, pushing warmer air up the East Coast.

“From a historical perspective, the increasingly strong La Niña event would force an exceedingly warm winter across the southern and eastern U.S.,” according to Todd Crawford, chief meteorologist at The Weather Company.

Researchers at the government’s Climate Prediction Center examined October-through-April snowfall from 1950 to 2009 and found that strong La Niña winter seasons tend to be snowier from the Pacific Northwest and northern Rockies to the Great Lakes, upstate New York and northern New England.

If that long-range pattern holds true, skiers in our region may find the best conditions if they head north into the Green and White Mountains as well as the Adirondacks.

But snowmaking technology keeps improving, so there’s little doubt that Berkshire ski areas will be firing up their snow guns next month, once overnight temperatures dip below freezing for at least a few days at a time.