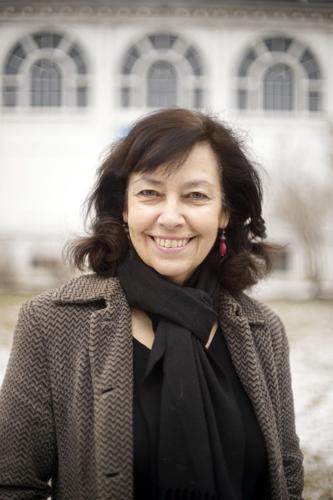 As it has with almost all sectors of the economy, COVID-19 has “decimated” the theater industry as a whole, says Kate Maguire, artistic director and CEO of Berkshire Theatre Group. “We have opportunities to do theater in unique and wonderful ways in our various spaces,” she says. “My hope is that audiences will be rejuvenated.” 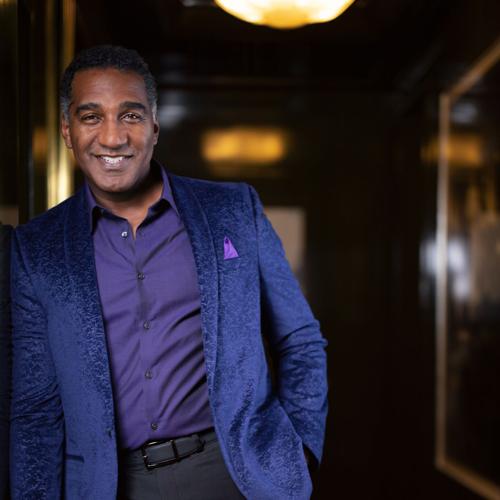 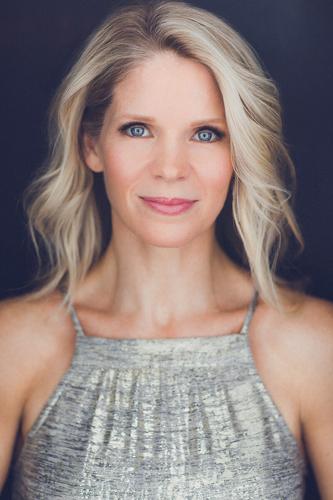 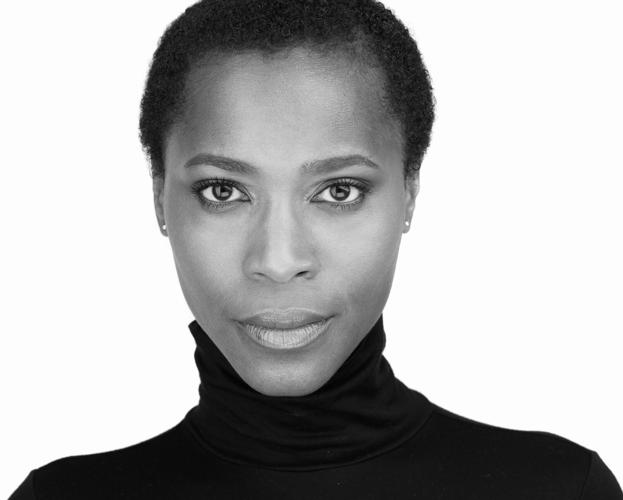 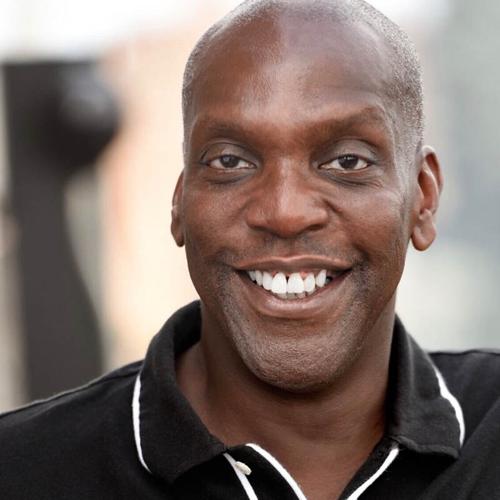 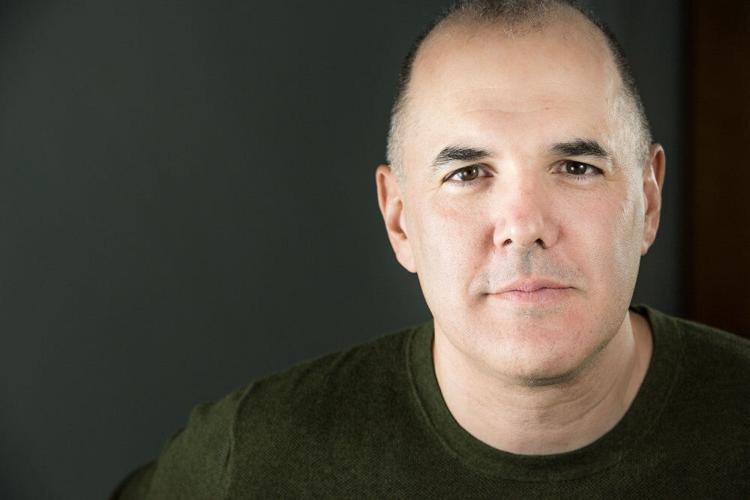 As it has with almost all sectors of the economy, COVID-19 has “decimated” the theater industry as a whole, says Kate Maguire, artistic director and CEO of Berkshire Theatre Group. “We have opportunities to do theater in unique and wonderful ways in our various spaces,” she says. “My hope is that audiences will be rejuvenated.”

PITTSFIELD — Facing a second summer of uncertainty surrounding the coronavirus pandemic, Berkshire Theatre Group is planning a smaller number of shows — and keeping them outdoors.

Three theater productions and two solo concerts are scheduled at the group’s campuses in Pittsfield and Stockbridge.

The summer season begins June 18, with Oscar Wilde’s 1895 satirical farce, “The Importance of Being Earnest,” in the Fitzpatrick Main Stage tent at the Berkshire Theatre Festival campus in Stockbridge.

The comedy will be followed by two solo concerts in The Colonial Theatre big tent in Pittsfield — Tony Award winner Kelli O’Hara (“The King and I”), June 25-26, and Tony Award nominee Norm Lewis (“The Gershwins’ Porgy & Bess”), 7 p.m. July 2-3; “The Wizard of Oz,” July 23-Aug. 15, also in the Colonial big tent; and “Nina Simone: Four Women” by Christina Ham, Aug. 13-Sept. 5, in the Unicorn Theatre courtyard in Stockbridge.

Season at a glance

July 23-Aug. 15: “The Wizard of Oz.” Music and lyrics by Harold Arlen and E.Y. Harburg. Book adaptation by John Kane from the movie screenplay. Directed by E. Gray Simons III

A 10 percent ticket discount is being offered for all frontline workers.

A portion of sales for the Tuesday performances of “The Importance of Being Earnest” and “Nina Simone: Four Women,” and the Saturday performance of Norm Lewis: In Concert will go to The Actors Fund and Black Theatre United.

All performances will be presented under strict state, local and Actors’ Equity Association COVID-19 protocols.

“We have opportunities to do theater in unique and wonderful ways in our various spaces,” Berkshire Theatre Group Artistic Director and CEO Kate Maguire said by phone. “My hope is that audiences will be rejuvenated.”

“The Importance of Being Earnest” follows two bachelor chums who take on double lives in their respective pursuits of two young women. David Auburn will direct a cast that includes David Adkins, Rebecca Brooksher, Shawn Fagan, Corinna May, Claire Saunders and Matt Sullivan. The press opening is June 19.

“[This comedy] will be a romp outdoors,” Maguire said. “It feels very nice.”

“Nina Simone: Four Women” draws its title from Simone’s anthemic song, which she wrote and performed as a tribute to the four young girls who lost their lives in the September 1963 Ku Klux Klan bombing of the 16th Street Baptist Church in Birmingham, Ala.

The play imagines a conversation between the outspoken singer/songwriter/civil rights activist, who died in 2003 at age 70, and four Black women who show up at the church while Simone is examining the ruins. Gerry McIntyre, who choreographed last season’s production of ”Godspell,” directs a cast led by Tony and Grammy nominee Valisia LeKae as Simone. The press opening is Aug. 14.

The play “meditates on Nina Simone’s transition from a singer to an activist,” McIntyre said in comments released by BTG. “It also deals with issues of colorism among black women that aren’t typically dealt with.”

“When I read the play,” Maguire said, “I recognized that it’s about a woman who combated [racial prejudice]; whose life was torn apart because of [the color of her skin] and the songs she was singing.

“I felt we should listen to these incredible songs [Ham’s play with music features a healthy sampling of Simone’s music] and think about what she was saying, especially in terms of what is going on in our world now.”

E. Gray Simons III is directing “The Wizard of Oz” in John Kane’s stage adaptation of the beloved 1939 film with songs by Harold Arlen (music) and E.Y. Harburg (lyrics). This show marks the return of BTG’s popular summer community production, which was canceled last season because of COVID-19.

“We are thrilled to be able to bring back theater for families this summer with the production of ‘The Wizard of Oz’ and our BTG PLAYS! summertime classes,” Allison Rachele Bayles, BTG’s administrative director of education, said in comments released by the theater.

“When thinking about ‘Oz,’ I am reminded about the fundamentals of what theater can do for the community and our young people. We are reminded to have heart, support our friendships, have courage, and know that ‘there is no place like home.’”

Because of COVID-19 protocols, “The Wizard of Oz” will be be performed by a smaller-than-usual ensemble of young performers.

“I have ached to be back with our kids,” Maguire said. “We feel it is so important to do this work with the kids this summer, even though we have to limit the number we are going forward.”

Typically, during the summer, BTG produces as many as six productions in its two indoor Stockbridge theaters and the Colonial.

This summer, Maguire said, “we are doing fewer productions, but we can spend more time [with each].”

In its COVID-curtailed season last summer, BTG produced two concerts — Brian Stokes Mitchell, and The Naughton Family — and one show, “Godspell,” the first Actors’ Equity Association-approved musical in the nation, in the Colonial tent. The Stockbridge campus hosted a series of pop concerts featuring local musicians in the Unicorn courtyard.

As it has with almost all sectors of the economy, COVID-19 has “decimated” the theater industry as a whole, Maguire said.

“We [also] lost being with our audience,” Maguire said. She credited board members and loyal donors with helping make up for the loss.

“We are very reliant on each other,” Maguire said. “We are a team. We’ve never been stronger.”

The COVID-induced trials and challenges have double downed Maguire’s already passionate conviction about the validity of theater; the necessity of theater.

“I have come to recognize [even more] how critical what we do is, [that] it must be done,” Maguire said. “Our performers and audiences need what we do so badly.”

Like many of the principal characters in “Earnest,” “Oz” and “Nina Simone,” Maguire is hopeful as she looks for normalcy after a period of tumult and uncertainty.

To a degree, that means making theater indoors again — Willy Russell’s “Shirley Valentine” in Stockbridge in the fall; “Irving Berlin’s White Christmas: The Musical” at the Colonial for the winter holidays.

What “normalcy” might mean on a broader scale, beyond making theater, is unclear.

“I have no idea what we will become,” Maguire said. “I feel the ground is shifting, that we are moving into new territory. I’m not sure that’s a bad thing.

“I do know,” she said, ”that I won’t take things for granted anymore.”