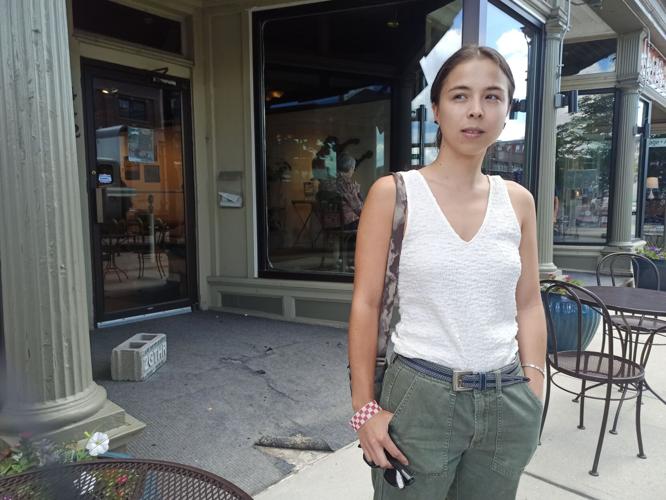 Hana Nielsen in front of Mission on North Street in Pittsfield. “I woke up this morning to that headline on my phone and was just infuriated. It's disgusting. It's awful." 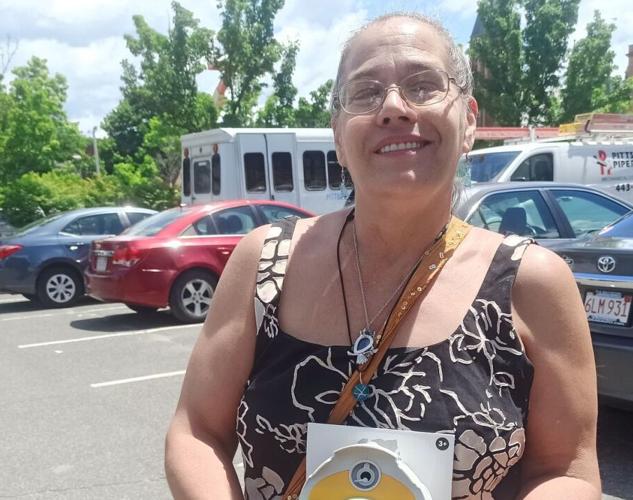 Jennifer Gallant finds little solace in the fact that abortion remains legal in Massachusetts. “I think it's an awful decision. It's such a disgrace to our country and to women in general." 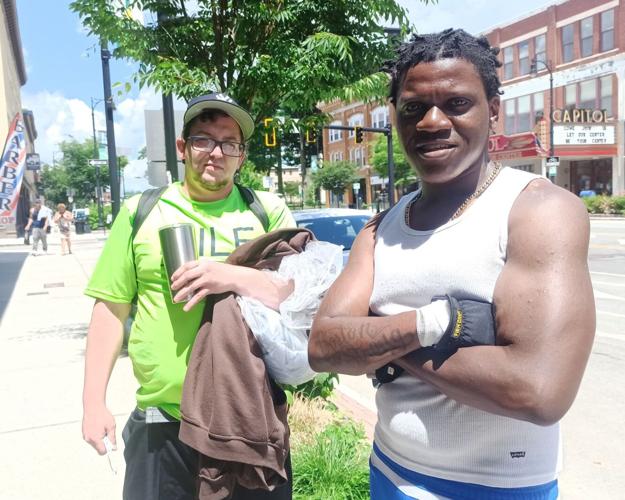 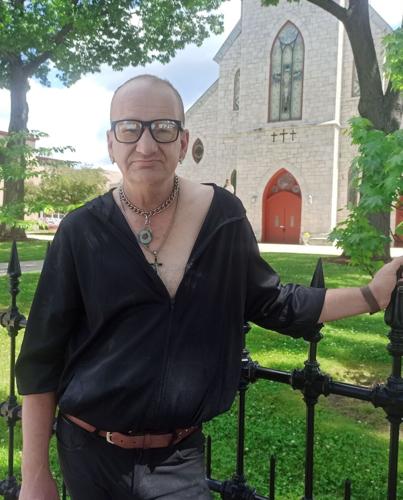 PITTSFIELD — Hours after the Supreme Court overturned Roe v. Wade, residents of Pittsfield, and a few visitors, offered mixed views of the decision.

Some expressed relief to live in a state where abortion will likely not be limited. “I don’t have anything very eloquent to say, other than that I’m happy that I live in Massachusetts,” said Emma Foley.

Others, like Robert Packard, applauded the ruling. “A kid being created should be welcomed into the world,” he said, in an interview beside St. Joseph’s Church downtown.

Following the high court’s 6-3 ruling, 13 states with “trigger laws” in place will soon ban abortions, with seven other states likely to follow suit. By the end of the summer, 53 percent of women of childbearing age in the United States would face abortion limitations, according to population estimates.

"I just can't fathom how so many people could just completely disregard and disrespect women's rights like that. And yeah, it makes me very, very angry."

The ruling, however, will not change access to abortion in Massachusetts, where the procedure remains legal up to 24 weeks of pregnancy. After that, an abortion may be performed if there is a fatal fetal anomaly or to preserve the mental and physical state of the mother, state law holds. Children under 16 must have parental or judicial consent to undergo the procedure.

Additionally, Gov. Charlie Baker, signed an executive order Friday prohibiting state workers from assisting other states’ investigations of someone receiving or providing “services that are lawful in the Commonwealth.”

This measure is aimed at protecting out-of-state persons seeking a safe and confidential abortion in Massachusetts.

Jennifer Gallant said she finds little solace in the state’s protection. “I think it’s an awful decision. It’s such a disgrace to our country and to women in general,” she said.

Hana Nielsen, who was visiting Friday from Vermont, said she is having a hard time processing the shock of the ruling, which had been anticipated after the leak of a draft decision.

“I woke up this morning to that headline on my phone and was just infuriated. It’s disgusting. It’s awful,” she said. “I just can’t fathom how so many people could just completely disregard and disrespect women’s rights like that. And yeah, it makes me very, very angry.”

A few young men expressed their disbelief as well over the ruling, along with solidarity for the concept of women’s reproductive choice.

When asked for his views, James Machado was incredulous. “[Women] should have your choice to live your life. They don’t give you guys enough respect,” he said. “It’s crazy, the government is trying to make babies. It should be your choice. Absolutely ridiculous.”

Anthony Gilliam said he feels the decision is anachronistic. He thinks that if a woman is not ready to have a baby and wants to have an abortion, she should be able to.

“I don’t know why they’re [banning abortions] now. They wanna make all these new rules come up,” he said. “I don’t get it. I’m totally against what they’re trying to do.”

David Bertoldi expressed concern that today’s Supreme Court decision may be signal coming attacks on civil rights. “I’m really angry about it. I’m scared of what’s next. What other rights are they going to take away?” he asked.

Koki Irfanull, who is visiting her son in Pittsfield but lives in Minnesota and Pakistan, echoed that sentiment. “As a Muslim, I just feel that abortions are not right,” she said.

Lori Carpenter said she has conflicting emotions about abortion.

She considers herself religious, but had an abortion as a minor. Now that she is closer to her faith, she regrets it. “I talk to God all the time. God is my father,” she said. “Back then, I shouldn’t have had the choice to have an abortion.”

When asked if abortion should be a right, Carpenter hesitated before answering.

“It depends on the situation,” she said.

Her decision to have an abortion came at a difficult moment in her life, she said, at a time when she felt she was not taking proper care of herself.

“It hurts a child if you don’t eat and are under a lot of pressure,” she said. “Just because I was pregnant does not mean I was a mother.”

Disbelief, anger, frustration and fear — those were the emotions expressed by Berkshire County residents and elected officials to Friday's decision by the U.S. Supreme Court to overturn Roe v. Wade.