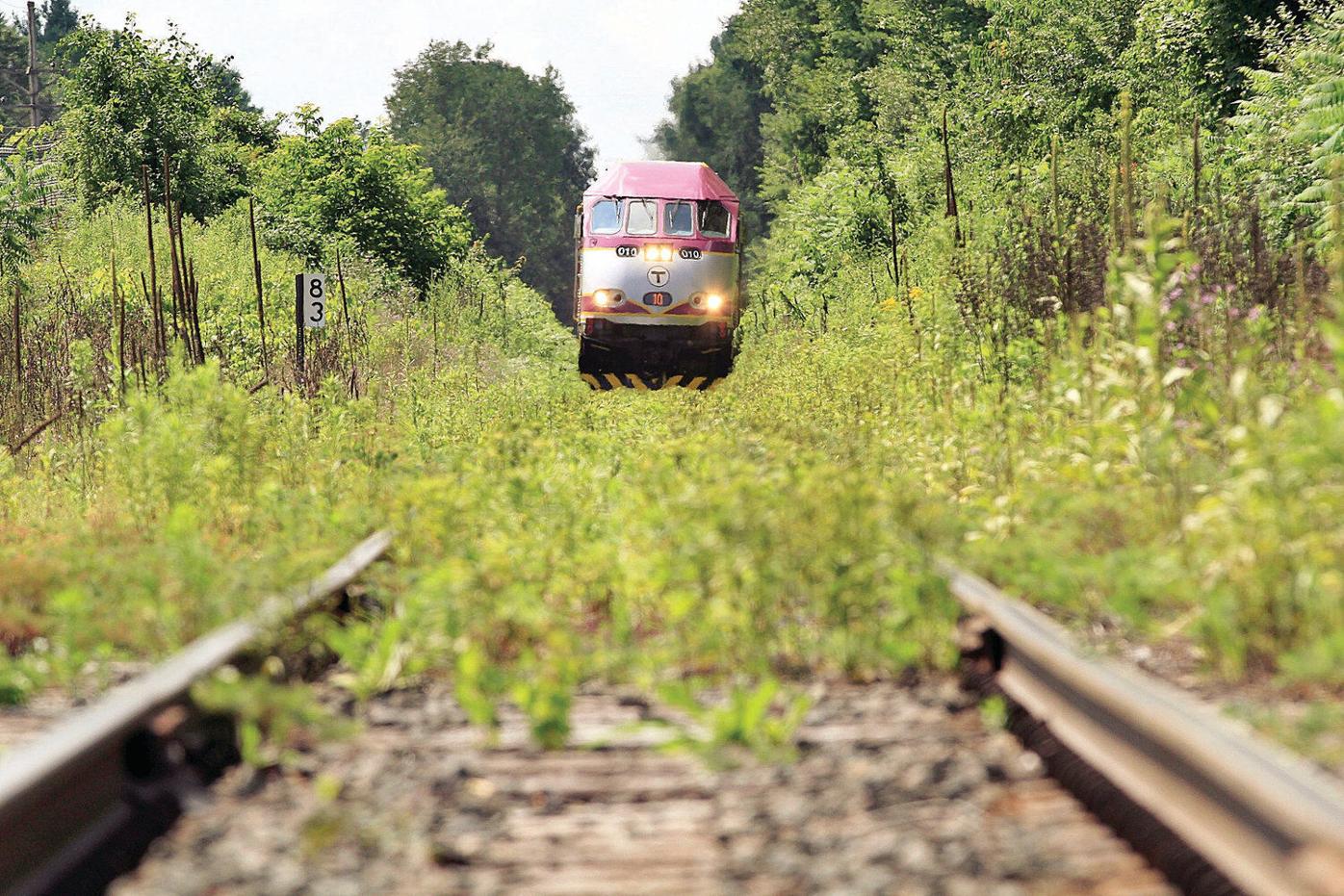 The “Train Time” podcast, hosted by Train Campaign founder Karen Christensen, seeks to take a future-oriented and accessible look at passenger rail in the 21st century. 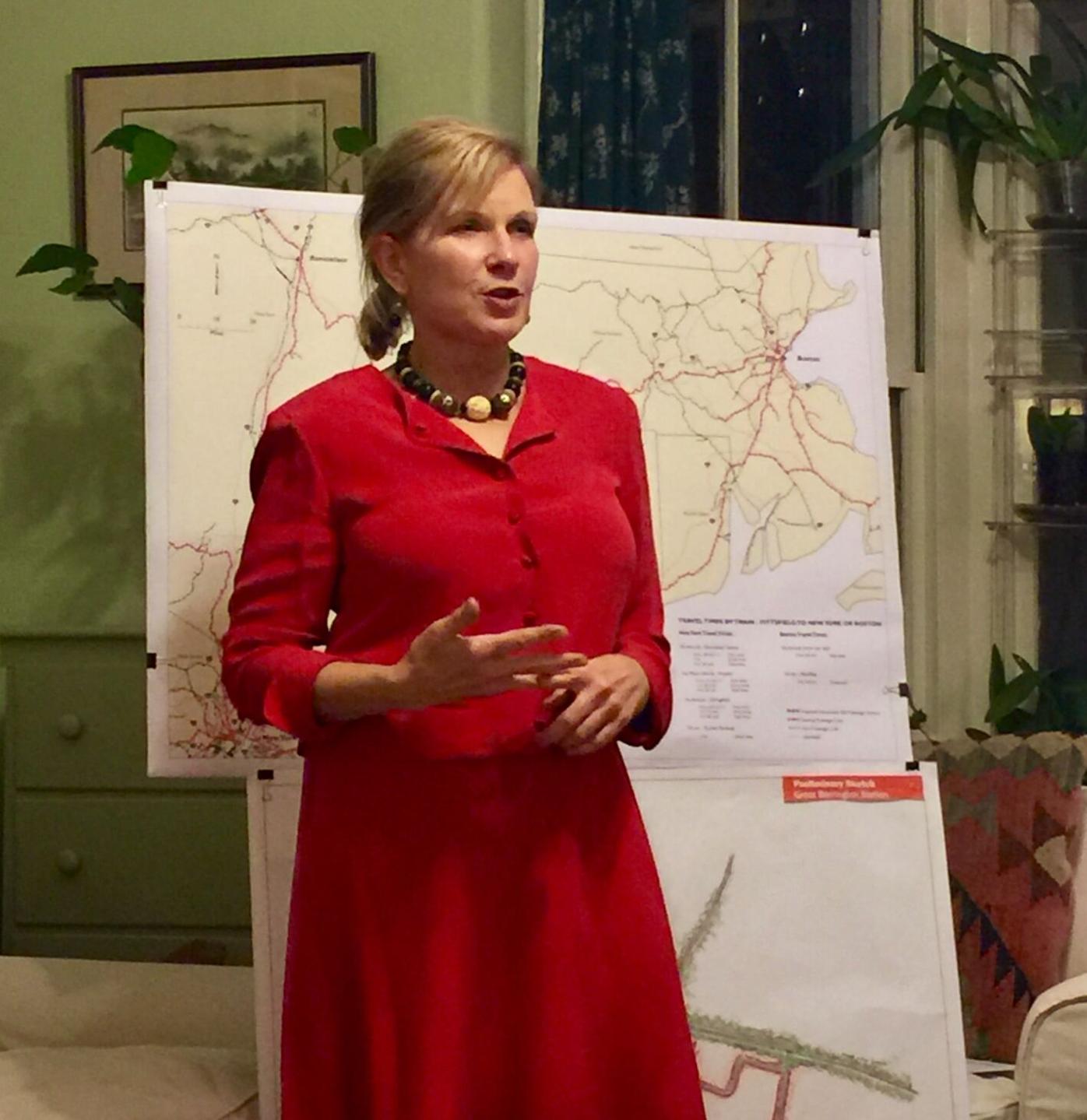 Karen Christensen, a Great Barrington resident since 1991, founded the Train Campaign to advocate for rail transportation in a way that meets residents where they are. The seemingly high price estimates and obscure engineering terms that often surround rail, Christensen says, can prevent people from engaging in those conversations.

If you ask Karen Christensen, it’s never a bad time to talk about trains.

Too often, Christensen says, people think of trains as a thing of the past — they might picture, for instance, 19th-century railways that no longer serve passengers.

The economic challenges and population loss Berkshire County has faced in recent decades, Karen Christensen argues, have been driven, in part, by the shift of government spending from rail networks to highway systems.

But, for Christensen, the story of passenger rail can and should be as much about the future as it is about the past. Through her “Train Time” podcast, Christensen hosts advocates, lawmakers and business leaders for conversations about rail in the 21st century.

Christensen, a Great Barrington resident since 1991, founded the Train Campaign to advocate for rail transportation in a way that meets residents where they are. The seemingly high price estimates and obscure engineering terms that often surround rail, Christensen says, can prevent people from engaging in those conversations.

So, she tries to put things in context: She points to a 2019 study from the Harvard Kennedy School that estimated it costs individuals and governments $64 billion to keep passenger cars and light trucks on Massachusetts roads.

“All of a sudden trains may look like a real bargain,” Christensen said. “People say ‘infrastructure,’ and it sounds big and scary and expensive. And I want to break through the barrier, tease things out for people and make infrastructure interesting.”

Christensen’s guests include regional and statewide advocates — she has hosted state Sens. Eric Lesser, D-Longmeadow, and Jo Comerford, D-Northampton, for instance, as well as former Gov. Michael Dukakis. But, she also has turned to guests who have helped build rail systems elsewhere that, she believes, can offer lessons for Massachusetts.

After all, it was riding high-speed trains in China that led Christensen to start the Train Campaign. “I came back here and thought we should have high-speed rail from New York to the Berkshires,” Christensen said.

Christensen’s Western Massachusetts roots also help her put the region on the map for listeners elsewhere — especially now that the podcast has the backing of Transportation for Massachusetts, a statewide coalition of transportation advocates.

The economic challenges and population loss Berkshire County has faced in recent decades, Christensen argues, have been driven, in part, by the shift of government spending from rail networks to highway systems. Along with globalization that has sent jobs overseas, increased highway spending has moved wealth and jobs toward the suburbs and away from smaller cities in towns. Metropolitan areas and suburbs have faced greater vehicle traffic and increasingly unaffordable living costs, while rural areas have experienced a decline in economic opportunity.

Christensen advocates a “systems” approach to rail that, she said, can create networks that connect people with what they need, whether it’s access to employment and training opportunities or proximity to nature and culture.

One of her frustrations with the state Department of Transportation’s East-West Passenger Rail Study is that she believes it failed to account for the role that the project, a $2.4 to $4.6 billion proposal to connect Pittsfield to Boston by way of Springfield, could play in a wider rail network.

“It’s not just people commuting back and forth between Pittsfield and Boston,” Christensen said. “If you have north-south connection to New York on the Housatonic line, you’ll have people connecting to New York [City] or Albany. And Pittsfield becomes this very lively center.”

Advocates believe that cost remains the main barrier to rail.

Rehabilitating old lines can be an inexpensive way to get the ball rolling, but Christensen doesn’t believe that strategy should come at the expense of wider-scale, more ambitious projects. Especially since rail can help communities decrease vehicle emissions as they seek to curb climate change, Christensen sees more rail as a good thing.

“It’s not zero-sum,” Christensen said. “Why can’t we have both?”