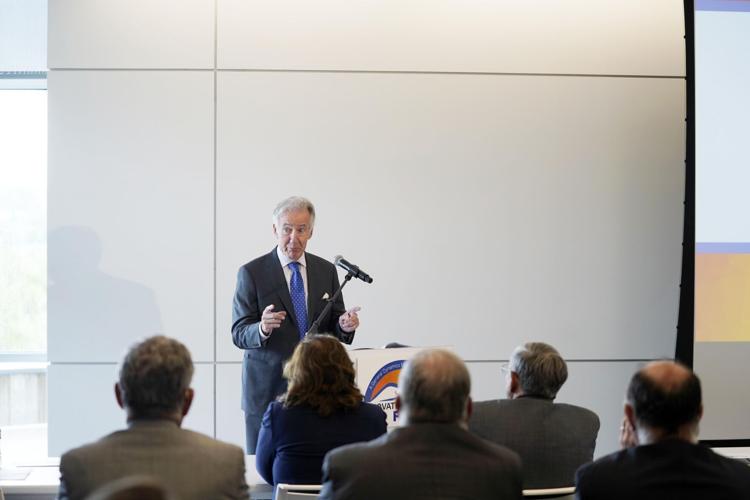 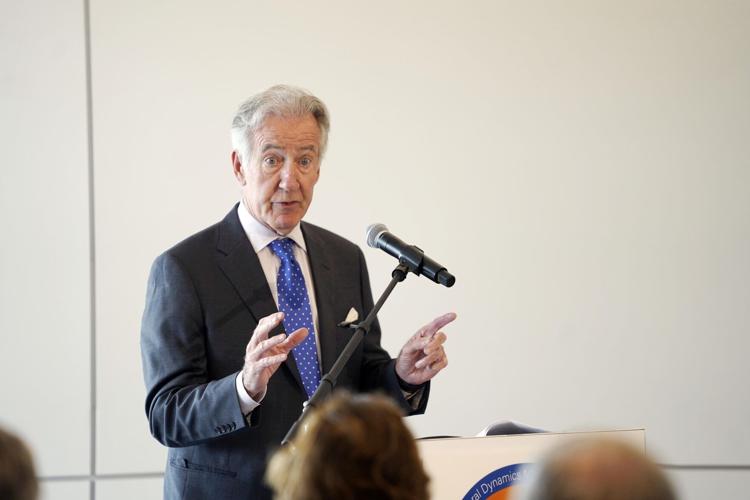 U.S. Rep. Richard E. Neal said Monday that the U.S. can't be "naive about it" when it comes to China and the threat it poses for cybersecurity. 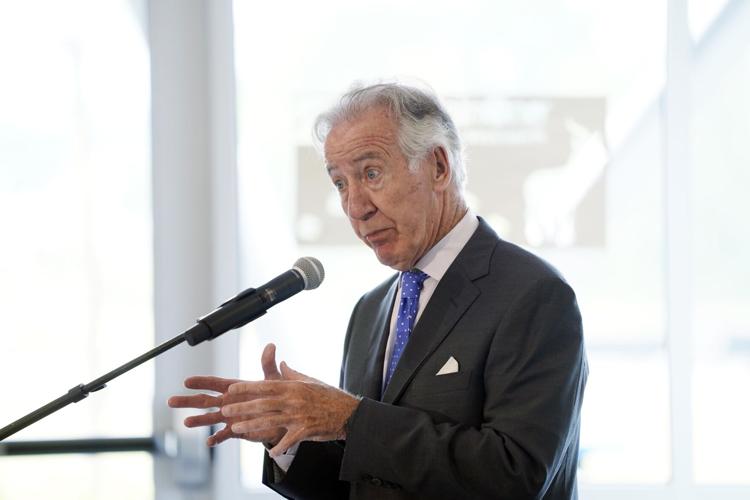 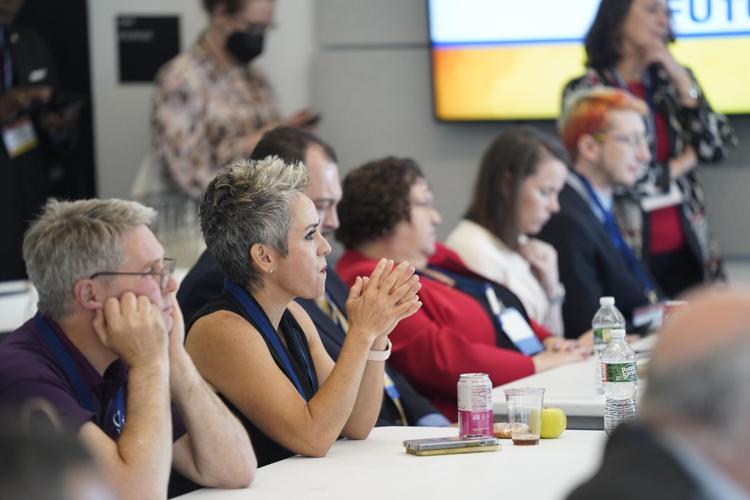 An audience listens during Neal's address.

U.S. Rep. Richard E. Neal said Monday that the U.S. can't be "naive about it" when it comes to China and the threat it poses for cybersecurity.

An audience listens during Neal's address.

PITTSFIELD — U.S. Rep. Richard Neal’s message on Monday was simple: One of the greatest threats the U.S. faces is an attack on its cyber network.

Neal believes that the country needs to be ready to meet that challenge.

“One of the great avenues of growth in the future is going to be cybersecurity,” the Springfield Democrat said Monday, speaking at an event hosted by General Dynamics Mission Systems at the Berkshire Innovation Center. General Dynamics is heavily involved in developing ways to protect the country’s cyber network.

Following his remarks, Neal said that “the cyber security work that is taking place at General Dynamics is critical to the national order.”

Neal, who chairs the House Ways and Means Committee, was the keynote speaker at the all-day event, titled “Innovating for the Future Supply Chain,” which was held to provide local and regional businesses ideas about how to interact with General Dynamics. Representatives of some 75 companies were in attendance, according to General Dynamics officials, along with several local politicians.

Neal said the both Republicans and Democrats “have a very firm position” about the economic challenge that the United States faces from China, but that the negotiations requite a balancing act because the two economies are so intertwined.

“Their cybersecurity and their intimidation of Australia and New Zealand and their investments in Africa, we can’t be naive about it,” Neal said. “At the same time, we have to recognize that it’s the most important economic relationship on earth. Our allies are more comfortable with us than they are in China.”

In order to protect U.S. economic interests, Neal said the House is working on passing its version of the America COMPETES Act, legislation that has already been approved by the Senate. The House version would provide economic incentives through investment tax credits for American companies, which he said would particularly protect the microchip industry.

“If we want to provide investment tax credits going forward we think that innovation and creativity should be rewarded in the chips industry,” Neal said. “So I’m all in on recognizing the international challenge. If we cede that industry to China, to Taiwan, to South Korea, we’re going to hurt America’s economy going forward.

“I’m all in on the investment tax credit for these companies. The trade-off is going to be I want trade adjustment assistance for people who have lost their jobs because of these dislocations. A lot of good people got hurt.”

Neal said he wants the government to approve $11 billion in trade adjustment assistance and $11 billion for investment tax credits, “to get people on their feet.”

He’s interested in having the community college system take over trade adjustment assistance across the country, “to get people back into a job that they’re comfortable with.”

Neal said the biggest challenge the U.S. faces “across the board” is in research and development.

“Kendall Square in Boston now has the highest concentration of research and development in the world,” he said. “We have a pretty exciting story to tell.”

Pittsfield Mayor Linda Tyer thanked Neal for helping the city receive a total of $20.3 million in funding through the American Rescue Plan Act, adding, “we have a lot of ideas about how to use those funds to benefit the most people.”

But Tyer said mayors have been hearing that Congress might try and take some of the ARPA funding back. The city is planning to announce a second round of community investments awards from ARPA funding on Wednesday.

“I can’t imagine that if after you made the commitment to the expenditure that Congress would want to take back the money,” Neal said. “I don’t see any chance that they would try and claw back those dollars.”

"It's a step backwards," Neal said.

He said the court's decision was contrary to what Chief Justice John Roberts had said during his confirmation hearing that he believed in the concept of "settled law."

"To do settled law in the manner that they did was not only disruptive, but takes us in the wrong direction," Neal said, referring to the court's actions.

"The states are bluer and redder, that's for sure," he said, "and that means that there's going to be less room for compromise."