More than 50 conservation and community organizations are calling for improvement to Massachusetts’ state parks after what they described as “a decade of underfunding and understaffing.”

Recommendations include increasing DCR's operations budget by at least $10 million annually for at least the next decade and eliminating the $1 billion deferred maintenance backlog.

“More than a decade of funding and staffing cuts have eviscerated the Department of Conservation and Recreation’s (DCR) ability to meet its mission ‘to protect, promote and enhance our common wealth of natural, cultural and recreational resources for the well-being of all,’” says a letter signed by the organizations sent to legislators and both the current and incoming gubernatorial administrations. 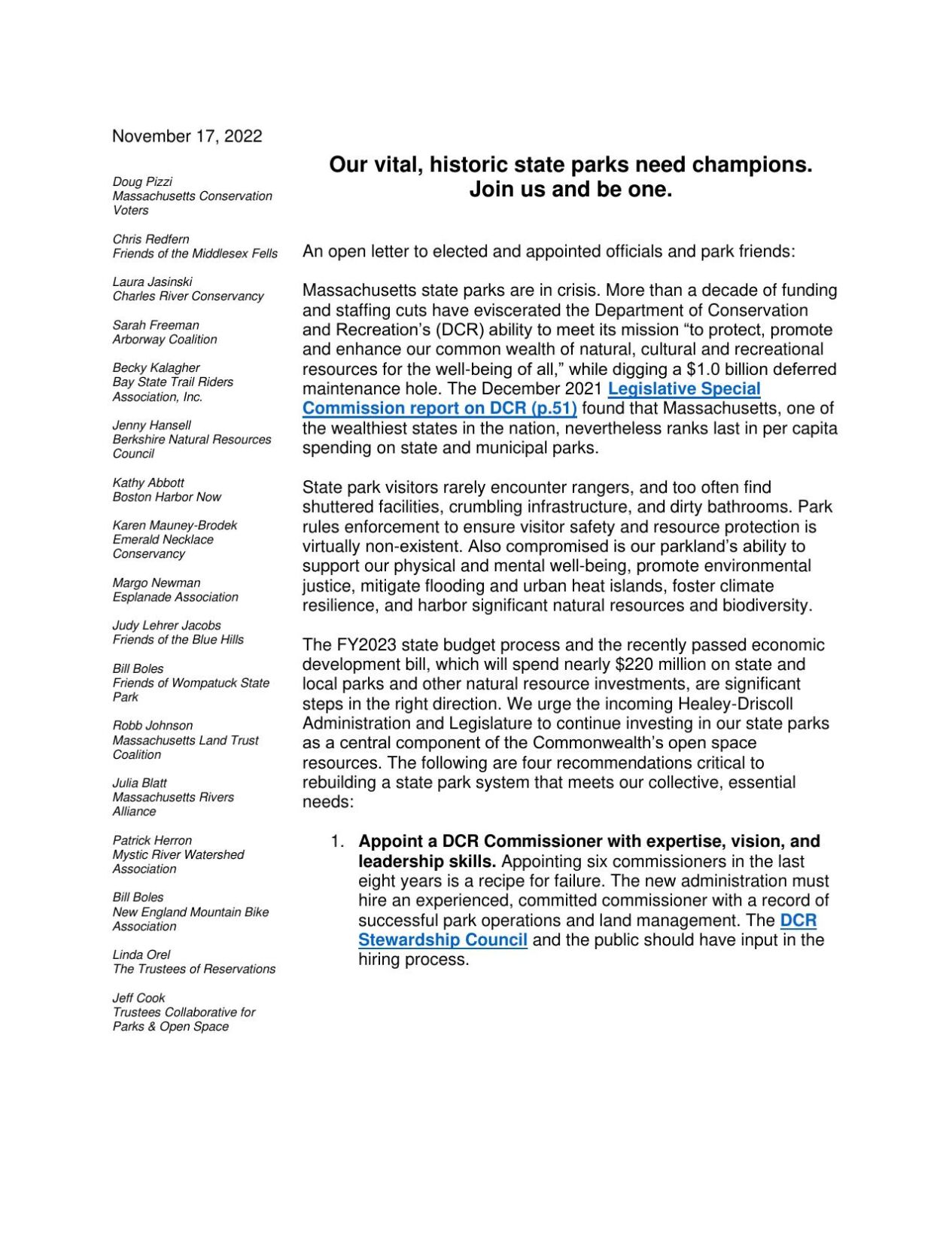 A state-commissioned report released in December 2021 showed the Department of Conservation and Recreation, which oversees close to 500,000 acres of forests, beaches, parks and more, lost 300 full-time employees — about a 25 percent reduction — since 2009.

In inflation-adjusted terms, capital and operational funding provided to the department fell by 16 percent between 2009 and 2021 and has been “relatively flat” for the past half-decade, the report says. The letter calls the fiscal year 2023 state budget and recently signed economic development law, which letter-signers said will spend nearly $220 million on state and local parks and other natural resources, “significant steps in the right direction.”

Signers of the letter recommend that the incoming Maura Healey-Kim Driscoll administration appoint a DCR commissioner with “a record of successful park operations and land management.” 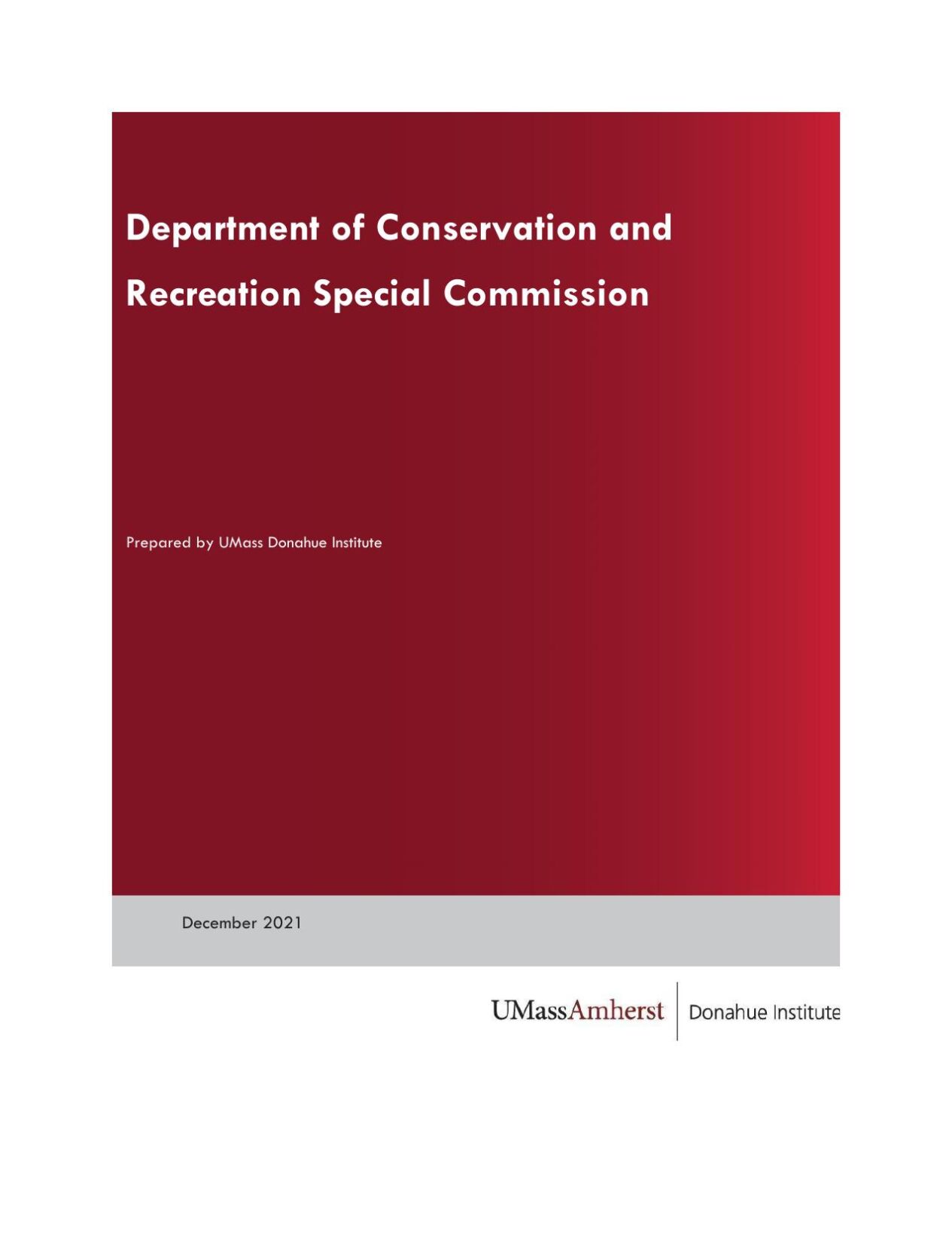 The department’s stewardship council and the public should have input in the hiring process, they said.

Other recommendations for the new administration and Legislature include increasing DCR’s operations budget by at least $10 million annually for at least the next decade and eliminating the $1 billion deferred maintenance backlog using American Recovery Plan Act funding, the state’s budget surplus, capital spending and new dedicated park funding.

“The pandemic proved beyond all doubt that our parks are essential for our physical and mental well-being. It’s long past time to treat them that way,” said Massachusetts Conservation Voters Executive Director Doug Pizzi. “We truly appreciate the progress we have made over the last year, but it will take at least another decade of similar support to erase what took a decade to break.”