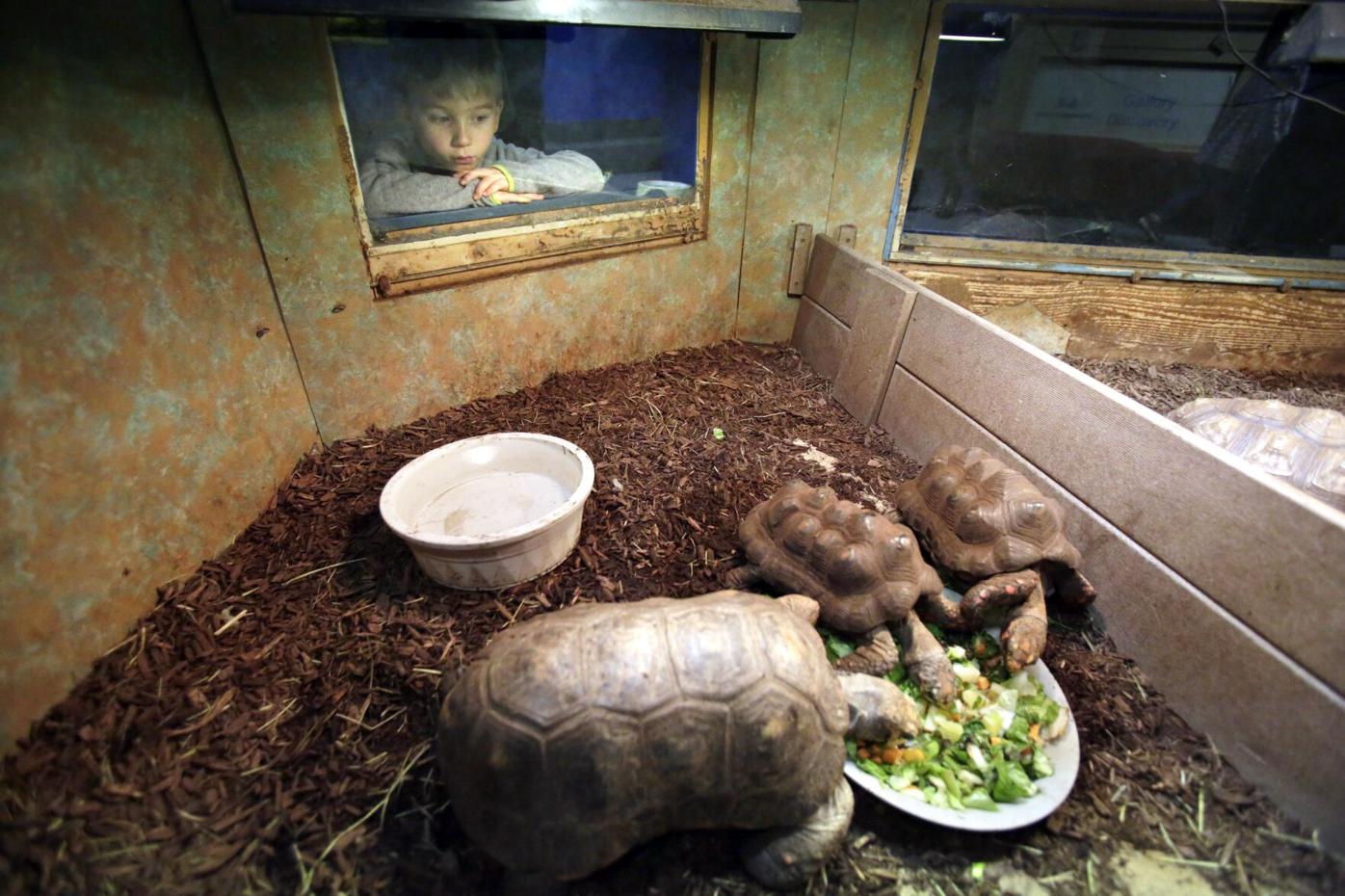 A young visitor watches the red-footed tortoises at the Berkshire Museum in 2015. Chuck is the largest of the three. 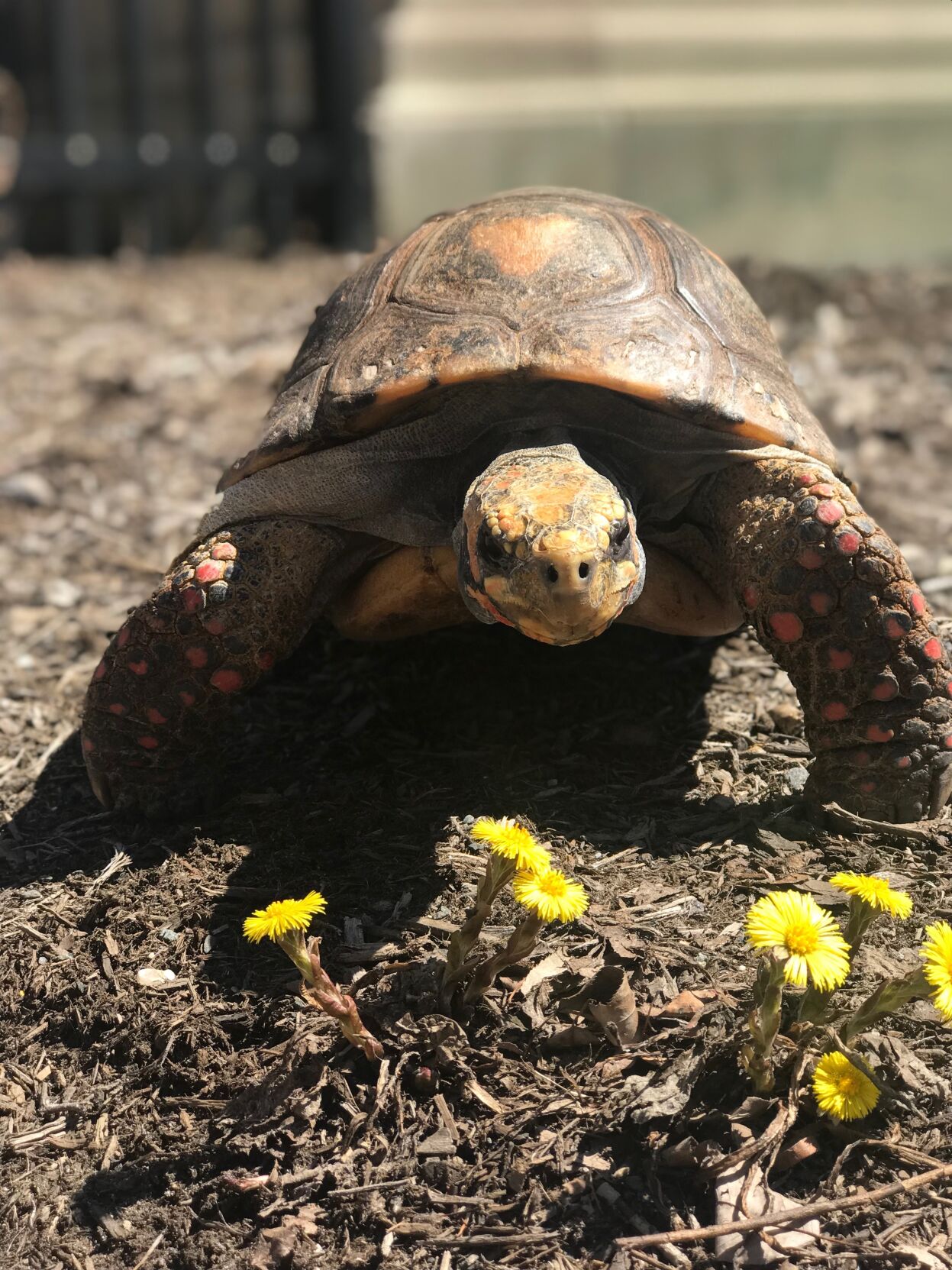 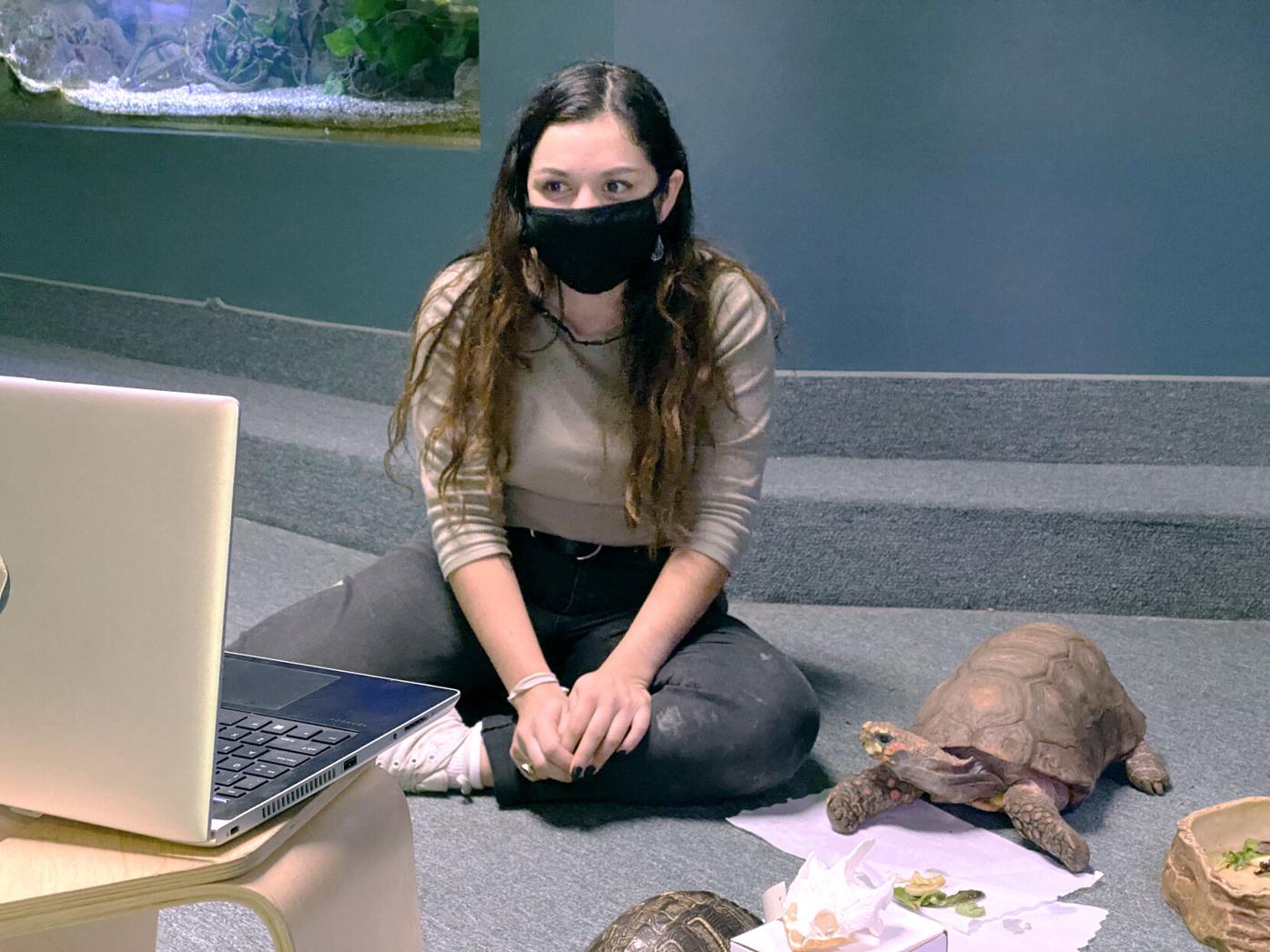 Chuck participates in a virtual class visit led by Berkshire Museum Education Specialist Mariah Baca in 2020. Chuck has long been a fixture of the museum’s curriculum. 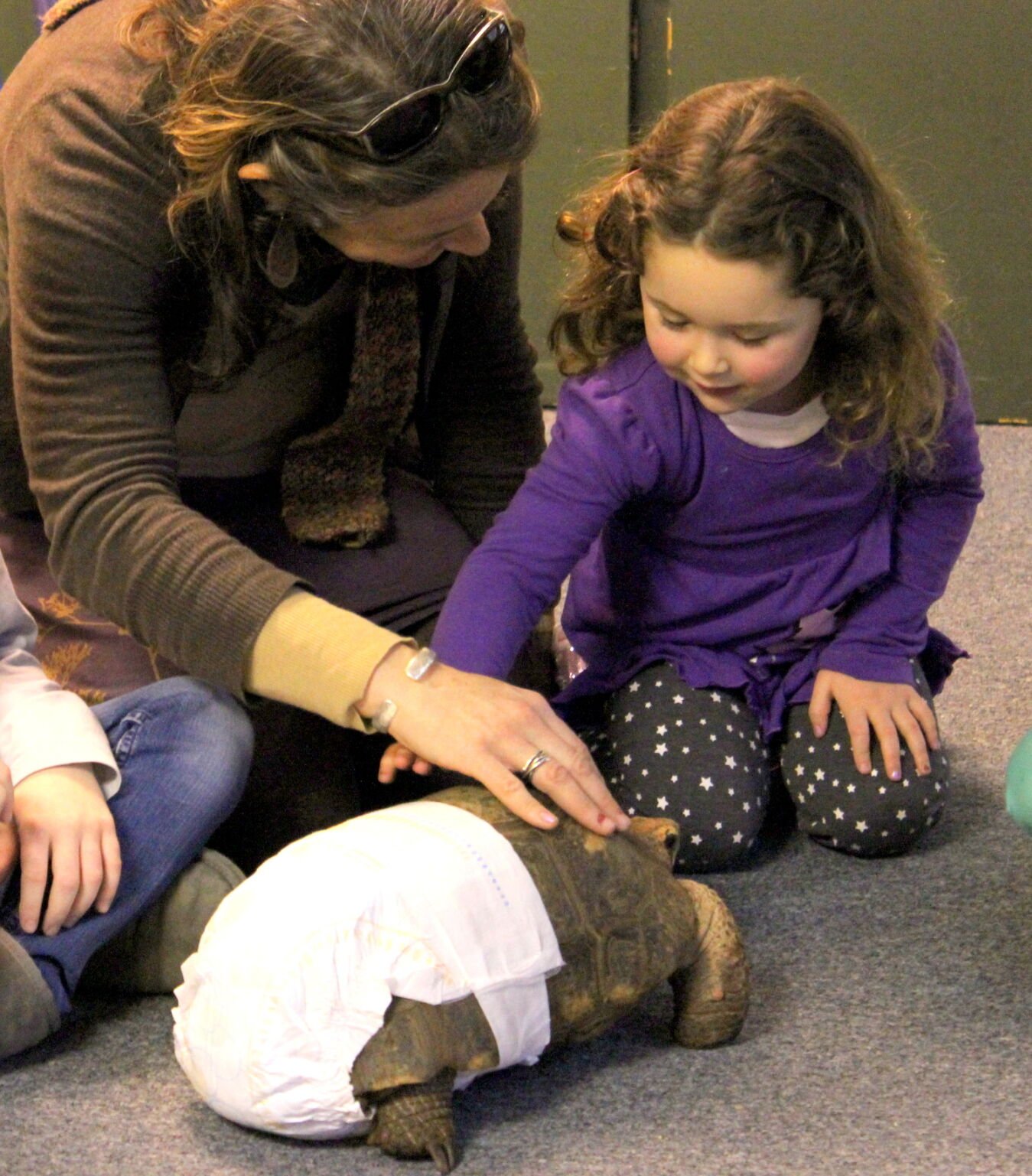 Guests feel the texture of Chuck’s shell during an educational birthday party hosted in the Berkshire Museum Aquarium in 2013. Chuck was a special guest at countless children’s birthdays in his 35 years at the museum.

PITTSFIELD — He loved to munch on dandelions and bananas, liked to frolic on the front lawn of the Berkshire Museum, and even let staffers wax his shell.

His name was Chuck, an elderly red-legged tortoise who arrived at the Berkshire Museum 35 years ago and never left. A fixture at children’s birthday parties since 1986, popular with generations of patrons, Chuck brought joy to many. But there was only grief at the museum Wednesday because Chuck has passed away.

Plans call for Chuck, the Berkshire Museum's tortoise, to be cremated and his ashes returned to the museum. The museum is collecting stories and photos of Chuck which will be used to create a small memorial at his aquarium enclosure. To share their stories and photos, members of the community are encouraged to email info@berkshiremuseum.org or visit berkshiremuseum.org/remembering-chuck.

“There’s universal sadness,” said the Berkshire Museum’s executive director, Jeff Rodgers. “There’s been lots of talk among the staff about their memories of Chuck, how they’re sad for the community because there won’t be a Chuck anymore.”

Rodgers said Thom Smith, the local naturalist who brought Chuck to the Berkshire Museum in 1986, believed he was either over or close to 80 years old, which is 30 years longer than red-legged tortoises normally live. According to Reptiles Magazine, most indications are that red-footed tortoises can live for more than 50 years, and will have longer life spans if kept in ideal conditions that mimic their natural habitat without the threat of predators present. Smith could not be reach comment Wednesday.

Chuck was found deceased in his enclosure when the museum’s aquarium staff reported for work Monday.

“It’s a terrible way to start your day,” Rodgers said. “He had not been well for a few days, so we recognized that his health may have been failing. We had been in touch with the vet. He was scheduled for a visit this morning, I think.”

Chuck — Rodgers said he didn’t know how the tortoise received that name — had grown up in captivity and lived in an apartment in New York City before Smith brought him to Pittsfield. “My understanding is that someone had a collection of reptiles,” he said, “and that someone needed to find a home for them. I don’t know how the Berkshire Museum got into the loop on that.

“He was raised for the first half of his life in an apartment setting. I think he was very much a pet and was used to being around humans,” Rodgers said. “He would respond to things. When you would go see him first thing in the morning he would walk towards you. Tortoises don’t smile, but I could swear he had a smile on his face.”

Chuck’s longevity made him popular with museum patrons.

“When you’re in a place for 35 years, generations grow up with you,” Rodgers said. “A grandparent bringing a grandchild and being able to tell the story of when they first saw Chuck. It becomes one of those shared experiences. You want to go back and see this remarkably long-lived tortoise and share your stores of when you first interacted with him. We’ve had kids have entire birthday parties themed around being in the aquarium and having Chuck be a part of that because they gravitated towards him.”

When asked what children liked about Chuck, Rodgers said, “I think there are as many answers as there are kids out there.”

Staffers often brought Chuck outside on the lawn.

“Chuck often came out do so some free range work,” Rodgers said. “They would diaper him because he could be messy. He’d be in his glory munching on bananas and dandelions.”

“We would take him out on the front lawn in the nice weather,” said John Brancazzu, manager of the Berkshire Museum’s aquarium. “He loved dandelions. He would always save one dandelion. It would be hanging out of his mouth like a cowboy and he’d hold on to it for hours.

“We had shell wax and every once in a while he would tolerate it,” said Brancazzu, an 11-year employee of the museum. Chuck was more than an animal to him.

“I started here as a young 20-year-old, and kind of grew up into an adult here and Chuck was here all along,” Brancazzu said. “I know it’s part of the job that you lose animals, but Chuck saw me grow into the person that I am. It’s a sad loss.”