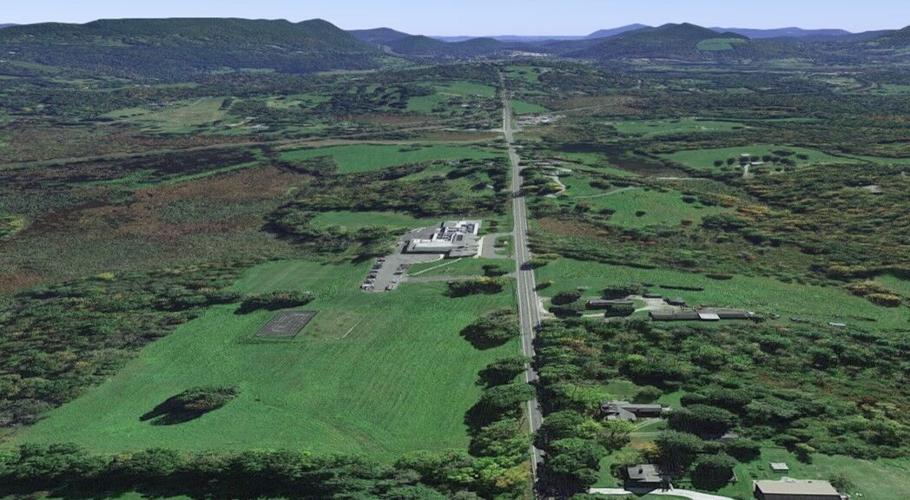 RICHMOND — The fate of a proposed $6.6 million town center complex north of the Richmond Consolidated School will be in the hands of annual town meeting voters next month.

The planned town offices, community center and library would be the largest building project since the major renovation and expansion of Richmond Consolidated School, completed in 2000.

A site visit, giving the public a tour of the location, is scheduled from 10 to noon May 1. The property, where the tennis court is located, was purchased by the town in 1996.

The traditional “baby town meeting” to inform voters is scheduled for 10 a.m. May 8, also at the school.

Since the project involves financing, it requires a two-thirds supermajority at the annual town meeting at 7:30 p.m. May 19, in the school. If approved, it also would need a simple-majority debt-exclusion vote at the annual town election May 22. Voting hours are 11 a.m. to 7 p.m. at Town Hall.

A $1.9 million Town Hall/library proposal went before voters in 2002, but it came up eight votes short of the two-thirds supermajority. A revised plan failed in September 2005 by a handful of votes.

Now, the century-old Town Hall is a health hazard because of air flow, mold and septic system problems.

“It is very run-down; our town should do better than that,” said Dick Stover of the Municipal Building Committee, at an April 17 informational session.

“We can’t keep using it, it’s awful, the sewer line is plugged and we’re going to have to dig it up, a $70,000 project,” said Pat Callahan, a project organizer and Building Committee member. “It’s just not feasible, and it would cost a ton of money to fix.”

The cramped town library, in a former truck garage on Route 41, is the only one in the state in a rented space.

Stover, Callahan and Selectman Roger Manzolini have called the town center proposal an investment in the future of Richmond.

“We’re replacing two old buildings that are in great need with a new, modern, beautiful and efficient building, and by doing them together like this, saving money,” said Kathryn Wilson, a Building Committee member and library trustee.

The project would create the rural town’s first center for social and cultural life.

“These costs may seem a little high, but all costs seem high,” he pointed out. “But, they’re necessary expenses to properly execute a project of this size, and they’re within the range you would expect for public construction projects in Massachusetts.

“The time is now, with interest rates at historic lows,” Manzolini emphasized. “It’s an incredible opportunity for towns and individuals, from a borrower’s viewpoint. If not now, I’d like to know when? This is it; we have the need now, the economic opportunity is now, COVID is behind us, hopefully.”

He pointed out that the town has just paid off the 20-year bond for the $6 million school expansion project, which partially was reimbursed by the state and carried $150,000 in annual interest costs, which now will be off the books.

The yearly interest payments for the town center project would total about $308,000.

The estimated impact on property taxes would be $37 per $100,000 of assessed valuation.

The owner of a median-valued $352,000 home would pay an additional $130 per year, meaning half of the residents would pay less than that and half would pay more, Manzolini stated.

“If we don’t do this now, I don’t think there’s a new building in our future,” Callahan asserted.

• Town offices comparable in size to those at the current Town Hall, which would require at least $3.2 million to renovate, and bring up to health and safety codes;

• An expanded library with a reading room and improved space for a book and film club, other events and for children’s programs;

• A community meeting room with space for up to 75 people, with flexibility to also host classes, exercise programs and senior citizen events;

• An energy-efficient center with 50 parking spots and internet availability even when the library is closed.

If voters approve the proposal, the project would go out to bid this summer, with construction expected to start in October and occupancy anticipated in late 2022.

The current Town Hall either would be sold, if a buyer can be found, or demolished.

“We want to get it off our books, and off our hands,” Manzolini said.

“Our plan will give the town a center, creating a community atmosphere that meets with the needs and values of Richmond,” project organizers stated.

“We’ve done a lot of work on it, and we’re hopeful,” Stover said.

“We’re hoping that the stars are aligning here,” Callahan added.