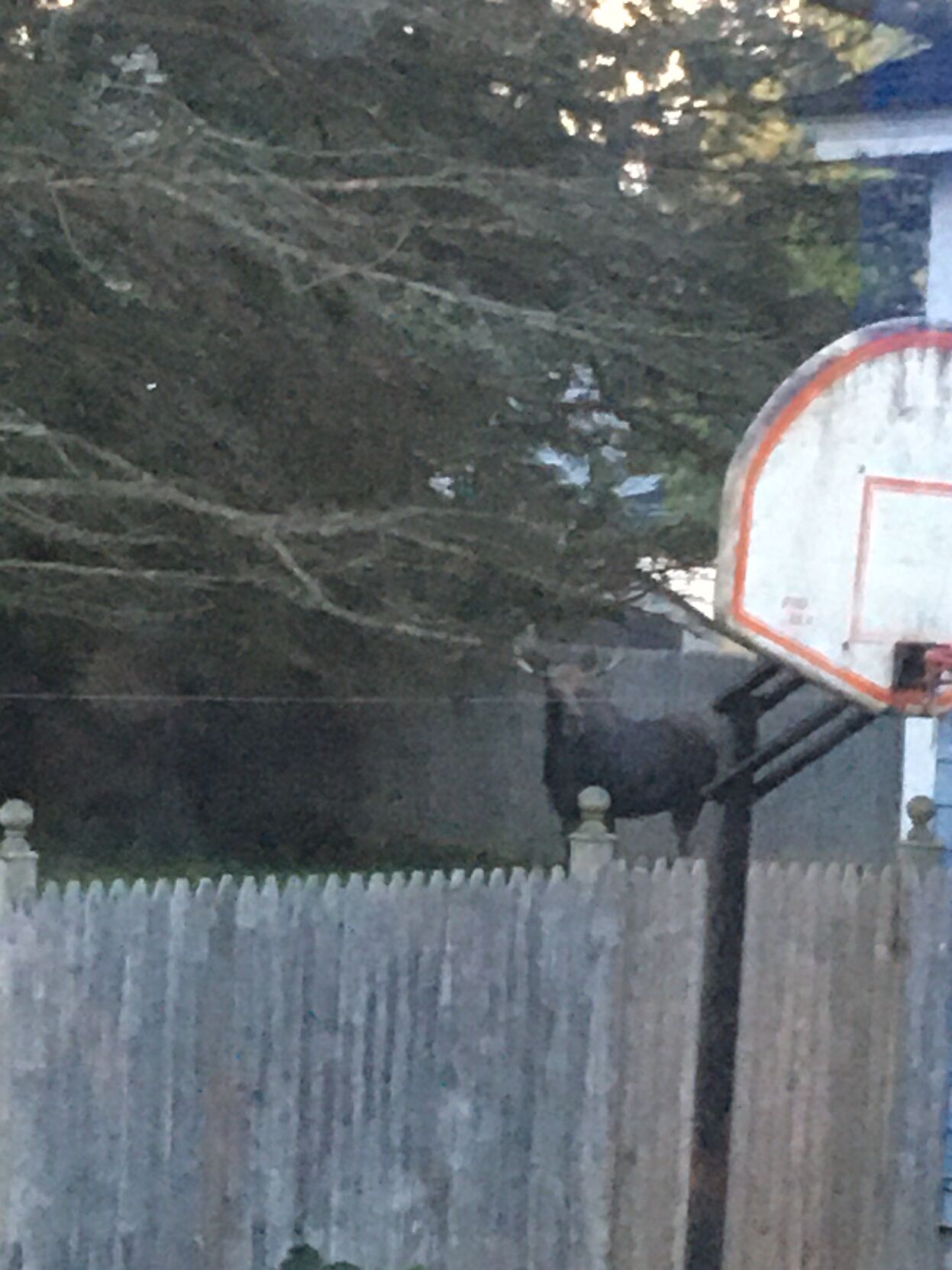 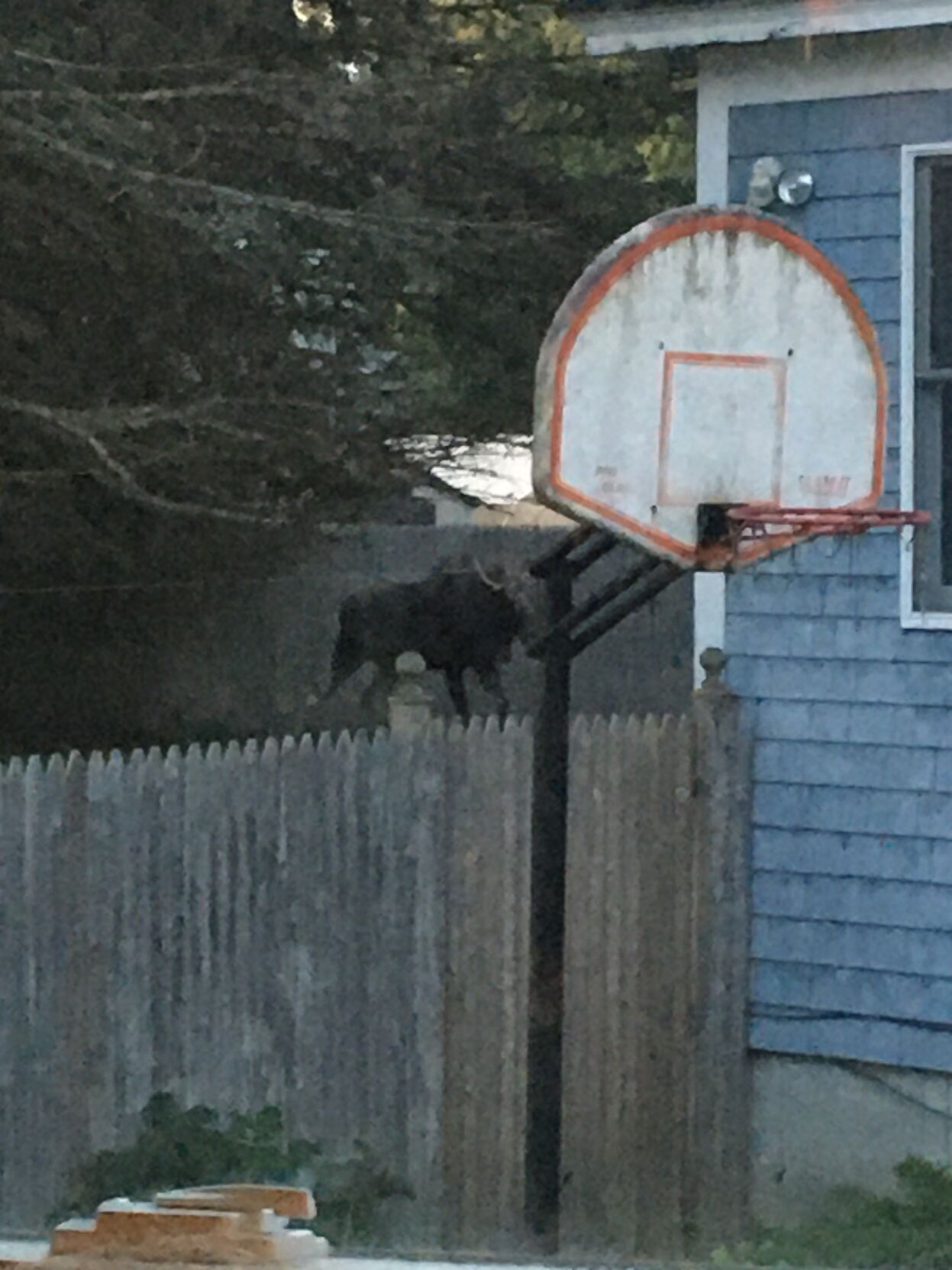 PITTSFIELD — Why did the moose cross into city limits last week? It was definitely not to get to the other side.

Bad jokes aside, a person who would know speculated that the animal might have just gotten lost.

The fall months of September and October are a breeding period for moose, and during that time they tend to wander around a lot in search of forested areas with wetlands, according to Andrew Madden, western district supervisor for the Massachusetts Division of Fish and Wildlife.

But, he added, "It's uncommon for them to be in urban areas like Pittsfield."

The moose in question was spotted around 7 a.m. Oct. 5 trotting through the Elm Street neighborhood. Sarah Walker, who lives on Northumberland Road off of Elm Street, was getting her kids ready for school when her sister Jessica Wehry, who lives nearby, texted to tell her about the moose.

Wehry had seen it in a neighbor's yard, and it had jumped a fence and was possibly headed her sister's way.

It was, indeed, headed that way, and soon Walker heard the loud footsteps of the animal. Her two boys got excited and ran out to see it. It's unclear — judging by photos that Walker's sister took and shared with The Eagle — how tall the moose was, but adults can measure up to 6 feet at the shoulder. Adult females often range in weight from 500 to 700 pounds, while adult males can weigh up to 1,000 pounds.

"Not scary at all" is how Walker described the experience with the moose, which then went on its way and disappeared.

A few people who spotted it did call Pittsfield Police, but by the time officers showed up, the moose was long gone and not available for questioning.

MassWildlife doesn't have county-by-county estimates for moose population, but Madden said there are likely 900 to 1,000 statewide. "Many of those will be out in our area," he said.

And so, the mystery of why the moose wandered into city limits will remain just that.

But, what should you do if this animal returns and wants another taste of city life? For one, don't get near it. "They seem docile, but they are a large animal," Madden said. "As with any wildlife, (they) should be respected and watched at a safe distance."

After Walker finished speaking with a reporter, she followed up with a text that could explain why the moose might have passed by her home: It had something in common with one of her sons.

"Also should have mentioned that it was my son Mason's 9th birthday," she wrote, "and his nickname is 'Moose.' "