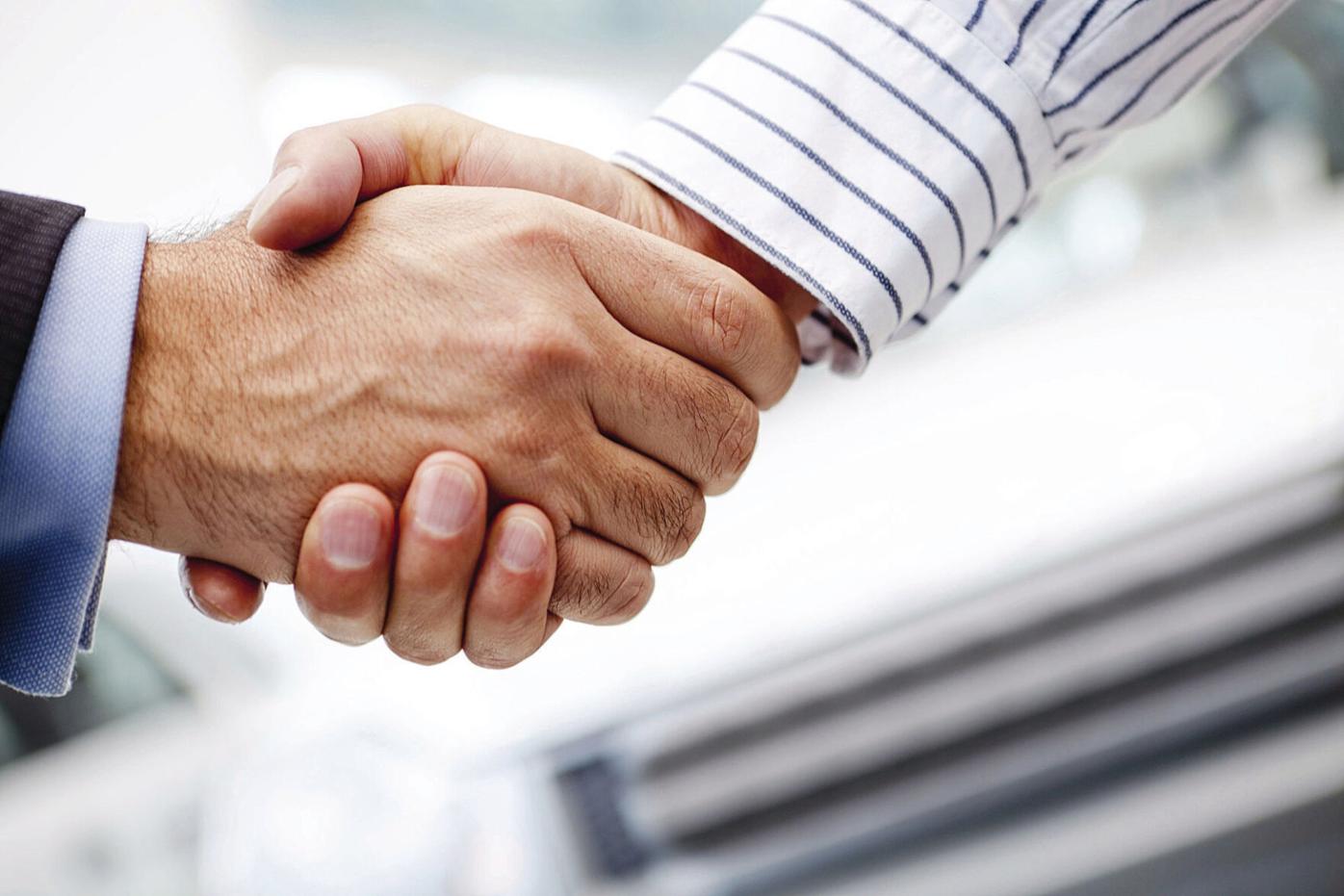 Local public health experts predict that, eventually, we will shake hands again, and that we will be far more conscientious of the way our health is linked to those around us. 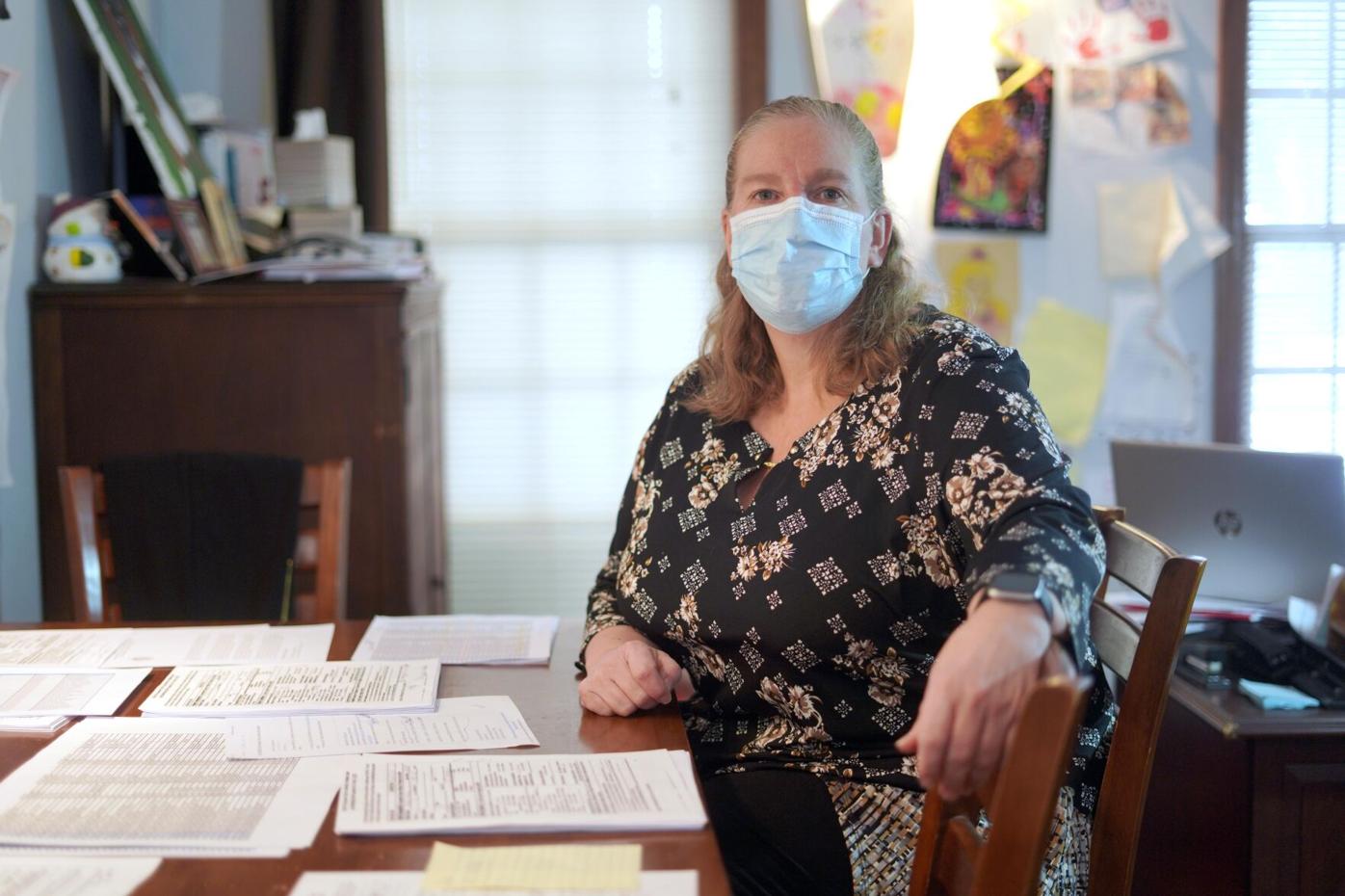 Leslie Drager, lead public health nurse with the Berkshire Public Health Alliance, hopes that masks become a seasonal accessory, worn in crowded spaces from November through March. “I think people have finally realized the importance of everything we were told by our parents,” she said. “Wash your hands, don’t sneeze on other people. That’s something we’re gonna carry with us.” 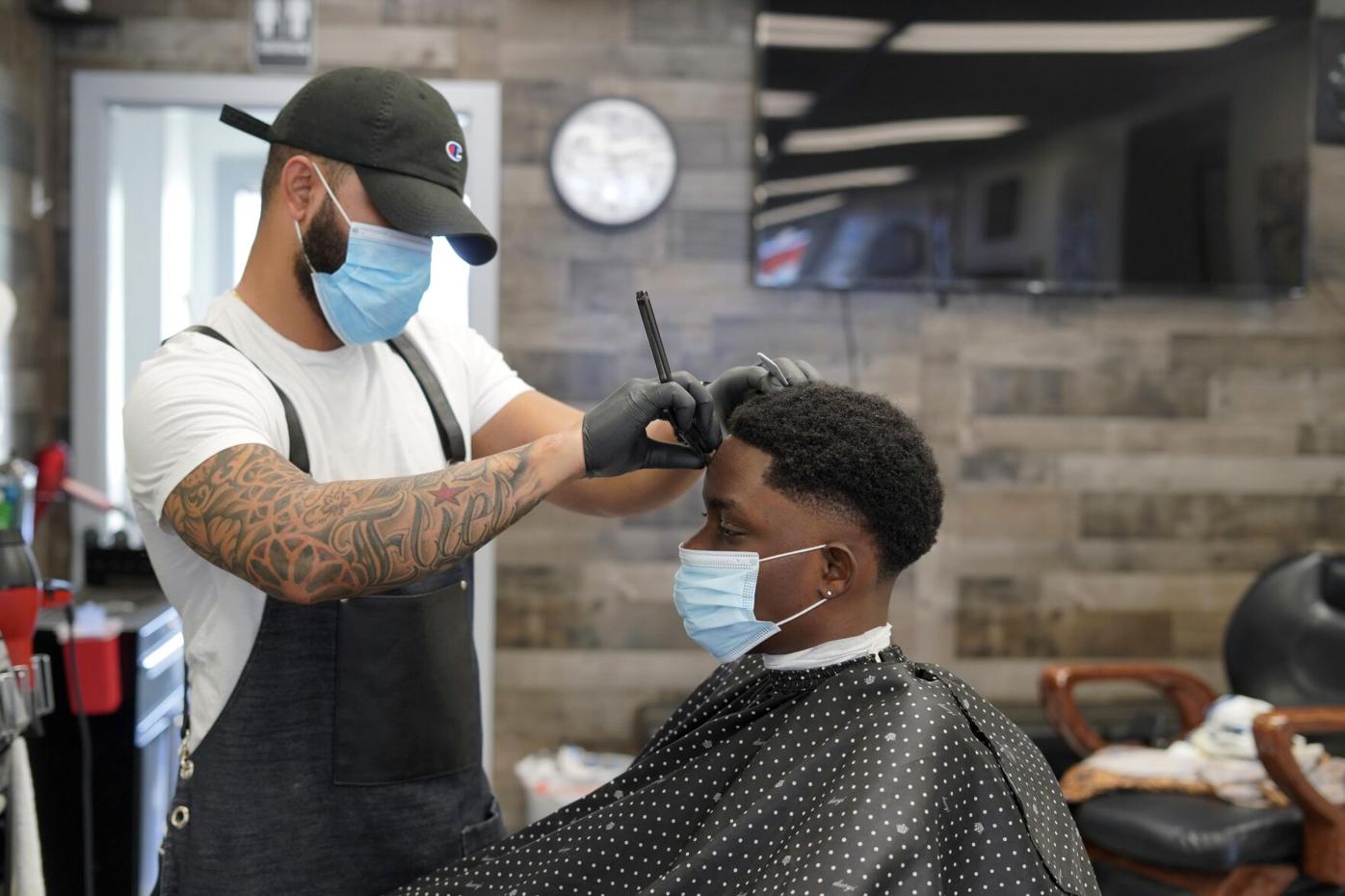 Franklin Bayno cuts Maimoudou Bamba’s hair in May at All Star Cuts in Pittsfield. What it means to take back agency as the pandemic recedes will depend on individual preferences and risk tolerance, says Concord-based author David Ropeik, but for many, it probably will mean returning to activities like dinner parties and professional haircuts, especially if the virus threat continues to diminish. 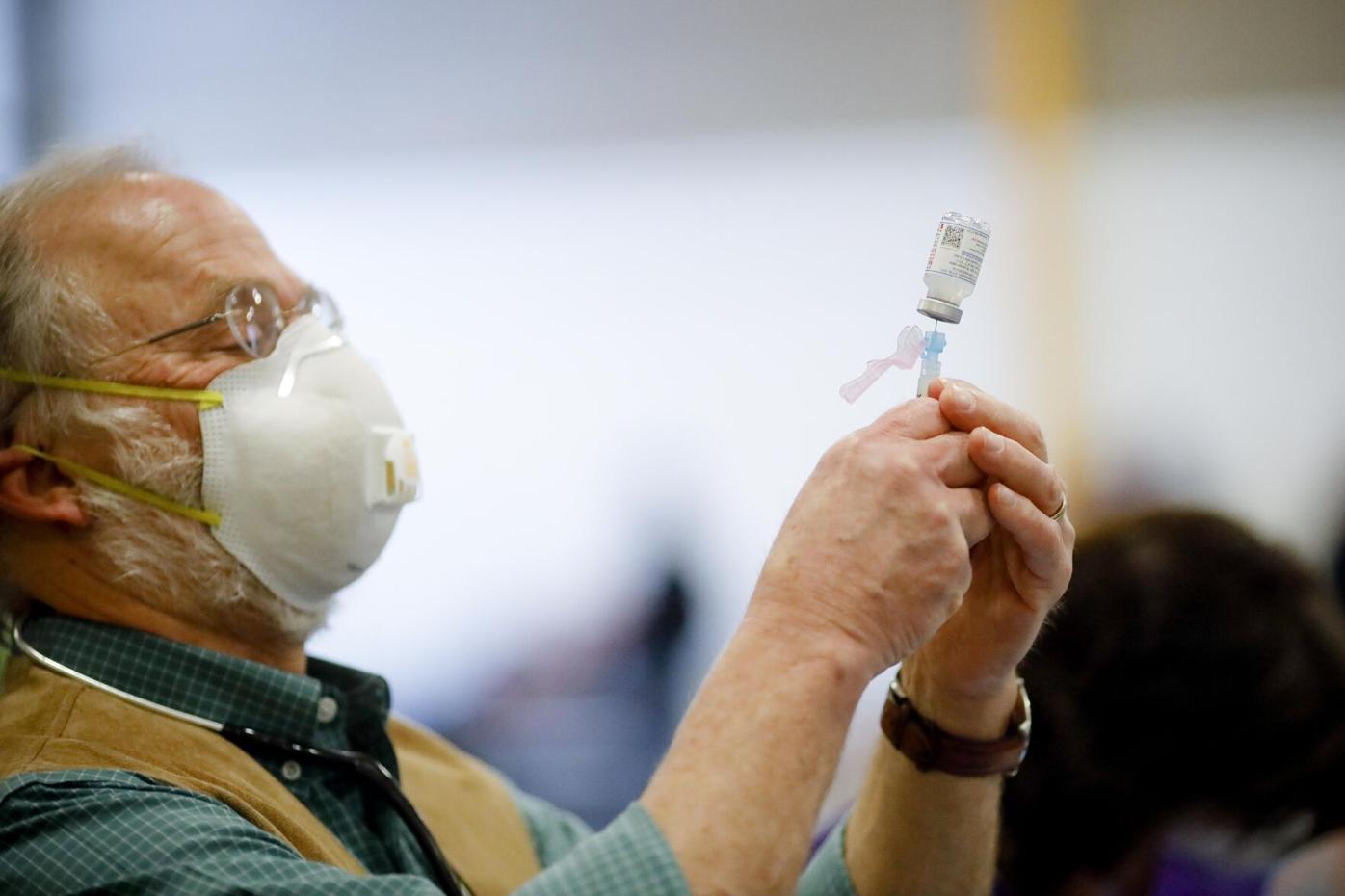 Dr. Alan Kulberg, chairman of the Pittsfield Board of Health, readies a dose of the Moderna COVID-19 vaccine during a vaccination clinic in January in Pittsfield. Kulberg has no doubt that masks have become normalized during the past year. “I'd say the most likely thing that's going to continue is masking,” he said.

The heaviest toll of the coronavirus pandemic has been the loss of loved ones: friends, parents, grandparents, spouses, children. But, running like an undercurrent to all of it has been the loss of the lives we knew. The practices that shaped our days have been replaced by a new set of rituals: social distancing, elbow bumps, Zoom meetings and constant masking.

Now, health and behavior experts have started to consider which of those practices will outlast the pandemic.

“We will get to a place where we won’t wear masks again, if we don’t want to,” said Dr. James Lederer, chief medical officer at Berkshire Health Systems. “We will get to where we can be in larger group settings. But, we’ll take some of the best of this, and use it.”

As daily COVID-19 infections remain high and variants continue to spread, medical professionals and public health experts caution that very little will change in the coming weeks. But, as they look to the summer and next year, they predict that some of this year’s habits will linger long into the “new normal.”

An extended masking habit, they all agree, could have immense social benefits.

“I’ve had no significant COPD admissions this winter,” Lederer said. “There were zero flu admissions.”

In a typical flu season, Berkshire Health Systems sees as many as 15 to 20 influenza inpatients each month. This year, a combination of masking, distancing and flu vaccinations kept those hospitalizations and deaths at record lows in the Berkshires and across the country.

Based on that success, Lederer says he might advise patients with conditions like chronic obstructive pulmonary disease or asthma to keep wearing masks in certain contexts.

“No matter what COVID does or doesn’t do, I’ve learned that, for high-risk populations, there are some behaviors that are in their best interest to engage in, in the right setting,” he said.

Dr. Alan Kulberg, chairman of the Pittsfield Board of Health, has no doubt that masks have become normalized during the past year.

“I’d say the most likely thing that’s going to continue is masking,” he said. “Especially when people are outside their homes, going shopping; I think it will likely continue, because it’s such an effective way to mitigate disease.”

He suspects that the summer will bring relief and some relaxed precautions, especially for vaccinated people, but that physical contact will resume slowly and haltingly over a long period of time. People probably will shake hands again, he says, but they also likely will carry hand sanitizer, with an increased consciousness about the risks of being in proximity to another person.

“We’re going to be more hesitant to approach people,” he said. “To hug people. To touch people.”

Leslie Drager, lead public health nurse with the Berkshire Public Health Alliance, hopes that masks become a seasonal accessory, worn in crowded spaces from November through March. At the minimum, she suspects that people will have much more respect for the ways that health and well-being are communal concerns, not just personal issues, and for the importance of public health.

“I think people have finally realized the importance of everything we were told by our parents,” she said. “Wash your hands, don’t sneeze on other people. That’s something we’re gonna carry with us.”

“I told my staff, going forward I don’t care where anybody works,” Thomas said. “Maybe at some point down the road we’ll agree that we should be in the office together for a day a week, two days a week, but it’s not a productivity issue at all.”

Thomas has seen numerous signs that remote work is here to stay. A friend who sits on the Massachusetts Business Roundtable, which represents large corporations, told him that as much as 40 percent of the represented workforce likely will remain remote permanently. The commonwealth has gone so far as to implement a permanent telework model for half of state employees.

That likely is to drive a larger divide between employees who have to operate in person, like those in the service industry, and workers who can stay remote. For the latter, Thomas said, the pandemic has given some people, including introverts like himself, a glimpse into a working environment that makes their lives easier and better.

“I hope that organizations can better respect the needs of individual workers in terms of work environment,” Thomas said.

What of leisure activities?

Leisure, on the other hand, could take a slow and meandering path back to normal. Most health experts who spoke with The Eagle remain hesitant about dining out or going to crowded places. But, David Ropeik, the Concord-based author of “How Risky Is It, Really?: Why Our Fears Don’t Always Match the Facts,” thinks many people will jump at the opportunity to return to old activities after they have been vaccinated.

“You’re instinctively more worried when you don’t control what’s going on,” he said. “So, if you’re driving a car, you’re less worried than when you’re the passenger.”

That loss of control is part of what has made the past year so unsettling. What it means to take back agency will depend on individual preferences and risk tolerance, Ropeik says, but for many, it probably will mean returning to activities like dinner parties and professional haircuts, especially if the virus threat continues to diminish.

“COVID won’t be as big a blip on our risk radar screen,” he said. “It won’t be all that people talk about, and it will diminish as a threat both emotionally and physically.”

The less we hear about the virus, and the more control we feel, Ropeik says, the more we will reach back out for our old lives.

“Choirs will sing in churches again. People will receive Communion at Mass. All of it will be a way of manifesting a return to the power over our own lives. That’s what normal is.”

“Choirs will sing in churches again,” he said. “People will receive Communion at Mass. All of it will be a way of manifesting a return to the power over our own lives. That’s what normal is.”

In the meantime, health experts caution that “normal” is not yet within reach.

“We need to be vigilant and not let our guard down,” Kulberg said. “The pandemic’s not over. I don’t think the last chapter’s been written yet.”