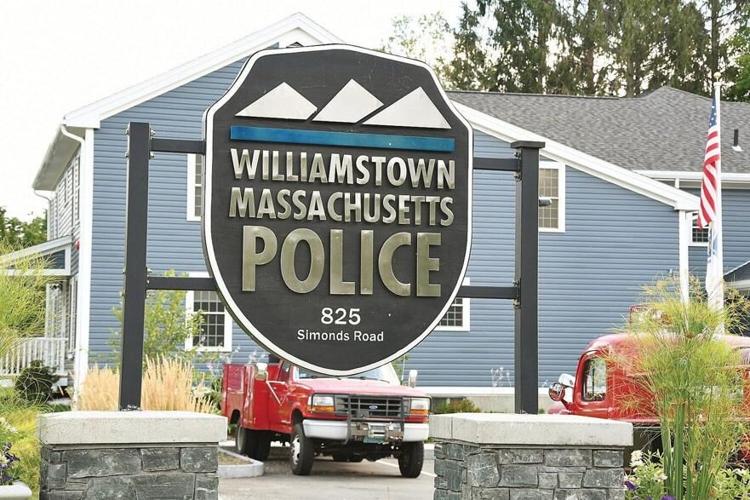 A employee complaint against Sgt. Scott E. McGowan led Williamstown Town Manager Jason Hoch on Monday to direct that McGowan be placed on a paid administrative leave, pending an inquiry. McGowan's attorney, David A. Russcol, said the sergeant has not been informed about the nature of the complaint. 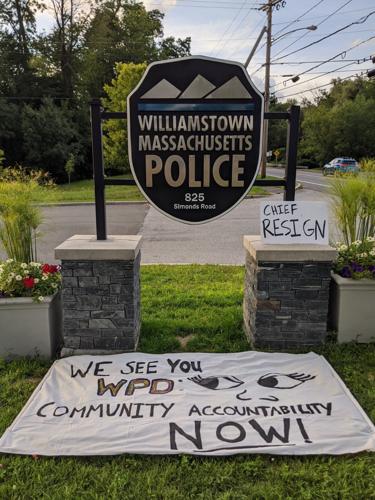 Williamstown has been struggling with issues of race and policing as a result of the Black Lives Matter movement, as well as allegations of past racial and sexual harassment at the Police Department.

A employee complaint against Sgt. Scott E. McGowan led Williamstown Town Manager Jason Hoch on Monday to direct that McGowan be placed on a paid administrative leave, pending an inquiry. McGowan's attorney, David A. Russcol, said the sergeant has not been informed about the nature of the complaint.

Williamstown has been struggling with issues of race and policing as a result of the Black Lives Matter movement, as well as allegations of past racial and sexual harassment at the Police Department.

WILLIAMSTOWN — It looks like that independent probe of the Police Department might happen after all, but not in the form many called for weeks ago.

After former Police Chief Kyle Johnson’s resignation Monday and the dropping of a lawsuit against him and the town manager, the Select Board might move forward with an “independent investigation” of the Police Department.

“That certainly opens the door to the independent investigation being able to move forward,” said Jane Patton, the board’s chairwoman.

Patton said she and other board members were surprised to learn that Sgt. Scott McGowan has withdrawn the federal lawsuit he filed in August against the chief and Town Manager Jason Hoch.

As a result, they haven’t had the time to discuss the topic and consider the nature of such an investigation, which residents of the town repeatedly had requested in the weeks after the lawsuit was filed.

McGowan claimed that he was retaliated against for decrying racial and sexual harassment in the Police Department by the police chief and that McGowan was denied a promotion to lieutenant as a result.

The harassment charges refer to incidents more than a decade ago in which McGowan charges that Johnson, on occasion, engaged in sexual harassment of employees, that he made jokes at the expense of a Black officer, and that a dispatcher used a racist epithet in the presence of that officer, who was giving a tour of the station to a Black college student.

The allegations raised a furor in the community, with calls for Johnson and Hoch, who oversees the chief, to be placed on administrative leave and for an independent investigation of the charges. Johnson issued an apology to the community in November, but that did not allay concern.

Patton said officials will want to take a little time to process the new information and determine the scope and goals of a probe.

Patton said it likely would not be an investigation of allegations in McGowan’s lawsuit, since the chief has resigned. Rather, she anticipates a departmentwide evaluation to determine the strengths and weaknesses of the department’s personnel, procedures and policies.

But, all of that is speculation, she noted. The Select Board still has to deliberate on the matter and set things in motion.

“We need to figure out what the next steps are,” Patton said. “It is an opportunity to take a hard look at our operation — what’s working and what’s not working. It will help us define what we want the Williamstown Police Department to look like going forward.”

She said that during this process, public input will be crucial to “see what role it is they want their police to take in town.”

Part of the goal also will be to identify and remove any sort of discriminatory policies or practices — McGowan’s lawsuit had alleged them — and to eliminate innate biases as well as overt racism from the department.

“We need to mitigate that as much as possible,” Patton said.

But, she wants to take the time to do it right. The next board meeting doesn’t occur until January, and there still is a lot to talk about before they can solicit a consultant to conduct the investigation.

And then there is the question of whether to hire an interim chief or wait until the search process for a full-time chief is complete.

“It is very early in the process to know the full picture,” Patton said.

As she did when the chief resigned, Patton praised his years of work for the town and his strength in stepping down.

“I applaud the chief for stepping aside,” Patton said. “I know it was a hard decision for him.”