With Gov. Charlie Baker reportedly considering a veto on a climate bill, a Berkshire County lawmaker who helped shape the legislation is urging the governor to sign it.

State Rep. William “Smitty” Pignatelli, D-Lenox, chairs the House side of the Joint Committee on Environment, Natural Resources and Agriculture, which worked on the bill. The “2050 roadmap” bill would set a plan for the state to reach net-zero carbon emissions by 2050.

Today I wrote to @CharlieBakerMA imploring him to stand on the right side of history & sign the 2050 roadmap into law. My thanks to Speaker @RonMariano & @tomtipagolden for their commitment to this legislation. We MUST protect our communities from the threats of climate change. pic.twitter.com/OPGk4vjmag

“The piece of legislation, before you, lays out a plan for the Commonwealth to do its part in fighting this existential threat, setting interim benchmarks and giving your administration great influence throughout the process,” Pignatelli wrote in the letter sent to Baker and Lt. Gov. Karyn Polito.

Baker is said to be concerned with the bill’s interim targets, as well as “frustrated” with receiving the bill late in the session, The State House News Service reported Tuesday. The bill will not become law unless Baker signs it Thursday. 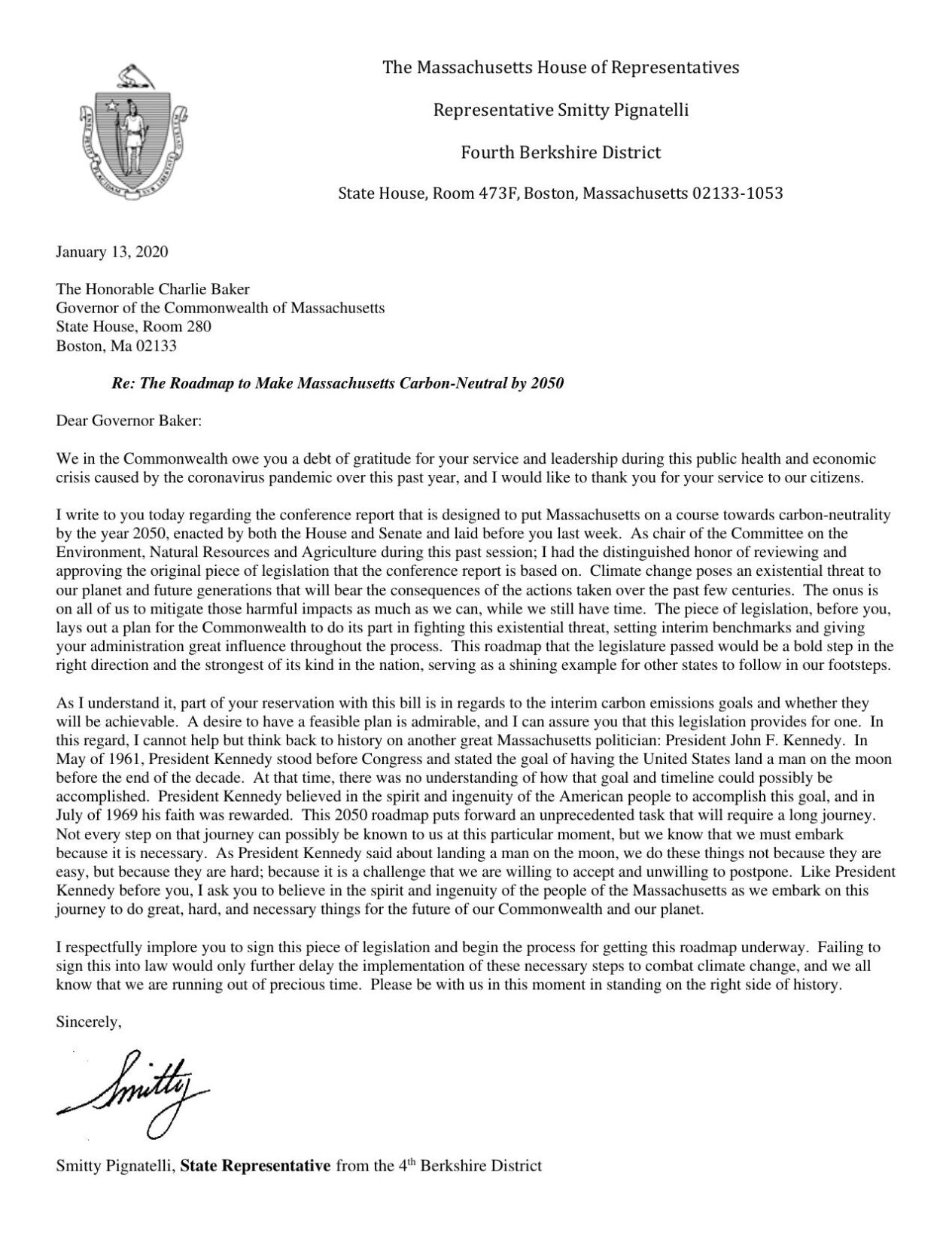 House Speaker Ron Mariano has said he will refile the bill Thursday if Baker does not sign it.

While the bill calls for Massachusetts to reduce emissions to 50 percent of 1990 levels by 2030, Baker has called for a 45 percent reduction by that year.

Pignatelli called the bill’s plan “feasible” in his letter, and he compared the “unprecedented task” of tackling climate change to late President John F. Kennedy’s mission to land a man on the moon.

“Not every step on that journey can possibly be known to us at this particular moment, but we know that we must embark because it is necessary,” Pignatelli wrote.