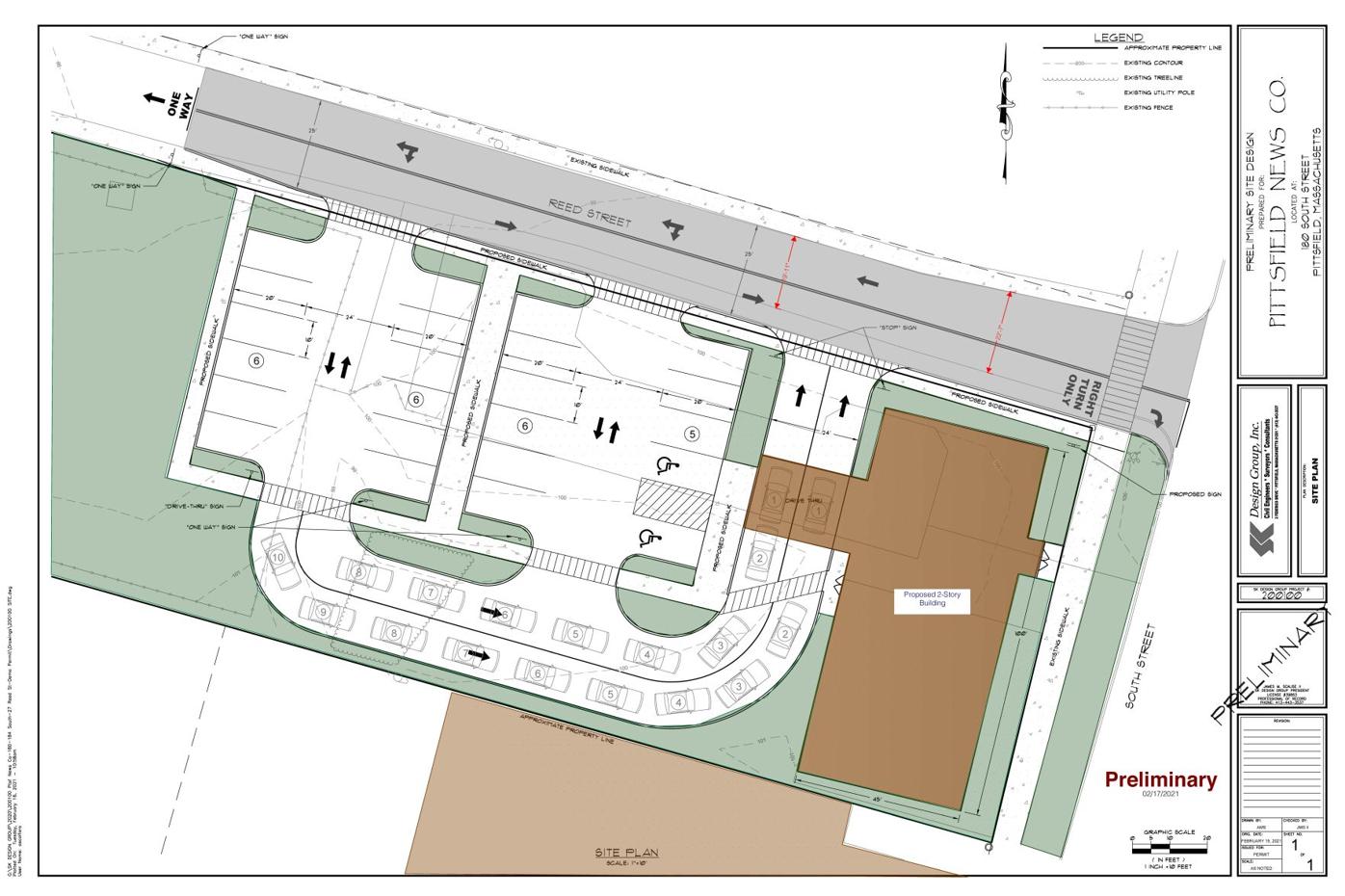 Lee Bank’s proposal for a traffic change on Reed Street, to support its proposed mixed-use development at 180 South St., will land before the City Council for possible approval. 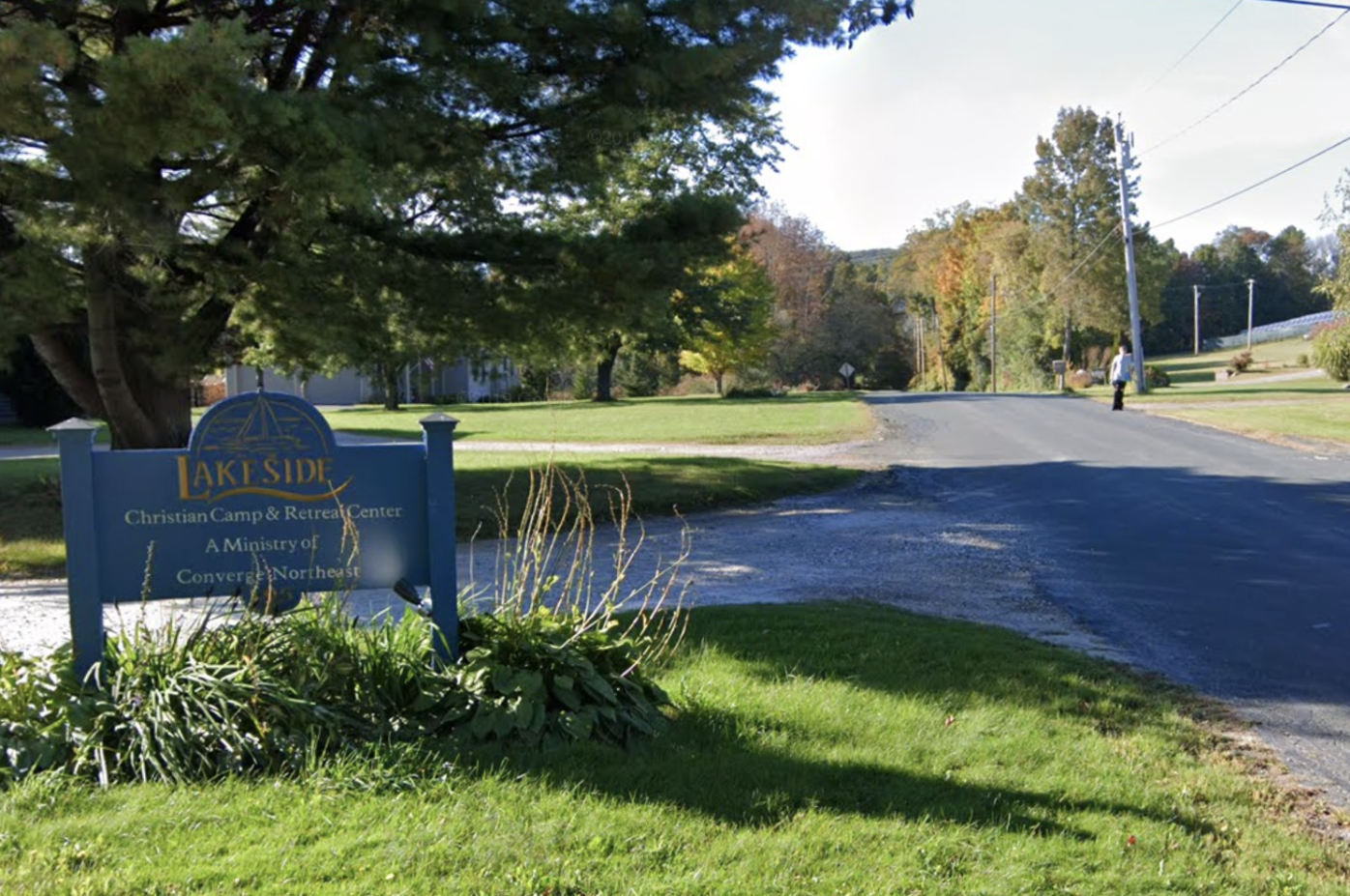 Members of the public and Conservation Commission will get a chance to walk the grounds of the former Lakeside Christian Camp on Friday, and hear Mill Town Capital's plans for a sports-focused revitalization of the property. 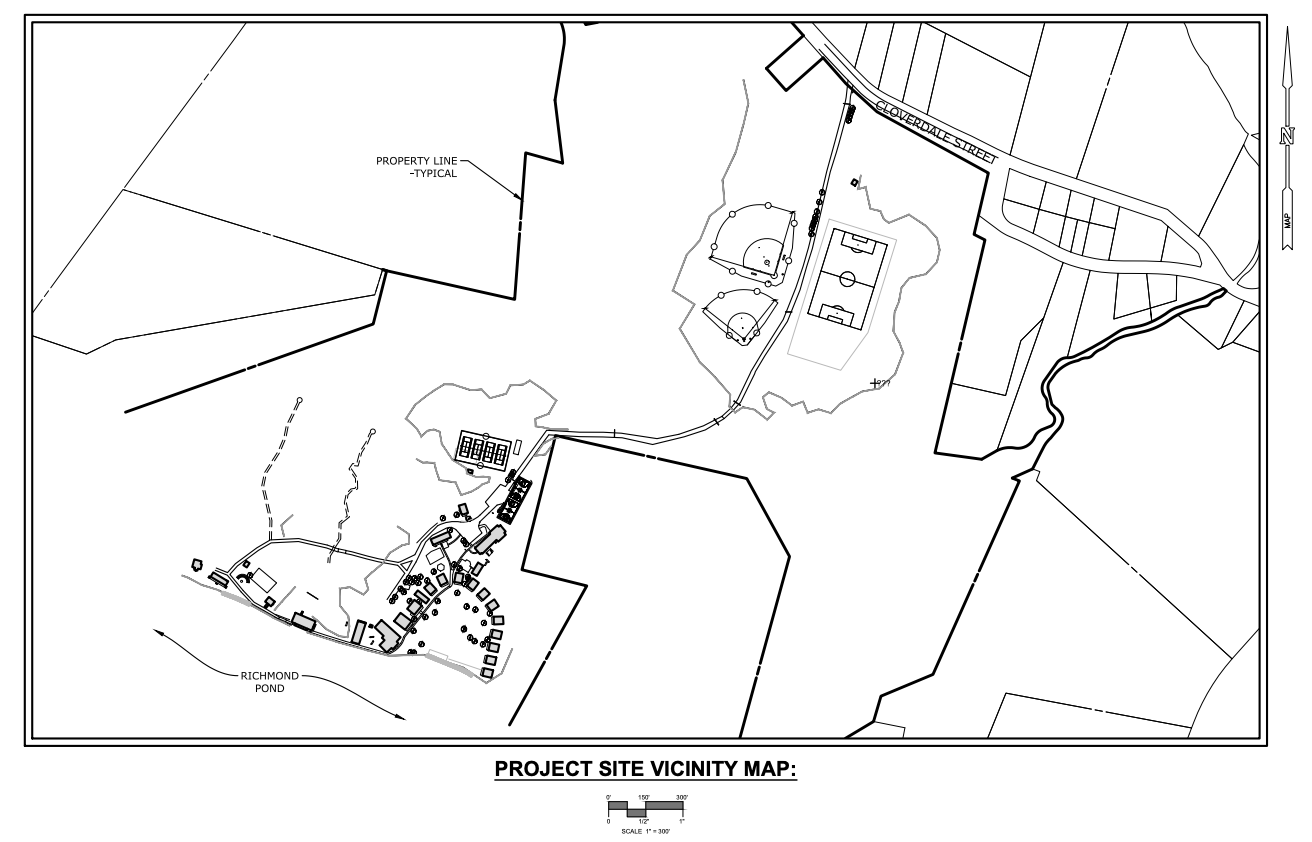 Plans drawn up by SLR International Corp. for Mill Town show designs for an expanded sports facility near the entrance of the former Lakeside Christian Camp. 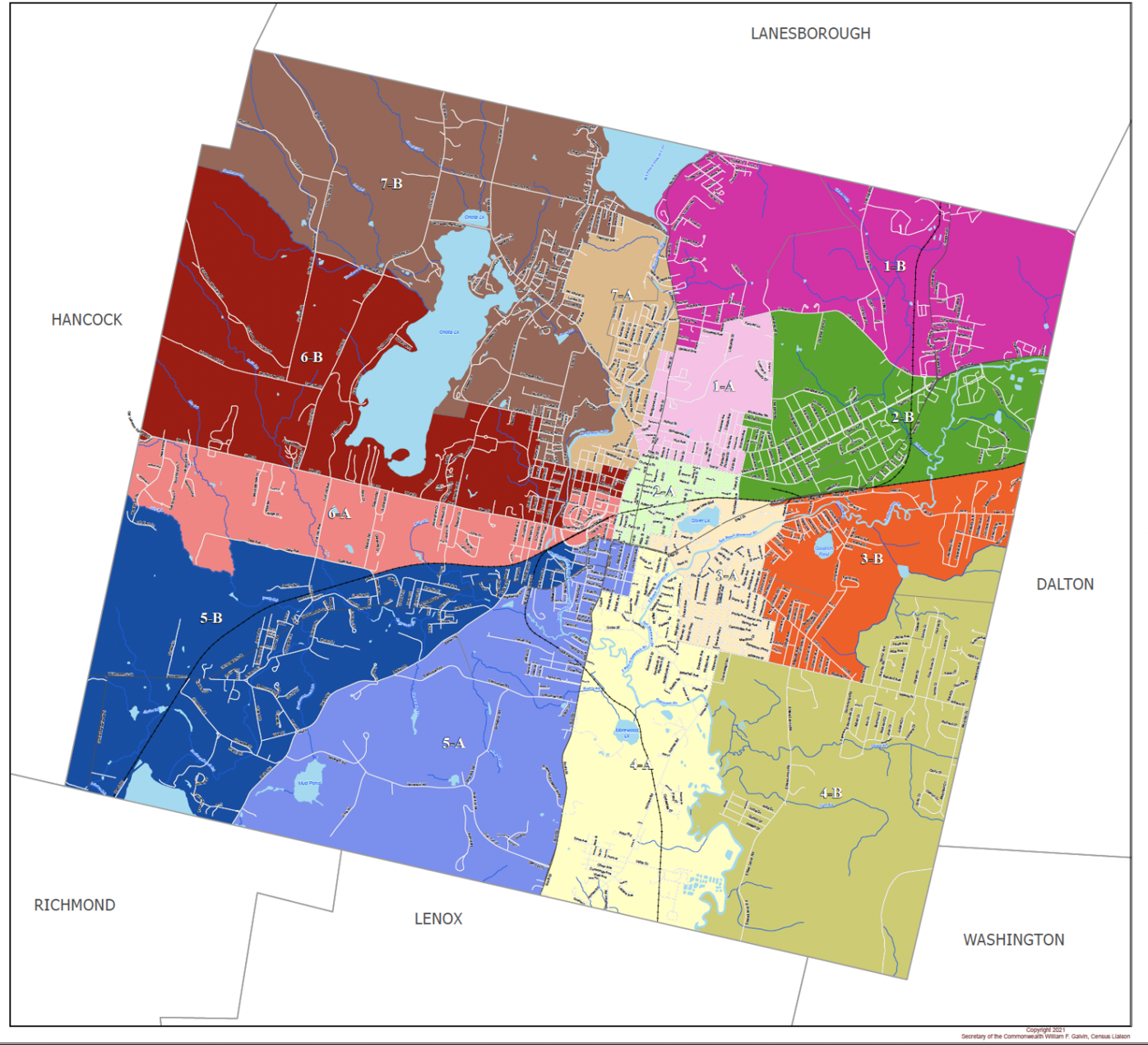 Pittsfield lost 810 people from the time of the 2010 census to the 2020 census, which means slight alterations for the city's ward and precinct map. 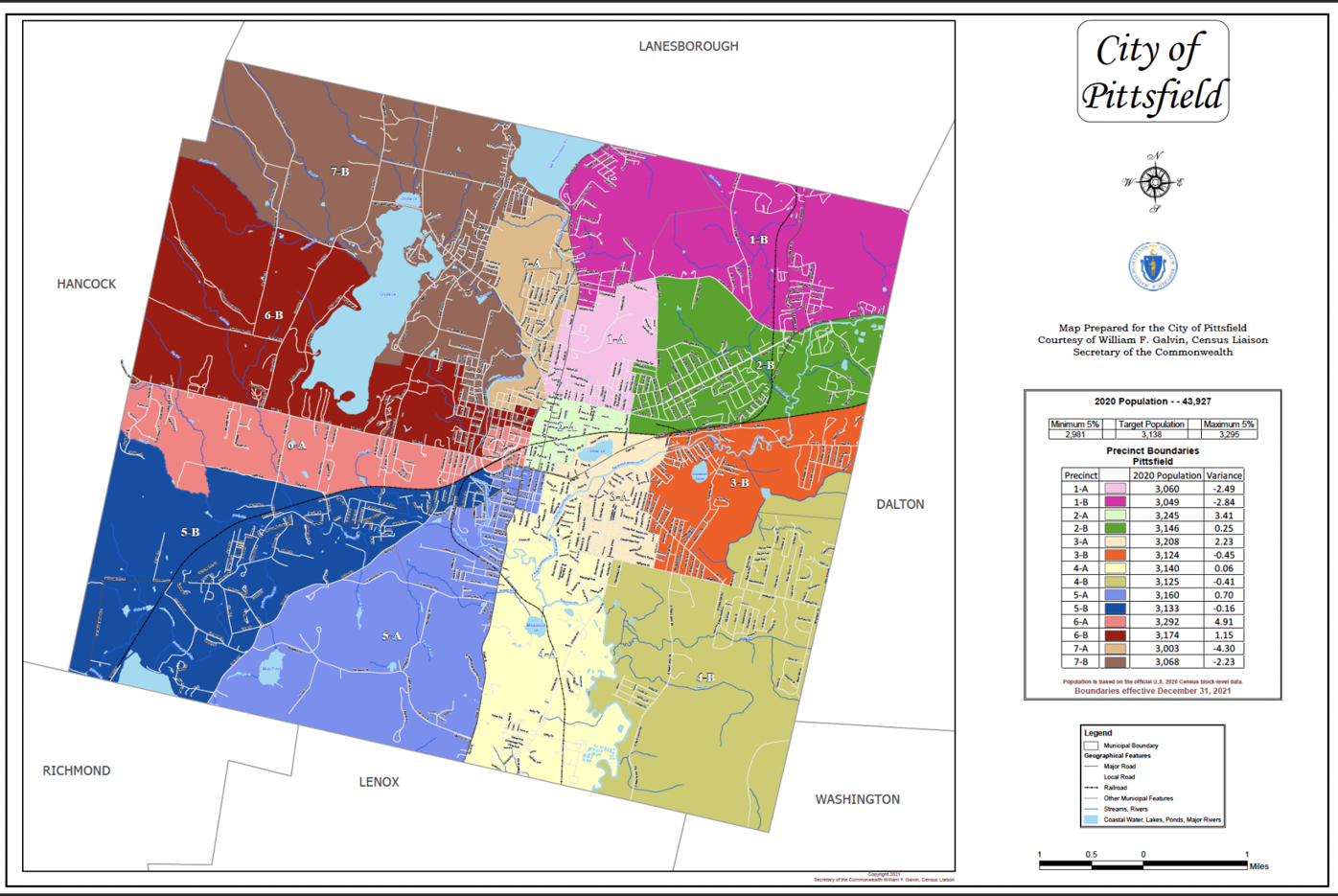 A proposed ward map would make minor shifts in the ward boundaries in Pittsfield, changing the precinct of about 170 people, but not their wards.

A draft of the Lee Bank building proposed at Reed and South streets in Pittsfield.

RENDERING PROVIDED BY CITY OF PITTSFIELD
1 of 3

Lee Bank’s proposal for a traffic change on Reed Street, to support its proposed mixed-use development at 180 South St., will land before the City Council for possible approval.

Plans drawn up by SLR International Corp. for Mill Town show designs for an expanded sports facility near the entrance of the former Lakeside Christian Camp.

A proposed ward map would make minor shifts in the ward boundaries in Pittsfield, changing the precinct of about 170 people, but not their wards.

PITTSFIELD — A proposal from Lee Bank for a new location at South and Reed streets will get a second chance before the City Council on Tuesday evening.

The bank is returning to the council two months after it was instructed to find a compromise with South Street business owners who were concerned about the bank’s plan to change a portion of residential Reed Street from one-way to two-way traffic.

After several weeks of Lee Bank asking that the item be tabled by the council to allow for more time to work things out with neighbors and city officials, it looks like the bank is ready to present its plan.

Representatives from the bank are hoping to secure approval from the council for a drive-thru permit and for changing the first 290 feet after South Street on Reed Street to two-way traffic.

Bank representatives have said the window and traffic change are keys to their plans for a new two-story home for the bank and three market-rate apartments.

Also, councilors will vote on a request to approve new ward boundaries as city officials redistrict based on 2020 census data. Population counts for the city declined by 810 people during the past decade, bringing the city’s official population count to 43,927.

If approved by the council Tuesday, the new ward boundaries would go into effect Dec. 31. Don’t expect major changes to the city’s ward map, though. Most of the changes will be seen at the precinct level.

Huddling over a ‘quarterback’

Mayor Linda Tyer’s request for the creation of a special projects manager — or American Rescue Plan Act “quarterback” — and chief diversity officer are back on the council agenda.

The special projects manager would oversee planning for the more than $40 million the city is set to receive in coronavirus aid from the federal American Rescue Plan Act. The city is proposing that the position come with a salary range of about $84,000 to $109,000, to be covered by ARPA money.

The chief diversity officer position, a recommendation from the mayor’s special study group on diversity, equity and inclusion, comes with a proposed salary range of about $69,000 to $90,000.

The officer would head a proposed DEI office, which would be responsible for creating a workforce-inclusion plan, measuring DEI work in an affirmative action annual report, and developing guidelines for more equitable practices in city hiring, training and retention.

On Wednesday, the School Committee will receive an update from Pittsfield Public Schools administrators on the state of public safety in the district. Superintendent Joseph Curtis promised committee members to run through discipline incidents, at the upcoming meeting, after committee members expressed their dismay with recent fights in the district’s middle and high schools.

The fights have reignited a push by some community members to increase the number of school resource officers working in the middle and high schools. The School Committee voted at its last meeting to refrain from discussing that topic until the district can hire a consultant to perform a community survey on police in schools.

The Conservation Commission and public are invited to walk the grounds of the former Lakeside Christian Camp on Friday, to hear how Mill Town Capital plans to launch a sports revival at the site.

The site visit will start at 3 p.m., and representatives from Mill Town plan to describe to the commission and public how they will add new baseball, softball, soccer, lacrosse, field hockey, tennis and basketball facilities throughout the 135-acre property.

The public and Conservation Commission will get a chance to walk the grounds of the former Lakeside Christian Camp on Oct. 15 and hear Mill Town Capital's plans for a sports-focused revitalization of the property.

Lee Bank can go ahead with its plans to build a new location on South Street following the City Council's approval of a traffic change and drive-thru window on Tuesday night. The City Council voted in favor of the proposal after the bank worked with neighboring business owners on a traffic compromise.