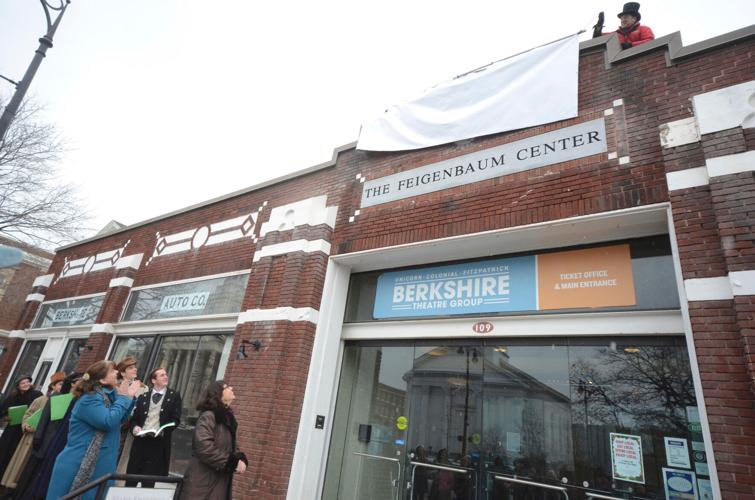 People applaud during the unveiling of 'The Feigenbaum Center' sign at the Colonial Theater in Pittsfield on December, 21, 2014. The Berkshire Theatre Group is now seeking money from the Community Preservation Fund to restore "The Garage" facade portion of the building. 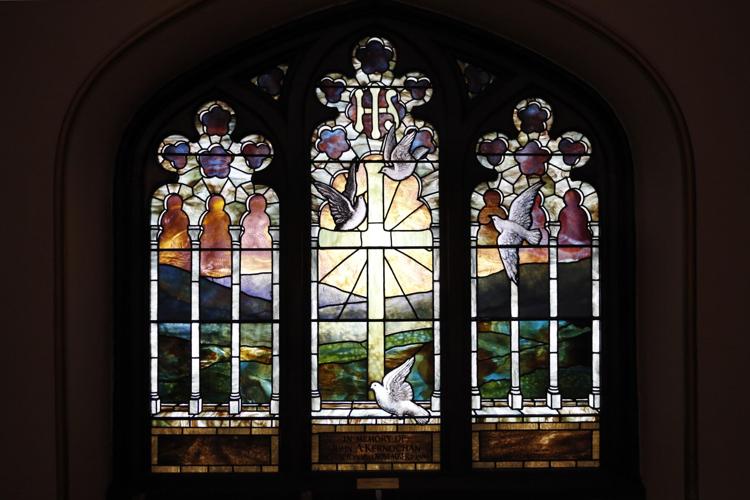 A stained glass window represents the resurrection of Jesus Christ at St. Stephen’s Episcopal Church in Pittsfield. The trio is one of more than a dozen windows the church is hoping to restore with CPA funding. 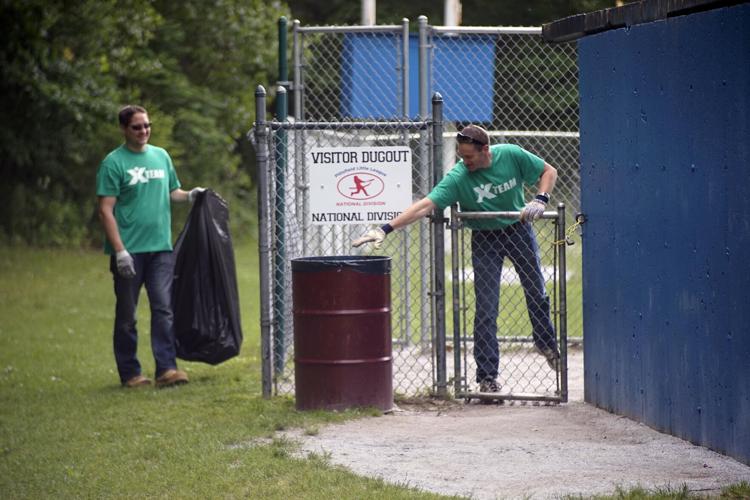 Volunteers clean up litter around the little league building in Clapp Park in Pittsfield on June 7, 2016. City staff say it's time for a major redo of the building's roof and are looking for CPA funds to cover the cost.

PITTSFIELD — Members of the Community Preservation Committee say a series of fortunate events has left them with more money than expected for projects this year — nearly $880,000 in total.

In Pittsfield, the money for the community preservation fund comes from a 1 percent surcharge on property taxes.

City Planner CJ Hoss said this year city staff estimated that surcharge would bring in about $450,000 to the fund — instead recent calculations put that number closer to $507,000. A state decision to use some of its surplus for additional community preservation funding meant the state match was higher than expected too.

"If the committee wanted to recommend funding all of these funds fully, the funds exist to do so," Hoss said during the committee's March 14 meeting.

Which makes the scoring of projects by the committee members Monday all the more interesting. Committee members have said that while the additional money is nice, it doesn't make any of the funding requests this year guaranteed to be approved.

Look Ahead, Pittsfield: CPA funding requests up over last year for more housing and preservation projects

To date, Pittsfield has granted $2,047,081 to 51 projects since opting in to the Community Preservation Act program five years ago. This year, city officials say they're seeing more housing projects and more reliance on the program's funding abilities.

"That's when we decide whether we're going to fully fund, partially fund or not fund something — we really don't have a feeling until that meeting," committee member Libby Herland said.

Over the last two weeks the committee has heard from applicants for the 11 proposed projects this year. Here are the projects up for committee review this week.

The Department of Community Development has submitted two request for park facility renovations this year. The first request is the smallest from this pool of applicants: $7,500 to replace aging baskets, tee pads and signage at the Kirvin Park disc golf course.

The city's only disc golf course was installed by volunteers in 2015. The nine-basket course used secondhand baskets from the Pittsfield Country Club, which after seven years are showing their wear and tear.

The second of the Community Development proposals is a $9,500 request to rehab the little league baseball building at Clapp Park. Built in 1985, the building has been a passion project for many volunteers but city officials say that the roof has been untouched for some time. Now major leaks have damaged the ceiling in the score room of the building.

City staff hope to replace the roof, the score room ceiling and repaint the building ahead of the 2022 little league season.

The Central Berkshire Habitat for Humanity, Pittsfield Public Housing Authority and Berkshire Regional Planning Commission are hoping to secure $16,000 to design and engineer a new pocket park at the Francis Avenue lookout. The goal is to give West side residents better access to nearby grocery stores and the Salvation Army.

The Morningside Community School is looking for $24,000 to develop a master plan for the creation of a community space on the school grounds. The planning process would start this September with community surveys.

The project is a continuation of a reading assignment that took on a life of its own last year. Students in the fourth grade read "Rent Party Jazz" by William Miller last year and learned about the ways in which music and community came together to support a family in the 1930s.

The staff at Morningside Community School connected with world famous musician and recent Oscar winner Ahmir Khalib Thompson. Better known as Questlove, the musician hosted a rent party which raised more than $5,000 for the school to embark on this community space project.

Community Development is near the finish line on a restoration of the West Part Cemetery, a burial space that dates back to 1813. With the request for $13,325 this year, the department seeks to restore the final 25 gravestones and add new marker sign to the area.

Veterans groups and the city's Office of Cultural Development are asking the committee to help take a project to restore the Vietnam Memorial mural — titled "Lest We Forget" — on West Housatonic and South streets across its final stretch with $15,000 in funding.

"This mural has been in the works for years," Jennifer Glockner, the director of the Office of Cultural Development told the committee last week. "It's embarrassing, frankly, the state it's in."

The mural depicts residents of Pittsfield and Berkshire County who were killed during the Vietnam War. The office would like to relocate the mural to the Intertek Building at 50 Pearl Street.

The Berkshire Athenaeum is asking for $95,217 to purchase a large, overhead book scanner to digitize 60 years' worth of city tax records from 175 antique books. The scanner would initially be used for the tax documents but library staff hope to use the machine to increase access to any range of delicate materials.

It will take $78,740 from the committee to restore the iconic facade of “The Garage” portion of the Colonial Theatre according to the Berkshire Theatre Group. The restoration would include making that portion of the building compliant with the Americans with Disabilities Act.

The Tiffany stained glass windows of St. Stephen’s Episcopal Church are in need of "immediate attention" to protect them from the weather, vandalism and the church's aging infrastructure according to the church. Restoration of the windows is expected to cost about $200,000 — $150,000 of which the church is requesting from the committee.

The Monday night vote by the committee recommends using $670,317 of the available money this year across the 11 projects.