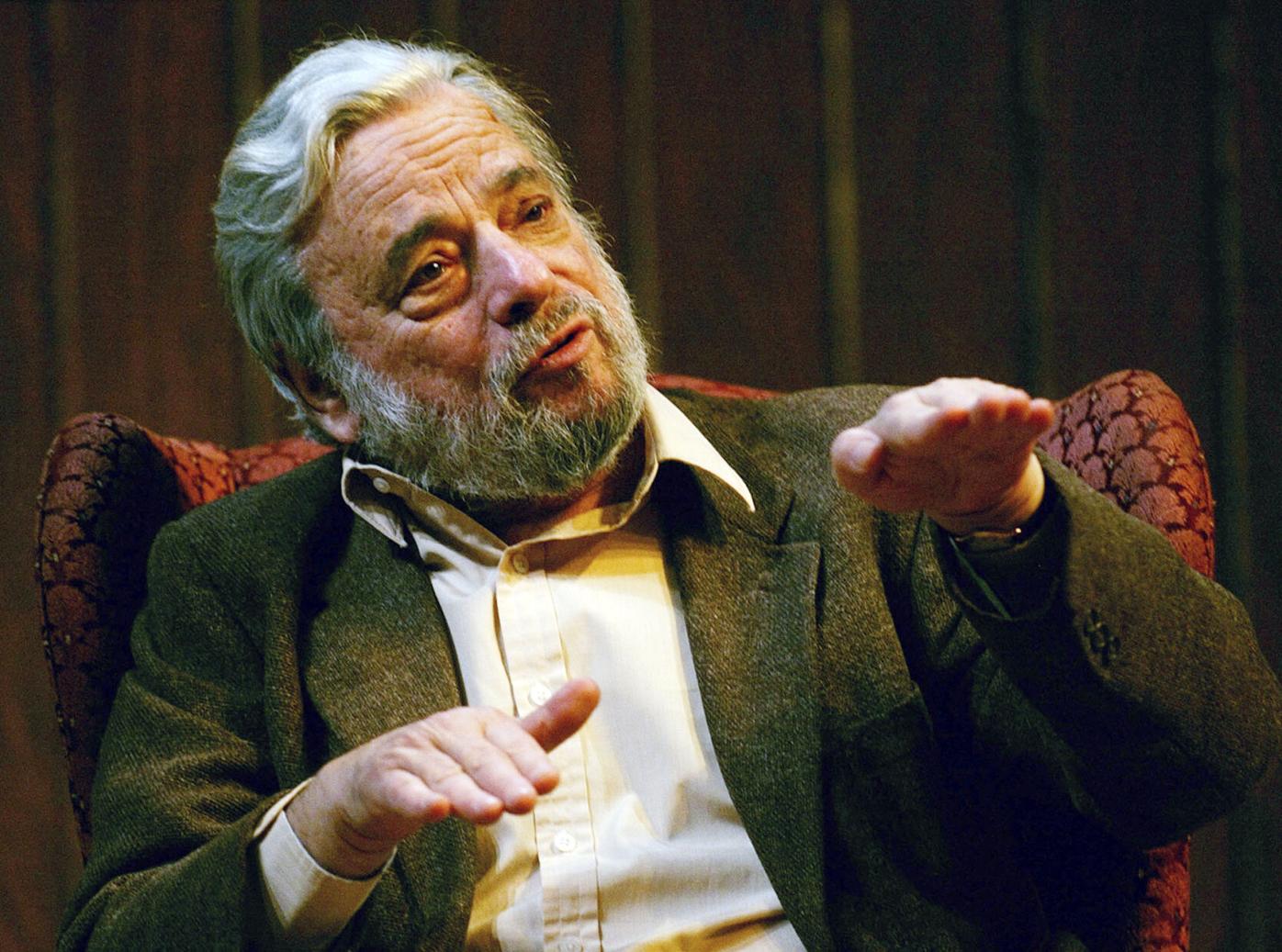 Composer and lyricist Stephen Sondheim gestures during a gathering at Tufts University in Medford on April 12, 2004. In the wake of Sondheim's death at 91 on Friday, those at Williams College or with connections to the Berkshires remember the composer and lyricist's work and its significant impact on musical theater and Williams. 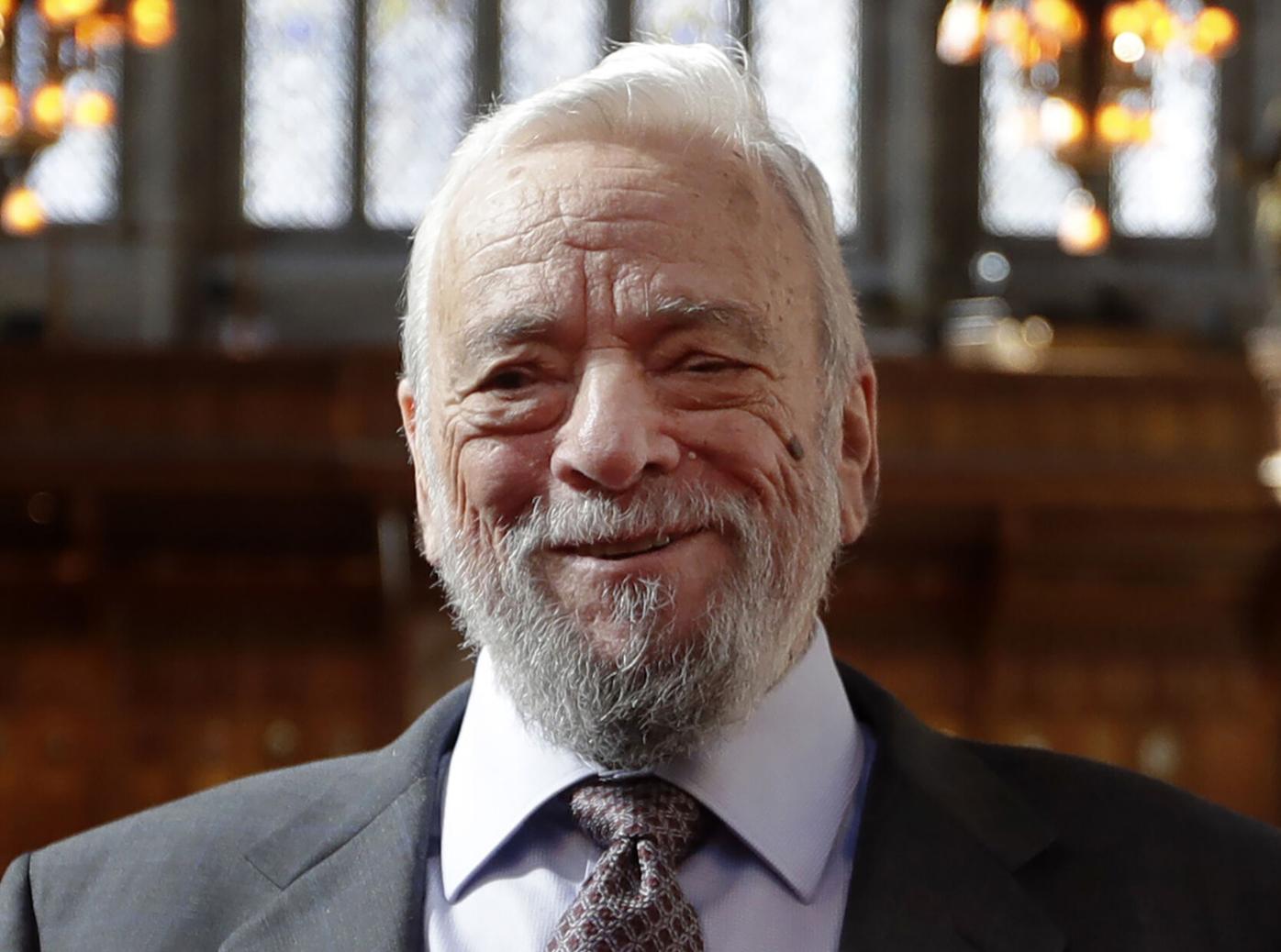 Composer and lyricist Stephen Sondheim gestures during a gathering at Tufts University in Medford on April 12, 2004. In the wake of Sondheim's death at 91 on Friday, those at Williams College or with connections to the Berkshires remember the composer and lyricist's work and its significant impact on musical theater and Williams.

WILLIAMSTOWN — Growing up south of Albany, Jamie O’Leary and a friend started a theater group in high school “because we wanted to perform Sondheim,” he said. They put on Stephen Sondheim’s “Company.”

He remembers some thought the show — focused on a 35-year-old single man whose friends are all coupled up — was odd. “People said, ‘Oh kind of a weird show that you did,’ “ he said.

“I was just so impressed with his lyrics and his music,” he said. “When I heard that Sondheim went to Williams (College) ... I thought, ‘If he went there, it must be a great place.’ ”

It was a reason he chose the college where he studied music and English. Now, O’Leary is an associate professor of musicology at the Oberlin Conservatory of Music in Ohio.

“I think getting to know Sondheim for me as a kid, it opened up kind of a world of possibilities in terms of theater, yes, but also it just made me a better human in certain ways,” O’Leary said. “I think Sondheim asks us to, even though he has got this reputation for being cerebral, he asks us to feel in very complicated ways along with characters who at first you might not want to get to know.”

In the wake of Sondheim’s death at 91 on Friday, those at Williams College or with connections to the Berkshires remembered the composer and lyricist’s work and its significant impact on musical theater and Williams.

Before “West Side Story,” “Sweeney Todd” and “Into the Woods,” Sondheim’s career started while he was at Williams College. There he changed his career path from mathematician to musical theater.

“Williams changed my life,” he told The North Adams Transcript in 2010. At the college, the 1950 graduate wrote original songs for a musical, “Phinney’s Rainbow,” performed by students.

Sondheim’s legacy drew O’Leary and others to the college.

“Numerous students interested in musical theater over the decades have come to Williams primarily because it is Sondheim’s alma mater,” said W. Anthony Sheppard, a Williams College professor of music and the chair of the college’s music department, in an email to The Eagle.

Several years ago, Sondheim spoke virtually to one of Sheppard’s classes. Inviting him was “one of the best ideas I ever had as a teacher,” he recalled.

“He was simply great, going into fascinating details with the students,” Sheppard said in an email, noting he discussed “Company” and “Sundays in the Park With George” at length. “Afterwards he told me he had been very moved by the experience.”

Sondheim’s impact on musical theater depends on whom you ask, said O’Leary, who studies popular music and opera with a specific focus on 1940s Broadway musicals.

“I think just about every kind of person involved in musical theater will have their own answer,” he said.

Unlike other popular shows at and before his time, Sondheim’s musicals didn’t tell you what to think with a neat message, O’Leary said.

“There’s always this touch of ambiguity about them. They leave a problem unresolved when the curtain falls. It’s a different idea of what a musical can be ... I’m not saying it’s better or worse. It’s just different.”

For Uel Wade, who played piano and conducted shows on and off Broadway in New York City in the 70s and 80s before moving to Chatham, N.Y., Sondheim changed the way musical theater writers approached the music.

“[His songs] would really do something to reveal character and also advance the motion of the story, of the plot,” Wade said, “so that when you by the time you went through a Sondheim song, you were in one place at the beginning of it, and at the end of it you were in a different place.”

Wade did not work with Sondheim directly in New York, but has done performances of his work. “If you’re going to be conducting it,” he said, “you’re in awe at the genius behind how he can construct a whole scene in one piece of music.”

Sheppard pointed to Sondheim’s innovation as a major mark he left on music and theater. “With each new show he kept expanding what American musical theater could be, what forms it could take and what subject matter it could tackle,” he said.

In March of last year, Sheppard organized the college’s celebration of Sondheim’s 90th birthday with a series of events, called Sondheim@90@Williams.

“I felt that the music department, and the college, needed to celebrate its most honored music major alum,” Sheppard said. Events included performances and presentations, and O’Leary was one of the speakers.

Sheppard is editor of a book based, in part, on the lectures from the symposium “Sondheim in Our Time and His,” which is slated to be published with Oxford University Press in January.

“I had been looking forward to sending a copy of the book to him (Sondheim) next month and to receiving his commentary,” Sheppard said. “News of his death hit me hard.”

He added: “As I’ve studied his works over the years I’ve always been struck both by the intricacy and wit of his music and lyrics and by his warmth and human empathy. He felt and thought very deeply.”