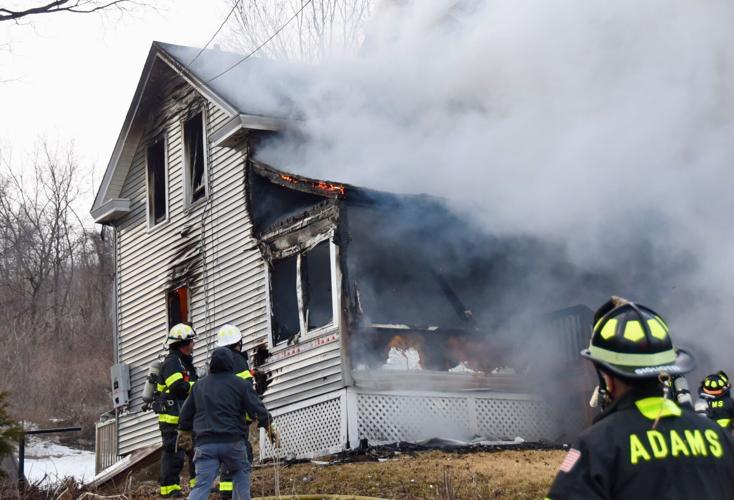 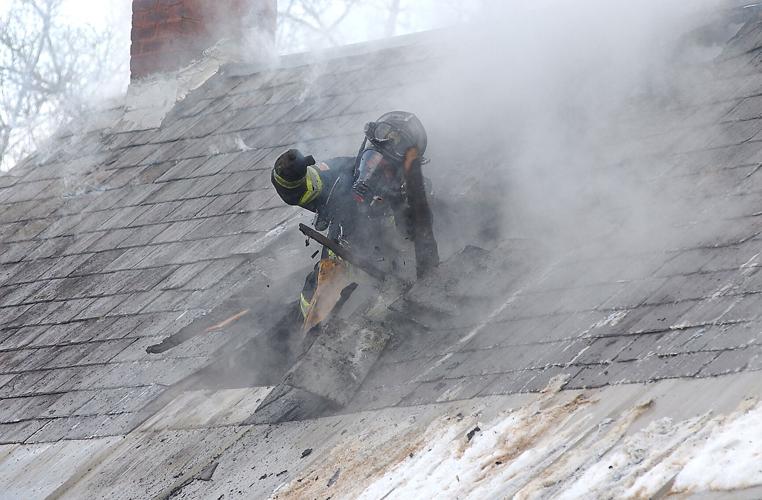 A North Adams firefighter breaks through the roof of a Walnut Street home that was heavily damaged in a fire in 2007.

ADAMS — A judge will review the settlement agreement reached between the Adams Fire District and a resident who sued over the fees it charged.

If approved, each property owner in the Adams Fire District, which covers all but 100 or so properties in town, will receive a share of a $600,000 settlement, minus attorney and court fees.

“We expect it will be approved as being fair and equitable,” Morneau said.

Foster’s argument hinged on a law from 1873 that gives the Fire District the right to bill customers for water, but not other services.

Foster’s lawsuit sought refunds for several years of the fire protection and street lighting fees. Since the lawsuit was elevated to class-action status, all customers in the Adams Fire District can anticipate receiving refunds.

In Foster’s case, the Fire District billed her $131.80 a quarter for a four-unit residential building. Of that amount, fire protection was $80, street lighting was $31.80, and the administrative fee was $20.

Instead, fees for fire protection and street lighting should be collected by the Town of Adams, not the Fire District, the judge determined.

The Fire District will continue to send out water bills.

The Town of Adams will collect the fees for fire protection and street lighting and convey those revenues to the Adams Fire District.

Adams Town Administrator Jay Green said the town will charge the Fire District for the costs associated with accounting, billing and fee collections.

Adams Fire District Chairman Tom Satko said the district has the money to pay the settlement, without much left over.

“It’s going to just about bankrupt us, but if that’s what the judge wants, then that’s what we’re going to do,” Satko said.

About 100 homes in Adams not located within the Fire District have been receiving fire protection for free, Satko said.

Satko and Green said discussions are under way so all of Adams will be paying for fire protection.

Satko said the fire district will not try to recover the $600,000 settlement through taxation.

Until the lawsuit verdict, the Adams Fire District charged $21 per residential unit quarterly for fire protection, and an additional quarterly fee of $7.95 per unit within the fire district for street lighting and a quarterly customer charge of $20 per property, not per unit, for administrative costs.

A early morning fire damaged a porch and temporarily displaced residents in Adams. Quick actions from a passerby saved the house and possibly lives, according to Adams fire chief

Adams fire officials say that a passerby who called in a fire early Saturday morning at an apartment building and then stayed to evacuate residents likely saved the building and lives with their quick actions.

The Prudential Committee that governs the Adams Fire District has signed off on a settlement of a lawsuit that challenged the organization’s billing practices. A judge still has to approve the settlement.