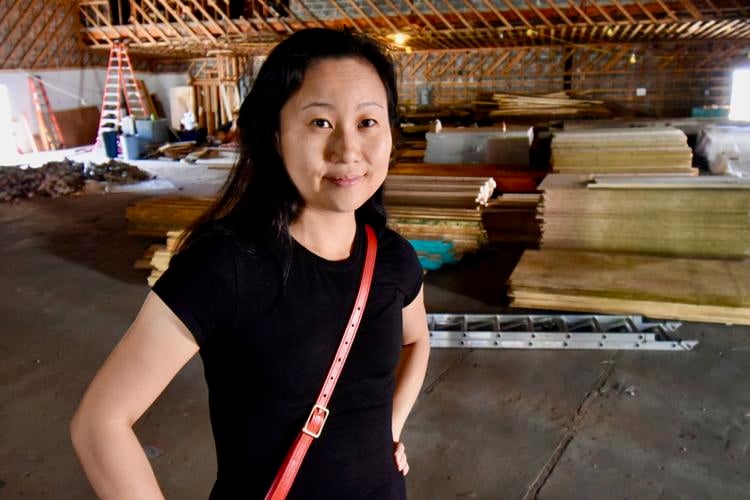 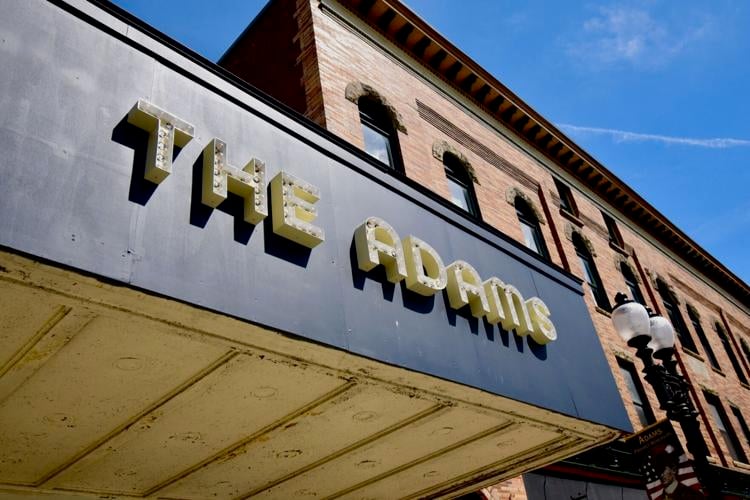 The Adams Theater marquis above what will be the theater entrance on Park Street. Wednesday, May 25, 2022.

ADAMS — The Adams Theater is asking people to contribute $80,000 to help cover its next phase of renovation.

In the theater’s appeal, Yina Moore, its founder and executive director, said she has worked with collaborators around Berkshire County, building what she called “a visible momentum that has already brought new life to an otherwise quiet downtown.”

“This new phase of our work will enable further collaboration and help people discover — and rediscover — the town of Adams,” she said.

The theater, a potential economic and cultural anchor in the revitalization of the downtown, is asking Berkshire County residents to contribute to a crowdfunding campaign launched Saturday.

In June, Moore told The Berkshire Eagle the cost of the project will likely exceed $900,000. She has secured funding through state and federal grants, and from private donors.

The funding will support theater programming for 2023 as well as design, development, programming and other operating expenses, with the majority going to local businesses, according to the theater.

The structure had been vacant for years. Established in March 2021, the new Adams Theater has been investing to upgrade the interior and exterior of the building.

The theater is in the first phase of renovation. The goal is to create a venue that will host multidisciplinary performing arts programs. The current phase includes accessible bathrooms and auditorium floors that will allow events with up to 400 people.

The campaign will lead to a benefit concert Nov. 11 featuring Two Piano Journey, a mother and son concert pianist team on a tour to raise money for philanthropic organizations.

As of Monday afternoon, the crowdfunding campaign had pledges totaling $11,398.

The theater effort has hosted six community events; finished the design of the auditorium, completed the restroom addition, started renovations; installed a new roof over the lobby and lit up the marquee; opened The Adams Incubator, and launched a pop-up event space that supports local businesses and artists.

The activity at the theater comes at the same time other properties are finding new life, such as the recently reopened restaurants Miss Adams Diner and the Firehouse Café and Bistro, along with the ongoing work to reopen the Mausert Block for market-rate apartment living with retail space on the ground floor, and similar work at the Jones Block.