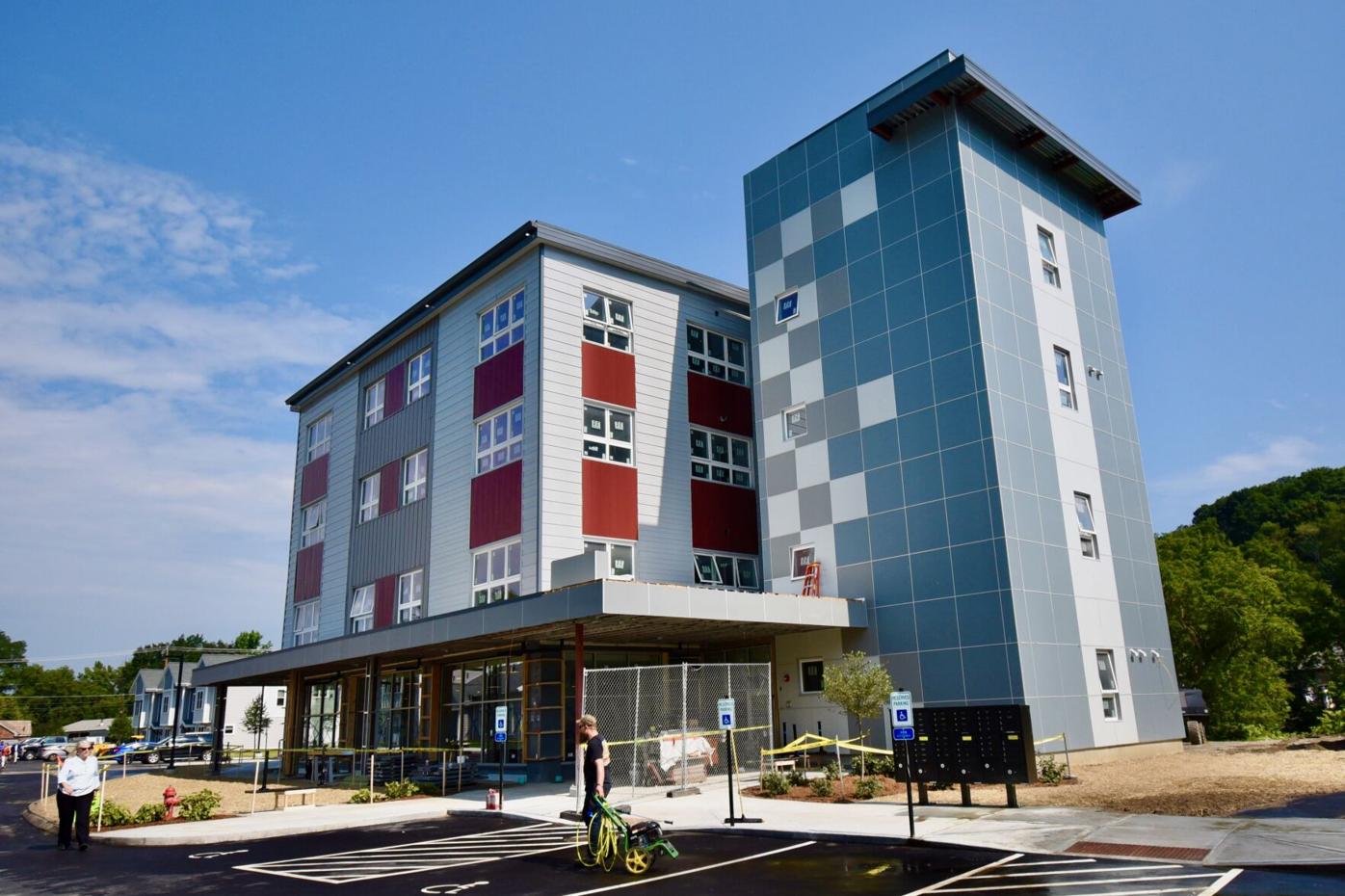 A Williamstown property that has been described as a "sore thumb" in the eyes of many was made available for viewing Thursday, with tours of a model at the Cole Avenue Apartments. There are 42 units at the complex, and rental subsidies for 12 of the units are set aside as affordable housing. 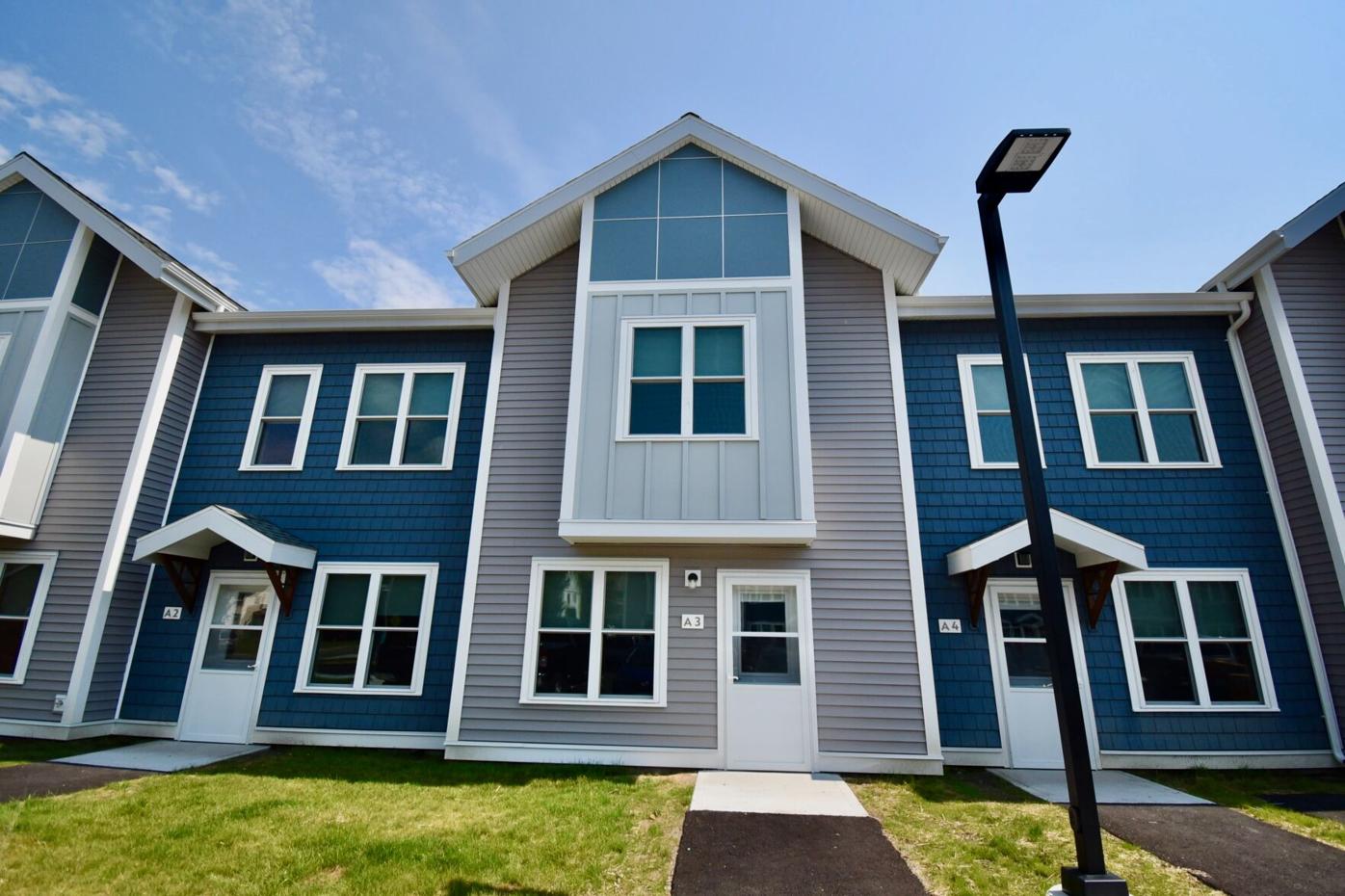 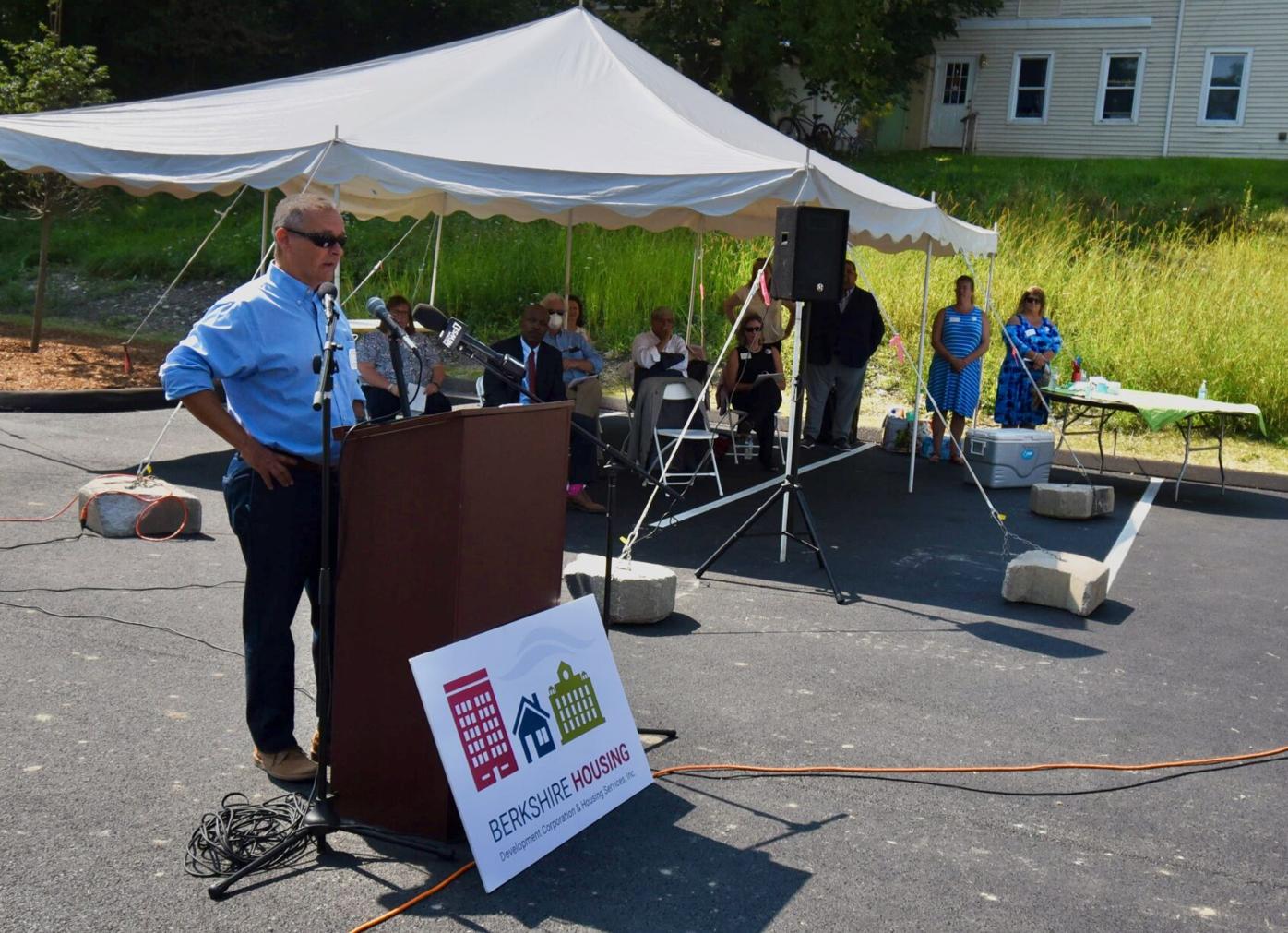 Elton Ogden, president of the Berkshire Housing Development Corp., addresses the crowd Thursday. He noted the affordable nature of the 42 household units on the site, saying it should help to alleviate the housing crunch in town. 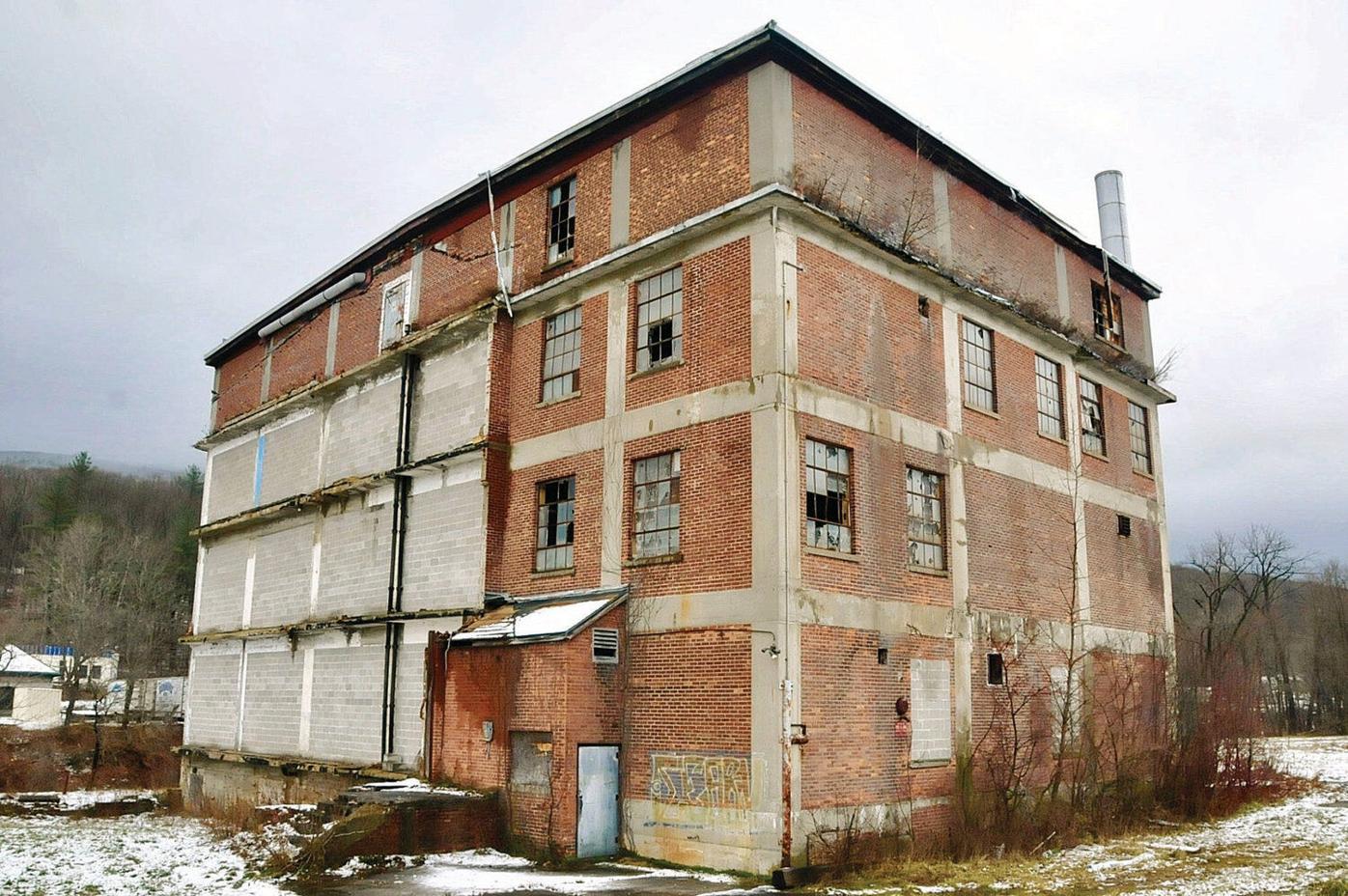 The former Photech mill on Cole Avenue, as it appeared before construction began. In 1989, Photech Imaging Systems shut down and the property was acquired by the town. It has been vacant ever since, until now.

WILLIAMSTOWN — With the completion of the Cole Avenue Apartments, the town is about to roll out the welcome mat for 60 residents.

The Berkshire Housing Development Corp. hosted a grand-opening event Thursday at the apartment complex, with about 70 people touring a model apartment and listening as speakers praised the project and the expansive team behind it.

Elton Ogden, president of the corporation and who is on the cusp of retirement, offered a few remarks. He referred to the history of the site as a former mill that has been an abandoned property since 1989, and since has been a notorious “sore thumb” in the eyes of many.

He noted the affordable nature of the 42 household units on the site, saying it should help to alleviate the housing crunch in town.

“Many local employees just can’t afford the cost of housing in Williamstown,” Ogden said. “In the past few years, there has been a realization that the town needs housing people can afford.”

“We want to make sure we have housing stock for everyone,” Hogeland said. “We still need more housing.”

Also, he heaped praise on Ogden, who has been involved in developing affordable housing in Berkshire County for decades.

“Elton has created more housing than probably anyone in Berkshire County,” Barrett said.

The mill first started operations in 1865 for the Williamstown Manufacturing Co. as a textile factory. It continued in that vein until it switched over to making camera film in 1939, under various owners, until the last operator, Photech Imaging Systems. In 1989, Photech shut down and the property was acquired by the town. It has been vacant ever since, until now.

There are 42 units, offering one, two and three bedrooms, with coin-operated laundry rooms, a workout gym, and stunning views of the Hoosic River and the surrounding hills. The only remnant of the mill buildings is the “Cube,” a cubical building that has been stripped down and reassembled as an apartment building.

The finished appearance of the townhouses has a traditional New England feel. The Cube’s exterior has been finished out with steel sheet siding of differing patterns with gray, white, brick red and blue colors for a more modern, postindustrial look.

The rental rates are $900 for a one-bedroom, $1,075 for a two-bedroom and $1,240 for a three-bedroom unit. Parking and hot water are included in the rent. Tenants will pay for electric, heat and air conditioning. Some units are fully accessible for the differently abled.

Rental subsidies for 12 of the units are set aside as affordable housing, for which a qualifying tenant will pay rent equal to 30 percent of their income.

According to Kristin Coyne, occupancy and compliance manager for the Berkshire Housing Development Corp., 115 families have applied for an apartment during the 60-day application period, and many still are being processed.

The 42 households are being chosen by lottery, with nine residents already picked and moving in soon. Nine units will have families moving in during the coming days.

Another attraction is the bike trail under construction that will run right by the complex, giving new tenants direct access to the trail.

The total price tag for the development was about $15 million, with more than $12 million of that going toward construction. Allegrone Construction is the main contractor.

An Environmental Protection Agency grant paid for soil remediation well before the town sold the land to the project for $1. The 330 Cole Ave. property has been the focus of the project since 2014.

The housing project was made possible by a complex financial plan. About $9.3 million came from federal Low-Income Housing Tax Credits, with an additional $4.1 million coming from the state’s Department of Housing and Community Development. A $200,000 contribution from the Williamstown Community Preservation Fund and a $500,000 federal low-income loan for affordable housing construction left the project with about $2.5 million coming from a reduced-interest mortgage from MountainOne Bank.