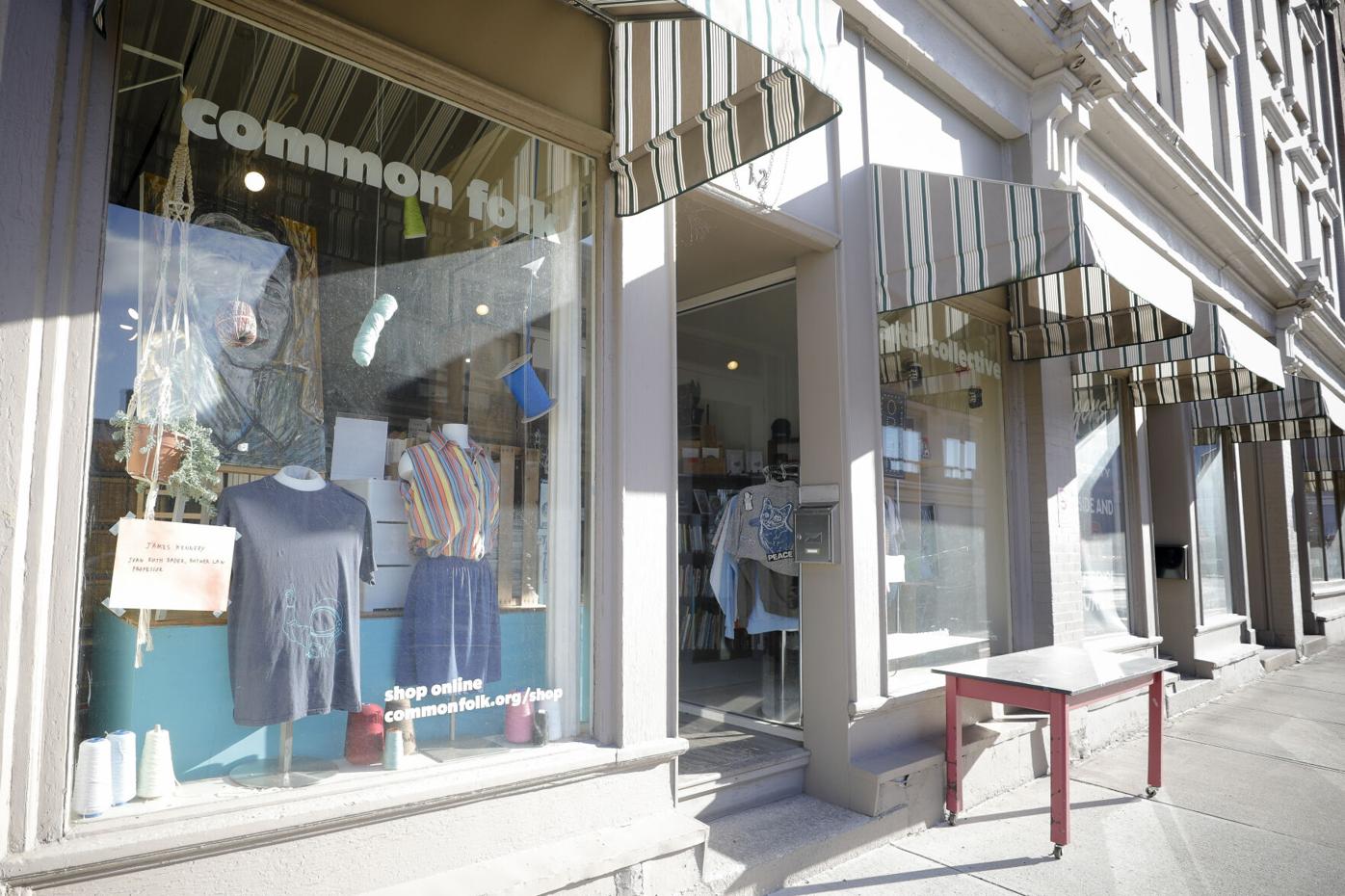 The Common Folk Artist Collective is trying to make sure it doesn't have to move again, by solidifying its current home on Holden Street in North Adams. It launched a crowdfunding campaign Tuesday to raise $20,000 to put toward buying the space. 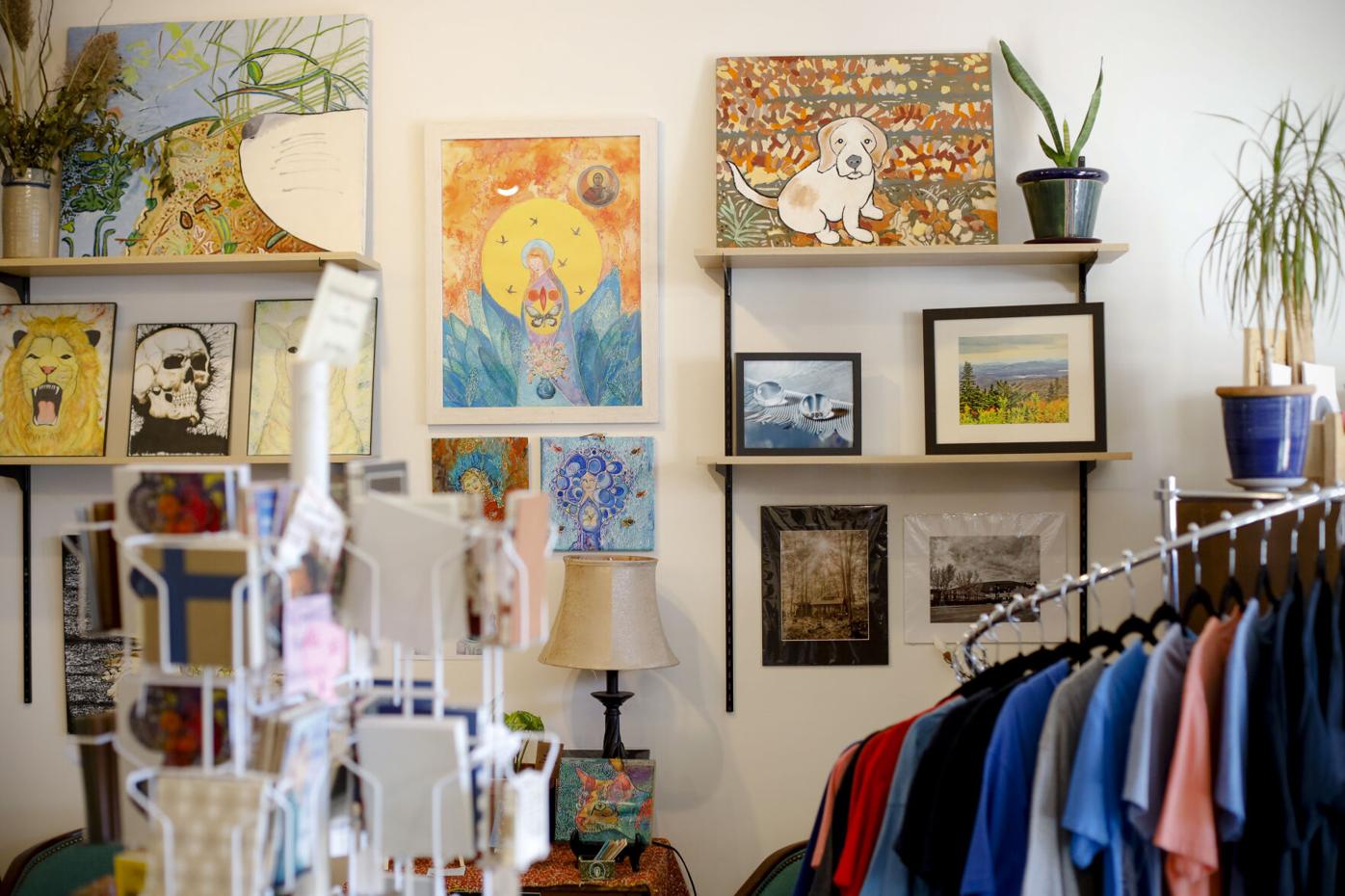 Having a physical space for the collective is important, says Becky Waterhouse, the collective's co-director “I think it just speaks to a huge piece of Common Folk's mission — being an inclusive and accessible creative community in downtown North Adams." 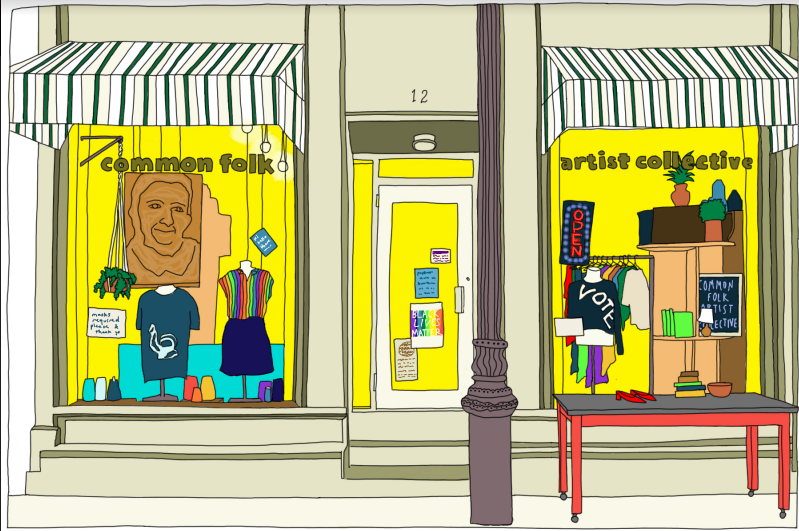 NORTH ADAMS — Several years ago, the Common Folk Artist Collective was operating out of a space on Main Street when it got bad news: the group would have to move. The collective was paying less than the market value for rent, and another tenant had offered to pay more, said Jess Sweeney, co-director and one of the founders of Common Folk.

That was one of five moves the organization has had to make since it opened a bricks-and-mortar space about six years ago.

"That one, in particular, hurt," Sweeney said. "We had just put up a powerful exhibit 100 percent by people in recovery." The art had be to taken down quickly, she said. It was "the move that almost broke us."

The group has bounced around the city, moving often when it could not match other competitive rental offers, the organization said. Most recently, it was at 73 Main St., Sweeney said, but amid the coronavirus pandemic, revenue declined and the group had to downsize to its current Holden Street space.

Now, the collective is trying to make sure it doesn't have to move again by solidifying its current home on Holden Street. It launched a crowdfunding campaign Tuesday to raise $20,000 to put toward buying the space. The organization said that if it can raise $20,000 by early next month, the Massachusetts Growth Capital Corp., a state entity, will match the money through its Biz-M-Power grant.

Sweeney hopes the purchase will help preserve space for the North Adams arts community. With the Massachusetts Museum of Contemporary Art in town, it's important that "there's a place local creative people can feel heard and valued by the community and each other," she said.

"I think, given our history," said Becky Waterhouse, the collective's co-director, "we're just coming to the place where we would not like to be at the whim of the folks who can purchase property and instead be the ones purchasing property."

At the Holden Street storefront, local artists' earrings, clothing, paintings, dog toys, postcards and other art fill the retail space, and colorful work from Tina Louise hangs on the gallery wall. In the back, there is a shared studio space.

Having a physical space for the collective is important, Waterhouse said. “I think it just speaks to a huge piece of Common Folk's mission — being an inclusive and accessible creative community in downtown North Adams."

The collective originally started as an open mic night in Northampton in 2013, but soon shifted its focus to North Adams, with the goal of supporting emerging local artists, Sweeney said. She remembers that, in 2015, the group booked Moon Hooch, a popular New York City-based band, to play in the city. "Oh, we can do some cool things," she remembers thinking.

Since then, the collective has grown and there are about 40 members, the majority of which are based in North Adams, Sweeney said.

"We've grown this thing from literal scratch," Sweeney said. "It's a lot of volunteer love and labor."

The collective has events, a literary journal, craft nights, and it allows members to sell their work in the store.

"We've heard time and time again artists have paid their rent from their art sales here, which is really powerful," Sweeney said while sitting on the couch in the collective's space along with her dog, Otis.

The space also is home to a shared studio, giving artists the opportunity to use the collective's tools. It's stocked with screenprinting materials, for example, which can be expensive, Sweeney said. The space allows artists to try out new mediums like screenprinting without making an investment.

Molly Rideout, a collective member, bookmaker and writer, will stop by the space to use the paper cutter, for example.

The physical space also gives people a place to gather, Rideout said, and it played a role in bringing her to the Berkshires.

In 2019, Rideout was living in Columbus, Ohio, and was offered a job at Mass MoCA's Assets for Artists. On a visit to the city, where she never had been, she walked into the collective's space and remembers seeing “weird cool art and upcycled fashion, and I understood this is a place I could find a home in.”

To Waterhouse, the campaign is a small piece of a larger issue in downtown North Adams. "Basically, I think there is this problem with downtown storefront spaces remaining vacant for a really long time. It has sort of become this systemic problem where a lot of businesses only last a couple years and are forced out."

The campaign, she said, "speaks to a larger need in North Adams of community ownership of physical spaces.” Once purchased, "not only will Common Folk be able to utilize it, but the whole community we are connected with will have access to a space downtown, and not at the whim of a single property owner."

The group is well on its way: Days after launching the campaign, the group had raised more than $9,000.

Problems facing downtown North Adams are layered, those in the business community say, from the challenge of increasing foot traffic to the high cost of renovating old buildings. At the same time, new business have opened and there is potential movement on some empty properties, leaving some feeling optimistic.