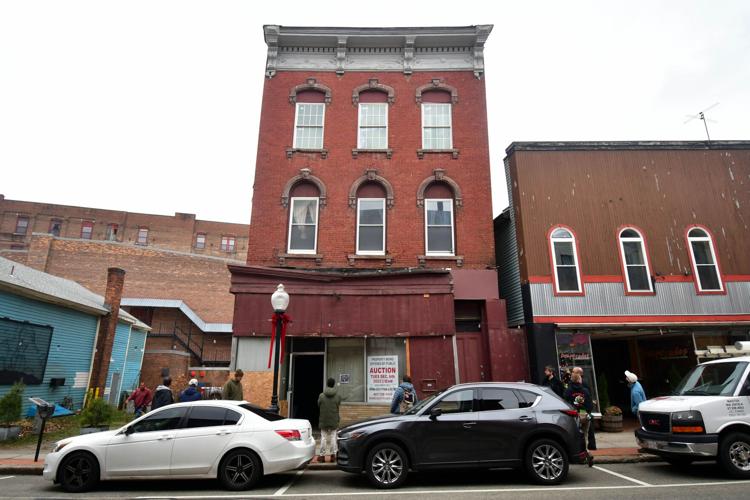 People gather for an auction for 19 Eagle St. in North Adams on Tuesday morning. The winning bid, also the only bid, was $100,000 from Skip Barry. "It's a fabulous location," Barry said minutes after the auction. He said he is not yet sure what he will do with the space. 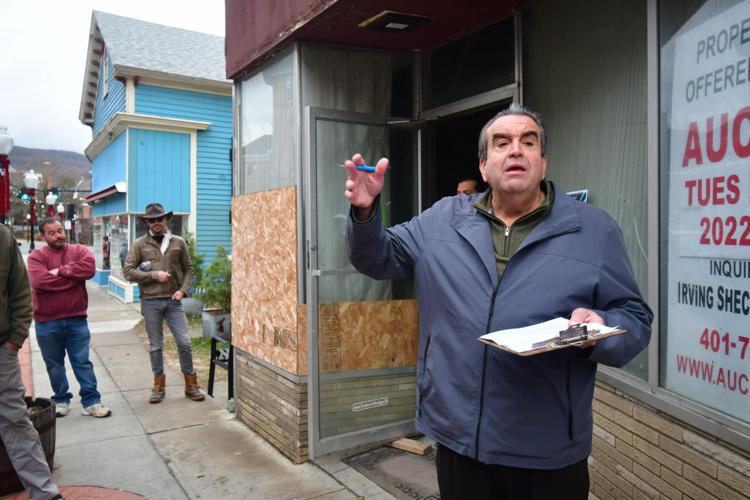 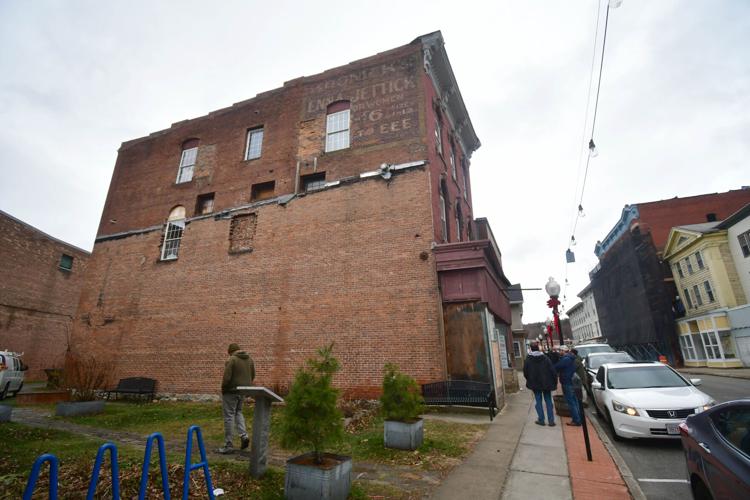 People gather for an auction for 19 Eagle St. in North Adams on Tuesday morning. 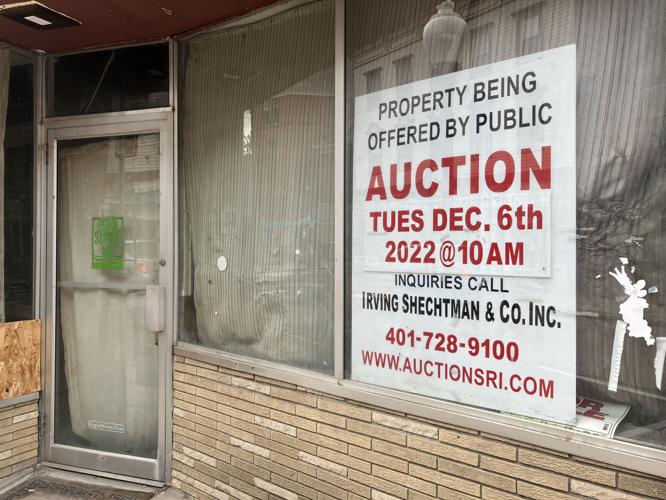 This property on Eagle Street in North Adams was auctioned Tuesday for $100,000.

“One hundred thousand dollars bid. Third, last call,” Skip Ponte, the auctioneer, said as he stood on the sidewalk outside the building with a clipboard. “Sold for $100,000 subject to owner’s confirmation,” Ponte said.

On the sidewalk outside 19 Eagle St., about a dozen people gathered, some there to observe and others to potentially bid in the auction organized for the building’s owner by Rhode Island auction company Irving Shechtman & Co. Inc.

A man who identified himself as Skip Barry made the first and only bid of $100,000. “It’s a fabulous location,” Barry said minutes after the auction. He said he is not yet sure what he will do with the space.

Barry said he owns other property in the area. A Eugene F. Barry is listed in property records as the owner of 9 Eagle St. and 11 Eagle St. Barry could not be reached later for further comment on his holdings on Eagle Street.

Sandwiched between a small park on one side and Desperado’s on the other, 19 Eagle St. once had commercial space on the first floor, but it has been empty for a decade.

Paul Grimshaw, the building’s current owner, started working on renovating the property in the early 2000s, and previously told The Eagle he put in more than $200,000 and had not yet finished it.

“My family is having a mutiny,” he said last year, referring to the purchase price and renovation costs that rose to $368,000.

Is downtown North Adams making a comeback? That depends on who you ask

The property is about 5,000 square feet spread over three floors and a basement, according to specifications from Irving Shechtman & Co. The second and third floor have space for four residential units, and a third-floor studio has been gutted.

The building’s door was propped open Tuesday morning, revealing an exposed brick wall on one side with a ladder against it. Only registered bidders were allowed inside to inspect the property.

The property’s value is $91,000, according to the city assessor’s database. As part of the auction, the purchaser had to submit a $10,000 deposit. Though the property was auctioned, the sale has not been finalized.

The seller is able to accept or reject the bid and the balance of the purchase price is due by early next month, Ponte said.