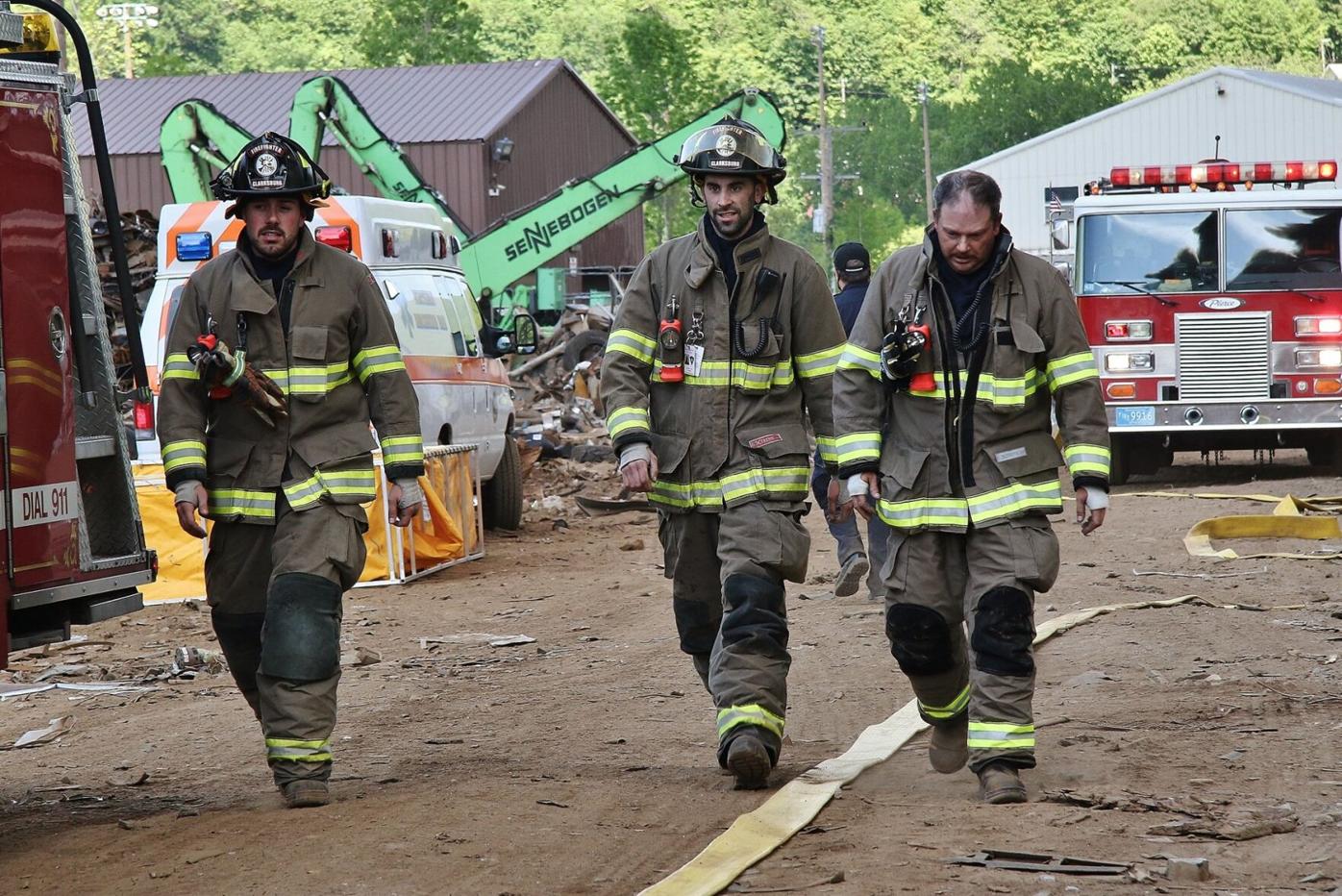 Volunteer firefighters from Clarksburg are seen at the George Apkin & Sons junkyard on State Street in North Adams on Tuesday. The fire at the junkyard has been extinguished, city officials said Wednesday. 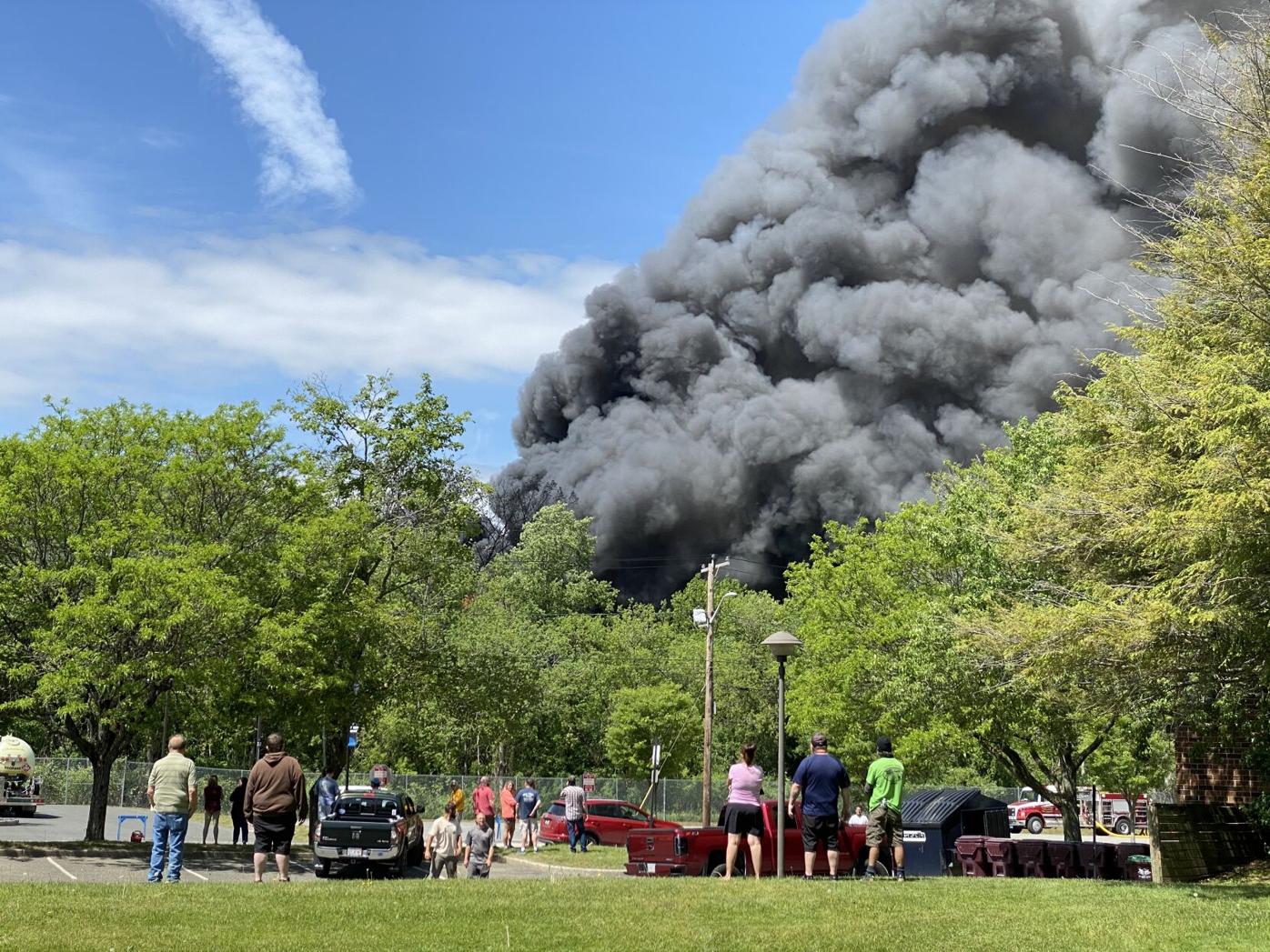 People watch as smoke rises from a fire Tuesday at the George Apkin & Sons junkyard in North Adams.

Volunteer firefighters from Clarksburg are seen at the George Apkin & Sons junkyard on State Street in North Adams on Tuesday. The fire at the junkyard has been extinguished, city officials said Wednesday.

People watch as smoke rises from a fire Tuesday at the George Apkin & Sons junkyard in North Adams.

NORTH ADAMS — Firefighters have extinguished all hot spots in the junkyard fire near downtown that sent black smoke billowing over the city Tuesday and forced residents to shelter inside their homes because of air quality concerns.

“All known hot spots have been extinguished,” Lefebvre said. “We’ve turned the property back over to the owners. ... Now, we’re conducting cleanup operations, getting all our equipment placed back into service.”

State air monitoring ceased when the fire operations ended, and overnight monitoring showed no air quality concerns from the fire, according to the city.

“We are working with the [Department of Environmental Protection], the health inspector and myself, as well as the owners,” he said. “We’ll be having multiple meetings with them to discuss how to prevent this in the future.”

The junkyard eventually could be held liable for the fire, Lefebvre said.

“Obviously, there’s a lot of departments that were taken out of service to come down here,” he said. “So far, minimal equipment lost, but there’s money involved in all this, so, we have to attempt to recuperate what we can.”

Equipment loss was limited largely to pieces of hose and broken lights, Lefebvre added. He did not have an estimate of what the destroyed scrap material or damage to railroad would be worth.

At one point, the fire spread from the junkyard to a pile of railroad ties stored near the rail, as a result of debris, but otherwise the surrounding woods fared “pretty well,” Lefebvre said.

He also confirmed Wednesday that the blaze is believed to have been ignited by a gas tank that caught fire, and the fire is considered an “industrial accident.”

“They found a gas tank, and a spark from the unit that was dismantling the car ignited the gas tank, causing the fire to spread,” he said.

It is not clear precisely what contaminants were contained in the pile, and the Department of Environmental Protection will be responsible for that investigation, Lefebvre said.

Asked whether he was concerned about the upcoming fire season, given last year’s drought and several major fire events so far this year, Lefebvre said the department was prepared.

“We have a really, really good crew of guys and a great support system in our community with our mutual aid,” he said. “I’m not worried about the upcoming fire season; we’ll just deal with things as they come along.”

NORTH ADAMS — The cause of a large fire at a State Street junkyard last month has been ruled accidental, the State Fire Marshal's Office said …