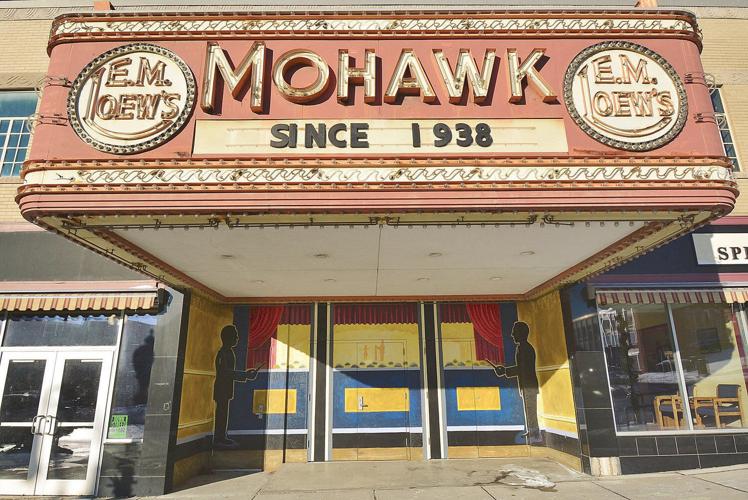 North Adams soon will begin soliciting bids for the historic Mohawk Theater — with the condition that the marquee is preserved. 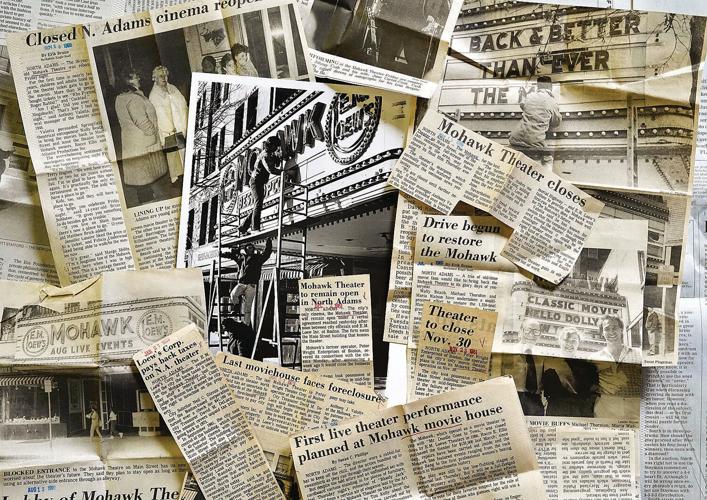 A collage of newspaper articles documents attempts through the years to revitalize the theater on Eagle Street since the former movie house closed in 1991.

NORTH ADAMS — The city again is trying to sell the long-empty Mohawk Theater.

A request for proposals to purchase and redevelop the building was published Wednesday.

It felt like the right time “now that we’ve come strongly though COVID recovery,” he said.

The property, a two-story brick building, is worth $436,800, according to the city. It once operated as a movie house, and it closed in 1991. In the decades since, it has been a difficult property to redevelop.

The city purchased the building in 1996, during former Mayor John Barrett III’s tenure. A proposed transformation into an events and community space did not materialize. Mayor Richard Alcombright pitched a partnership with the Massachusetts College of Liberal Arts to develop the building, but financial hurdles stood in the way and it never came to fruition.

In 2019, the City Council gave Bernard the go-ahead to issue a request for proposals, but it voted that a developer would have to preserve the theater’s marquee. That requirement remains, according to Bernard.

In December, the city invited proposals to purchase and redevelop the property.

Of the two proposals submitted, one did not meet the minimum requirements. The other, Bernard said, “I did not feel, and the review committee in making a recommendation to me did not feel, it was in the interest of the city.”

Community Revitalization of North Adams, a group of community members, submitted a proposal this year for a “flexible use community center.” That group envisioned the redevelopment to have commercial space, event space, a bar, bakery, theater and recording studio.

But, that proposal did not include a required bid bond or certified check of $10,000, according to Zachary Feury, project coordinator in the city’s Office of Community Development. That proposal bid $1 for the property “as a first step in a community engaged process of design, fundraising, construction, and operations,” the proposal reads.

The other proposal, submitted by Yina Moore of Sincerity Builds LLC, offered $100,000 for the building and proposed turning it into the “Mohawk Theater and Performing Arts Center.” But, for the first few years, the proposal said the building would be an exhibit space for the Extreme Model Railroad and Contemporary Architecture Museum.

Included in the proposal package is a letter of intent from Thomas Krens, the CEO of the proposed museum and former head of New York’s Guggenheim Museum, saying that the museum would rent out the entire space for three years after it is renovated. Krens previously pitched a renovation of the theater as part of a larger downtown-development vision.

“At that time, it just didn’t feel like the proposal that was in the best interest of the city,” Bernard said of Moore’s proposal.

This time, how is the city promoting its request for proposals?

“In some ways, it’s like a job posting,” Bernard said. “You put up the posting and then you tap into your personal and professional networks to create as competitive of a pool of applicants as you can.”

He added: “My hope is, and my assumption is, we will see some really interesting ideas.”

NORTH ADAMS — Now that he has the green light from the City Council, Mayor Thomas Bernard said the city will move ahead with developing a request for proposals for the Mohawk Theater.But it's …

One developer submitted a proposal to redevelop the Mohawk Theater into a multipurpose space: Veselko Buntic, co-owner of an Eagle Street property that has been pitched as a hotel.