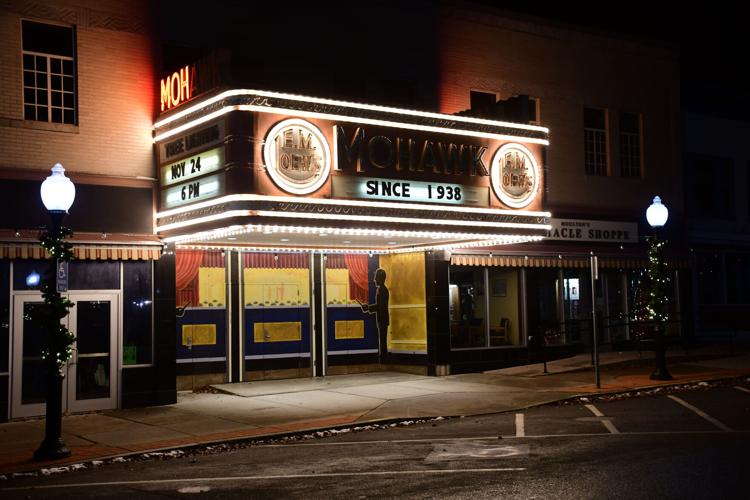 The historic Mohawk Theater will not be changing hands quiet yet. Mayor Jennifer Macksey announced Tuesday night that she is rejecting the sole proposal from Veselko Buntic and Dowlin Building LLC to purchase the building and is instead planning to restart the process over again with more community input. 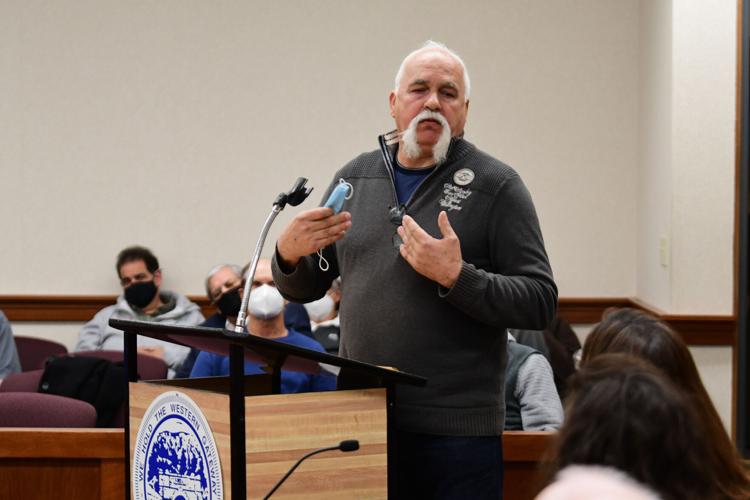 Developer Veselko Buntic spoke at a special City Council meeting on Dec. 1 about his proposal for the Mohawk Theater. While North Adams will not go ahead with the sale of the theater to Buntic, Mayor Jennifer Macksey did say she's hopeful Buntic will submit another proposal to purchase the building.

Mayor Jennifer Macksey told City Council in a Zoom meeting Tuesday that she will be re-starting the process of selling the Mohawk Theater.

NORTH ADAMS — The fate of the Mohawk Theater is not yet clear, but the public can soon weigh in on it.

Mayor Jennifer Macksey announced Tuesday night that she is rejecting the sole proposal from Veselko Buntic and Dowlin Building LLC to purchase the building and is instead planning to restart the process over again with more community input.

“Most of my decision is based on process,” she told the City Council at a Zoom meeting Tuesday, “and the fact that we’ve discovered there’s an existing loan on the Mohawk Theater with a remaining balance of close to $52,000 in interest. I’m hopeful we will put forth a new RFP (request for proposals) in the next 30 to 45 days.”

She said she spoke to Buntic about her decision.

“He was a little discouraged, but we had a great conversation. I’m hopeful he will submit when the new RPF comes out. So again, this is no reflection on Mr. Buntic and his proposal. It’s solely based on process and other aspects of developing a sound RFP that move North Adams in the best direction it can for this property.”

Last year when the city put out a request for proposals to redevelop the theater, Buntic submitted the only pitch. He proposed buying the building for $21,000 and turning it into a multipurpose event and performance space. Then-Mayor Tom Bernard wanted to move a sale to Buntic forward. After multiple meetings, including a special meeting where the public asked Buntic questions, the City Council decided to wait until Macksey was in office to make a decision on the sale. The council also decided it would need to approve the purchase of the building.

Bernard and Macksey did not agree on this issue, and Macksey last month said that the first time she met with Bernard, she asked him not to sell it.

“This process has been very rocky,” Macksey said at a City Council meeting in mid-December. “It absolutely makes no sense to make a decision of this magnitude in the last days of Mayor Bernard’s term.”

“I would respectfully disagree this has been a rushed process,” he said last month. “I do believe this is a project I took on and it is one I’d like to see to completion.”

“I would like to have a couple focus groups with the community and then craft an RFP in conjunction with someone on the committee, the City Council, in joining my team to craft an RFP with exact expectations and timeline for the respondent,” she told the council.

“I’d like to have a couple focus groups before we craft the RFP to talk to the community, as well as business people, about what we think that property can be,” Macksey said, “And use that information to craft an RFP with some set expectations of how we want it develop, keeping in mind that we all have to realize that we can’t go backwards and that it may never be the Mohawk Theater as we knew it.”

Macksey hopes to have focus groups open to the public in February and then to release a new RFP in March. She wants to see a member of the City Council and a person from the public to join the city committee that reviews submitted proposals.

One developer submitted a proposal to redevelop the Mohawk Theater into a multipurpose space: Veselko Buntic, co-owner of an Eagle Street property that has been pitched as a hotel.

Residents have a lot of thoughts about what should happen to the long-empty Mohawk Theater. Soon, they can share those opinions with Mayor Jennifer Macksey in two focus group sessions.

The Mohawk Theater in North Adams is getting $200,000 for its marquee and facade

The future of the theater is still unclear, but the marquee will be getting a boost.

Mohawk Theater is again for sale. Interested buyers have eight weeks to offer at least $100,000

Prospective buyers have until July 26 to submit proposals for the historic theater in North Adams.

It looks like the city’s ongoing effort to sell off the iconic Mohawk Theater will continue to be an uphill battle. At an open house to allow potential bidders to tour the building last Thursday, there were few visitors. The hours ran from 9 a.m. to 3:30 p.m. According to a city employee posted at the door, there had only been one serious potential bidder by 1 p.m.

Our Opinion: Mohawk Theater RFP's lackluster results could be a teachable moment

If North Adams is going to find success coaxing new life into the Mohawk Theater any time soon, city leaders will have to reset the stage. Aft…