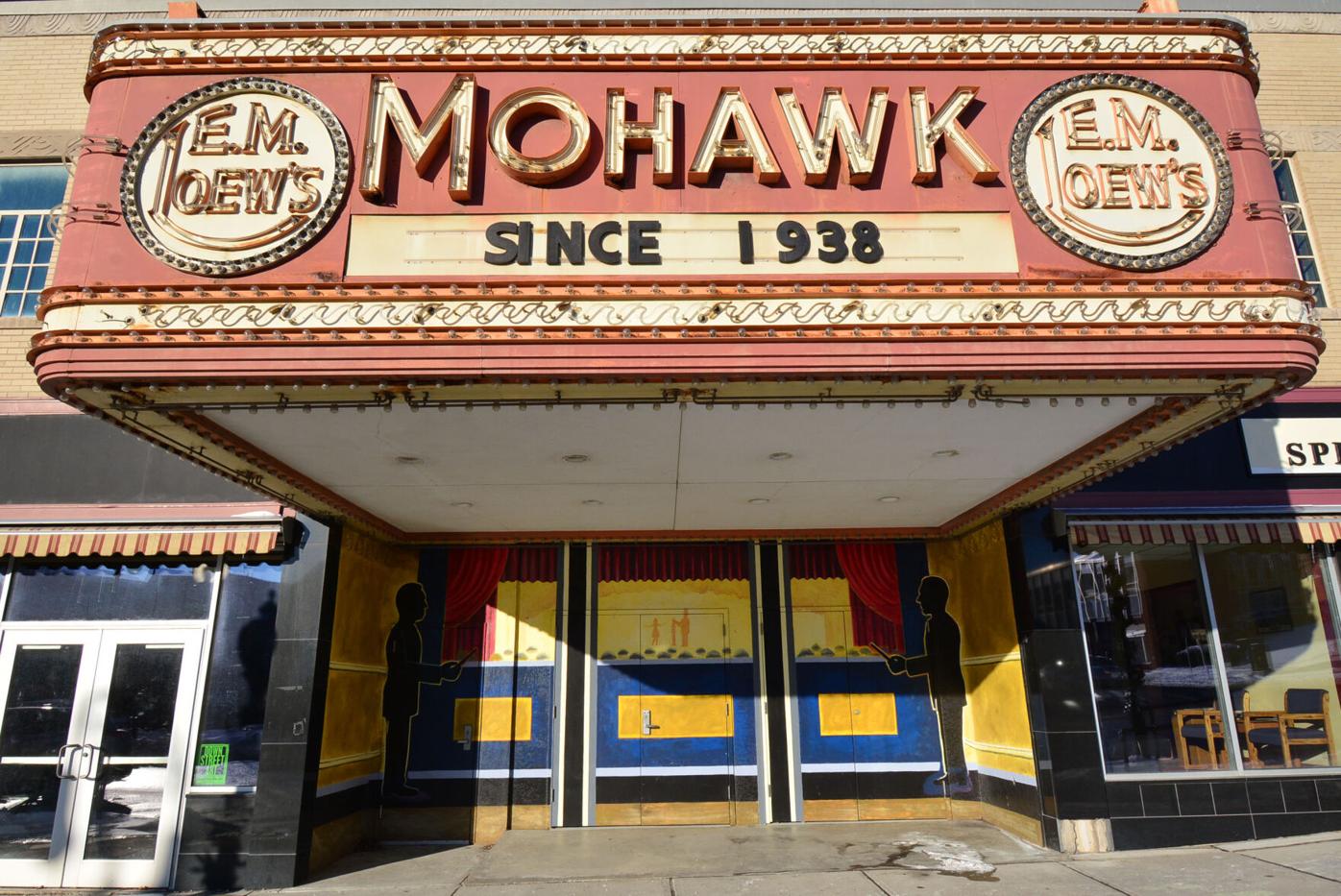 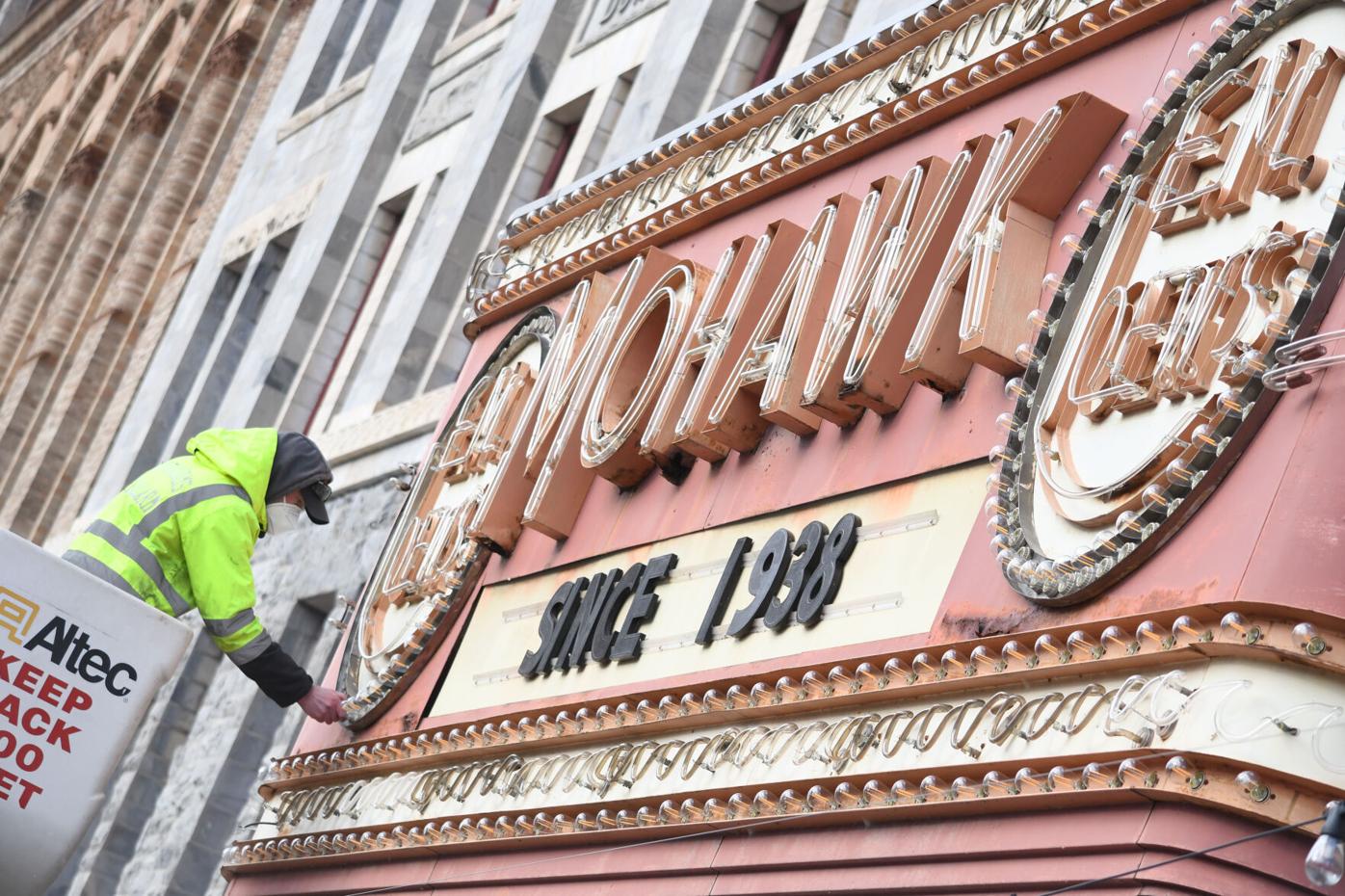 North Adams Mayor Tom Bernard plans to negotiate a sale with the only developer who submitted a proposal to redevelop the Mohawk Theater.

NORTH ADAMS — Negotiations on the sale of the Mohawk Theater are moving forward.

One party responded to the city’s recent request for pitches to redevelop the space — which has been a difficult property to redevelop. Mayor Tom Bernard told the City Council on Tuesday night that he plans to award the bid and negotiate a sale.

Dowlin Building LLC and Veselko Buntic submitted a proposal for a multipurpose space for events like weddings and conferences, as well as performances like dance and music shows, the proposal says.

Negotiations are the start of the process, Bernard said. “The city has the option to walk away if the terms are not agreeable. We will make sure the timeline and benchmarks, including any claw-back provisions, are clearly understood in the purchase and sale.”

He added: “We will make sure that ... if it seems the pace of development is not proceeding, that we would have the opportunity to call it and bring it back.”

The theater once operated as a movie house, and it closed in 1991. The city purchased the building in 1996, and efforts to redevelop it never came to fruition.

An attempt last year to sell the building was not successful. The council adopted a disposition in 2019 that the building no longer was fit for city use, and that any request for proposals require that a future owner preserve the iconic marquee.

Bernard told the council that he spoke with the city solicitor, and he does not need council approval to move forward with a bid.

“In my opinion, there is no requirement that further authorization by the City Council is required,” reads a late October email from Attorney Lee Smith to Bernard.

In the past, the City Council has had the opportunity to take up proposals to request for proposals that are under value, Bona said.

“I’m not pleased to see that we’re being pushed out of this consideration,” he said.

Councilor Marie Harpin said she was happy to see the proposal, but also agreed with Bona. “We’ve always had proposals that were less than the appraisal come to the council the whole time I’ve been on the council.”

Harpin feels like the process is being rushed, she said.

Bona said he had some concerns about the proposal. “They’ve owned the Dowlin Block for four years, and I’ve seen little progress”

Along with Michael Gazal, Buntic in 2016 bought the Tower and Porter Block on Eagle Street and proposed that it be converted into a 27-room hotel, after an extensive renovation. That work has not yet begun.

Buntic told The Eagle on Wednesday that he no longer is working with Gazal, and he has decided to instead turn the Eagle Street building into apartments and plans to ask the Planning Board for approval next month.

Dowlin Building bought the Dowlin Block, 101-107 Main St., in 2017, according to property records. The Mohawk proposal says “it will be planned to operate both independently and in tandem with the adjacent proposed Dowlin Hotel under the same ownership.” Buntic is in the beginning stages of planning a hotel and said he expects to present plans to the Planning Board in about a year.

Buntic, who has done development in New York City, said that Salvatore Perry, a New Yorker and developer of Greylock Mill, piqued his interest in the city.

“North Adams has a great potential and a nice location,” Buntic said. “It’s very artistic, which is what I like.”

How much would a renovation of the Mohawk cost?

“We are just in the beginning stage,” Buntic said. “We don’t know exactly.”

Massachusetts Speaker comments on Bernard's complaint that phone call from Barrett was a 'clear, if nonspecific, threat'

State Rep. Ronald Mariano has made no indication that there will be an ethics review of Rep. John Barrett III. Last week, North Adams Mayor Tom Bernard called on Mariano, the state speaker of the House, to start an ethics review, in light of a comment Barrett made in a conversation about the Mohawk Theater.

Thomas W. Bernard, the mayor of North Adams, is calling on the speaker of the Massachusetts House to order an ethics review of what he describes as recent bullying remarks to him by state Rep. John Barrett III. Barrett says he did nothing wrong.

Our Opinion: Keep temperature down in Mohawk development debate

Tonight, a special meeting will offer the chance to hear out a serious development proposal for the long-dormant but iconic centerpiece of Nor…

From the finances to the timeline, the North Adams City Council and residents peppered the developer behind the proposed Mohawk Theater sale with questions about the project, at a special meeting Wednesday night.