NORTH ADAMS — A new developer has taken over a long-planned recreational resort project on Notch Road near Mount Greylock State Reservation and hopes to create a “wellness focused sanctuary” at the site.

A Brooklyn, N.Y.-based group, 196 Marine LLC, is asking the Planning Board to amend its permit so it can make changes. 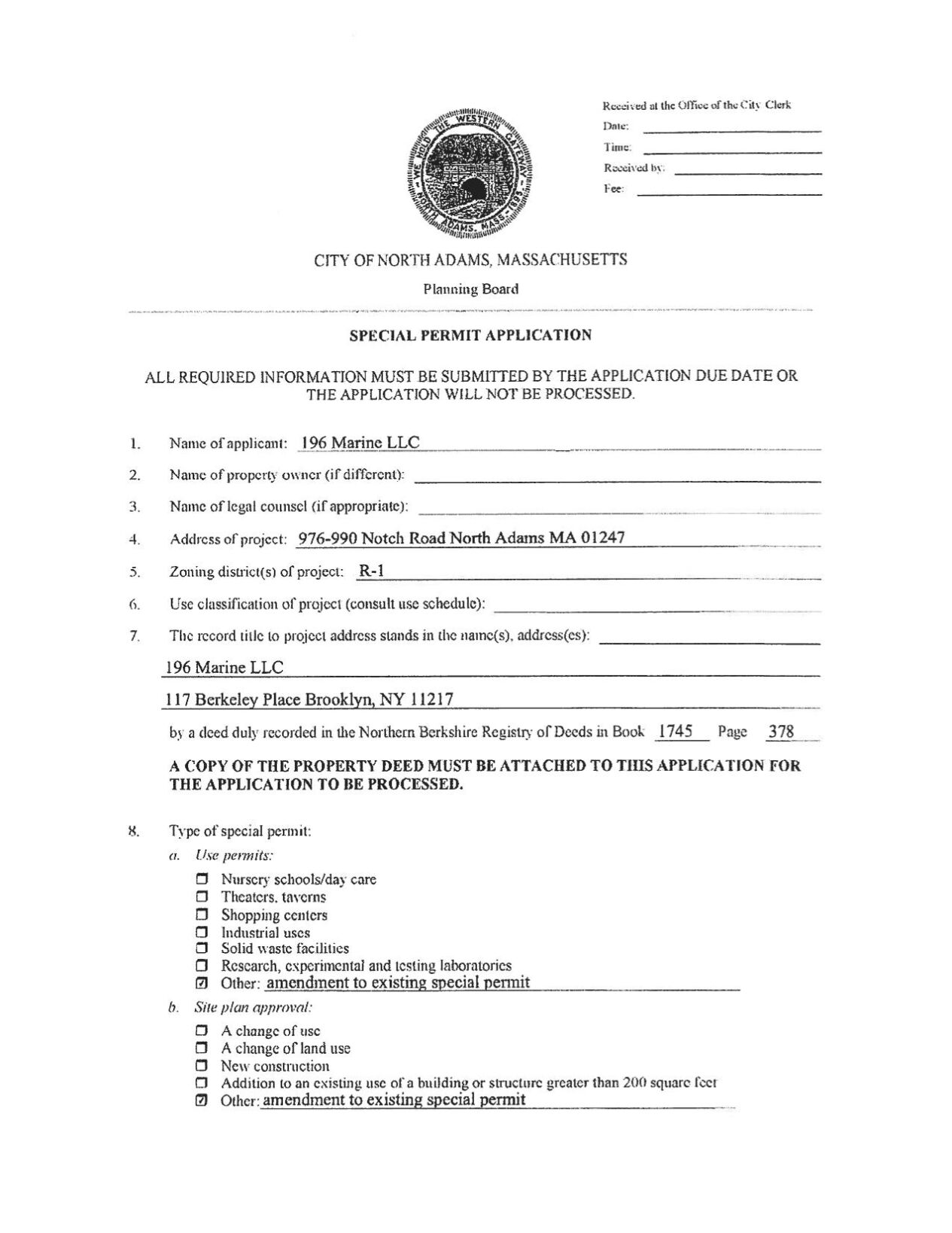 In 2019, D. Foster Goodrich had proposed developing a “glamping,” or glamorous camping, resort at the more than 100-acre property.

Neighbors pushed back, citing concerns like traffic and noise, but the Planning Board approved a special permit for a seasonal resort with 48 canvas tents built on platforms. Then a neighbor sued over the special permit, and after negotiations, additional conditions were added to the permit.

The new developer obtained the property last year for $1.45 million, and in May 2021, the Planning Board approved a transfer of ownership on the special permit it previously approved, including all its attached conditions, according to meeting minutes. 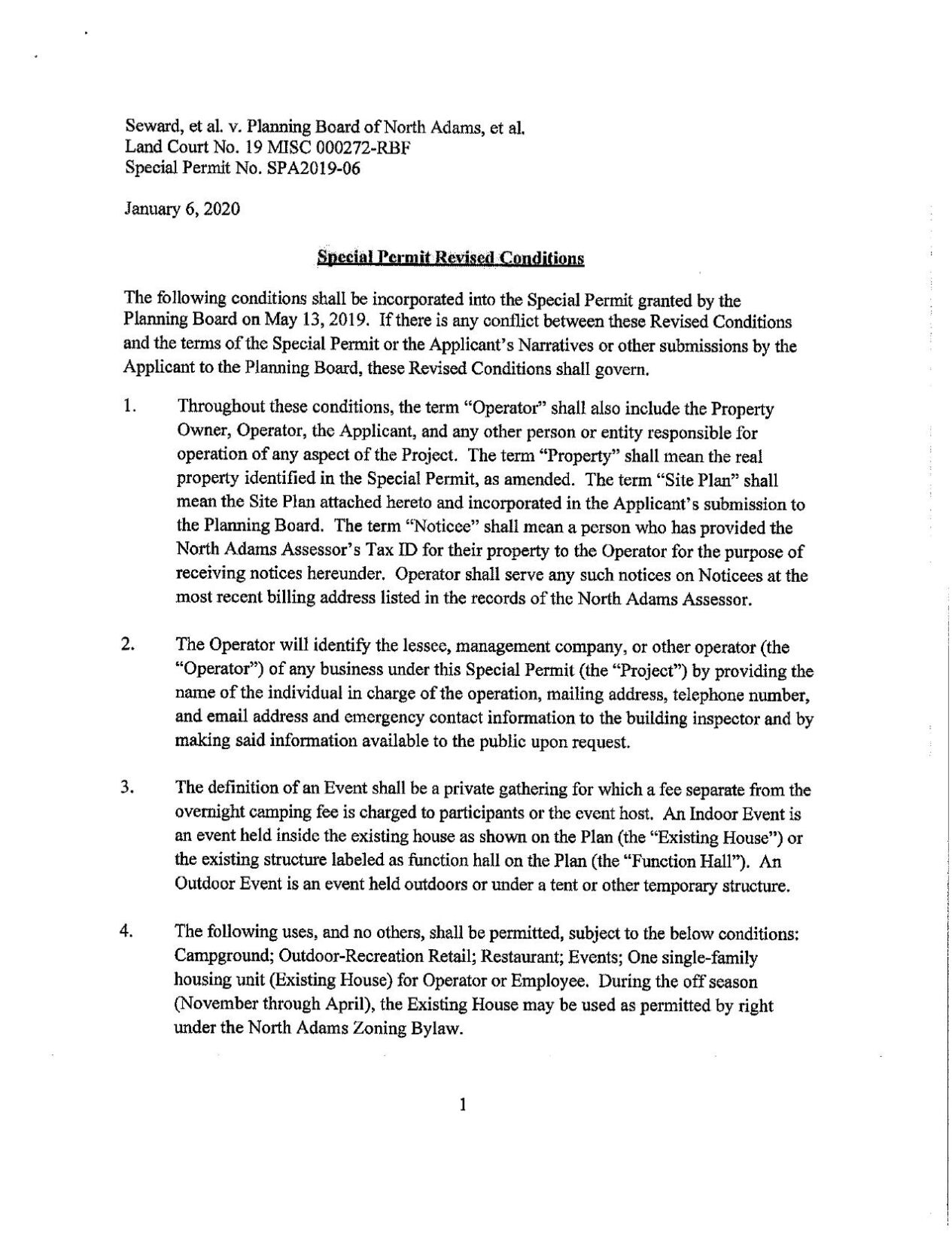 Now, the new developer wants to tweak the resort’s focus and has asked the city to amended its permit.

“After a thoughtful analysis of the best use of the property for our company, the community of North Adams, and the neighborhood,” Ben Crespi, the manager of 196 Marine LLC, wrote in a late April letter to the Planning Board, “we have determined that the overall best use of the property is to change its focus and approach from outdoor recreation and dirt biking to a wellness focused sanctuary.”

Some of the most notable proposed changes: The originally proposed canvas tent structures would instead be hard-sided cabins, and instead of operating 185 days a year as previously approved, it would operate all year round.

As already approved, the developers still plan to have 220 parking spots, quiet hours from 10 p.m. to 7 a.m., and a maximum of 260 overnight guests at once. The developer also plans to have e-bikes for guests, create a network of trails, and allow deforested areas to grow back to create a bird sanctuary, the letter states.

The Planning Board was scheduled to take up the developer’s request at its meeting Monday evening, but Crespi was not able to make the meeting due to a family emergency, Planning Board Chair Brian Miksic said, and the request will be continued to the next meeting.

After pushback from neighbors, developer scales back plans for North Adams resort

A New York developer seeks changes to a proposed North Adams resort. Some neighbors have concerns

One neighbor The Eagle spoke with said he sees two sides to the issue of development on this high ground, southwest of downtown, and agreed with them both: Giving North Adams an economic boost, while protecting a neighborhood.