And 903 days later, it hadn’t been done, according to a letter Mayor Tom Bernard wrote to Charter Communications in September 2018. That letter notified the company that it was violating its contract with the city, and it led to a settlement of $23,000, finalized in December.

All the money went to Northern Berkshire Community Television as the “injured party,” Bernard said. The organization’s executive director could not be reached for comment.

“It is a small win, but it is a win,” Bernard told the City Council on Tuesday night, announcing the agreement. “It doesn’t address issues of quality of service, responsiveness, or cost. However, the payment addressed and corrected those areas where clear violations of contract had occurred.” 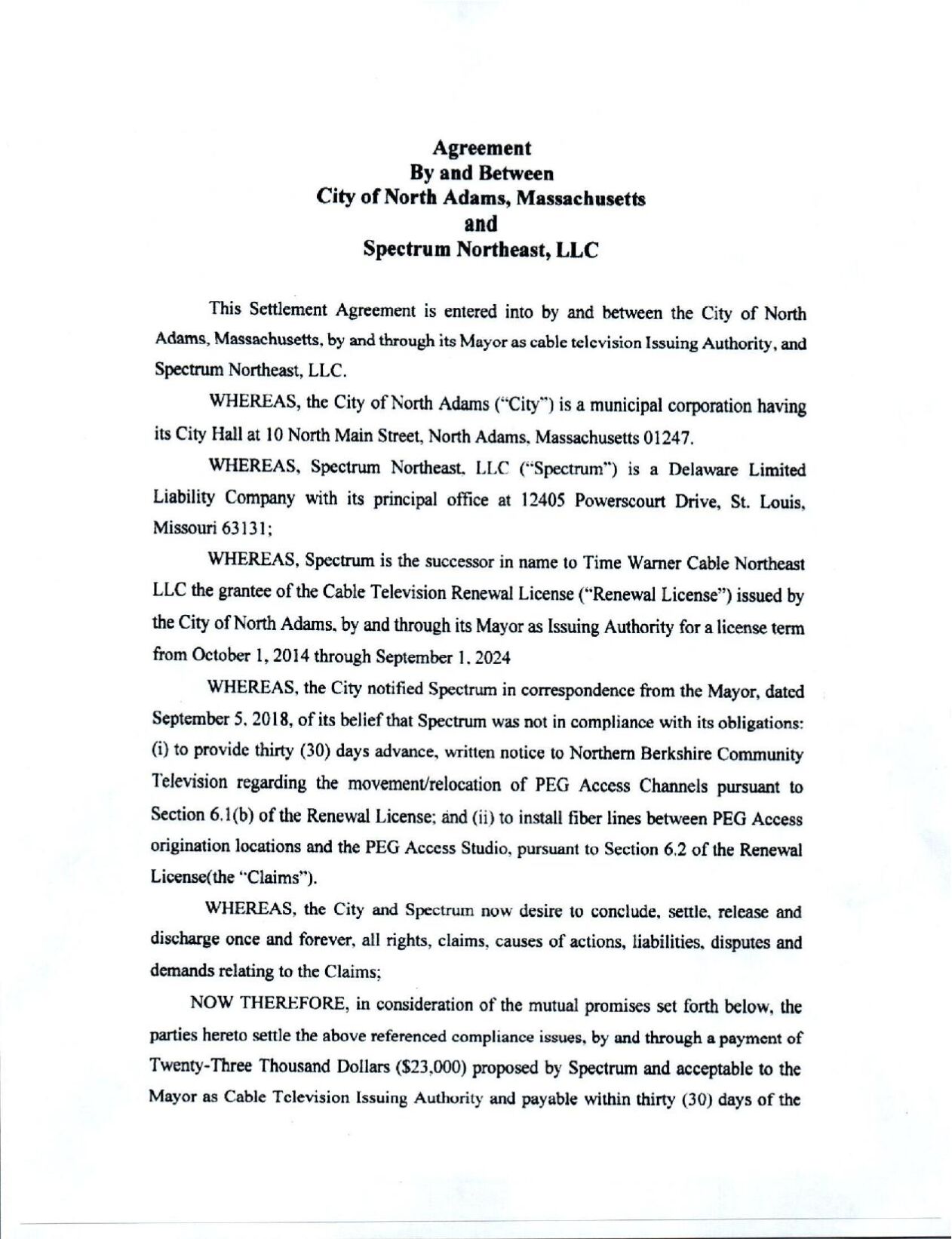 Why did Bernard make the announcement now?

“It was just one of those cleanup things,” he told The Eagle. “I was going through catch-up items. I just wanted to put it out on the table.”

In September 2018, the city sent Charter Communications a letter notifying the company it was violating its contract. 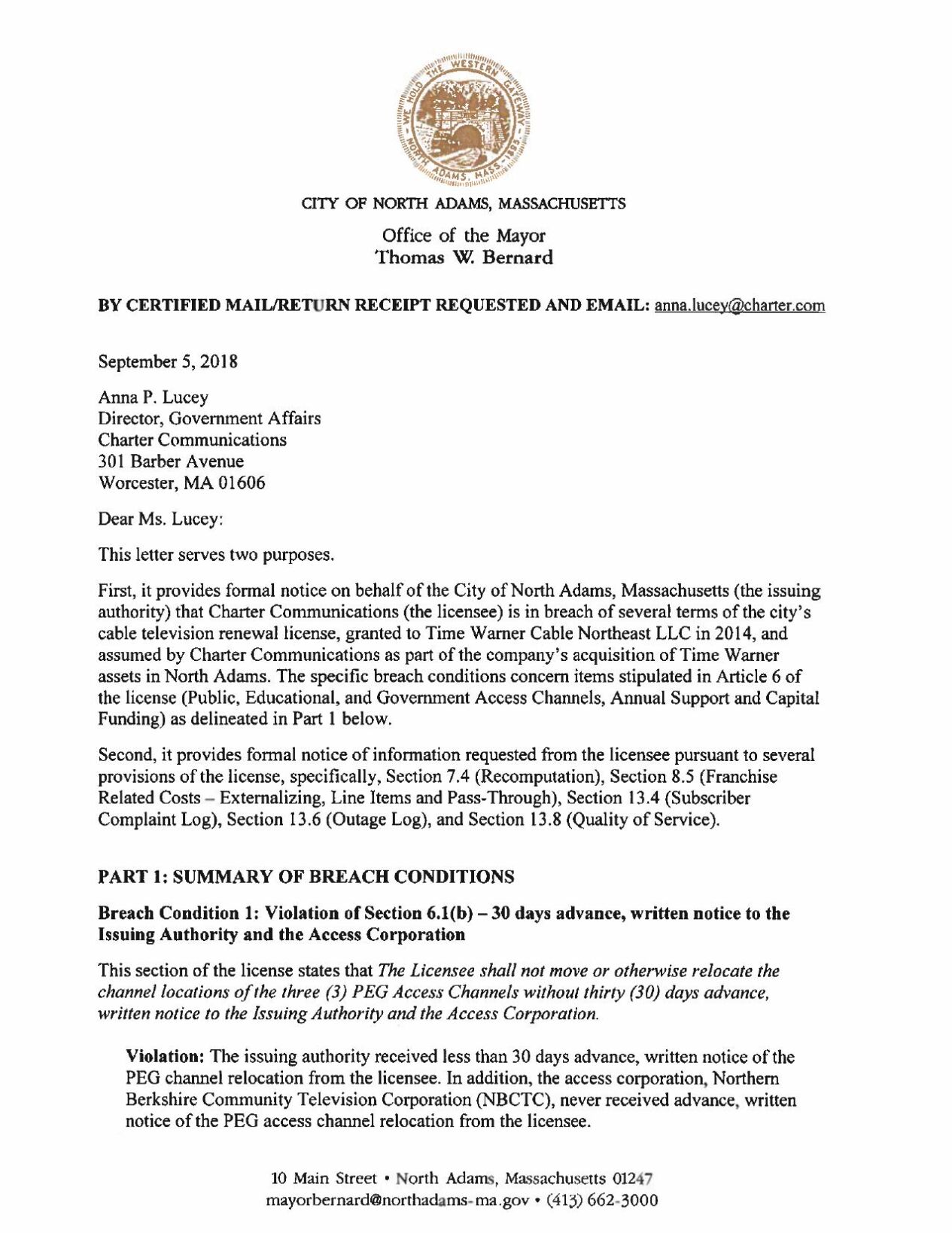 NORTH ADAMS — The city is close to taking formal action against Charter Communications, the parent company of the Spectrum cable company. Attorneys representing the city are working to finalize …

The lack of fiber installation between Northern Berkshire Community Television’s studio and City Hall and Drury High School was one issue, according to the letter.

The second issue: When Charter moved public, educational and government access channel locations, it did not notify Northern Berkshire Community Television and gave the city less than 30 days’ notice, according to Bernard’s letter.

“Charter Communications has demonstrated a pattern of neglect and non-responsiveness to the issuing authority, its designees, the City, the access corporation, and subscribers,” the 2018 letter from Bernard to Charter Communications reads. “The licensee unfortunately and repeatedly taken a dismissive attitude toward its contractual obligations.”

The agreement was signed in December 2020.

“The settlement addresses the two main issues intended in the breach notice regarding notification when they moved local channels, including the one that those watching at home are watching now,” Bernard said at Tuesday’s City Council meeting, “as well as the cost of the fiber line provided in the contract that they need to make good on.”