NORTH ADAMS — Sniping has flared up among members of the City Council, and residents have taken notice.

Councilor Jennifer Barbeau raised the issue in a Tuesday letter to her colleagues.

“Many constituents have reached out to me directly and also addressed the council here in chambers with regard to council conduct on the floor, on social media and in direct correspondence,” she wrote. “Respect for the public addressing the council should never be less than professional and without personal attack.”

During Tuesday’s regular meeting of the body, Barbeau suggested the City Council revisit its rule for member and public conduct.

“I just feel the need to address this again. It has become pretty public,” Barbeau said. “I’m hoping we can come to some resolution in finding a way to communicate with each other that is effective and positive.”

The exact nature of the disputes was not clear in the meeting, and Barbeau was not specific. 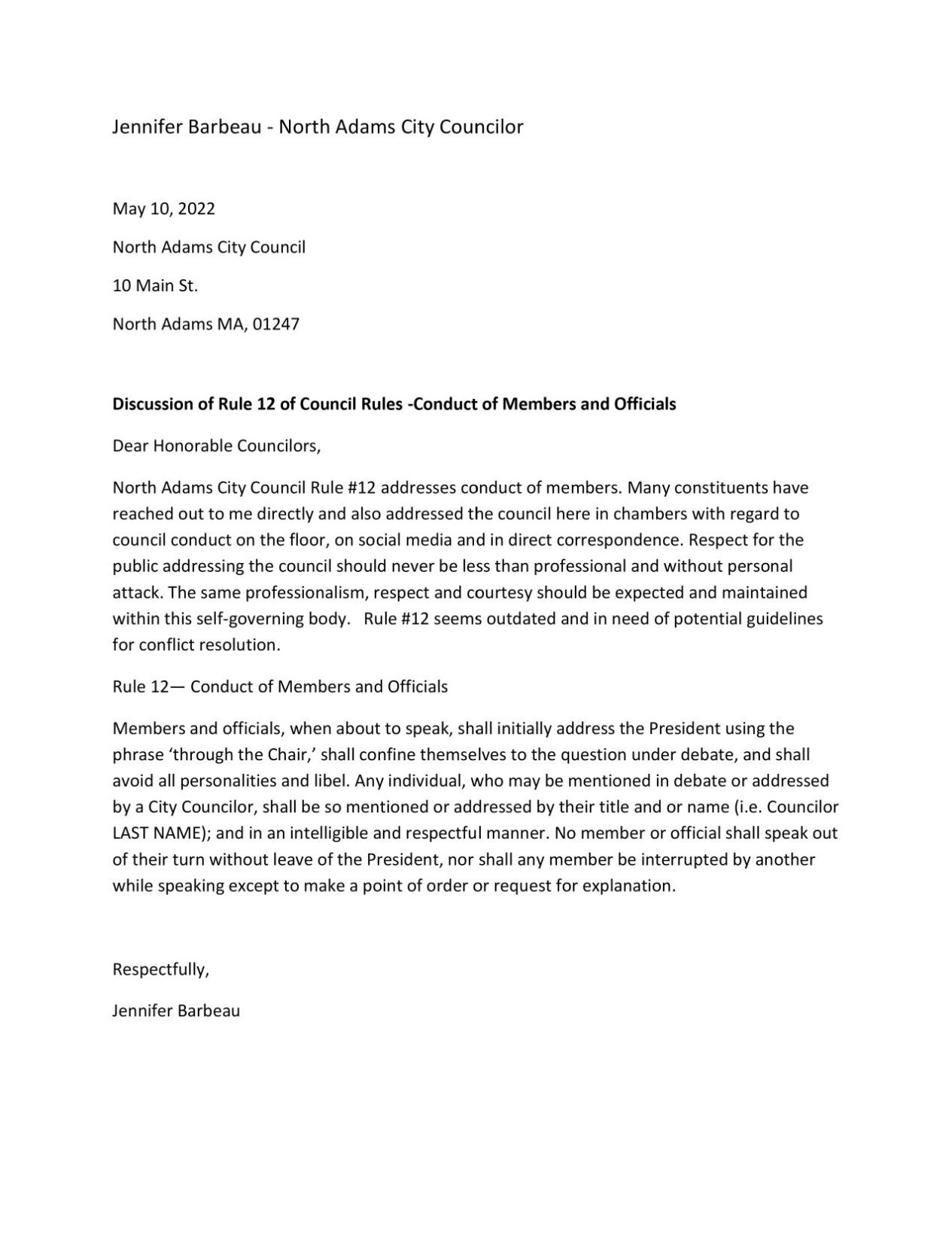 Councilor Ashley Shade said she plans to introduce a change to address the issue at an upcoming meeting.

“We should be able to disagree without being disagreeable,” Council President Lisa Blackmer said. “Just because someone disagrees with you, it’s not a personal attack.”

After Blackmer suggested the council move on, Harpin persisted, noting that comments are made on people’s personal pages, too.

“OK enough,” Blackmer said, raising her hand. “Councilor Shade is working on that and that’s where we’re going to go from.”

It was nearly a year ago when the issue last came to a head, and Harpin reminded the council to treat each other with respect, according to meeting minutes.

Along with former council President Jason LaForest, Harpin stepped down from the council last year before her term ended, citing the council’s climate. But some councilors took issue with her characterization at the time, and at least one blamed departing members as part of the problem. Harpin was later reelected.

Marie Harpin steps down from North Adams City Council. It's the second resignation in 2 weeks

'Toxic' political scene in North Adams spurred a meme, a 'sock of nickels' post and a police report