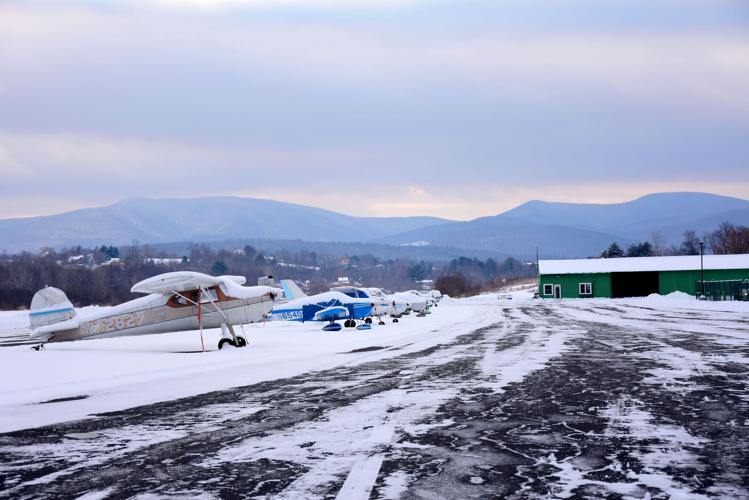 North Adams resident and former Airport Commission member Trevor Gilman has raised concerns at council meetings about Harriman-and-West Airport finances, saying that the city is not separating out airport revenue from the rest of its funds, and that it’s a requirement of grants from the state and federal government. 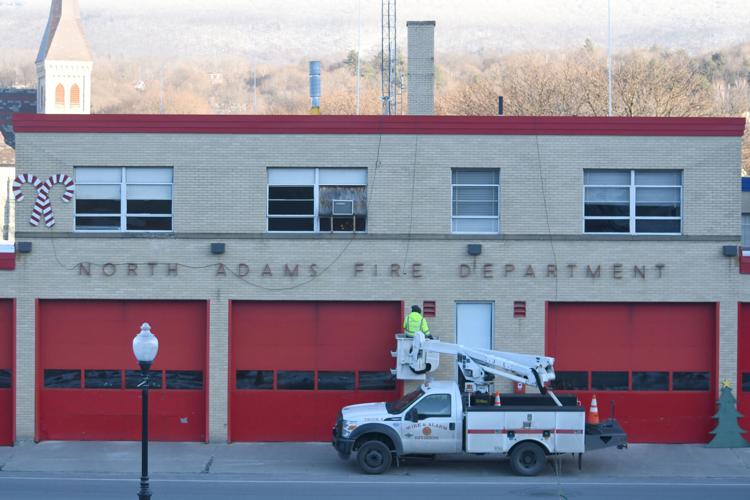 The city is working to identify potential sites for a new public safety building, North Adams Mayor Tom Bernard says. Conditions at the fire and police building long have been an issue, with the the lack of handicap accessibility and, this winter, heating problems.

NORTH ADAMS — The City Council voted Tuesday night to pass a $42 million budget, though one member stood firm in opposition.

LaForest cited concerns about grant assurances at the Harriman-and-West Airport, the lack of a capital outlay plan, and what he said was a lack of a plan to address the “deplorable” conditions at the building that houses the fire and police departments, he told The Eagle after the meeting.

“I could not, in good conscience, vote yes,” he said.

Per city ordinances, the mayor is supposed to submit a six-year capital improvement plan with the budget to the City Council.

A draft of the capital improvement plan was discussed at the council’s Finance Committee meeting last week.

“It’s something I’ve been working on with my team,” Mayor Tom Bernard said Wednesday. “Its important to note,” he added, “this is a practice that has not been consistently followed. That’s not to say it should not be followed. The first step was to present a document that could be a starting point.”

The city is working to identify potential sites for a new public safety building, Bernard told The Eagle. Conditions at the fire and police building long have been an issue, with the lack of handicap accessibility and, this winter, heating problems.

Resident and former Airport Commission member Trevor Gilman has raised concerns at council meetings about airport finances, saying that the city is not separating out airport revenue from the rest of its funds, and that it’s a requirement of grants from the state and federal government.

When asked Wednesday morning whether airport money is kept in separate accounts and whether it needs to be as Gilman has said, Bernard said “this is an accounting question. We are able to identify all airport-related funds. I’m not going to speak to the specifics of our accounting system.”

He added: “I do not intend, either on the floor of a public meeting or in the press, to debate Mr. Gilman.”

The city auditor’s office did not respond to a call for comment Wednesday on airport finances, nor did it return The Eagle’s call earlier in the month.

At the previous council meeting, on June 8, Bernard said that “I have spoken to the auditor, who said that the practice is, I won’t say, sound, but does not place us within the level of jeopardy that was suggested in the comment from the public.”

Gilman said at that meeting that he thinks the practice could jeopardize future grants.

A 2015 state Department of Transportation grant assurances document signed by then-mayor Richard Alcombright and provided to The Eagle by Gilman, says airport revenue should be put in a segregated Airport Commission account.

“If they are bringing up valid concerns and you hear them, you should be trying to address them,” Gilman said at Tuesday’s meeting.

Some councilors acknowledged that it was a topic to discuss.

“I don’t agree at this point it’s worth holding up the budget, but I do think it’s something that does need to continue to be looked at,” Councilor Keith Bona said.

Bona added that he has spoken with the current mayoral administration about the topic.

“He has not received a communication threatening to have our funding cut,” he said. “The prior administration, that did come along with some of the grants and the funding that came with the airport.”

Councilor Marie Harpin asked Bernard for an update on setting up a separate airport enterprise fund. There is a regular account and a revolving account, Bernard said.

“The accounting is accurate. The ability to identify and segregate funds exists,” he said.

“We certainly would not and should not jeopardize any state and federal grants that may benefit the city,” he said.

Another sticking point at the meeting: the mayor’s salary.

After the City Council approved the budget, Harpin brought up raising the mayor’s salary from about $88,400 to $95,000 a year starting Jan. 1.

“We have an election coming up,” Harpin said. “There could be people possibly that are interested in running for this position that will not run for the position because the pay cut is too much.”

Harpin noted that the raise would start halfway through the fiscal year.

“There’s plenty of room in the budget,” she said, noting that the recently passed budget added a deputy fire chief, a position that she doubted would be filled in July, the first month of the fiscal year, and would free up money to cover the proposed raise.

The possibility of raising the mayor’s salary came up at the previous council meeting, when a number of councilors agreed that the salary was low, Harpin noted.

It’s an important conversation to have, said council Vice President Lisa Hall Blackmer. But, she added, “I guess this idea they are not going to take it unless they make X number of dollars, I find almost insulting to the people who have stepped up and run and the people who have held the position.”

“I feel like it’s being jammed down my throat,” Councilor Wayne Wilkinson said. “I’m willing to talk about it ... but I’m not letting it get thrown down my throat tonight.”

The vote to amend the city’s classification and compensation plan with a raise to the mayor’s salary in 2022 failed, with Harpin as the only “yes” vote. Without the amendment, it passed.