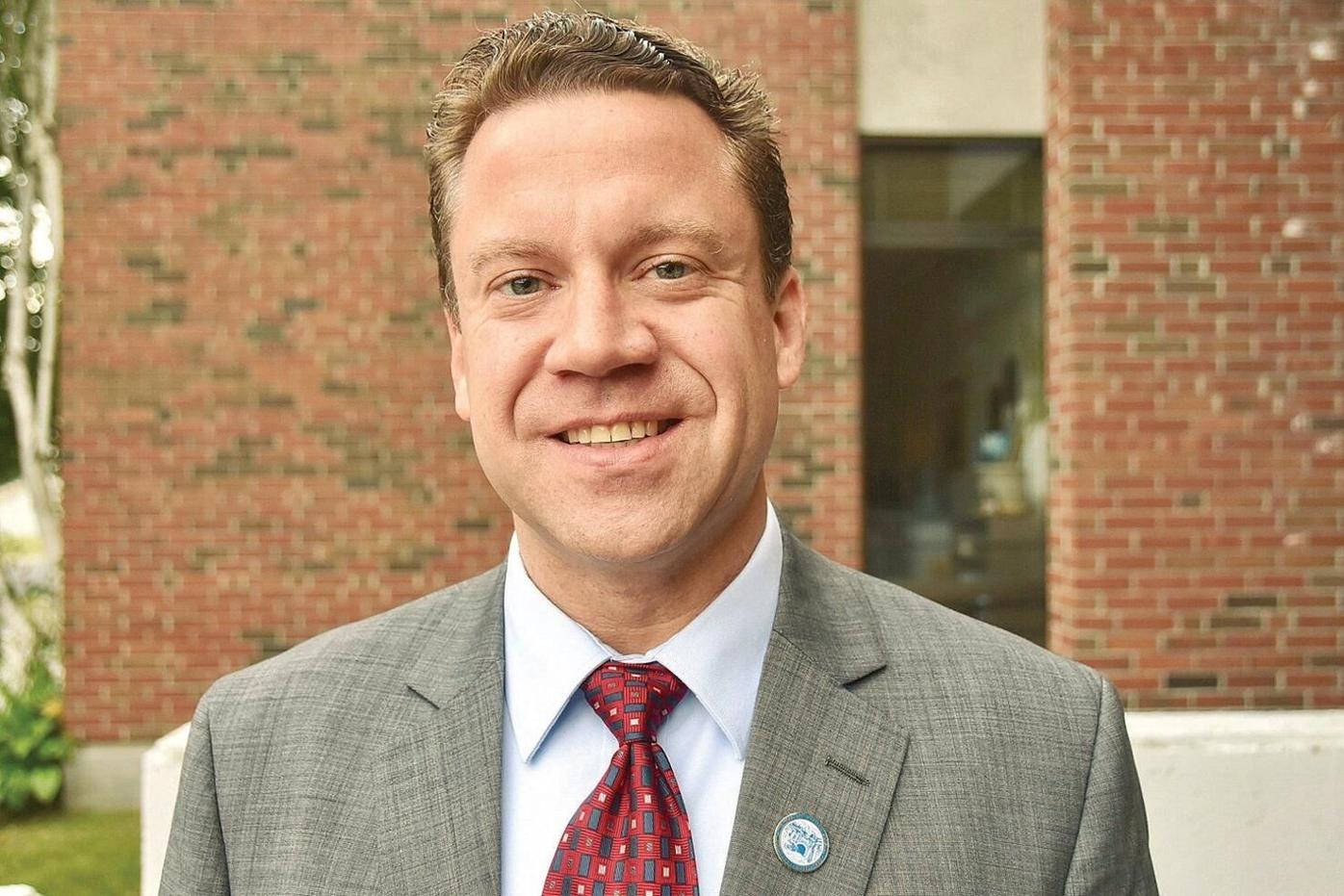 North Adams City Council President Jason LaForest turned in his resignation to the city clerk’s office Monday. He said in his statement that "it is time to focus on my family and nursing career." 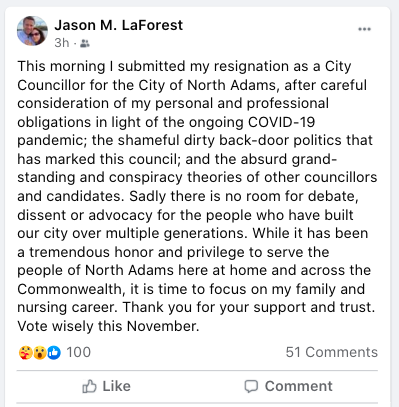 North Adams City Council President Jason LaForest turned in his resignation to the city clerk’s office Monday. He said in his statement that "it is time to focus on my family and nursing career."

NORTH ADAMS — This year, City Councilor Jason LaForest said he was “almost certain” he would run for mayor.

On Monday morning, LaForest turned in his resignation to the city clerk’s office. In a Facebook post Monday, he said he was leaving the position “after careful consideration of my personal and professional obligations in light of the on-going COVID-19 pandemic.”

LaForest did not respond to several requests for comment Monday. He was not present at recent City Council meetings.

In his post, LaForest also cited “the shameful dirty back-door politics that has marked this council” and “the absurd grand-standing and conspiracy theories of other councilors and candidates” as reasons for his departure.

“Sadly, there is no room for debate, dissent or advocacy for the people who have built our city over multiple generations,” his post reads.

LaForest, a nurse, said in his statement that “it is time to focus on my family and nursing career.”

LaForest first was elected to the council in 2017. In February, he told The Eagle he was “almost certain” he would run for mayor and detailed his priorities. But, his campaign appeared to be derailed after a city resident, Emily Bryant, accused him of sending an inappropriate message, captured in a screenshot, and spreading information about her health.

At the time, LaForest apologized on mayoral campaign letterhead for calling Bryant a “#hottie,” but he did not address the other allegation.

Now, there is another empty council seat. Lisa Blackmer, the City Council vice president, said it would make sense to her to wait until the council elections in November, then name to the council the nonincumbent who got the most votes in a winning cause until members are sworn in in January.

“That will probably be my recommendation at this point, but it’s not just up to me. It’s up to the entire council to vote,” she said.

“But, I do know that he has been very busy with his work life,” she said. “It is not something we discussed. We’re not buddies. … We’re colleagues.”

Councilor Keith Bona is not sure what backdoor politics, grandstanding and conspiracies LaForest’s statement was referring to.

“All I can say is, I will agree with him there’s been many distracting and unprofessional accusations and communications over the past two years,” he said.

In Bona’s many years on the council, he said, “this tops one of my least favorite terms in terms of the council getting along.” He added that he likes debates, but the issue is communication and respect. He declined to give specifics.

“I don’t know exactly what [his comments are] pertaining to,” she said. “ I would say, yeah, there’s some backdoor, backroom politics going on that are not friendly. I’ll just leave it at that.”

When asked for a specific example, she said, “I don’t want to make things worse than they already are. Politically, the City Council, I would say, is not in a great place. I think me digging into the details isn’t going to make it any better.”

Harpin agreed that it has been a difficult term.

“I didn’t find it surprising,” she said of LaForest’s resignation.

A day after a second North Adams city councilor resigned, citing a "toxic" environment, several other members of the council shared a different outlook.