This story has been updated to state that the council only needs to vote once on the budget. A previous version of the story was incorrect.

The City Council on Tuesday night voted 8-1 to pass the mayor's $44.5 million budget for the 2023 fiscal year, which starts in July. The council only needs to vote once on the budget to formally approve it. 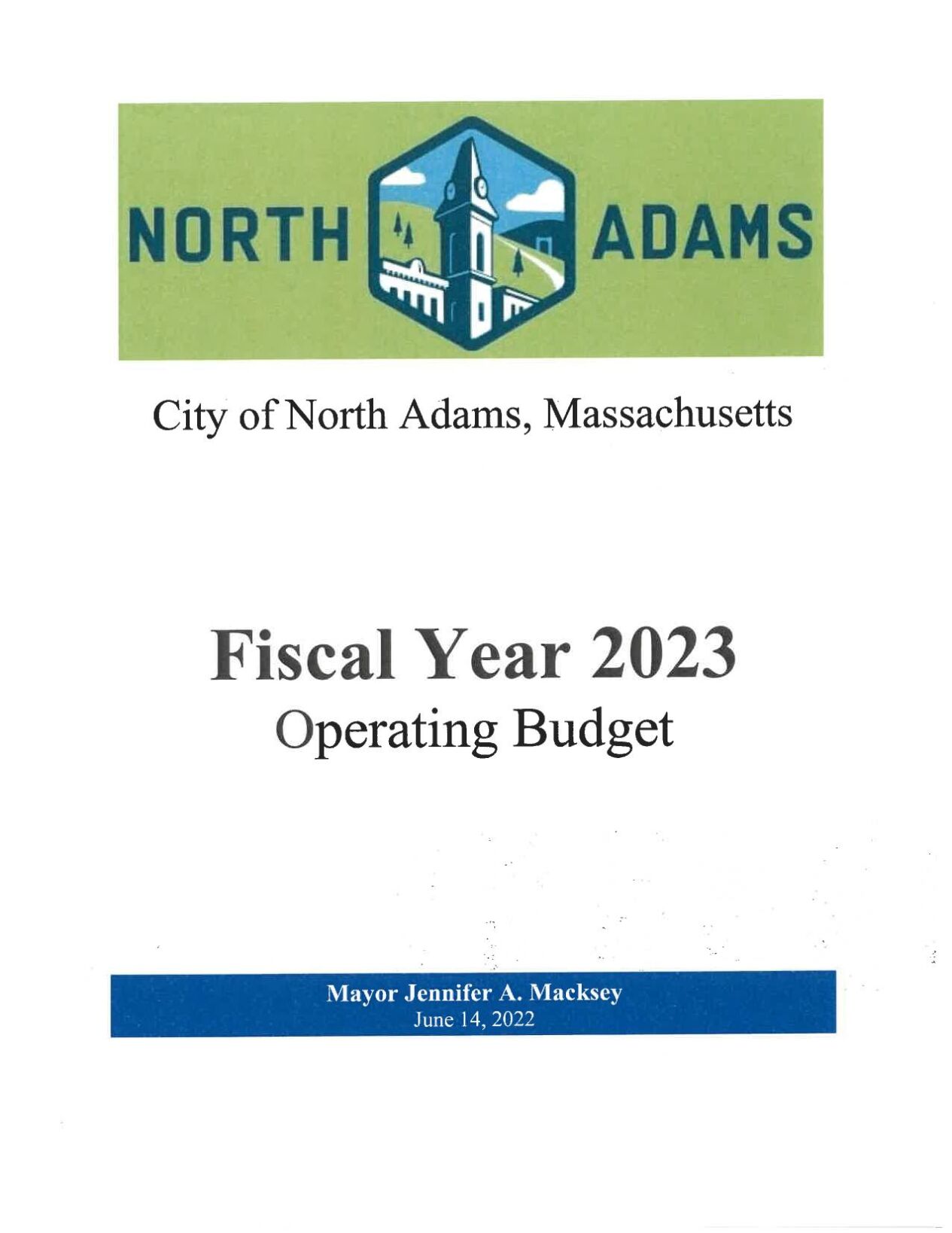 The spending plan represents a $2.1 million — or 5 percent — increase from the current year's budget.

"While this percentage may seem high," Macksey said of the larger budget, "we will demonstrate we have the capacity and revenue to support this."

She told the council members that there has been "significant increases" in funds including state aid to schools, cannabis revenue and room occupancy revenue. "Everyone should note this does not mean our taxes are going up 5 percent," she said "The tax rate discussion will be presented in the fall."

The departments seeing the largest increases, percentage-wise compared with the previous year, are general government, public safety, the pension fund and the school district.

The North Adams City Council moved to give the mayor a raise of nearly $10,000

General government includes city administration like financial positions, the office of Community Development, City Clerk and city boards. New expenses include adding positions — a part-time grants and communications specialist and a part-time position in the clerk's office — salary increases, including a bump to the mayor's pay, and roughly $180,000 for IT expenses, the largest increase for the department.

Dispatcher pay in North Adams starts at less than $15 per hour. The City Council has moved a pay-raise proposal forward.

Public safety, a department that includes the fire and police departments, as well as animal control and inspection services, would see a an 8.8 percent, or $475,235, increase if the proposed budget is enacted. A focus on the department's budget is "appropriate staffing levels," Macksey told the council. The proposed budget would add four police officers, allow for higher dispatch pay, and add a code enforcement position. The police and fire departments struggle with overtime in part because of low staffing, Macksey told the council, but she hopes it will resolve later in the year with more officers on staff. Vehicle repairs and equipment are also significant costs, the budget says.

Each year, the Public Employee Retirement Administration Commission determines the city's payment to the retirement board. Macksey told the council that her team did look at the data that went into the calculation.

The school budget would see a 5.56 percent increase. That bump includes higher costs for busing and staffing, including pay increases for administrators and substitute teachers.

“Yes, there is a significant increase in the budget," Macksey told the council, "but it's important to understand we have an increase in our Chapter 70 funding, close to $1 million. ... That allows us to invest more dollars into education.”

Chapter 70 funding is the major way the state provides aid for public schools.

Before the council met Tuesday, its Finance Committee met multiple times to discuss the proposed budget.

Councilors asked Macksey questions about the budget Tuesday, but there was little debate.

Councilor Ashley Shade was the sole "no" vote on the budget. She voiced a concern about funding for building repairs. The amount allotted for that — $10,000 — is "a huge issue to me," she said.

"It's a huge issue to us," Macksey agreed.

“I still think more needs to be allocated to maintain what we already have," Shade said.

One of the buildings in need of repairs is the public safety building, which houses the police and fire departments. Councilor Marie Harpin asked about the status of the building, and Macksey said that the city is working to get state funding and looking at possible locations for a new building.

"Those are conversations that are ongoing. I know the public is very interested in that, but until I have a plan, I don't want to get everybody speculating. We're traveling down two paths — one is to find a permanent location, to hire and engineer and get that going. The other path is what do we do in the interim?"

Macksey also presented a draft of a capital improvement plan.