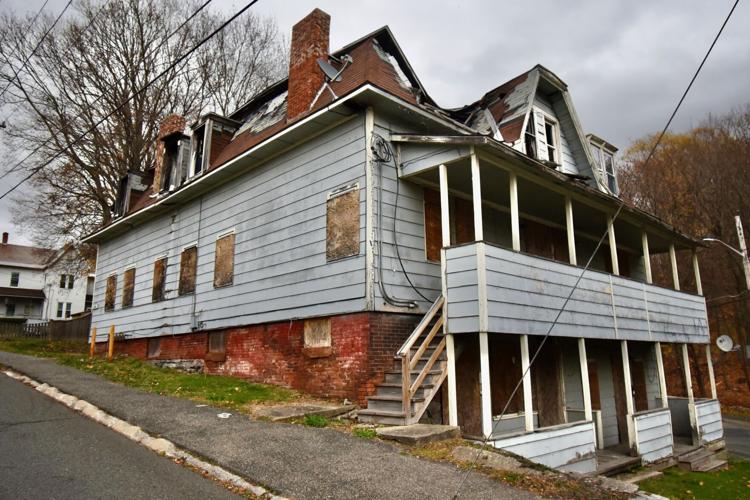 This multifamily building on Houghton Street in North Adams was lost to a fire in January 2019. The city wants it torn down, without delay. 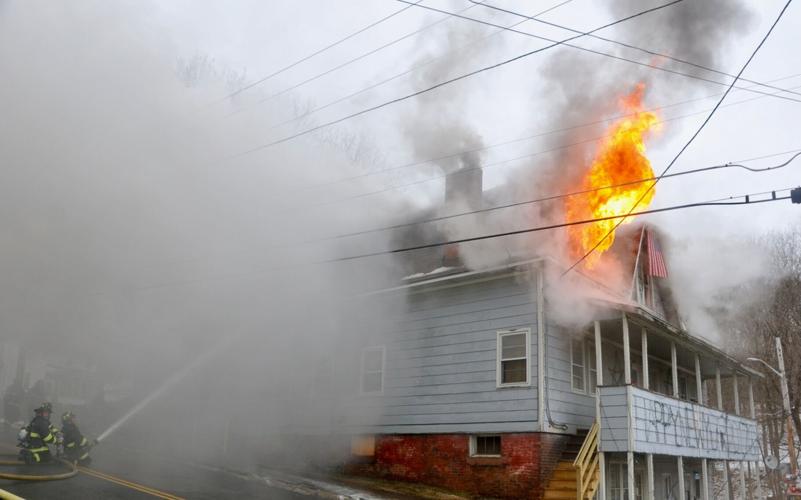 Firefighters battle a fire at 246-248 Houghton St. in North Adams. The building later sold, but promises of improvements to the property haven't been kept, to the dismay of city officials. 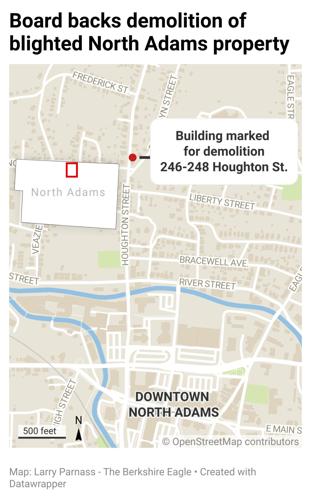 NORTH ADAMS — Nearly four years ago, a fire destroyed a multifamily home on Houghton Street. A developer purchased it with plans to level it and create a new six-unit building.

But years later, little work had been done. Its missing windows give way to cavernous holes beneath a compromised roof. As the developer himself puts it, the place is "in dire straits."

Now, the city is taking initial steps to demolish the property at 246-248 Houghton St.

"From a health standpoint, this is one of the worst structural buildings that we have in the city that needs to come down," Heather DeMarsico, the city's health director,  told the Board of Health on Wednesday. "The building's just collapsing. I don't even know if it will make it through winter without having some serious damage."

The building's owner, Garabed Setrakian, agrees that the building is a problem. "It's atrocious that this building was left in this state, and I am regretful that it is the case," he said.

Even the mayor agrees blight is a major problem for North Adams, so why are residents still looking at these abandoned properties?

Setrakian, a Boston real estate broker, is asking for more time to come up with funding to demolish it himself and to develop the property.

The board voted Wednesday to allow North Adams to move forward with the demolition, a process that will take months, according to Bill Meranti, the city's building inspector.

In early 2019, a fire ravaged the three-story apartment building. Setrakian bought it in 2020 for $5,000, according to property records.

His plans to demolish the building and create a six-unit property were approved by the city in March 2021, but the project went nowhere. Setrakian asked the board Wednesday for an extension on its decision to demolish it, saying he needed more time to secure funding for his project. He said work was delayed by the death of his father in the spring.

"I know it sounds like a bouquet of broken promises from how I've been presented so far on on the story of 246 and 248 (Houghton)," he said. "I can't emphasize the ferocity and the volume of what I had to go through."

Setrakian said he understands that the building is a neighborhood problem. "There's no excuses," he said. "This is a health hazard. It is a danger."

He asked for a 45- or 60-day delay in the board's decision. "Truly, I am next to nothing but begging you guys for an extension on this much-delayed demolition," he said.

Setrakian said he needs time to get money together for the demolition — and to move his project forward.

The building inspector was not moved. "At this juncture, the city has watched you go through different variations of your plan ... but then nothing ever happened at the site," Meranti said. "So the view of the city is that now we need to step in and we need to have this building taken down. You at any time in the past and from here until the first wrecking ball shows up there can do this yourself."

"Truly, I am next to nothing but begging you guys for an extension."

It would cost $89,000 just to tear the building down because it likely has asbestos, Setrakian told the board, citing an estimate he got.

That's money the city does not want to spend, but Meranti doesn't see an alternative. He said Setraikian is still free to pursue his own demolition while the city starts its long process.

"If you were to get your funding together, the city has no desire to spend the amount of money that you mentioned earlier to demolish this building, and then put a lien on your property, when we could take those resources and put them elsewhere," Meranti said.

It isn't clear why Setrakian would prefer to arrange the demolition himself, rather than have the city do it. He argued to the board that if the city started its demolition process, then he would have a hard time getting a contractor to demolish the building for him, if he did get funding.

When the city demolishes buildings, it puts a lien on them to recoup the cost, according to Beverly Cooper, the city treasurer and collector.