NORTH ADAMS — A group of neighbors raising objections to a proposed outdoor cannabis business on Ashland Street have the support of the city’s mayor.

Last week, the Planning Board approved New England Alchemy LLC’s application for a special permit to manufacture and grow cannabis outdoors at 537 Ashland St., if the company submits improved parking plans that the city approves. The company also still needs approval from the Conservation Commission.

But Mayor Jennifer Macksey told the City Council this week she has concerns and will challenge the Planning Board’s approval.

“I don’t like what happened the other night at the Planning Board meeting,” she said. “I will not shortchange the people on this petition, the neighborhoods, and I hope you won’t either.”

“With this, please know that the present situation is in the hands of our legal counsel,” Macksey said. “And we will be challenging the approval of the application as it was presented.”

She later added, “I’m certainly not against cannabis, but what I’m against is deteriorating our neighborhoods.”

After some debate about smell, North Adams Planning Board OKs outdoor cannabis grower on Ashland Street

After reviewing the company’s application, Macksey said she had concerns about parking, security, conservation, and a reference to an incorrect map and lot number. “But most importantly, the lack of public participation in this meeting, because it was held on Zoom rather than in person,” she said.

Macksey said her administration asked the Planning Board to postpone making a decision.

Calls to both the company’s owner and a lawyer representing it were not returned.

More than 30 residents on Davenport, Church and Corinth streets and Highland Avenue — nearby but not abutting the site — signed on to a petition opposing the project.

“We suspect that this business will negatively impact our property values and our quality of life, especially during the growing season,” Diane Parsons, a resident of Highland Avenue told the Council Tuesday night, reading from the petition.

Discussion of possible odors came up at the Planning Board meeting last week. The company plans to use plants like lavender to mitigate the smell, its application says. 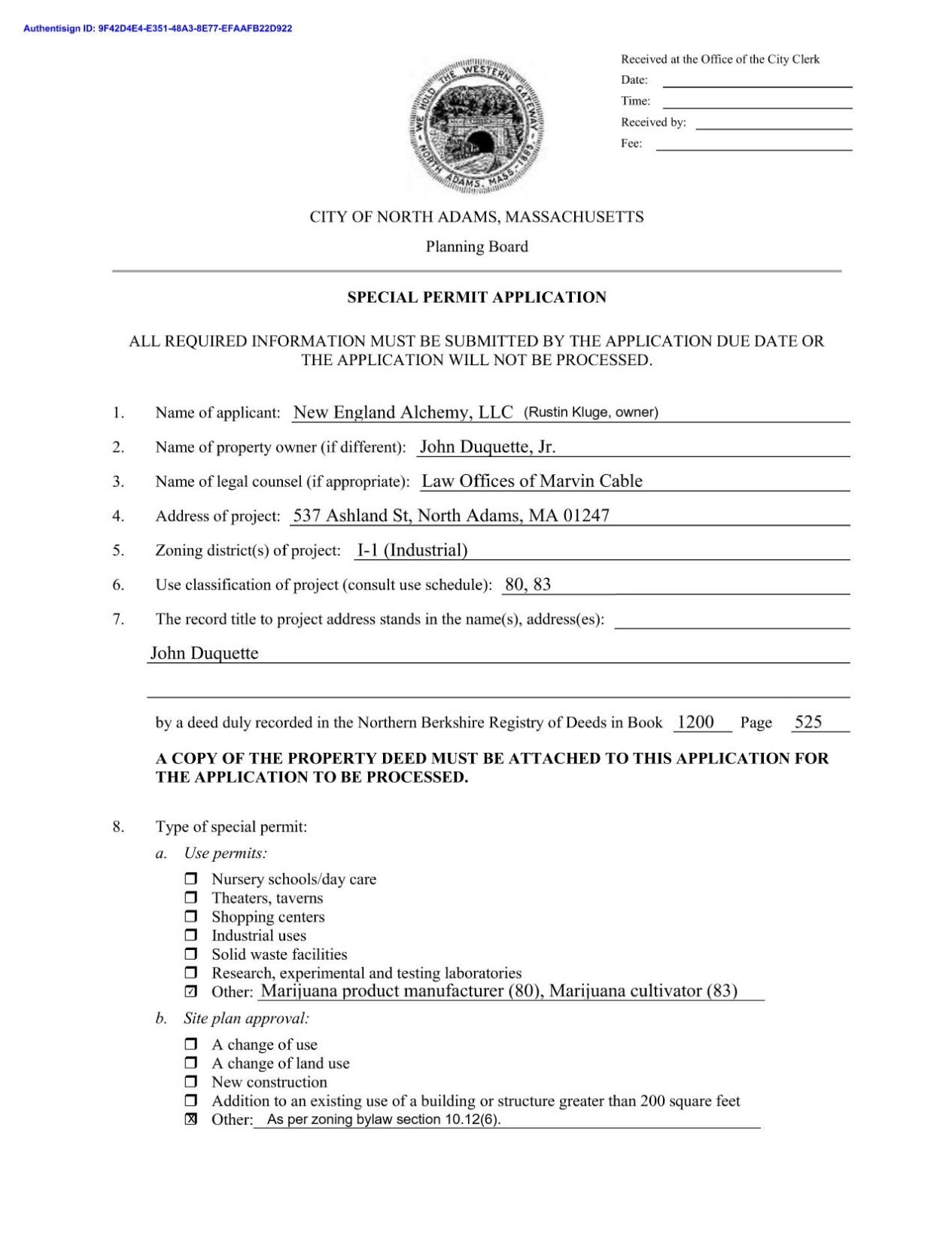 “It’s impossible to say there will be no smell ever,” owner Rustin Kluge told the Planning Board.

The site is in an area zoned for industry, he added. Brian Miksic, the board’s chair, underscored that point last week. “This is specifically zoned to be able to handle things like this,” he said.

The business proposes to put an 8-foot-high fence around the property “to ensure visibility of plants is eliminated from all reasonable vantage points,” the company wrote in its application.

Neighbors opposed the approval of an outdoor cannabis operation in North Adams. So the mayor is suing the Planning Board and the company

The OK for a North Adams cannabis project, already abandoned after the mayor challenged it, is officially scrapped

The company, New England Alchemy, does not have plans to re-file for a new permit in the city.