Councilor Marie Harpin filed an Open Meeting Law complaint with the state last week, alleging that an email Councilor Keith Bona sent to all councilors about the tax rate was a violation of the law. 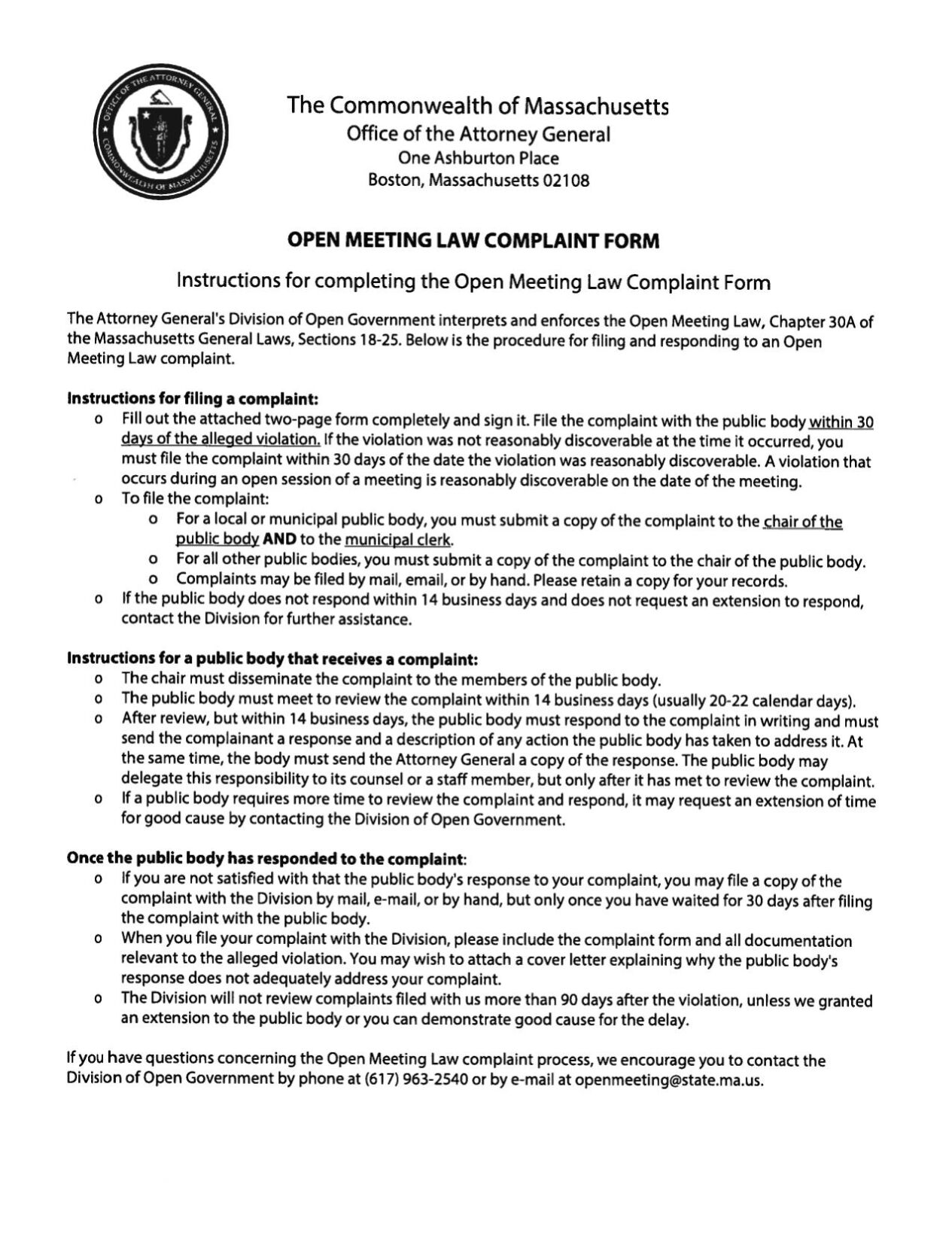 Between two November council meetings about property taxes, Bona forwarded all councilors an email from a property developer who is against a high commercial property tax rate. Among other points, the developer argued in his email that high rates lead to nonprofits, which can be exempt from property taxes, to buy property instead of renting it, taking property off city tax rolls.

Bona forwarded the message to all councilors. “I wanted to pass along,” he wrote. “He brings up a good example.” Bona pointed to a nonprofit renting a space from the developer in the city. “Tenants can only afford so much ... absorbing taxes is part of their expense,” he said, adding that a nonprofit may find it cheaper to buy the building and not pay property tax rather than absorb property tax in its rent from a landlord.

He added examples of a few nonprofits that have bought their buildings.

A few days later, Harpin filed an Open Meeting Law complaint about the email, arguing it was deliberating on a council issue outside a public meeting.

What will you pay in property taxes? North Adams finalizes rates

What will North Adams property owners pay in taxes next year? City leaders are debating. They want to hear from you

“Councilor Bona added a paragraph of deliberation to reinforce the developer’s opinion and status in the community,” her complaint says. Bona has served on the council for years, she wrote.

“As a highly seasoned public official and Councilor, he knows the Open Meeting Law and the requirement that public bodies be open,” she wrote. Because of his experience, the violation was intentional, she said.

Harpin declined to comment on the complaint she filed.

The law says communication between a quorum of members of a public body — a majority in the case of the city council — on issues relevant to the group has to happen at public meetings, according a page about the law on the state’s website.

Bona disagrees with Harpin’s complaint. “There was no back and forth between any councilors. Councilors in the past, including myself, have forwarded information prior to meetings,” he said.

He is frustrated that Harpin didn’t talk to him before filing the complaint. “You don’t have to run to the state to file something,” he said. “I’d be happy to check with the state myself and say, ‘Hey, is this deliberation?’”

He thinks the complaint was politically motivated. “If it was a comment that supported her side, she probably wouldn’t have filed it,” he said.

A special City Council meeting called to discuss a response to the complaint was scheduled for Monday and then cancelled. Only Bona needs to reply to the complaint, City Council President Lisa Blackmer said, citing information she got from the city solicitor. He is drafting his reply.

Over the past year and a half, the state has issued decisions on three other Open Meeting Law complaints about the City Council or its committees, according to a state database. All three were filed by Jennifer Barbeau before she was sworn in as a councilor.

Seven members did violate the Open Meeting Law last year when they didn’t sign an Open Meeting Law certification form in the legally allowed time. That was resolved informally without a fine. In the case of the two other complaints against council committees for other alleged issues, the state ruled there were no law violations.