NORTH ADAMS — A zoning measure aimed at encouraging more dense development in and around downtown is closer to being a reality.

The Planning Board voted to adopt design standards Monday night for the city’s proposed ‘Smart Growth’ zoning change — a step that Zachary Feury, project coordinator in the city’s Office of Community Development, said is the last before the state can give the city final approval.

What is ‘Smart Growth’ Zoning: Chapter 40R, the section of state law that allows it, increases the amount of land zoned for dense housing.

Under the zoning change, 20 percent of units must be affordable — open to families that earn 80 percent or less of the area median income. It doesn’t require all new developments in the particular areas to comply, instead, it’s another zoning option that projects can fall under.

Planning Board members approved the standards quickly in the meeting Monday, which lasted about 15 minutes. The design standards are to ensure that developments built under the zoning provision blend in with the buildings and neighborhood around them, Feury said at the meeting.

Planning Board member Lynette Bond noted that she liked that the standards encourage underground utilities and allow the city to ask for traffic studies for developments that use the zoning.

The standards were submitted to the state and given preliminary approval before the Planning Board took them up, Feury said. 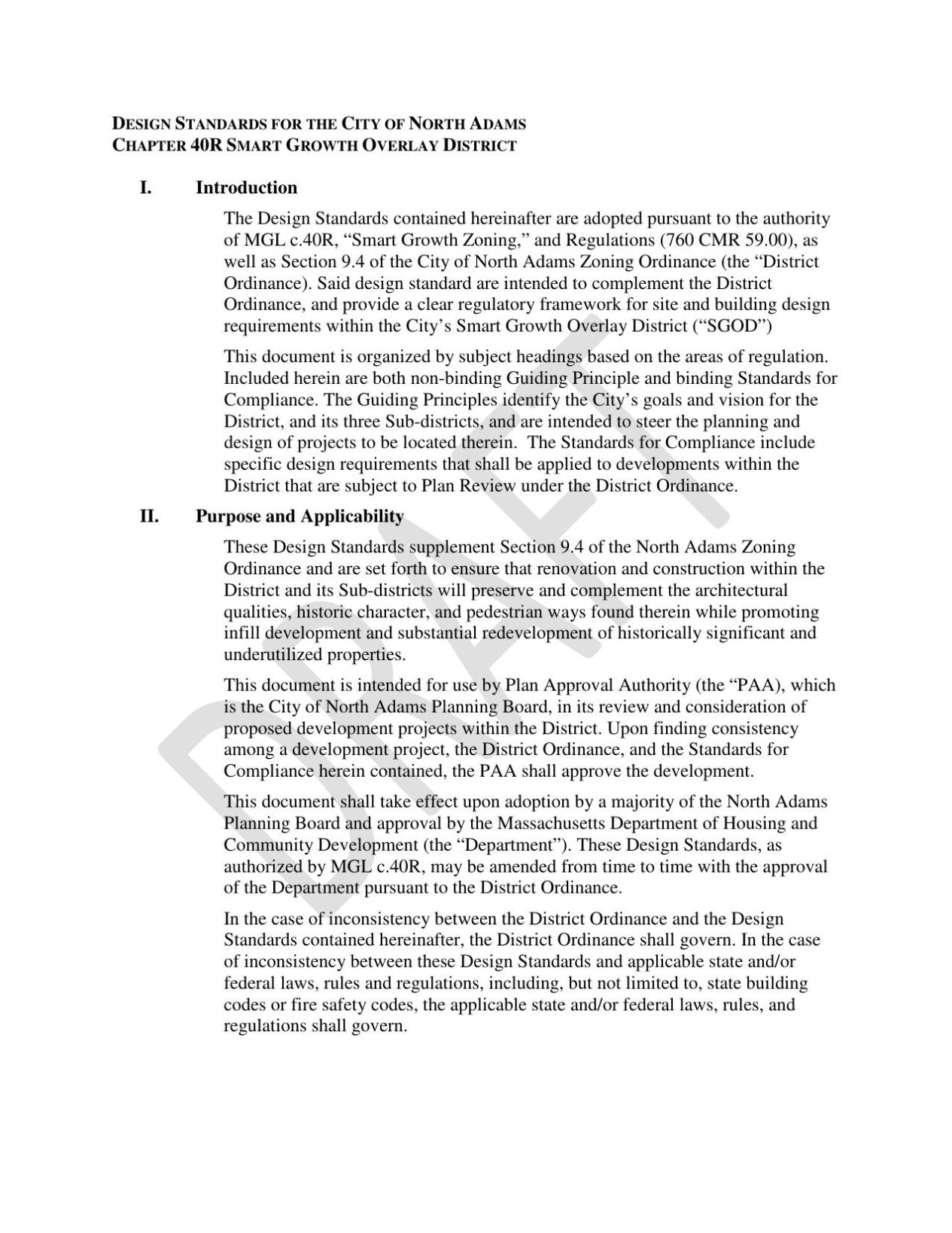 “This is sort of the last step in this process is for the Planning Board, as the planning approval authority, to adopt the design standards,” Feury told the group.

The final step, Feury told The Eagle, is to get state approval. “It’s not officially on the books, so to speak, until the Department of Housing and Community Development issues a final approval,” Feury said.

Greta Jochem can be reached at gjochem

More dense development could happen in and around downtown.