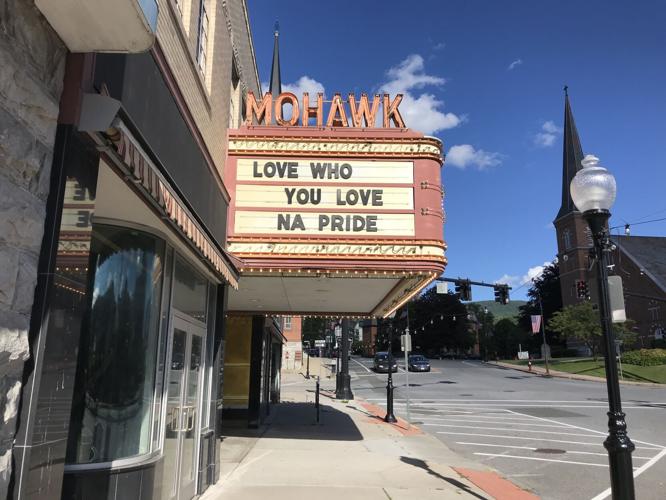 A message is put on the Mohawk Theater in North Adams for pride month in June 2021. 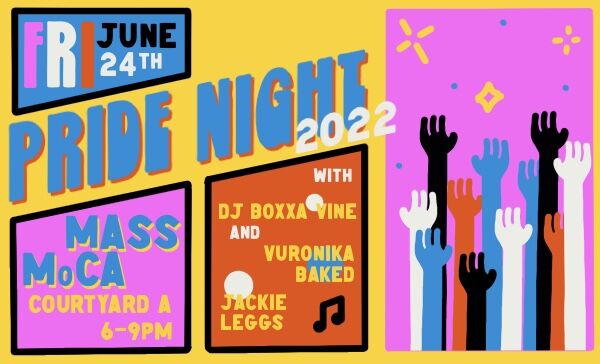 A message is put on the Mohawk Theater in North Adams for pride month in June 2021.

NORTH ADAMS — A celebration is planned for next week to mark LGBTQ Pride month with a variety of activities in the courtyard outside the Massachusetts Museum of Contemporary Art.

The free event is family friendly and sponsored by a number of local businesses. From 6-9 p.m. on June 24, there will be art installations, music, a voter registration station and short presentations from community members, organizers said. Food will be available from Chingón Taco Truck and Door Prize, and drinks will be available from Bright Ideas Brewing and a cocktail bar.

“It will be a celebration,” Andrew Fitch, a city resident and one of the event’s organizers, said recently at a City Council meeting. But, it’s more than that, he added.

“It’s not just a party. This is an opportunity for everybody in the city to get to know and better understand the LGBTQ community here, what its needs are, (and) how we can better support it.”

Pride month, celebrated every June in honor of the 1969 Stonewall rebellion, aims to achieve equal justice and equal opportunity for LGBTQ people.

“The queer community has a lot to celebrate,” Fitch added in a statement, “but the fight for our rights is far from over.”There has been a rise in physical and legal attacks against transgender people, Riley Howard, an event organizer and co-owner of the Bear & Bee Bookshop, said in a statement.

“Just as anti-gay sentiment was used to propel politics in the 1990s, conservative politicians today are using trans and nonbinary people as scapegoats to build their political movements,” Howard said. “In many ways the situation of trans people in the US and abroad is more precarious than it was a decade ago.”

Organizers held a similar event last year, which they said was the first of its kind for the city and drew a crowd.

Berkshire Pride reminds residents of the love within their community, the need to stand up for LGBTQ rights

Berkshire Pride returned from its pandemic hiatus to host what attendees from the Berkshires and beyond called a banner year for the festival. With a new parade, a roster full of drag performers and more than 100 vendors, Berkshire Pride filled the Pittsfield Common Saturday with a whirlwind of love.