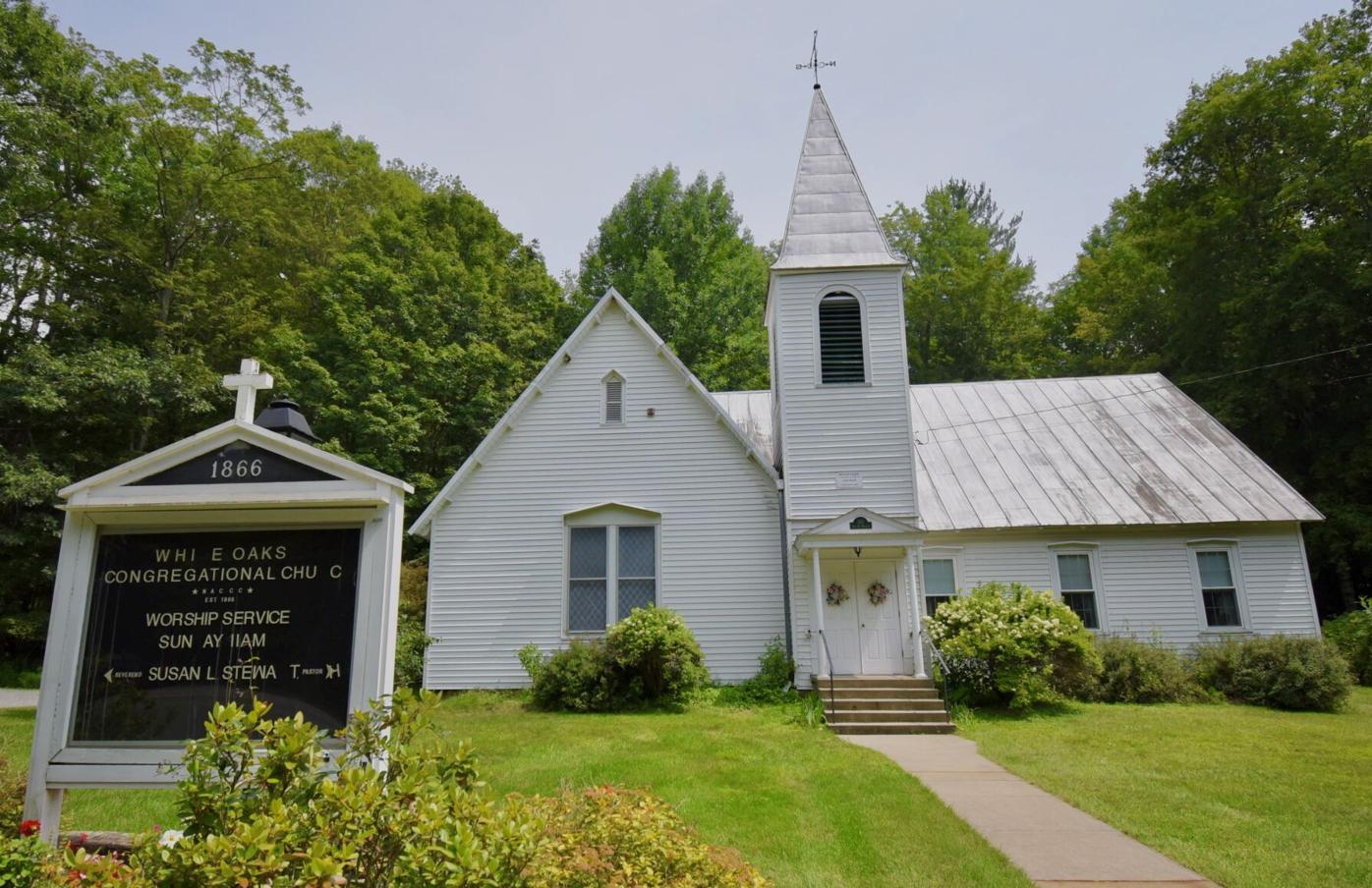 White Oaks Congregational Church was founded at a time — 1866 — and place where many Black families found a haven in the surrounding neighborhood, only to be forced out through gentrification in the coming years. 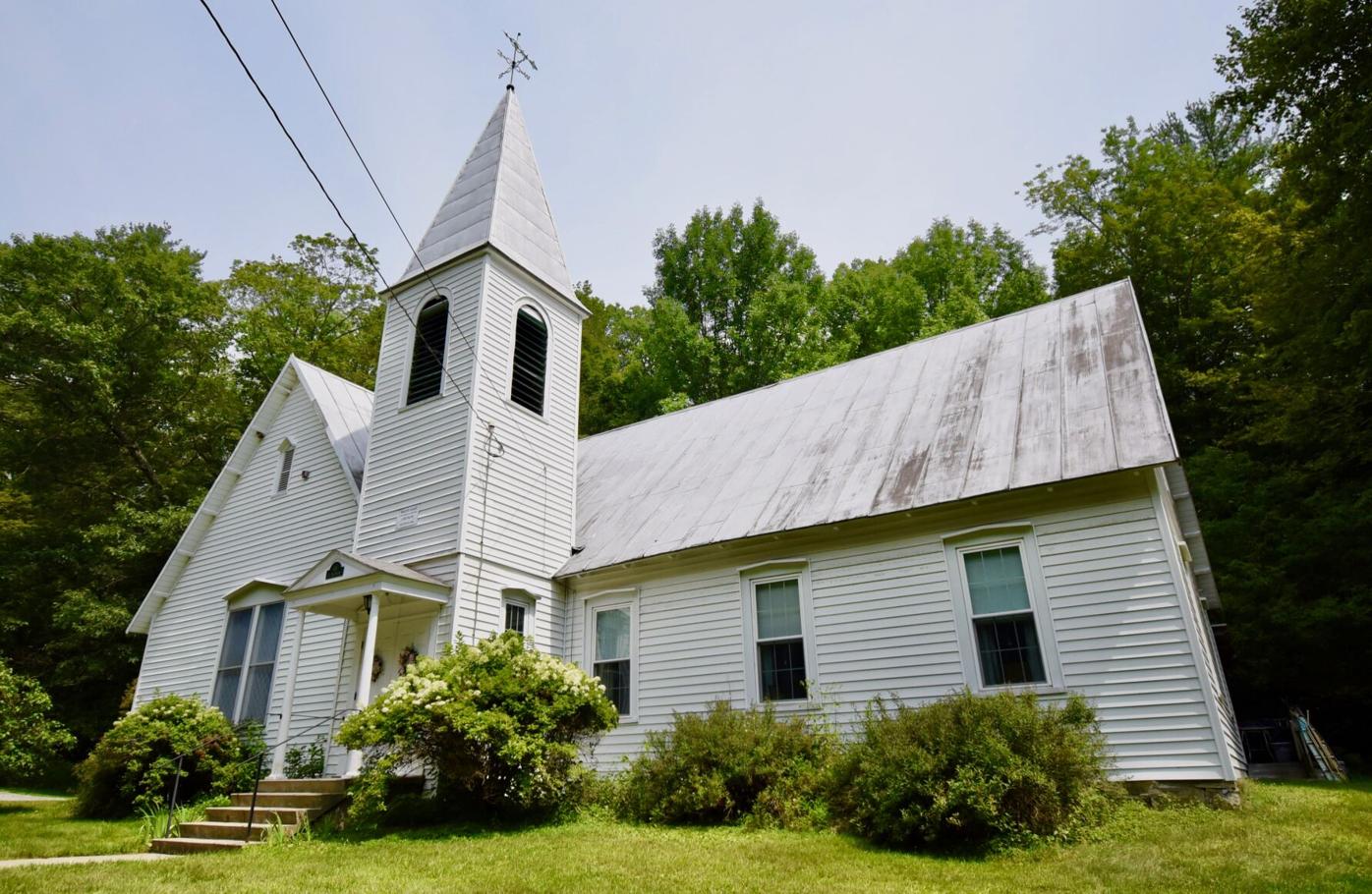 Early Williams College professor Albert Hopkins built the White Oaks Congregational Church, and started leading services there in 1866. By 1892, most of the churchgoers lived outside White Oaks, and they were more affluent and became the main influencers in the church community.

WILLIAMSTOWN — The White Oaks neighborhood was once the main haven for residents of color in the community. Until the late 1800s, locals used a racial slur to refer to it.

By the 1940s, those residents mostly had been driven out of the neighborhood as property slowly was purchased by more-affluent families, and a campaign of racism involving burning crosses and Ku Klux Klan rallies at the White Oaks Congregational Church was carried out.

That ugly history is among the findings of a study conducted in 2019 by Williams College students Katie Orringer and Morgan Dauk, seniors in the Environmental Studies class taught by professor Sarah Gardner and requested by Bilal Ansari and Andrew Art, separate from their work on the Diversity, Inclusion, and Racial Equity (DIRE) committee. It was released last fall.

“The history behind how the town became whiter and more gentrified has been largely untold and even hidden,” the study reports. “As part of our historical narrative, we will discuss these hidden histories.”

Now, Ansari, a former member of DIRE and assistant vice president for campus engagement in the Office of Institutional Diversity, Equity, and Inclusion at Williams College, hopes the exposure of past efforts to marginalize peoples of color in Williamstown will lead to a better understanding of different communities during this time of national racial reckoning.

“I would hope we’re at a place now where we can really listen to the marginalized, believe and understand their travails and want to know their stories,” he said. “We’ve never fully grappled with our painful history with Native Americans and Black residents of Williamstown.”

The image of KKK members riding through Williamstown in their white robes and with burning crosses in Black neighborhoods might seem antithetical to the image residents carry with them today in the “Village Beautiful.”

One section of the report focuses on White Oaks, which is located in the northern end of town, near the Vermont border. It was somewhat isolated at the time by the Hoosic River and the Boston Main railroad tracks, according to the report. Townsfolk referred to the area in derogatory terms, including “the wrong side of the tracks.”

After the area was harvested for timber and largely cleared of trees by about 1800, it became a haven of sorts for poor and displaced people, some of them seeking shelter as freed or escaped slaves.

In 1850, the report notes, 15 percent of the White Oaks area was Black. There were no Blacks living in southern Williamstown.

According to the report, historians at the time wrote that the congregation of lower-income families “brought poverty, alcoholism, demoralization, and occasional violence to the upper White Oaks area,” a perspective that echoes racist thinking of that time period (thinking that persists in many minds to this day), and was “written from the perspective of those who regarded White Oaks citizens as outcasts.”

Early Williams College professor Albert Hopkins shared that perspective and decided that spreading the Christian message to people living in what he called a “waste place” would fix the problem, so, he built the White Oaks Congregational Church. He started leading services there in 1866. By 1892, most of the churchgoers lived outside White Oaks, and they were more affluent and became the main influencers in the church community.

Then came the KKK.

“Known for their racist ideals and violent nature, the KKK actively recruited in Williamstown and North Adams on multiple occasions throughout the 1920s,” according to the report. “Their efforts were reported in The North Adams Transcript, which described meetings hosted by the KKK that were open to the public — events which many people outside of the organization attended. Activities often included burning large crosses, in White Oaks specifically, that were populated by Black residents.”

As time went on, the KKK became embedded in the community, and the group started hosting meetings at the White Oaks Congregational Church, in the historically Black neighborhood that still had a significant number of families of color.

When “Birth of a Nation,” a blockbuster film that glorified racism and the KKK, screened in Williamstown in 1916, “KKK members rode through the streets promoting the movie and its racist message while mounted in full regalia,” the report said. “The movie was well-received by white citizens, and streetcar schedules were even modified to match screening times as they ran from North Adams to Williamstown.”

By the 1920s, the racist attitudes had swelled enough to spark frequent cross burnings in the area, further terrorizing Black families.

Ansari has roots that lead back to White Oaks, where his grandfather was raised.

“I have roots there, and the stories run deep,” he said.

Ansari sees parallels between the historical accounts and contemporary events in town, especially the reaction by some to the work of the DIRE committee, which was to portray the committee “as if we are the problem. Is this really the DNA of Williamstown?”

He noted that the previous time a cross was burned in Williamstown was on the college campus, during the 1980s.

Art, who still is a member of DIRE, said this hidden history of racist acts in Williamstown “deserves to be told in a more sensitive way than it has been in the past.”

Ansari and Art think some sort of a marker in town that acknowledges the Black history of Williamstown would be a step in the right direction.

“We have monuments to many things, but we don’t have markers recognizing the people who were mistreated, former slaves forced off their land,” Art said. “That needs to be known.”

Our Opinion: Why report the past? A case study in Williamstown

It’s a cliche for a reason: Those who don’t know their history are bound to repeat it. There is a corollary to this axiom, however, that often…