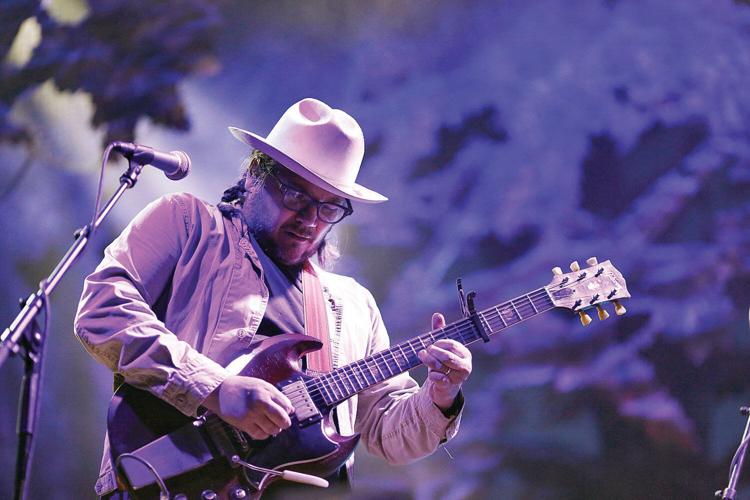 Wilco frontman Jeff Tweedy, pictured here at the 2017 Solid Sound in North Adams, said the festival is "the purest expression of what Wilco is to us." 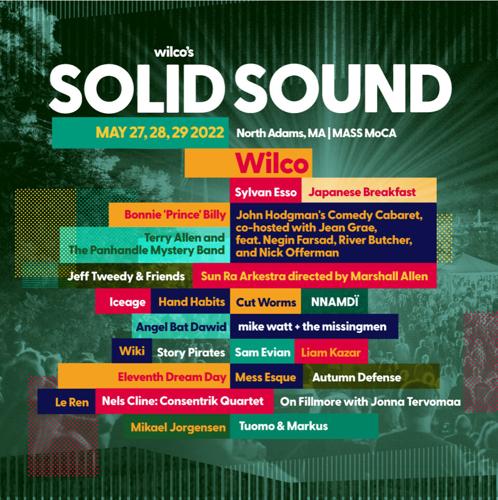 The announced lineup for Solid Sound.

NORTH ADAMS — After going on hiatus during the COVID-19 pandemic, Solid Sound is back this weekend, bringing thousands of people to the city for three days of live music.

The festival, curated and headlined by alt-rock band Wilco, began in 2010 and has since become a biennial staple at the the Massachusetts Museum of Contemporary Art. It was cancelled last year because of COVID-19.

Who is performing: Artists include Sylvan Esso, Japanese Breakfast, Bonnie ‘Prince’ Billy, and, of course, Wilco.

The logistics: An estimated 8,000 people will be at the concert each day, according to a festival spokesperson. Passes for the full weekend and tickets for Saturday are sold out, but there are still tickets for Friday and Sunday.

The event will go on, rain or shine.

Vaccination is required for those ages 5 and older. Masks are required when indoors.

The museum will still be open 10 a.m. to 6 p.m. every day, including Memorial Day.

The road ahead: At peak times, like Saturday evening, the city plans to close Marshall Street to traffic, Mayor Jennifer Macksey said.

The city is also selling parking passes for the St. Anthony’s lot for $40 per day, she said.

Business boost: Local businesses will likely see an uptick in traffic. “If you’re within the downtown loop, you’re going to be busier,” said Glenn Maloney, president of the North Adams Chamber of Commerce. “The festival goes on for three days, and most attendees aren’t going to be in the campus for three days.”

He knows from experience. When his wife owned a coffee shop on Main Street, it stayed open late during Solid Sound.

“We did a month’s worth of revenue in two and a half days,” he said. “I’ve never sliced so many bagels.”