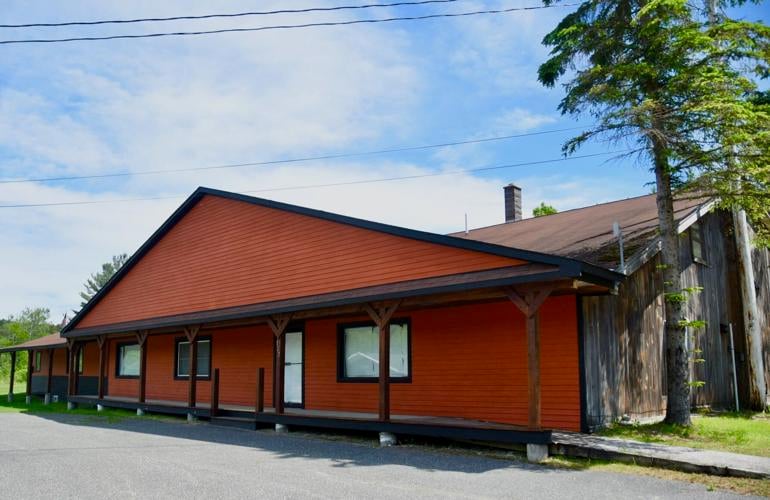 The old general store in Florida — it was the only one in town, and it closed 10 years ago — has been bought by the owners of the Wigwam Western Summit in North Adams. After discussing the project with the town Select Board, the reaction was enthusiastic, one of the store’s co-owners says. 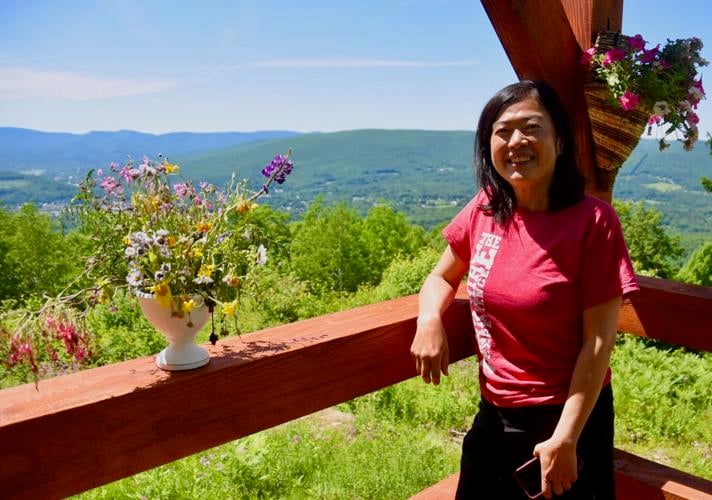 Lea King, co-owner of the Wigwam Western Summit along with her husband, Wayne Gelinas, said the plan at present is to combine the sale of household staples and regionally themed merchandise at the “country store” while also offering prepared foods. 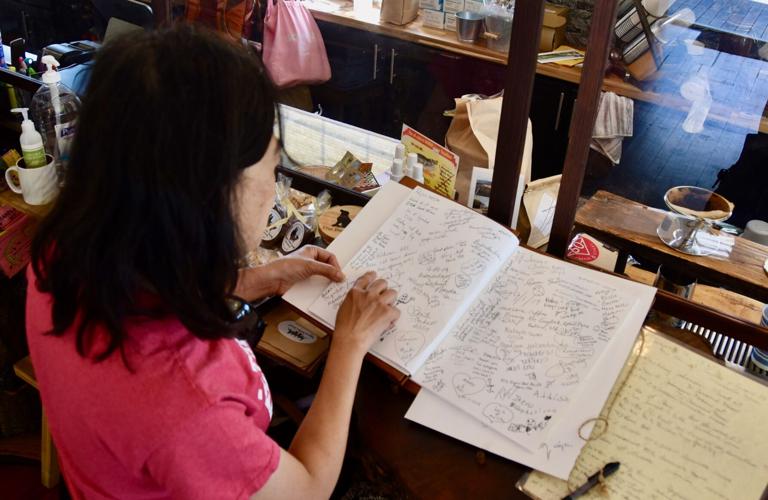 King looks over a store guest book. The store won’t open for a few more months, but when it does, King said, it will stay open all winter to serve local residents, snowmobilers and skiers passing by.

FLORIDA — For years now, residents of this little mountain town have had to drive to the bottom of Florida Mountain and into North Adams to get groceries — even for that empty carton of milk discovered just before dinnertime.

The only general store in town closed more than 10 years ago. Now, Lea King and Wayne Gelinas might have a solution — reopen the store.

Since 2018, the husband-and-wife team has been operating the new Wigwam Western Summit, which sells gifts and souvenirs, serves food and beverages and offers panoramic views of the Berkshires from Florida Mountain.

They reopened the legendary store after heavy renovation. They also renovated the small cabins and the house on the property, which they now rent to visitors and which constantly are booked.

In January 2020, they bought the vacant general store just over the boundary, in Florida.

“Our mission is to make the Mohawk Trail beautiful again, and we’ve dedicated the second half of our lives to this,” King said. “We hope to capture 100 percent of tourism on the Mohawk Trail” at one store or the other.

After installing a new heating system, King said, they spent over a year renovating the second-floor, four-bedroom apartment, which they just started renting out on Airbnb. Next up is the store space.

King said the plan at present is to combine the sale of household staples and regionally themed merchandise while also offering prepared foods. The store will feature installations of artifacts that reflect local history, such as items that offer perspective on the historic Mohawk Trail and the construction of the Hoosac Tunnel, which passes underground not far from the store.

“Locals need a place to go where they can get the basics,” King said. “I see it as a country store.”

After discussing the project with the town Select Board, King said, the reaction was enthusiastic. Gelinas grew up in Florida, so, he knows the town and many of its longtime residents.

King and Gelinas do most of the renovation work themselves. Since they bought the Wigwam, the upgrade in the facilities has been thoughtful, imaginative and detailed. The cabins are surrounded by views and forest, with fire pits, grills and tables for each cabin. A cozy deck built as an overlook takes advantage of the elevation for more amazing views of North Adams and beyond.

The house is notably contemporary, and, with large windows facing west, takes full advantage of the views.

The Wigwam shop is rustic, with lots of wood finishing, and yet it still has a modern feel. Much of the merchandise has a local flavor and historic feel, such as the postcards featuring local sites, or the replica train tickets, refrigerator magnets and mugs. Baked goods, coffee and cooked food to go are available. Locally sourced offerings are offered, such as Florida maple syrup and honey.

King said the goal is to upgrade the old general store space in a similar fashion.

The exterior has been painted anew, and the old telephone booth out front has been restored with red paint, solar-powered lights for the “Telephone” signs that surround the top of the booth, and interior lighting. There even is a mock-up of an old telephone inside.

“Since we finished it, people stop and take pictures a lot,” King said.

The store won’t open for a few more months, but when it does, King said, it will stay open all winter to serve local residents, snowmobilers and skiers passing by. The Wigwam store closes for the winter because it serves mostly tourists, which doesn’t provide much revenue during the winter. The rentals are available year-round.

At the Wigwam, King noted, “our impact is felt every day. We do small things for the community, and the community loves us right back. We want to do the same thing in Florida.”

Scott Stafford can be reached at sstafford@berkshireeagle.com

It's beginning to look a lot like Christmas, at least in Florida, Mass.

Even though it’s coming up on mid-July, the Christmas spirit is alive and well and living on Florida Mountain.