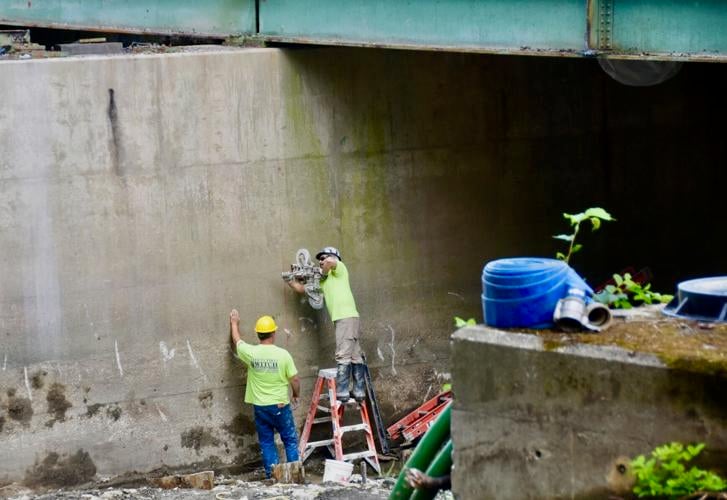 The Main Street bridge replacement project is a significant undertaking. Work is expected to be completed in 2026. 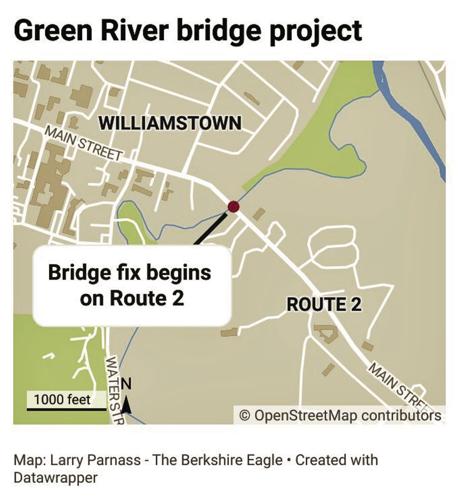 WILLIAMSTOWN — The $5.2 million Main Street bridge replacement has drawn a lot of questions from interested town residents. Here are some of the most frequently asked questions surrounding the replacement project:

Q: When did it start, and when will it be done?

A: The ground work started in the spring of 2021. Completion is anticipated for May 2026.

Q: Why will it take so long?

A: According to information provided by the Massachusetts Department of Transportation, the department conducting the project, the work includes the complete removal of the existing bridge’s superstructure and substructure.

It may seem like a simple bridge, but it happens to be at the confluence of a number of utilities. There are overhead and underground utilities located on, over and around the bridge, including an electric substation, electric lines, telephone lines, cable lines, fiber-optic lines, water, sewer and gas.

It is a complicated total replacement project. Among other things, that means completely removing the decks and installing new support piers, the bases of which need to be sunk into the ground beneath the river bed. To do that, they have to redirect the flow of the river.

All this has to be done while still allowing traffic to flow. So they have to do it in sections, one step at a time, because it is a main route with no easy alternatives.

In addition to the removal stages, the work includes bridge reconstruction, roadway reconstruction, drainage modifications, pavement markings, landscaping, and other incidental items. There will also be a retaining wall installed at the northwest corner.

A temporary panelized pedestrian bridge will be installed on the south side of the bridge in order to provide pedestrian access throughout construction.

Moody Bridge work — with weekend closures — coming to Williamstown in 2022

Q: Will the bridge be closed during construction?

A: The construction team will limit some traffic disruptions with night work, and reduced activity during the morning and afternoon commutes. Nevertheless, the road will likely be briefly closed in five, less than 24-hour closures. Traffic will be detoured north on Cole Ave. for the eastbound traffic and north on Ashton Ave. for westbound traffic. The closures are to allow for the erection of bridge beams on four occasions and during the initial curing of the concrete deck. Closings have not been scheduled yet.

Q: Do all bridge projects take this long?

A: No, some are shorter, depending on the extent of repair or replacement needed. However, it is not unprecedented. There are several bridges in the county that have been and are the subject of similar work, including the bridge on Route 7 in Williamstown just south of the Coyote Flaco restaurant in 2006 or so.

Q: What is the status of the work now?

A: Workers have shifted the traffic lanes to allow for work on the southern side. Much of the bridge work on that side has already been removed, with additional support structures in place to further brace the structure.

Q: How old is the bridge?

A: The existing bridge is a two-span structure built in 1939. Some of the history of the bridge will remain, including the bronze medallions located on the existing end posts and the existing flower pots.