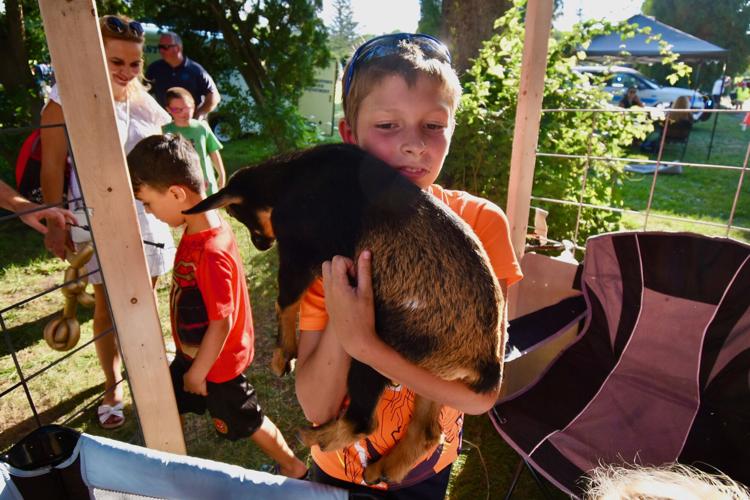 Carter Neathawn spends some quality time with a young goat during Tuesday's National Night Out at The Spruces in Williamstown. 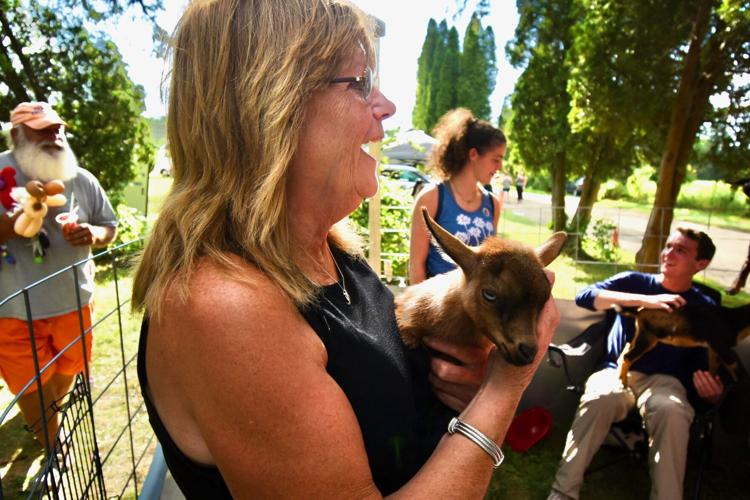 Linda Sciarappa gets to know Morgan the baby goat during Tuesday's National Night Out at The Spruces in Williamstown. 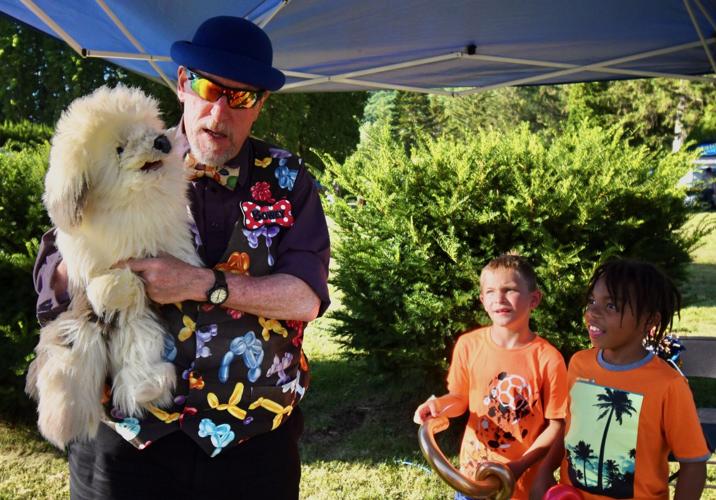 Bowie and his pet puppet entertain youngsters during Tuesday's National Night Out at The Spruces in Williamstown.

WILLIAMSTOWN — Morgan the goat, the smallest of his family, got a whole lot of attention Tuesday afternoon at the celebration of National Night Out at The Spruces.

Fenced into a little corral, Morgan and his friends, owned by Town Clerk Nicole Beverly, were passed around and cuddled by dozens of admirers. Between the goats and their fans, it tended to get a bit crowded.

Meanwhile, lots of kids, including human ones, took a tractor-powered hayride through the park and along some of a new bike trail.

Since 1984, National Night Out has been an annual community-building campaign that promotes police-community partnerships and neighborhood camaraderie through a community gathering. The point is having down time and family fun.

Williamstown revived the event last year after more than a decade, at a time when there was heightened tension between some in the community and the police department. Since then, the department has made progress in strengthening its bond with the community.

"No politics, no tensions. Just hanging out. It’s nice for a change.”

“We wanted to do it again this year to continue heading in the right direction, to build on that progress,” said interim Police Chief Michael Ziemba. He noted that hosting the event is in itself a community-building exercise.

“It takes a big volunteer effort to set up and take it down,” Ziemba said.

The bouncy slide was popular and Bowie the balloon artist was kept busy.

There were information tables, lots of first responders, both on and off duty, emergency vehicles for kids to climb around in, and burgers and hotdogs grilled up by members of the Select Board.

National Night Out draws families and first responders together

“I think this is a great way for the community to come together,” said Select Board member Randal Fippinger. “It’s so nice just enjoying each other’s company. No politics, no tensions. Just hanging out. It’s nice for a change.”