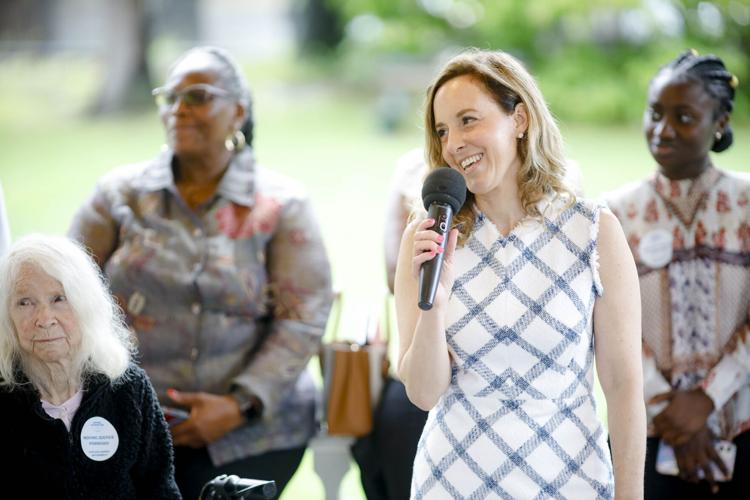 Berkshire District Attorney Andrea Harrington officially announced that she is running for reelection on Saturday at Town Hall Park in Great Barrington. 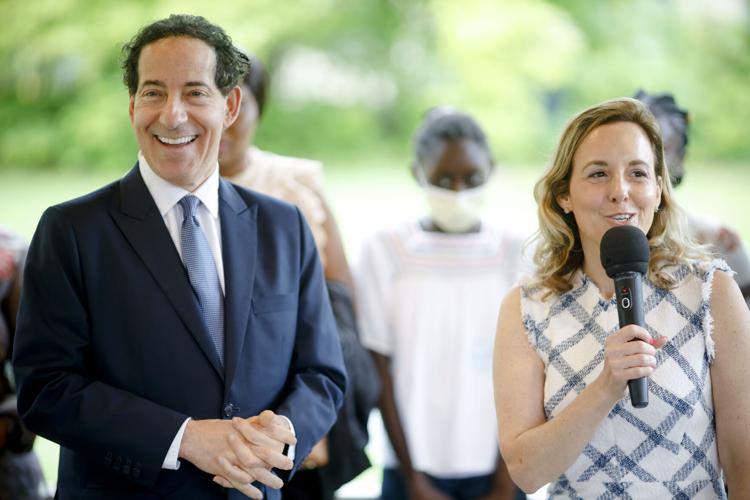 U.S. Rep. Jamie Raskin endorses Berkshire District Attorney Andrea Harrington for reelection at an event marking the official kickoff of her campaign. Raskin was Harrington's law professor 20 years ago, and described her as a person of "integrity and commitment.” Saturday, May 28, 2022. 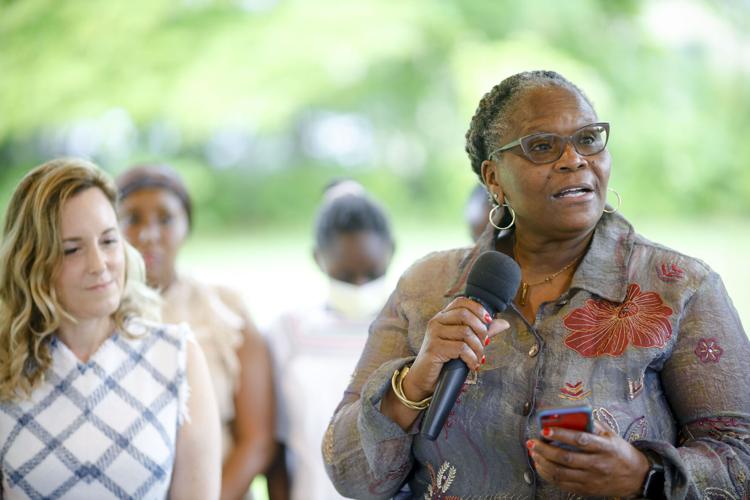 Community activist Shirley Edgerton speaks in support of District Attorney Andrea Harrington at the official announcement of Harrington’s bid for reelection in Great Barrington. Saturday, May 28, 2022.

“This campaign is not about me, this campaign is about a movement for fair and just prosecution that is equitable to all,” she told a group of about 60 people gathered at Town Hall Park.

Earlier this month, a spokesperson for Harrington’s campaign confirmed she would be seeking reelection, but Harrington had not yet made the formal announcement. She was elected as district attorney in 2018 after running on a progressive platform and working as a criminal defense attorney for 15 years.

Now the incumbent is running against longtime trial attorney Timothy Shugrue, another Democrat, in the primary election this fall.

“I will be running on a record of accomplishments,” Harrington said Saturday.

She spoke of practices her office changed. “We have ended the criminalization and over-prosecution of minor offenses. We prosecute those who are dangerous, we prosecute those who deserve it, but we provide paths to treatment for those that need it, and we totally remove the criminal justice system entirely when it causes more harm than good.” Her office often declines to prosecute crimes like shoplifting, some motor vehicle offenses and possession of “personal use” amounts of drugs.

U.S. Rep. Jamie Raskin, who was Harrington’s law professor 20 years ago, endorsed her on Saturday. “We’re living in a time when we need to be putting our very finest public officials forward to run every institution we’ve got. Because democracy is all of us, it’s everything. It’s not just federal, it’s state, it’s county, it’s local, it’s school board ... We need to be putting people in [with] the highest possible integrity and commitment in power, and that’s Andrea Harrington.”

We spoke with U.S. Rep. Jamie Raskin about his fight to save democracy. 'When everything looks hopeless, you're the hope'

Shirley Edgerton, a community activist, spoke in support of Harrington, saying she created an equitable and just system in the prosecutor’s office.

“Black people represent 12% of the United States adult population, but 33% of the prison population,” Edgerton said. “While white individuals make up 64% of the adult population, and 30% of prisoners. Mass incarceration is real and represents America’s history of enslavement and racial bias.” Edgerton praised Harrington’s juvenile diversion program. “We need DA Harrington to reduce pretrial jail time where individuals’ lives spiral downward [by] losing jobs and housing, setting up a scenario of desperation,” Edgerton added.

Gary Pratt, program director of Rural Recovery Resources, said he felt heard by Harrington. “You continue to listen to people who are affected by substance use, and I’m one of those people, a person [who is in] long-term recovery,” he said. “You understand that there are social determinants of health that guide addiction and that criminalizing addiction doesn’t work.”

The state primary is scheduled for Sept. 6. Harrington’s reelection committee had $12,358 on hand in cash at the end of April, according to the most recent report filed with the state Office of Campaign and Political Finance.

The Berkshire District Attorney's primary is two months away. Here's what you need to know

Voters will decide whether to re-elect Andrea Harrington, who has dedicated herself to reforming how prosecutors pursue justice, or to give local defense attorney Timothy Shugrue a chance to — in his words in March —“reinvigorate the office.”