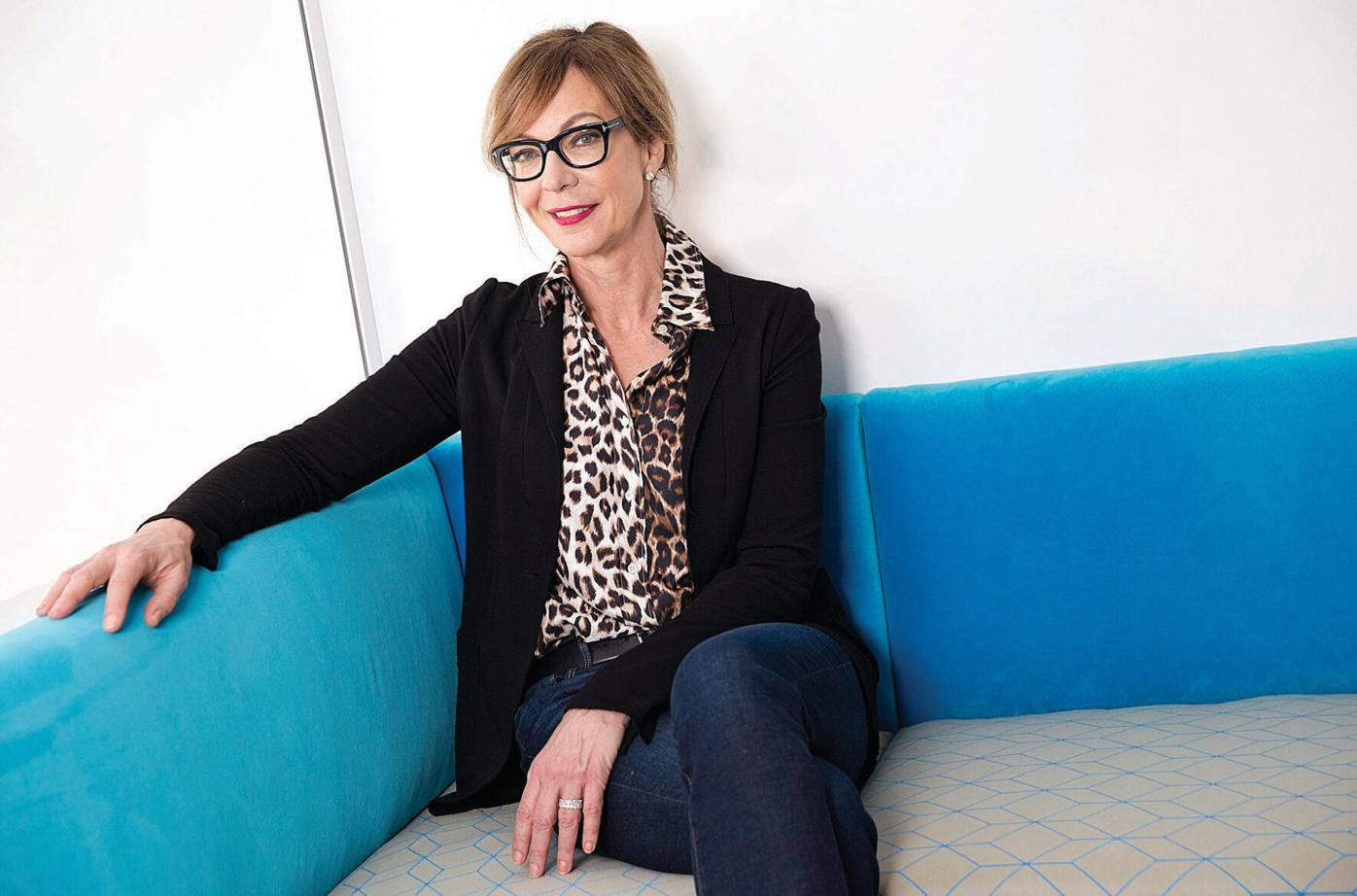 Actor Allison Janney wrote a letter to The Eagle in support of The Foundry and owner Amy Brentano. The performing arts venue is facing a special permit hearing Monday that might decide if and how it can operate. 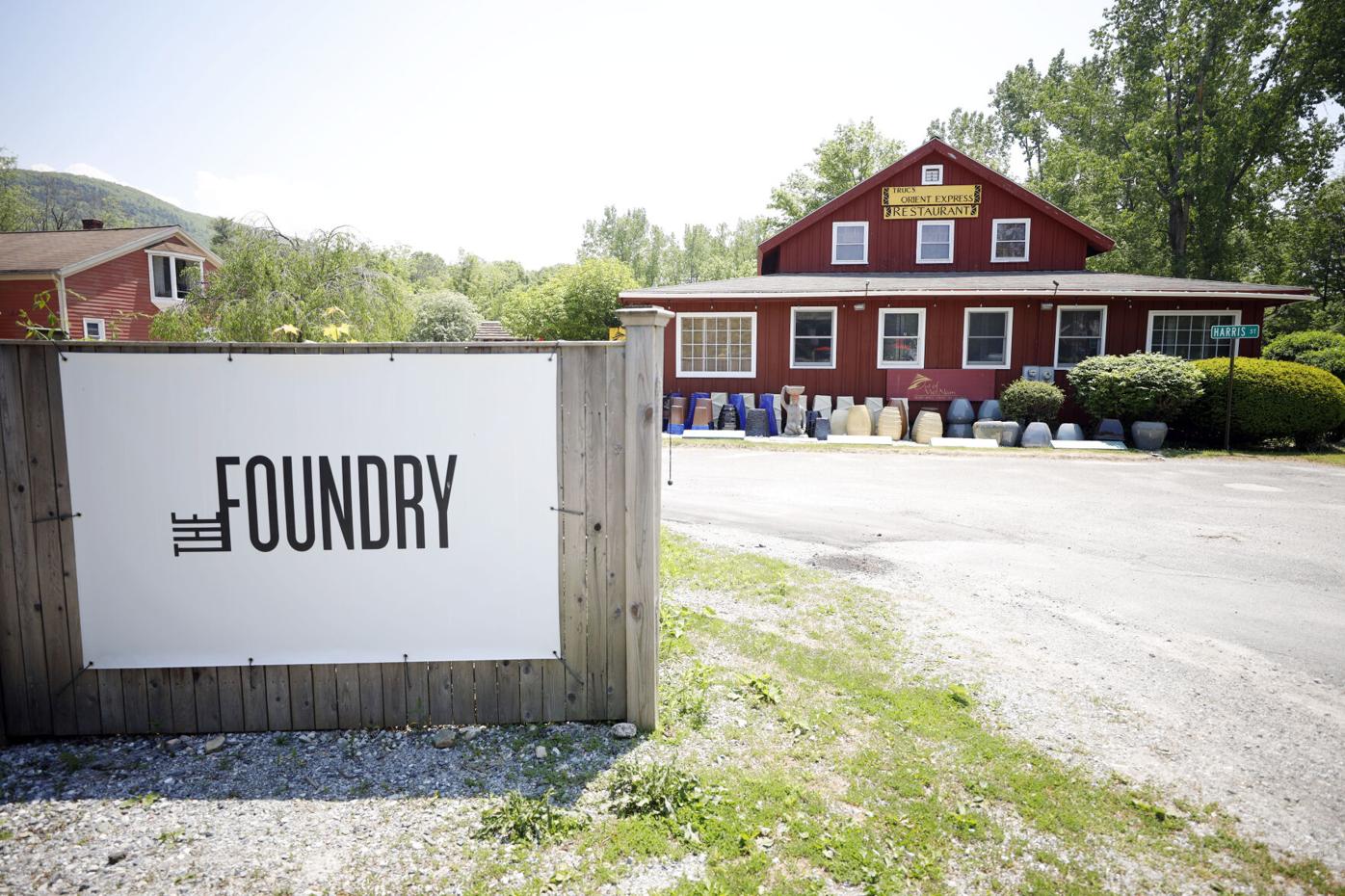 Access to Truc Orient Express has been all but cut off to anything except footbridge traffic, with the neighboring event space, The Foundry, needing to use its Harris Street property for outdoor event hosting. The problem, in part, has led to complaints that forced The Foundry to seek a special permit.

WEST STOCKBRIDGE — A legal dispute roiling this tiny Berkshire community and engaging people across the county now has captured the attention of two Hollywood celebrities and a former governor.

The feud over permitting, noise and road access, and amplified by coronavirus pandemic-related struggles, has been brewing all summer between two neighboring and beloved downtown businesses, the Truc Orient Express restaurant and The Foundry theater.

Letter: My support for Amy Brentano is rooted in my love for the Berkshire arts community

And with a special permit hearing looming for The Foundry, Academy Award winner Allison Janney, of "West Wing" fame, chimed in Thursday with a letter to the editor of The Eagle in support of a permit for the performing arts venue to continue operating. And on Friday, actor Allison Mackie also sent a letter to the paper; both women have, in the past, worked with Foundry owner Amy Brentano.

Brentano said that amid more than 100 letters of support, former Massachusetts Gov. Deval Patrick, who lives in nearby Richmond, sent a note of support to the town. The celebrity supporters are just a few who rallied for both pandemic-battered businesses as they face what they say is a make-or-break hearing, amid a situation that has fueled rage against town officials, and sowed deep divisions in a larger community that loves its food, art and culture.

The Select Board is scheduled to hold a special hearing at 6 p.m. Monday on Brentano's request for a special permit to operate the theater. The board in 2019 granted her an entertainment license but Brentano had not applied for a special permit, and the town has allowed her to operate without one in violation of the zoning bylaws.

And that hearing follows a packed and inconclusive Zoning Board of Appeals hearing Thursday in response to a request by Truc owner Truc Nguyen, who has requested that the ZBA enforce the zoning bylaw. The ZBA continued the hearing to Sept. 22, given that a decision Monday by the Select Board could make a zoning board decision pointless, said ZBA member Jack Houghton.

“They’re either going to say yes, or no, and if yes, then undoubtedly with conditions [around noise and other issues],” Houghton said, noting that the decision might not be made Monday because of the complexity and passion surrounding the dispute. “Strong emotions,” he added.

Janney, who for years has been involved in local theater, said she had acted in plays written by Brentano when they worked together decades ago in New York City, and that she was inspired by Brentano’s expansion of her work into the Berkshires when she moved here in 2002.

“I am passionate about the Berkshire artist community and The Foundry has become an integral and unique participant in that community in just a few short years,” Janney wrote. “I sincerely hope that there will continue to be joyful music, theater, dance and art in the center of West Stockbridge for many years to come.”

The special permit issue came to light in May, when Nguyen complained that Brentano, who owns the road that separates the two businesses, was, for safety reasons, planning to cut off or control access for the restaurant's take-out patrons by closing the road during weekend-only outdoor performances in the evening. Nguyen also was worried that this would continue when she reopens the dining room.

That road, Merritt Way, has been the only public access to Truc since the town in 1991 converted the Harris Street bridge into a footbridge, removing vehicle access directly from Main Street. Nguyen and her mother live on the hemmed-in property and run a store there, as well. The family has run the restaurant for 42 years.

Despite concerns raised by Nguyen, Building Inspector Brian Duval decided not to enforce zoning regulations against The Foundry after Nguyen's attorney, Mitchell Greenwald, requested it, according to emails between Duval and Greenwald obtained by The Eagle. In his response, Duval noted that The Foundry was applying for the special permit — with assistance from the town attorney, something Greenwald says is a conflict of interest and unfair to Nguyen.

In her request for zoning enforcement, Nguyen included allegations of high noise levels, trespassing, alcohol use and marijuana smoking by patrons of the venue as some of the reasons to enforce.

Brentano told The Eagle these are accusations without proof, and that The Foundry is cautious about alcohol and does not allow cannabis. She said she is grateful for the continuance of the meeting and for all the support.

“It’s heartening at a difficult time,” she said.

Nguyen said she also appreciates support she has received from the community. But, she said she continues to suffer because of noise from The Foundry, and says her takeout patrons often do not want to use the outdoor seating she has purchased. She has, on a number of occasions, expressed a sense of isolation as an immigrant in a very white Berkshires who feels unheard.

“The music harms me every weekend,” Ngyuen said of what is sometimes amplified sound at the outdoor stage. And she said she was upset by a video about Foundry shows, circulated on Facebook, that appears to mock her complaints about noise.

“I live here," she said. "How can you grant an entertainment license with zero consideration on the impact it will have on the neighboring businesses?”

One town resident says the situation is deeply painful for all, and that the town needs both businesses to succeed in what is a complex rural economy.

"Each party will need to make accommodations," Jon Piasecki said in an email. "The job of the Select Board is to build a level playing field to ensure fairness."

One says its noise. The other calls it music. Regardless, the outcome will likely hinge on decibels.

A Zoom official has contacted West Stockbridge police after hackers interrupted a Select Board meeting with threats and racial slurs.