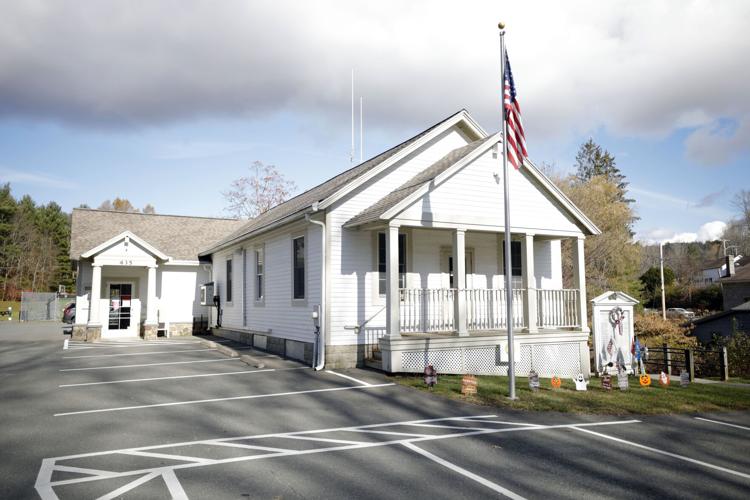 At a special Town Meeting at 1 p.m. Saturday, Monterey residents will be asked whether to pay $10,000 for an investigator to sift through a heap of complaints, most of them filed by town leaders against each other. This is a view of Monterey Town Hall. 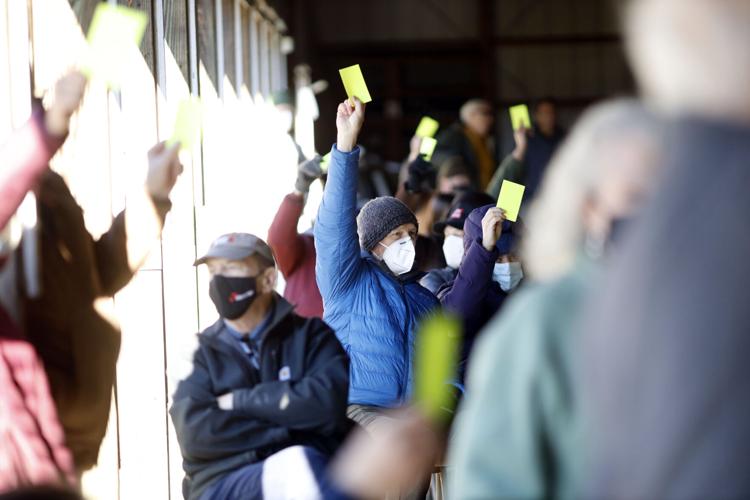 Monterey voters approve a citizens petition for an election recall special act during a special town meeting last year. The recall was directed at one Select Board member, and part of the larger discord over town governance. 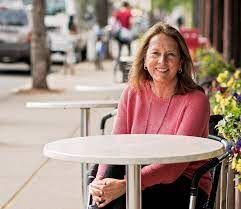 MONTEREY — Amid ongoing civic turmoil and a month after investigators issued a report on their probe into problems at Town Hall, an international conflict-resolution expert will offer her vision, in a talk called “Bringing Dignity to Monterey.”

“Who can argue with dignity? It’s not political; it’s not religious. It’s an inherent value that every individual has when they are born.” Lauren Behrman, Monterey-based clinical psychologist and mediator

Discord in town has reached a degree that even the suggestion of the event prompted pushback from various residents and was met with skepticism by at least one town official, the event’s organizer said.

A free presentation by Donna Hicks, author of “Leading with Dignity,” and an associate professor at Harvard University’s Weatherhead Center for International Affairs, will take place at 4 p.m. today on Zoom, with gatherings at the Monterey Library and the Community Center. Participants also can watch from home.

Hicks, who also wrote, “Dignity: Its Essential Role in Resolving Conflict,” has created a model to cultivate an awareness of how respecting dignity is key to bringing out a person’s best qualities. Hicks writes of both the elements of dignity and the temptations to violate it.

The late Archbishop Emeritus Desmond Tutu has praised her work, saying, “This book is a must read for those who want to experience peace in their everyday lives and peace in the world around them ... If you want peace, be sure everyone’s dignity is intact.”

Hicks’ model impressed Monterey resident Lauren Behrman, who attended one of Hicks’ seminars in December. A clinical psychologist and mediator herself, Behrman had seen the worsening discord in town and resulting entrenchment and personal attacks. Behrman thought the dignity model might plant a seed in residents and officials to act differently.

“To put a little pebble in the water to make some ripples and begin to shift the culture,” Behrman said. “There have been so many dignity violations in public — it’s really distressing.”

The trouble at Town Hall has brewed for at least a decade but came to a boil last year when a series of complaints by town officials against one another snowballed and set off more controversies and an investigation.

Suspicion and accusations continue to plague the town. An independent investigator closed out her report last month, but the report can’t be made public since the investigation is considered ongoing, said Select Board Chairman Steven Weisz.

On Tuesday, the town’s attorney quit. Brian Riley of KP Law cited unrest over the last year as compromising the firm’s ability to represent the town.

Behrman said reaction to a perceived assault on dignity is part of the problem and said Hicks believes reacting in a constructive way has to be learned, since “we’re biologically wired” to respond badly.

Others allow it, making everything worse.

“We can’t have this bystander effect with people watching people destroy each other,” Berhman said.

Some residents are welcoming the event. Others are skeptical and negative, Behrman said.

“I wasn’t able to get the town to support it,” she added. “It was a very grassroots effort — it took a village to make it happen.”

With fraud concerns resolved, lawmakers will go ahead with Monterey's election recall petition

Weisz, the Select Board chairman, did not speak to this, but said a request for support had not be brought to the board for approval.

Weisz, who said he’s not sure if he can attend the talk, supports the idea, provided that people act on what was learned. He said he doesn’t feel he and some town employees have been treated with dignity and respect in recent years.

“Anything that helps move us away from that I’m 100 percent for,” he said.

A number of community groups and residents gave financial support for the event. Hicks reduced her fee when Behrman explained the nature of conflicts in town. Hicks reportedly said this is familiar — for she too grew up in a small town.

“This is a first step,” Behrman said. “I’m hoping this will give the community some language and some concepts and stay in relationship with each other.”

Behrman finds the skepticism of some about the event puzzling. “Who can argue with dignity?” she asked. “It’s not political; it’s not religious. It’s an inherent value that every individual has when they are born.”

EAGLE INVESTIGATIONS: Investigators hired last year to probe complaints at Town Hall found the Monterey town’s administrator central to most conflicts, engaging in a misuse of power though “a pattern of conduct” that is retaliatory and manipulative — findings she strongly denies.